Hello Monday – seems winter is definitely coming; leaves are falling like crazy now that our extended summer has finally exited stage left, and cold air has moved in. Last week we had a tragedy in our small town, one of our oldest buildings in town caught fire – here’s what it looked like from the vantage point of our deck: 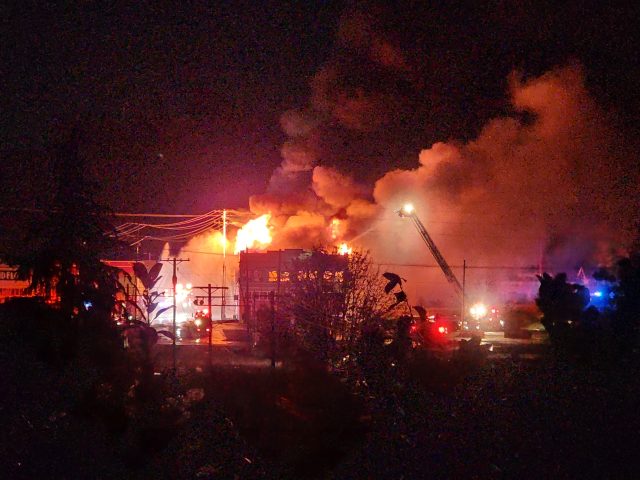 Scary, no? One of the main power poles caught fire, so power was shut off for the entire town. This image was caught while people waited a couple blocks over in the parking lot of the local grocery store for Red Cross to arrive to help those who used to live there: 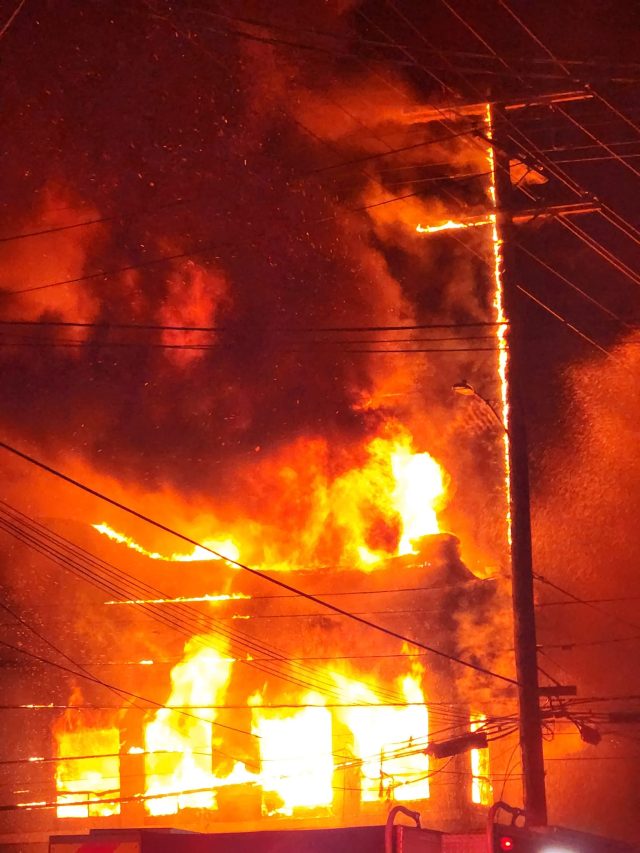 The wires for every service imaginable ended up getting burned and needed replacing – which took several days before service was finally restored to everyone. But that’s minor in the grand scheme of things, especially for the 25+ people who lived there — who all thankfully got out safely — but who lost their home, all of their belongings, and for some, sadly their furbabies. More details tomorrow.

Meanwhile since it is Monday, you know that Monday means music! For the month of November, our Spotlight Dancer is our friend and regular MMMM participant, Sandee from Comedy Plus! The theme selected for this week is: “Thankful.” Let’s get this Thankful party started!

Let’s start off with a song that if you’re ever feeling down, just listen to the first 40 seconds of this song where the artist talks to a child about all the simple joys we have to be thankful for. No doubt that tender and adorable moment will put a smile on your face, and the uplifting rhythm and earnest vocal performance that follows will bring you back to holding your head up high. Get ready for goosebumps, here’s Kehlani with “Thank You”:

Next up, we may never know what it’s like to live your life under the celebrity microscope, but we can take credit as fans for inspiring this all-time classic from this favorite group. It’s their heartfelt thank you to all their adoring fans, and it also happens to be one of their biggest career hits. Get ready to dance, here’s Backstreet Boys with “Larger Than Life”:

Next up is one of my favorite country songs from the 90’s – it was released in June 1993 as the lead single from their album and reached number-one on the U.S. Billboard Hot Country Songs chart and on the Canadian RPM Country Tracks chart. It also peaked at number 17 on the U.S. Billboard Bubbling Under Hot 100 chart.

In this song the narrator gives thanks for all the things that he has taken for granted in his lifespan:

“I’ve got to thank mama for the cookin’, Daddy for the whoopin’, The Devil for the trouble that I get into. I’ve got to give credit where credit is due, I thank the bank for the money, thank God for you.”

I suppose it could be considered an earworm, but I’m certainly not complaining. And you’re welcome. Last, but certainly not least, is a thankful song that many of you might also share. This breezy song embodied the Southern California sound of the late ’70s – the artist said he was in his “Brian Wilson phase” when he wrote it. The song finds the artist showing gratitude to a true friend, assuring this person that he will be there until the end.

Seven years after this song was a hit for the singer/songwriter, it became the theme from the NBC sitcom The Golden Girls, which ran from 1985-1992. A jingle singer named Cynthia Fee sang the TV version.

According to the artist, it took him just an hour to write this song. Recording it was more onerous: they did 40 takes and went with #40. 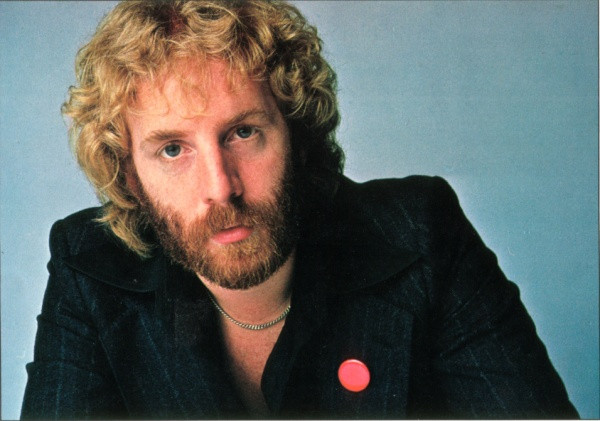 Without further ado, here’s Andrew Gold with “Thank You For Being a Friend”

Sandee from Comedy Plus

5 thoughts on “Thank You for being Larger Than Life – i Thank God for You and Thank You For Being A Friend!”