Monday has arrived without much fanfare – but at least Monday means music! This week is a freebie week, so feel free to grab your favorite tune(s) and come dance with us, won’t you?

Let’s start with a song that finds this artist returning to the rap-like flow that dominated his early songs. He speaks of being ground down by life’s pressures, but all his “troubles turn to nothin'” when he’s with his wife.

The artist has known his wife since they were classmates – they married in January 2019 and his wife has been the muse for many of his songs. The two-step ballroom dance first appeared in the early 1890s in the United States, and caught on with the public when John Phillip Sousa came out with the “Washington Post March” in 1891.

A relatively basic dance, it comprises two quick sliding steps in the same direction with the same foot, separated by a joining step with the other foot. Although done in three steps, it gets its name from the two quick steps used. According to the artist, neither he nor his wife are proficient dancers, but they can do the two-step together. About this particular song, the artist said:

This version finds the artist teamed up with Lil Baby for a remix of of the song, released as the fifth single from his newest album on April 22, 2022. The artist filmed the music video for the remix in Kyiv, Ukraine in December 2021, before Russia began its invasion of the country. The clip finds the artist walking through the streets of the Ukrainian capital city surrounded by dancers.

The Ukrainian production company behind the clip, Radioaktivefilm, said:

“This video really reminds us of the best of times; it was the last video we did before our world fell apart. Watching it gives us some normality and happiness.”

The artist donated all royalties from the release of this song to the Disasters Emergency Committee (DEC) Ukraine Humanitarian Appeal to support victims of the violence. 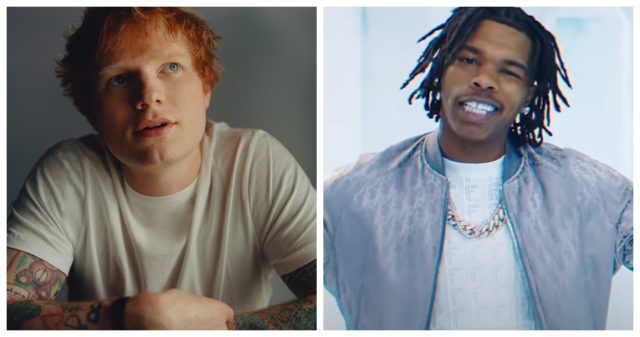 Next up, it’s a family affair when it comes to this artist’s new music video. The pop icon crosses over again into country with his newest song that he penned with his wife and their three children on his heart. He said:

“It’s something that I’ve always wanted to do, but it just needed to be the right story.”

The song honors where the singer is in his life right now, soaking up the little moments with his family. Those are moments he wants to focus on, cherishing knowing that his kids will only be this young for so long. Once he finished the song, the music video fell into place naturally. Shot in the desert of his home state of Nevada, the video finds him and the featured artist singing as two cars circle dust clouds around them – the artist wanted the video to feel natural, and I think they pulled it off.

“The great thing about the desert is you can see everywhere they are. They were running around, eating smores.”

Ironically, both singers were fans of each other before jumping on board the project. The singer’s producer knew Allen and was able to connect the two, which led to Allen co-writing the second verse of this song.

Both musically talented, they bonded beyond music, an organic pairing.

“We just connected from a music standpoint, artistic standpoint…we are very similar in a lot of ways.”

“What I’ve learned about Jimmie is that he’s one of the most down to earth people that I’ve ever met. I think that’s what makes him lovable, likable, because obviously he’s incredibly talented.” 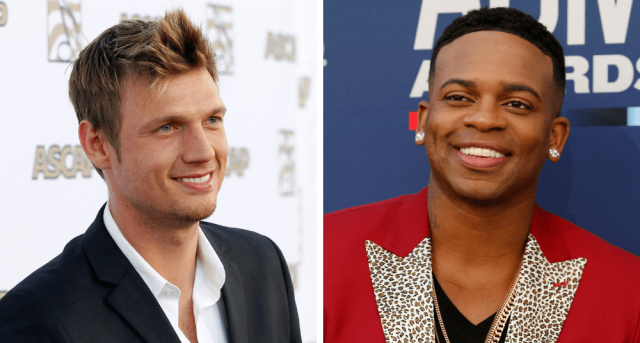 Get ready for some goosebumps, here’s Nick Carter featuring Jimmie Allen with “Easy”:

Next up, this country cutie has just released another track off her upcoming album ahead of its April 29 drop date. A swaggering slice of woozy country-rock, with the artist dropping a wealth of pop-culture references in the lyrics.

In the first two verses alone, she alludes to Tommy James and the Shondells’ 1968 hit “Mony Mony,” Steve McQueen’s Mustang, and a golfer currently competing in this weekend’s Masters. “Even Tiger Woods couldn’t swing it this good.”

The song also name-drops Elvis and Will Ferrell’s fast-driving redneck hero in Talladega Nights. “I’m out in the Mojave, call me Ricky, call me Bobby / Call me hotter than wasabi/cause I’m actin’ up.”

The artist recently said the song is about a female protagonist who is a “little bit naughty.” It serves as a more nuanced kind of attitude song:

“I struggle because I have to sing ‘Kerosene,’ ‘Mama’s Broken Heart,’ and ‘Little Red Wagon’ forever, and what’s that going to look like at 70? Those are songs that set up that whole side of my career. My grandma was a firecracker until her last breath, drinking Crown and Coke. If she can do it, I’ve just got to figure out a way to do it artistically. ‘Actin’ Up’ and ‘Geraldene’ are both songs where there’s fire, but I’m not burning down the house.” 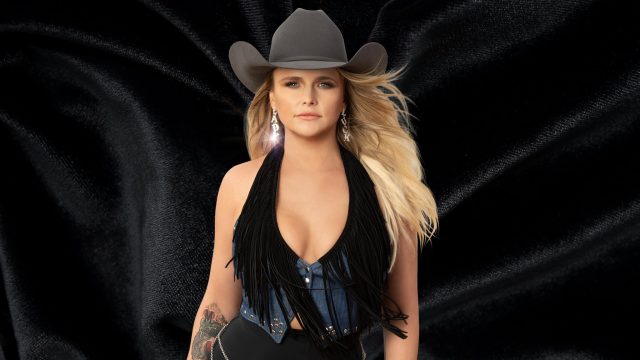 Without further ado, here’s Miranda Lambert with “Actin’ Up”:

Last, but certainly not least, this iconic star has offered up another preview of her upcoming ninth studio album, this time sharing this stadium-ready anthem. The track arrives via Capitol Records Nashville which is set to release the record in full on June 10 (I’ve already pre-ordered the album, of course).

“I’m a walking contradiction, baby, don’t you try to figure me out / Got Holy Ghost conviction, confliction, when the sun goes down / You know where to find me on a Sunday morning / But tonight, I come with a whiskey warning”

“I ain’t the only one of us to come down onto this dive bar floor / You might not see our wings, we check ‘em at the door / We could be dancing or at a booth in the corner / Never know what song we’ll rock with that jukebox quarter.”

“We cover a lot of ground on this album. We have a lot of songs that have a bit of a ‘throwback’ feel, but they sound super fresh. I grew up listening to so many different kinds of music and that is extremely evident in this body of work.”

“These are musical influences that are all in me and work their way out, and I just decided this time not to get in their way. I think this whole album ended up being a big reflection of me as a person and as an artist.” 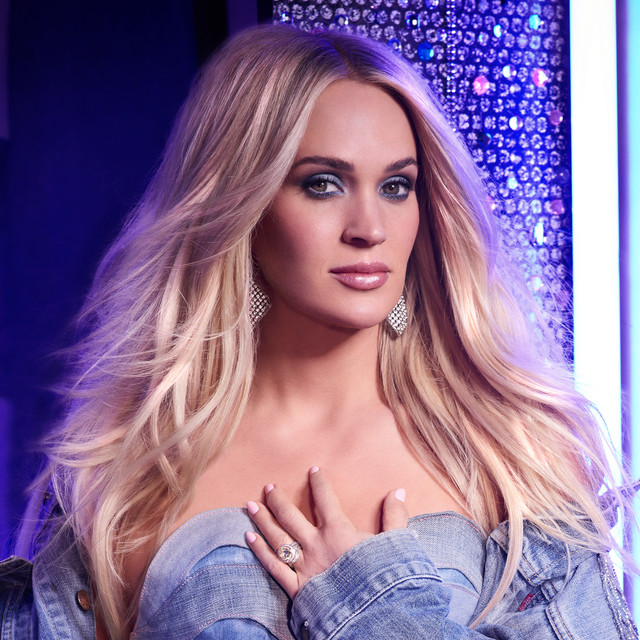 Give a listen to the inimitable Carrie Underwood with “Crazy Angels”: