Monday has arrived – wait, there was a weekend? I had my second covid vaccine on Friday – lots of people said that if there wasn’t any side effects from the first shot, I shouldn’t have any side effects from the second one…boy were they wrong! I was out for the count both Friday and Saturday, started to feel better yesterday, but was still dragging.

Hopefully today I’ll be back to 100% – I’ve got work to do! And what helps get things going is that because today is Monday, Monday means music! This week is a freebie week, so feel free to grab your favorite tune(s) and come dance with us, won’t you?

Let’s start with a song that is based on a conversation the frontman of this duo had with his younger brother about songwriting. During coronavirus-enforced isolation, he’d been teaching himself to play the electric guitar. His brother had asked to see how the studio process works, and feeling good about his progress learning the new instrument, he gave his younger brother some advice.

“[I] just kinda came up with the beginnings of the song. Almost as a tutorial for him on how to lay out a song, how to start it, how to record it, how to produce it out.”

Using his own writing process as a contrast, the artist continued penning the song as some instruction for his brother to not “shy away” and take a leap of faith in order to find himself. He said:

“Lyrically, it kinda turned out to talk about being an older brother, and how the only thing tougher than trying to figure out what your own purpose is, is watching someone whom you love try to figure out their purpose.”

Something to listen for – in the opening seconds, you’ll hear the artist’s one-year-old daughter making a cooing noise. When the artist was first working on the song, she was in the room with him. As he sang vocal ideas into his phone, she made a noise in the background, which initially annoyed him as he thought she’d ruined the recording.

“But when I transferred it over to my rig in my studio and I was working on that audio file, I found myself loving that she had been in some way a part of that creative process – and I actually kept her noise in the beginning of that song.”

This song finds this duo heading in a more upbeat, poppier direction compared to their darker rap-rock material. When writing this song, the artist said he was in a more positive headspace this time around.

“As you move about your life, you start to answer more and more of the questions you had when you were younger. The truth is, I have found some answers.” 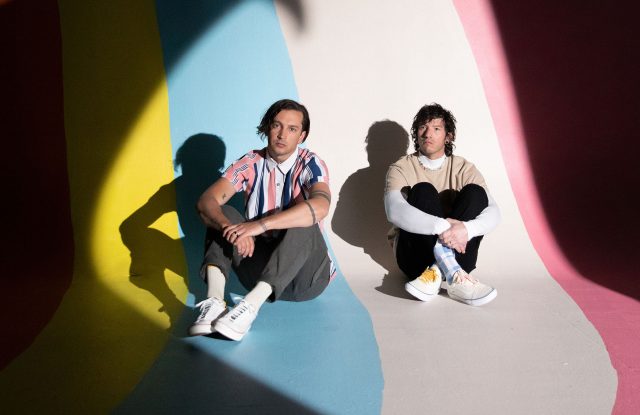 Give a listen to Twenty One Pilots with “Shy Away”:

Next up, this artist was born and raised in the East Tennessee city of Knoxville. This song is an ode to the singer’s hometown and how her relationship to it changed after leaving. She also talks how about half of the people she knew growing up stayed in Knoxville, while the other half left.

Some went north, some went south / Still lookin’ for a feelin’ half of us ain’t found / So stay or leave / Part of me will always be / Half of my hometown

“I wanted to ask what it’s like going back home now. I think I was so eager to get out [of Knoxville] for so many years, because I wanted to be in Nashville, and I just wanted to be a country singer. [It wasn’t] until writing for this album the last two years, that I realized [Knoxville] is one of the best places in the world.”

The artist’s duet partner also hails from Knoxville. The artist remembered a show she played at New York City’s Playstation Theater back in April 2018. Her duet partner was also in the Big Apple at the time, and he noticed her name on a billboard outside the venue.

He was this artist’s first and only choice to be her duet partner on this song because of their Knoxville link. However, the chances seemed remote as the country superstar rarely signs on to guest on an outside song.

She was determined to get Knoxville’s most famous son on the track. As soon as she’d finished recording her vocal part, she sent it to him as a text message.

“Next day, he wrote back, and he was like, ‘I love this song. It made me emotional listening to it. Because, you know, I think we have really similar upbringings.” 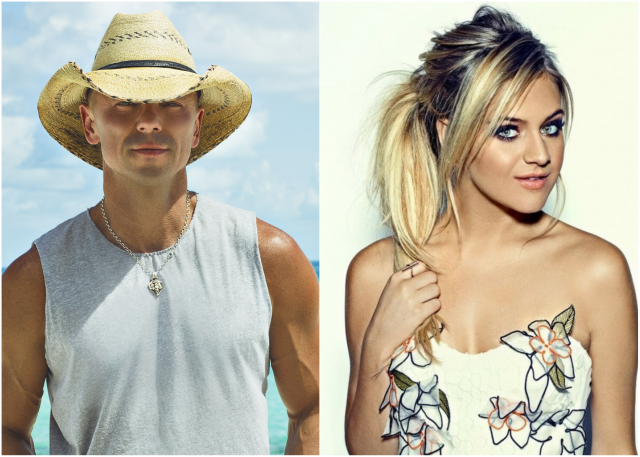 Here are the two Knoxville darlings, Kelsea Ballerini featuring Kenny Chesney with “Half Of My Hometown”:

Next up is a song that is this married couple’s first official studio duet. They first met in 2013 during a writing session shortly before she moved to Nashville. They started writing regularly together, and began dating in 2015.

The two each give their perspective as two people who are unable to break away from their romance. The female artist has said the track reminded the pair of their early days when their friendship began to develop into something more.

“It wasn’t the easiest road for us to come together. We were in separate relationships when we met. We kind of grew a love out of a friendship over many years before we were out of those other relationships and could finally be together after some time. I think it reminds us of falling in love with each other and not being able to really act on it yet.”

The song had been circulating around Nashville for years, and several artists had the song on hold before it fell into the male artist’s lap.

“I just really love the writing of this song. It’s really simple, but the melody is just so effective. It’s a song that I wish I had written and those are the ones I think that you end up recording when you’re not the writer… It kind of makes me mad that I didn’t write it, to be honest.”

The female artist had been aware of the song for a long while and wanted to join her husband on the recording.

“We were on a beach in the Cayman Islands – I think it was the first trip we ever took together. [She] was like, ‘I want to sing on that song with you.’ So this is years in the making.”

The two laid down their parts with producers while following health and safety guidelines.

“We recorded all the vocals in our basement, which is crazy to think about these things, like, making hit records where you sleep. It’s nice. The whole thing doesn’t even feel real. I don’t know if it’s because of the pandemic, or because we haven’t worked in so long… but it’s odd the journey something like this takes.” 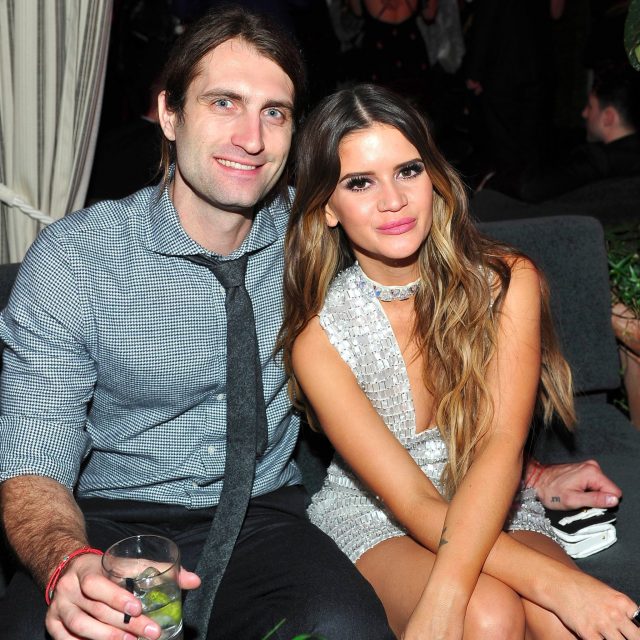 Here’s Ryan Hurd and Maren Morris with “Chasing After You”:

Last, but certainly not least, is a fun series of clips put together to Kenny Loggins Footloose tune – it’s quite entertaining!

Get ready to dance – here’s “Footloose – Dancing in the Movies”: