This is it, people! This is Christmas Week! How’d it get here so fast, yet feel like it took forever? Are you all ready? I’m not. I’m going to have to double-down this week, I have presents to wrap! Meanwhile, it’s Monday – and Monday of course means music!

Our tradition here at Monday’s Music Moves Me is to relegate the entire month of December for the theme of Christmas tunes. I’m always on board for Christmas tunes – I love this time of year. – I love the lights, music, and spirit of the season.

I went a little overboard this week, double my usual song shares, since I couldn’t not share all of them, being that it is Christmas week – but I promise you’ll thoroughly enjoy yourself. Grab your favorite Christmas tune(s) and come dance merrily with us, won’t you?

Let’s start with a pensive song that narrates the story of a lonely girl who realizes how that even in her solitude, the nostalgia of “Christmas always finds [her].”

The artist posted on Instagram back when the song was released before Halloween:

“I know it’s not even Halloween yet but I’m over 2020 and am jumping straight to Xmas cuz it’s fine. I wrote this while thinking about how weird/different the holidays will be this year for everyone. But at the end of the day, there’s always room for enjoying the holidays. Especially Xmas. Or whatever u celebrate 🖤” 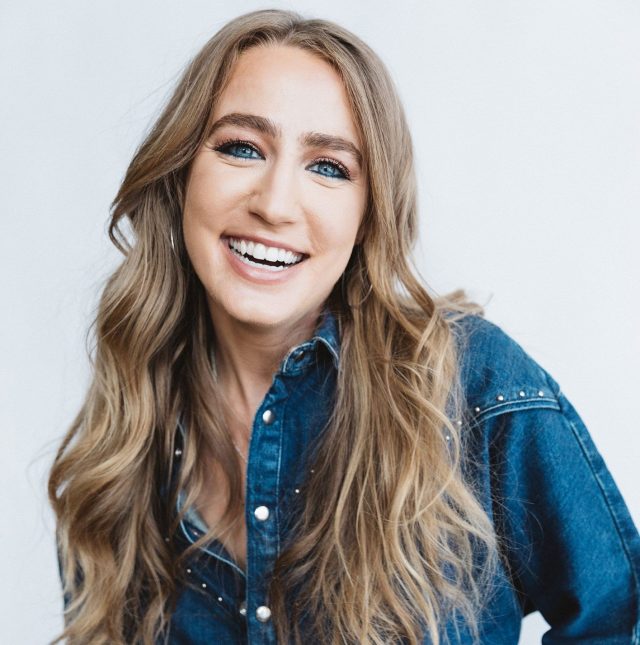 Next up, is a Christmas pop song written by the American Idol Alumni who invited the country star to sing it as a duet with her, saying that she was “impressed by his classic sound on his Christmas record so it was a perfect match.”

The country star immediately accepted the invitation – he was quoted as saying:

“I was blown away by the soul and joy that it brought into my life the moment I heard it.” 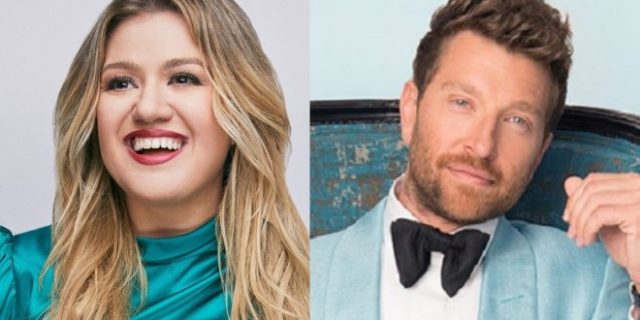 Be amazed by Kelly Clarkson and Brett Eldredge with “Under The Mistletoe”:

Next up, I shared this Grammy award winning Christian pop duo’s version of this song last year when they performed this song during last year’s CMA Country Christmas. There was a brief moment at the end of their powerful performance in which time stood still…and all they could hear was complete and utter silence.

It was down right nerve-racking. They were quoted as saying:

“I remember thinking for a split second that we either were going to get booed off the stage or the audience was going to love it. Luckily, for us, it was the latter.”

Indeed, after a few seconds in which the sheer shock of the electrifying performance subsided, the audience erupted with praise for the two brothers who had just went and introduced an audience of mostly country music fans to their brand of unsurpassed electricity.

And yes, it was this overwhelming response that, in part, inspired the duo to release their first Christmas album within the tumultuous year that has been 2020.

“I thank God for Christmas. We need these checkpoints for humanity. Even this year, we need to celebrate love and family and God and the belief that all things work together for good in the end. At least, that is the great hope.”

“When the rubbish started hitting the fan, with the Nashville tornado and the pandemic and the racial tensions going on, I think we started realizing that we needed to create this album. We truly believe that the Christmas of 2020 will be a Christmas like we have never experienced in our lifetime. This album allows us to offer hope and celebrate what we believe is the greatest music mankind has ever known.”

Fun fact: The cute little drummer boy in the video is one of the brothers 5-year old son. 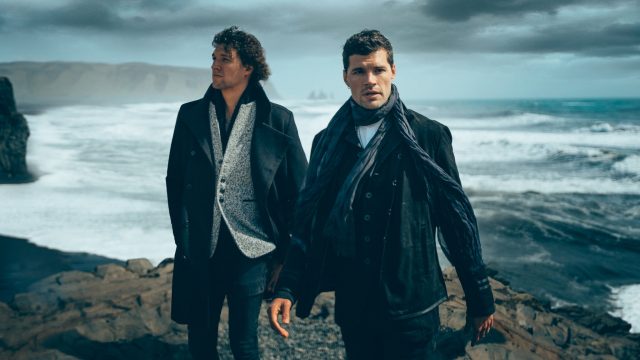 Here’s the amazing for KING & COUNTRY with “Little Drummer Boy”:

Next up is a song from the band’s first holiday album in its 30 years. The album has the sort of mix of classic holiday favorites with jazzy arrangements that you may have in your vinyl collection, as well as a couple of originals for the band’s fans. 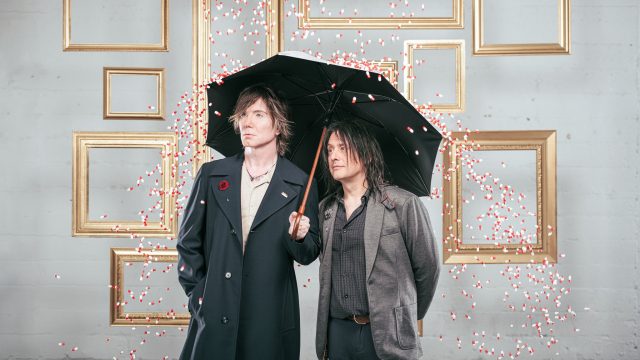 Give a listen to the Goo Goo Dolls with “This is Christmas”:

Originally released on the same day as the deluxe edition of their latest album, this video sees the band deliver a heartfelt tale for the festive season.

This song marks the band’s very first Christmas single, and the new visual blends the magical world of Santa’s Workshop with a sombre message about the difficulties many are facing after the general insanity of the year we’ve had. The video director was quoted as saying:

“The track is essentially about drowning your sorrows in a pub at Christmas, and I loved how the band had put their own stamp on the traditional Christmas song. So for the video I wanted to create that Christmas feel but with a twist, playing on the idea that Santa’s elves are like seasonal workers who live amongst normal people during the year, until Christmas comes. And in these uncertain times it makes sense that their job security is in the balance, just like the rest of us. [The band] have such a great track record for music videos, so it was a privilege to get to work with them and create a video for their alternative Christmas vision.” 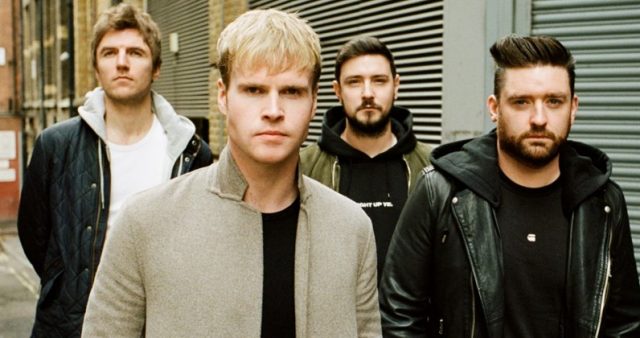 Give a listen to Kodaline with “This Must Be Christmas”:

Next up, I had to include this one from one of my favorite bands – the lead singer has been making this dark year a little lighter with his Grade-A social media content, and now the rest of the band is getting in on the action. On Thursday (December 10), they uploaded a cover of this song, and paired it with a hilarious video.

The lead singer sings the iconic holiday tune while showing off his best dance moves dressed in a Santa suit. The bassist holds his dog, who’s dressed in a candy cane striped outfit, and keeps a serious face (reminiscent of Saturday Night Live’s classic “I Wish It Was Christmas Today” performance). The lead guitarist plays guitar in a red and green striped onesie and hooded elf robe, and the drummer plays a pink plastic keyboard, donning a Santa hat and goofy outfit.

“we dug up this classic cover for your enjoyment”

I’m so glad they did. 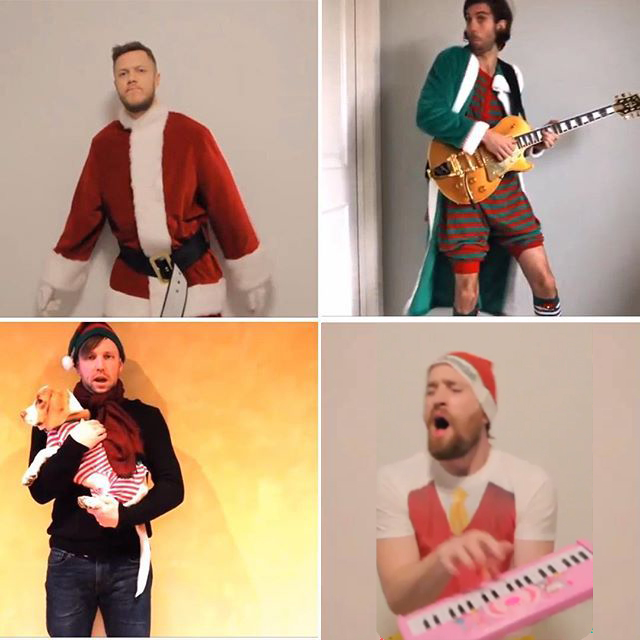 For your entertainment, here’s Imagine Dragons with “White Christmas”:

Next up, is an original holiday jingle that was recorded in one of the duo’s home studio and mixes holiday cheer with a bit of real talk about what a rough year we’ve all had.

And then comes the chorus, which, technically, goes against the CDC’s recommendations that we stay put during the COVID-19 spike, even as it spreads the love around and warms hearts with its uplifting message of hope.

The song dropped right after the duo’s Christmas stream on Twitch on Tuesday to benefit the Make-A-Wish Foundation. 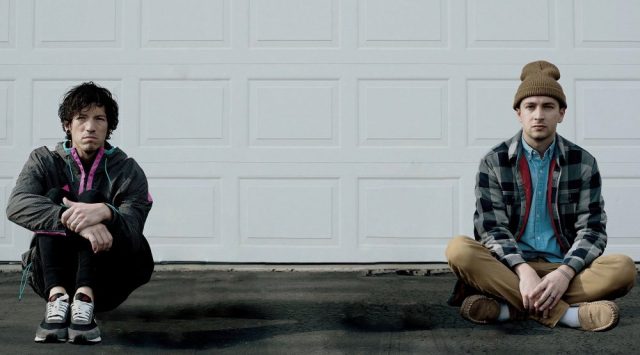 Here’s Twenty One Pilots with “Christmas Saves The Year”:

Last, but certainly not least, this artist put her powerhouse vocals on full display during her performance of this song on Late Night With Seth Meyers.

The country superstar recently appeared on the late-night talk show and not only did she sit down to discuss her Christmas present from her husband and recording “Little Drummer Boy” with her 5-year-old son Isaiah, but she gave a stunning performance of a track from her No. 1 holiday album.

The artist released her first-ever No.1 Christmas album earlier this year, and also just-released a visual special of the record with an HBO Max Special. During the holiday special, she performs traditional favorites and new holiday classics. She also was featured on her first bilingual song entitled “Tears Of Gold” with David Bisbal.

There is nothing she can’t do. 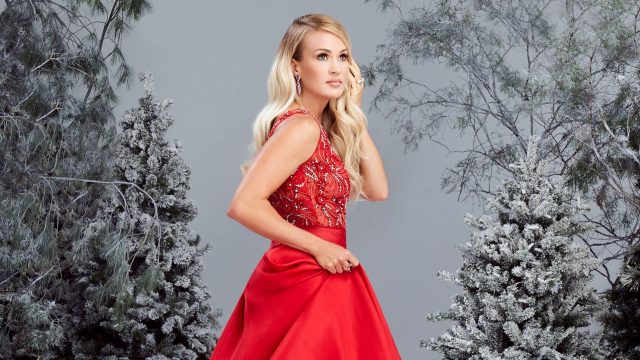 Without further ado, I give you the inimitable Carrie Underwood with “Have Yourself a Merry Little Christmas”:

That’s a wrap for this week – have a great Monday, I hope you and yours also have  Merry Little Christmas – or whatever holiday you celebrate. I’ll see you on the dance floor, keeping that social distancing – hope you all are staying safe and healthy.

6 thoughts on “Christmas Always Finds Me Under the Mistletoe with the Little Drummer Boy because This is Christmas – This Must Be Christmas – hoping for a White Christmas when Christmas Saves The Year, so Have Yourself A Merry Little Christmas!”