Can you believe we’re now halfway through June? 2020 is simultaneously crawling at a snail’s pace, yet flying by… sort of. I know I’ve said it before, but it’s worth repeating. You know, in my head…heh!

Meanwhile, it’s Monday, so that means music – let’s lose ourselves in some tunes for a bit, shall we? This week is a freebie week, so grab your favorite tune(s), and come dance with us, won’t you? Let’s get this party started!

Let’s start with a foot-stomping drinking anthem came as a fun moment of levity for the band during a writing session, and was completed in half an hour. They were quoted as saying:

“We had just written ‘Problem Child,’ which was such a serious song, and there was just this heaviness. So at the end of that, we literally offered our co-writers wine, beer, or whiskey and one of them started singing, ‘The wine, the beer, the…’ We’re like, ‘Damn, that’s hooky,’ and 30 minutes later, we had written a silly song about drinking.”

The raucous Mexicali-flavored jam finds the group paying homage to some of their friends, including Jack Daniels, Jose Cuervo and Captain Morgan.

“The thing about the band is we do like to talk about things that are important, but we also try not to take ourselves too seriously. If we don’t show the lighthearted spirit of the band that just likes to have a good time, then we wouldn’t be fully showing our personalities. That’s the privilege of making a record. You can do what you want and let people go on the journey with you. This song was just part of it.” 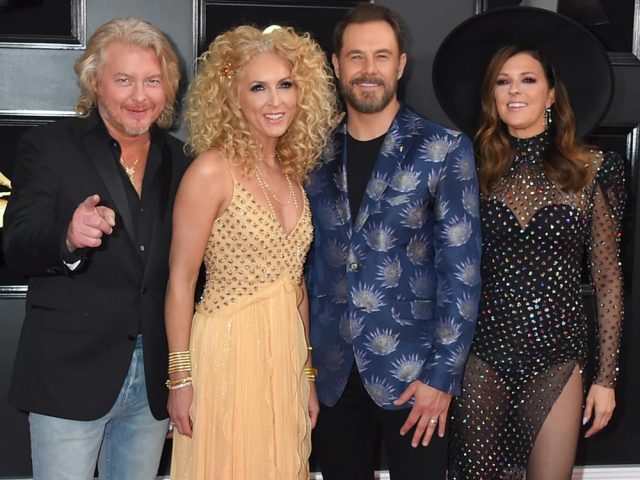 Next up is a song that offers hope, an encouraging new single about facing the challenges of life and emerging as a stronger person. It’s a thoughtful message that especially suits these times where listeners may be looking for progress and purpose. The artist said:

“‘[This song]’ is about finding and acknowledging hope in the midst of turmoil and taking the good with the bad. I look back on some of the harder times in my life and think about where things are now, and I’m thankful for the bad that led to the good.”

The standalone single isn’t included on his newest album, which was released in early October. Of course, the state of the world has changed significantly since then. The lyrics convey those raw emotions of hitting rock bottom or carrying a burden — which are timely, of course, yet also timeless. However, the song concludes with a message of perseverance.

“This song means a lot to me. It’s been a long time since I’ve heard a song that can stand on its own lyrically. Brock Berryhill, Logan Wall, Jimi Bell and Jay Brunswick gave me the opportunity to work with them, and it’s something I’m extremely proud to be a part of. I feel like all of us are in need of a little bit of healing and in need of a little bit of hope. And this song offers that.” 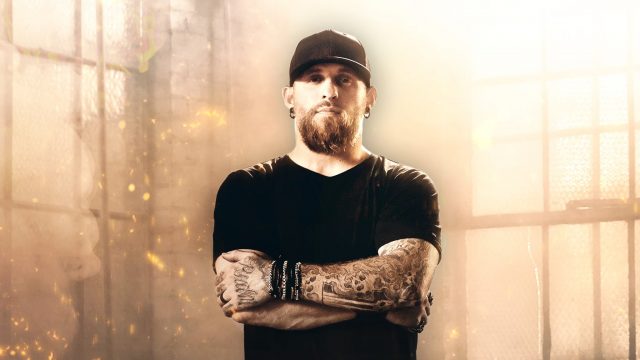 Have you ever been lured to the lake on a Sunday morning? Then you’ll want to keep an eye out for this artist, who probably isn’t going to make the 10 o’clock sermon either. This new song tells the story of a guy who would rather be on the lake thinking about God than in Sunday service thinking about fishing. The artist was quoted as saying:

“As a man who still likes to fish about every evening, ‘[this song]’ is very relatable to me. The song, co-written by one of my favorite writers, Wynn Varble, along with Aaron Raitiere, humorously tells the story of a struggle we have all faced a time or two.”

The video kicks off with the artist’s unmistakable baritone vocals saying, “Let her go boys.”

We then see the legendary T. Graham headed out to the lake to get in some fishing in, with hopes of making it to Sunday service afterwards. As shots of the artist singing by the lake are interspersed throughout, the women who play T. Graham’s wife and daughter can be seen saving him a seat at church, fully expecting him to show up.

Turns out the guy never makes the service. Why? Because he’s sitting on the lake enjoying the beauty of nature and getting in some fishing.

The new summer tune is the first taste of what we can expect from his upcoming EP, due out later this year. 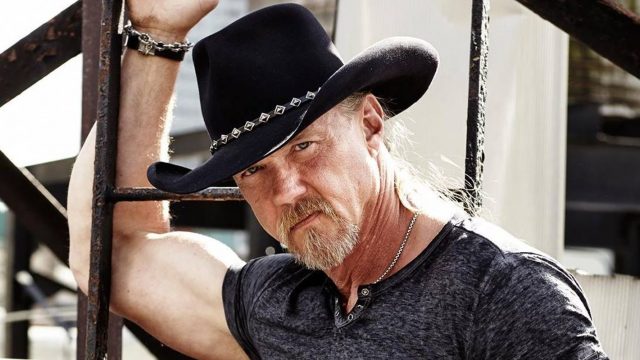 Here’s the inimitable Trace Adkins with “Mind On Fishin'”:

Next up is a new single from this group, keeping up the momentum they’ve built with recent popular tracks. The Irish quartet dropped their new album this past Friday, June 12.

The lyrics “you keep me strong when I can’t carry on” in particular is a message that everyone needs right now – the knowledge that they aren’t alone – and that’s exactly what this quartet delivers. They were quoted as saying:

“This is a song about that special person in your life that is there for you no matter what. It’s a song that means a lot to all of us, as we all rely on people in our personal lives to be there and support us through the high and lows of our career.”

When they uploaded the song on YouTube, they posted this message:

“Hey guys, We hope you are all keeping safe and well during these unprecedented times and hopefully we can all get back to normal soon.

We wanted to share our new single ‘Saving Grace’ with you all and wanted to try something a little different with the music video, so we asked all you guys to send in video clips of how your day unfolds in isolation as we are all in this together.

We received thousands of submissions and we think the end result is pretty amazing and we hope you agree. Don’t forget to turn on the notification bell to be notified when we upload new videos and live streams.

‘One Day At A Time’, our fourth album is coming out on June 12th. We are so proud of this album as we took it back to the basics and worked on it in our studio in Dublin, just the 4 of us! Stay safe and we will see you all again soon: https://kodaline.com

Stay safe and look after one another and we will see you all again soon! 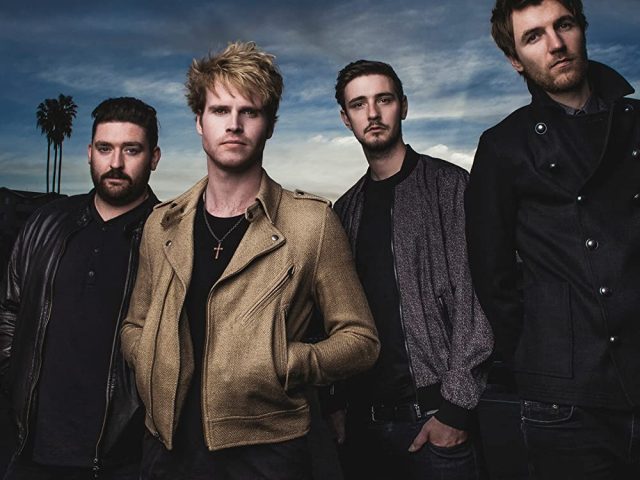 Last, but by no means least, this song goes out to my late BFFFL (Best Friends Forever For Life), Peggy Wood – if you don’t follow me on Facebook (and why not?) last Wednesday I got the news that my precious best friend of 30+ years had passed away in her sleep Tuesday night. She was only 57.

She was the Thelma to my Louise, the Barbara Jean to my Reba, the peanut butter to my jam. We were supposed to have a good 40-ish years of shenanigans left, but fate had other plans.

She was ever the lover of 80s music, and this band definitely was one of hers (and my) favorites to listen to. We even saw a tribute band in Reno one year for New Years that was a blast. When I was trying to think of the perfect song to remember her by, this one immediately came to mind.

Peggy, I’m going to miss you so so much. I already do. 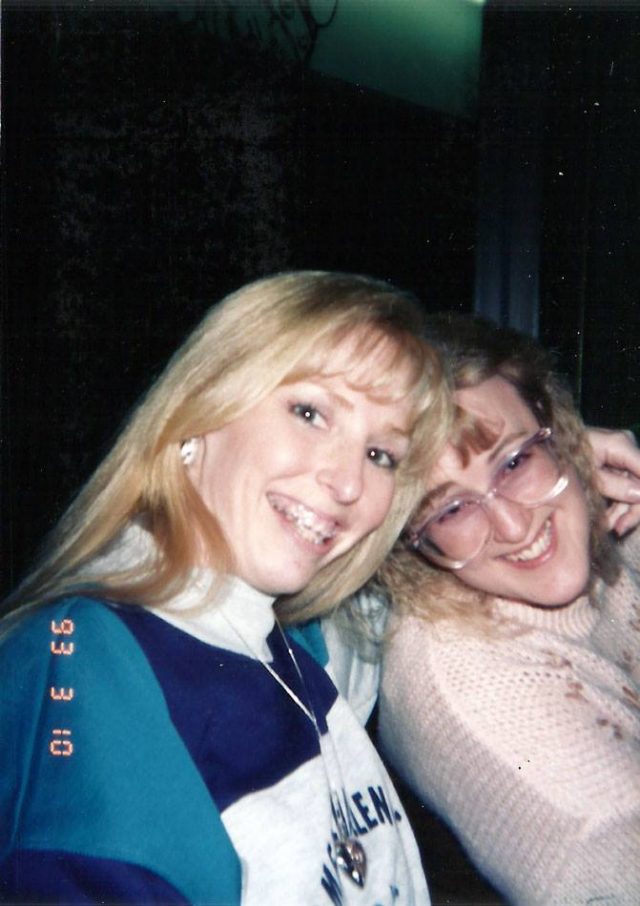 Here’s Air Supply with “All Out Of Love”:

11 thoughts on “Wine, Beer, Whiskey on those Hard Days with my Mind On Fishin’ which can be my Saving Grace, but i’m All Out Of Love”