Monday – and September – has arrived! For some of us, today is another ‘no alarm’ day. I know I appreciate the opportunity to wake up naturally, vs. getting startled awake by the alarm when I’ve pushed my limit of a decent bedtime hour…heh! Hope you all are having a great long weekend!

Meanwhile, it’s Monday, and Monday means music! For the month of September, our Spotlight Dancer is our bloggy friend and regular Monday’s Music Moves Me participant, Mary from Jingle, Jangle, Jungle! She has chosen the theme for this week, which is “In honor of Labor Day, build a playlist to spell ‘LABOR DAY’”. We’d best get busy!

Starting things off representing “L“, this song finds one of my favorite artists reminiscing about life’s lasts: the final time he spent the day on the lake with his grandfather, the last ball thrown at an old family pet, the end of the bad haircuts – “[tell] Supercuts, ‘Let’s leave it long in the back.'” The artist was quoted as saying:

“I’ve got two little boys. Somebody said, ‘Can you still hold your oldest?’ I said, ‘No. He’s too big.’ They said, ‘When was the last time you held him?’ and I didn’t remember. There was just a point when you didn’t pick him up anymore because it hurt your back. And that song is — daily, I’m realizing stuff that it’s like, ‘Oh, that’s it for that.'”

“There’s a lot of personal things in the song ‘Last Time for Everything,’ like Little Jimmy on the Opry stage and seeing Glenn Frey at The Forum.”

The music video is a testament to the artist’s 1980s youth, interspersing real-life home videos of the singer’s high school football games and graduation with references to various ’80s cultural icons. There’s the famous KITT car from the 1980s TV show Knight Rider and the original Ghostbusters-mobile plus a cameo from one of the decade’s most famous personalities, the actor David Hasselhoff.

The video is awesome, too – he paired up with his bombshell and total comedian of a wife for the video (dressed as a 12-year old girl) that had me laughing like crazy! I love them both! 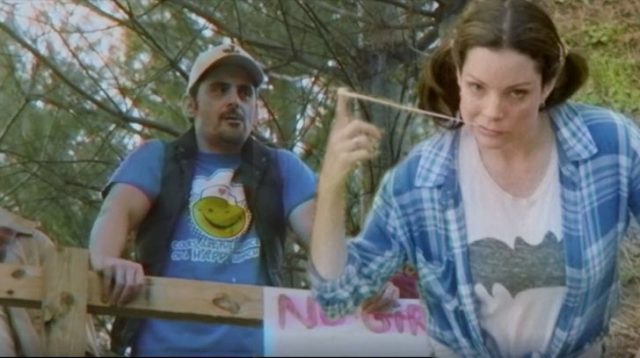 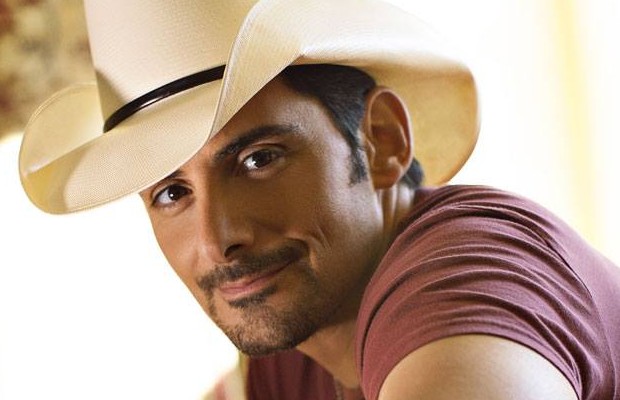 Without further ado, here’s my boy, Brad Paisley, with “Last Time for Everything”:

Next up, representing “A“, is a poignant and powerful ballad in which this artist duets with John Legend. The pair know each other well as John played the title role opposite the artist’s Mary Magdalene in Jesus Christ Superstar.

So say the Lord’s prayer twice, hold your babies tight / Surely someone will reach out a hand / And show you a safe place to land

The song is said to be about immigrant family separation at USA’s southern border. 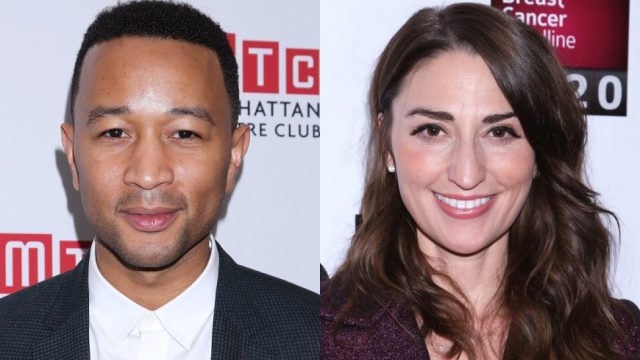 Get ready for some goosebumps, here’s Sara Bareilles featuring John Legend with “A Safe Place to Land”:

Next up, representing “B“, is an acoustic ballad in which this artist questions why his romantic partner loves him.

My eyes are crossed, but they’re still blue / I bite my nails and tell the truth / I go from thin to overweight day to day it fluctuates / My skin is inked, but faded, too / But she loves me, she loves me / Why the hell she love me / When she could have anyone else?

The artist has admitted to having had a number of flaws when he was younger; he needed very big blue glasses for his eyesight, had hearing problems because of a missing eardrum and spoke with a stutter. The artist was quoted as saying:

“I constantly wake up every day with Cherry and I’m just like, ‘Why the f–k are you with me?'” Like, you could literally be with whoever you wanted, and you’ve chosen me.'”

The song is a duet with Yebba, who also seems to have self-esteem issues; she too is unsure why her partner loves her. The US soul singer first came to the public attention when she collaborated with Sam Smith on his The Thrill of It All track “No Peace.”

Fun Fact: Yebba is her real name, Abbey, spelled backwards. She chose her artist moniker to honor her mom, who always called her by that name as a child. 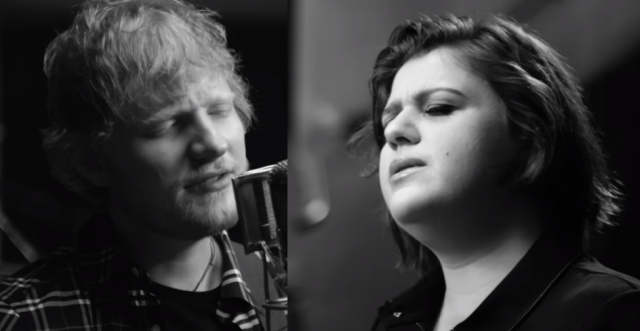 Next up, representing “O“, is a song I shared a few months ago, but it’s one of those repeatable ear-worm songs that I personally will probably never get tired of. You’ll see. 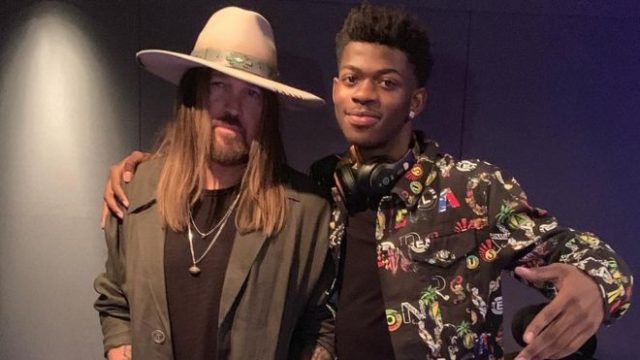 Next up, appropriately representing “R“, is a carefree song about simpler times. The artist was quoted as saying:

“It’s a nice little Country song about the way we grew up. I didn’t have much growing up but the car radio was everything. You’re driving around listening to the songs, especially when you’re getting to high school. ‘[This song]’ is about that time in life where music is all that matters.”

“The song, I want somebody to go, ‘I know exactly what he’s talking about.’ When I was in high school, that’s what we did. We got in the car, we listened to the radio, and you went out and played with your friends. Every time you heard a song you loved, you turned it up as loud as you can.” 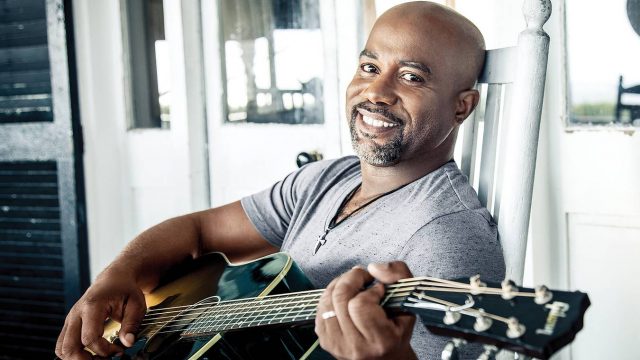 Next up, representing “D“, is a duet with two country artists. One artist was quoted as saying:

“The main gist of the song is that you have a couple hundred buddies but only a few damn good friends. It’s an edgier take on [Tracy Lawrence’s] ‘Find Out Who Your Friends Are.'”

“I just honestly heard the song and cut it because I just loved the song. And then the more I started listening to it, I’m like, ‘You know, this would be great to do with Jason,’ because I’ve become really close with him, become good friends with him over the past year, and we’re touring with him again this year, and we’ve hung out a lot together, and I’m friends with his family and was just at his wedding, so we’re very close. And I think you can tell in the song, you can see some real truth in the lyrics and how we’re singing it, that we are good friends, and we’ve got each other’s backs.” 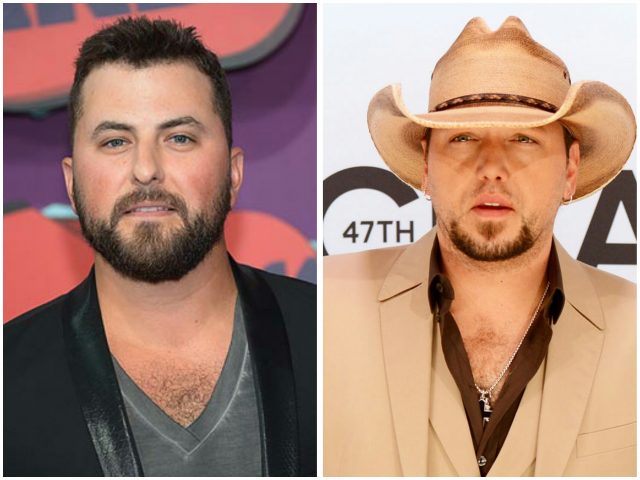 Next up, representing the second “A“, is a foot-stomping rocky hoedown from this favorite artist. Her dip into Nashville waters was no surprise to those who know her. She is a big fan of country music, especially Johnny Cash and Garth Brooks, and was quoted as saying:

This rootsy outlaw track is about doing your own thing and spitting in the face of those who don’t like it.

The artist tweeted the chorus is about celebrating while “leaving our haters in the dust”. 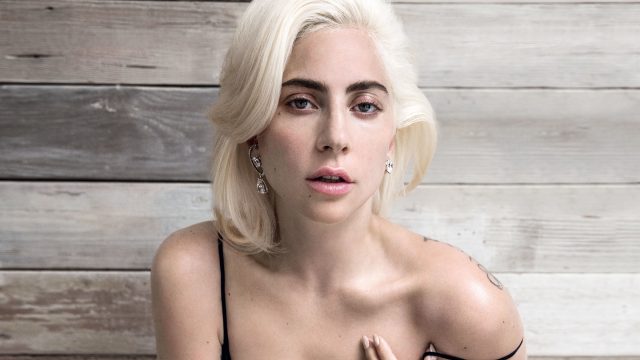 Give a listen to the inimitable Lady Gaga with “A-Yo”:

And finally, representing “Y“, is an artist who sings about his refusal to dwell on bad decisions in the past. Instead he is looking to the future. The guitarist of the group was quoted as saying:

“We wrote that in a green room while touring off Smoke & Mirrors. Alex Da Kid produced that one. We were emailing files back and forth. Dan had the whole song finished on practically the first take – melody and lyrics. We all added our parts and by the end of the day the track was basically done.” 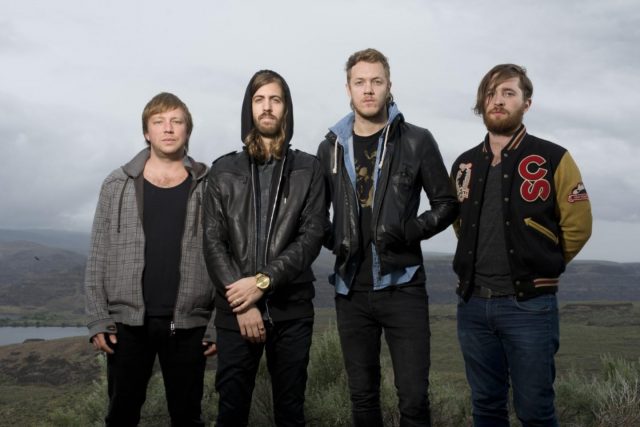 Bonus – here’s a video of this song being played live at Lollapalooza Chile (harder to hear the words, but the performance is fun):

7 thoughts on “Last Time for Everything with A Safe Place to Land the Best Part Of Me travels Old Town Road on the Radio with Damn Good Friends – A-Yo just Yesterday!”