Today marks the first day everyone is back to school after the Christmas break. I know, right? The hubby and Princess Nagger were back last Wednesday, but Little Dude finally goes back today. Back to a ‘normal’ routine this week! I was going to take the Christmas decor down yesterday, but figured today is as good a day as any, right? It’s kind of bittersweet, though, when the house is barren of the festive mode.

Meanwhile, it’s Monday, and Monday means music! For the month of January, our Spotlight Dancer wishes to remain anonymous, known only as The Shadow! They have chosen the theme for this week, which is “Elvis’s Birthday is the 8th, so start off with an Elvis tune, but then switch to a singer/groups in the same era as Elvis”. Let’s have some fun!

Let’s start off with a song that became a huge hit when Elvis recorded it. This song was featured in the Elvis movie of the same name, where Elvis plays a wrongly accused convict who becomes a star when he gets out. The film, which is considered one of the best of his 31 movies, is famous for the scene where Elvis performs this song in an elaborate dance number taking place in prison.

After the song was recorded, it was clear that it was going to be a hit, so the movie was renamed Jailhouse Rock. The single was released in September 1957 and reached #1 on October 21. The film was released on November 8.

This was a massive hit. It was #1 on the US pop charts for seven weeks, and also reached #1 on the country and R&B charts. In the UK, it entered the charts at #1, becoming the first song to do so. 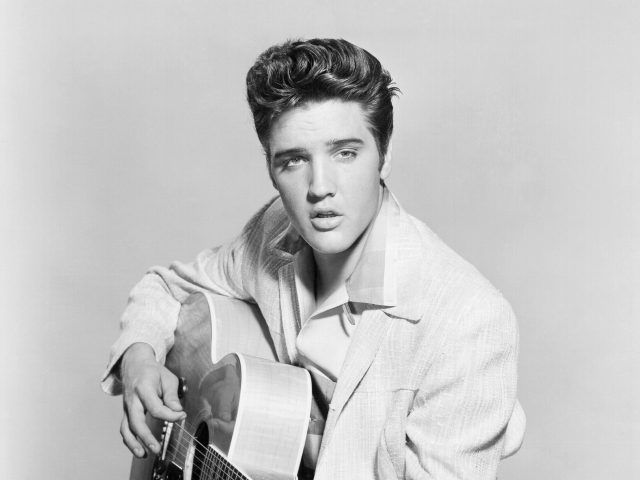 Next up is an artist from the same era as Elvis, with a song written in 1955 when he was working as a dishwasher at a Greyhound bus station in his hometown of Macon, Georgia. Explaining how he came up with the song, he told was quoted as saying:

“I couldn’t talk back to my boss man. He would bring all these pots back for me to wash, and one day I said, ‘I’ve got to do something to stop this man bringing back all these pots to me to wash,’ and I said, ‘Awap bop a lup bop a wop bam boom, take ’em out!’ and that’s what I meant at the time. And so I wrote ‘Tutti Frutti’ in the kitchen, I wrote ‘Good Golly Miss Molly’ in the kitchen, I wrote ‘Long Tall Sally’ in that kitchen.”

He says that “Awap bop a lup bop a wop bam boom” was kind of his catch phrase, something he would reply to folks who asked him how he was doing.

This was this artist’s first hit, but his success was far from instant. His first recordings were in 1952 for RCA Records, and were failures. He moved to Peacock Records the next year and released some singles with the Johnny Otis Trio backing him up. His break came when the singer Lloyd Price played a show in Macon, Georgia, and this artist, who was selling drinks at the gig, went to the dressing room and played this song on the piano for Price, who encouraged him to send a tape to Specialty Records.

The rest, as they say, was history. 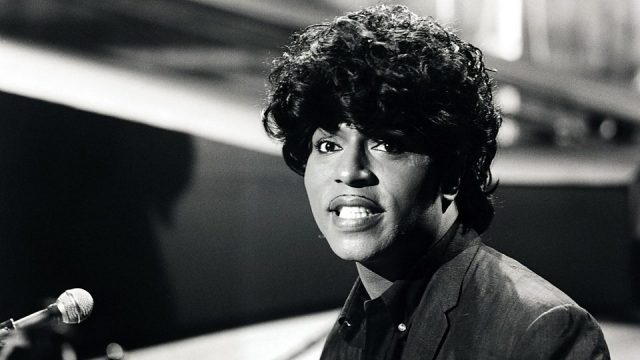 Get ready to dance, here’s Little Richard with “Tutti Frutti”:

Next up is a song written by Otis Blackwell, a prolific songwriter who wrote many hits for Elvis Presley, who wrote this song with Jack Hammer.

The song became this artist’s signature tune, a perfect fit for his incendiary style. He was quoted as saying:

“A person tells at least a little bit about himself in any song he cuts.”

Like the artist’s previous hit, “Whole Lotta Shakin’ Goin’ On,” this song is filled with sexual innuendo (” let me love you like a lover should…”), which was shocking for a southern musician in 1957. The artist grew up in a religious household and was conflicted over whether or not he should record this. He and Sun Records owner Sam Phillips argued as Phillips tried to convince him to sing it. Tape was rolling during the spat and the exchange can be heard on some Sun Records collections.

This song made the Top 5 of the Pop, R&B, and Country charts simultaneously with “Whole Lotta Shakin’ Goin’ On.” Both hit #1 on the Country charts, and while this sold 5 million copies, which was less then its predecessor, it still charted higher.

In 1989, Dennis Quaid portrayed the artist in the movie Great Balls Of Fire, which told the story of his life. The film took a few liberties, including a scene where Lewis sets his piano on fire while performing this song – a tale often told by the artist but never verified. 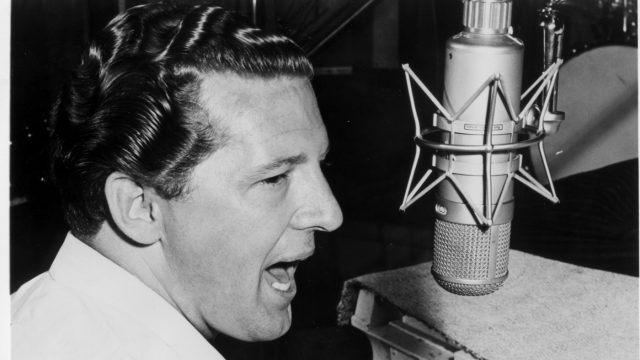 Last, but certainly not least, is a song this next artist wrote about Peggy Sue Gerron, who was dating the artist’s drummer with The Crickets, Jerry Allison. The artist himself was not involved with Peggy Sue, but liked the name for the song.

At first, he was going to call this “Cindy Lou.” His drummer asked if the name could be changed as a favor to him. It probably wouldn’t be heard outside of Lubbock, Texas anyway, and it would really mean some brownie points for the drummer. The artist had no problem with the name change. 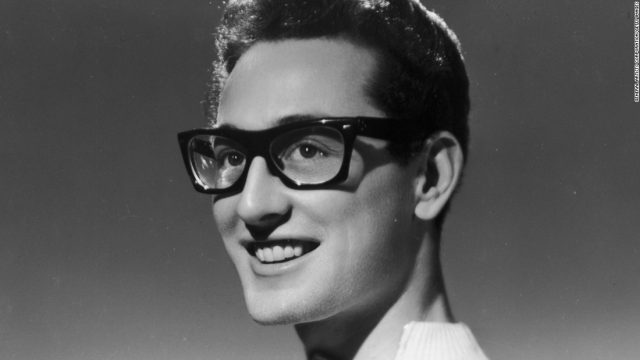 For your listening pleasure, here’s Buddy Holly with “Peggy Sue”:

10 thoughts on “Jailhouse Rock wasn’t Tutti Frutti but Great Balls of Fire, what about Peggy Sue?”