Still on the mend, but feeling better every day! And, since it’s Monday, Monday means music! For the month of October, our Honorary Conductor and Spotlight Dancer is Michele Truhlik of “Angels Bark“! Welcome, Michele! This week is a freebie week – grab your favorite tune(s) and dance along with us, won’t you?

Let’s start with a romantic duet that was a late edition to the main artist’s new album, after his producer suggested the two should collaborate. The hook-up produced this bubbly, idiosyncratic love song, which the artist thought so good, he pushed back some deadlines so it could be included on the set.

The song was inspired by some of the quirky things that the artist loves about his wife. The two artists were talking about their relationships with their partners, when one artist commented that his wife “has these cute things she does.” The other artist was quoted as saying:

“I was like, ‘What do you mean?’ [He said] ‘When I make her a cup of coffee, I’ll be like, ‘Is it good?’ And she’ll say, ‘Oh, more than friends.’ I thought that was so cute. We were like, ‘Let’s write an adorable love song about being more than friends, and low-key we’ll know this is a wink to your wife.'” 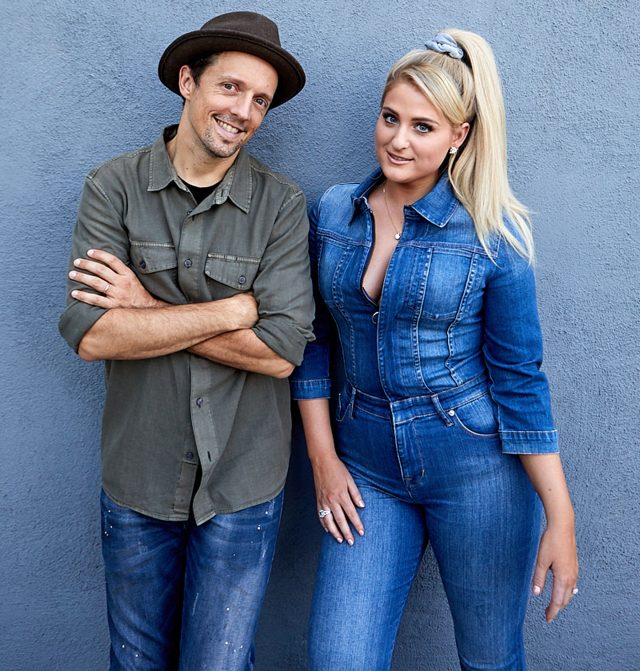 For your listening pleasure, here’s Jason Mraz and Meghan Trainor with “More Than Friends”:

Next up, this artist teams up with another for this duet about not being able to fight your attraction to another person.

“For me the song is about meeting someone and immediately feeling that connection where you can’t help but have crazy chemistry, and though your lives don’t quite line up in that moment, you know someday everything could go down between you two.” 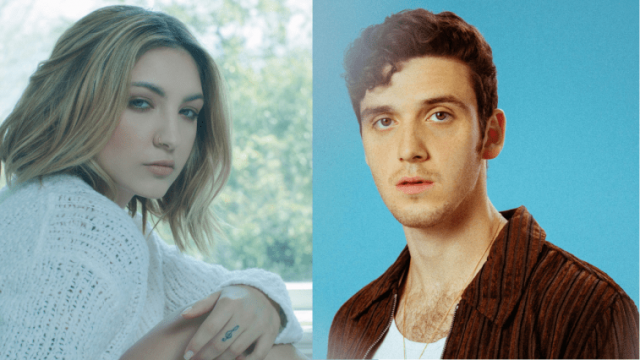 Give a listen to Lauv featuring Julia Michaels with “There’s No Way”:

Next up is a dramatic duet between an award-winning singer/songwriter, and an award-winning actor/director. This particular song was recorded for the 2018 remake of the classic movie A Star is Born. The singer/songwriter plays the rising star Ally, and actor/director plays the established musician Jackson Maine, who becomes her mentor and lover. The singer explained that the song serves a crucial moment in the film. She was quoted as saying:

“It’s two people talking to each other about the need and the drive to dive into the deep end and stay away from the shallow area.”

The singer wrote the song, and though she’s best known for upbeat pop hits, she is no stranger to ballads, having recorded other love songs.

The song’s music video shows snippets from the scene in the movie where Ally and Jackson Maine sing the song together on stage for the first time. 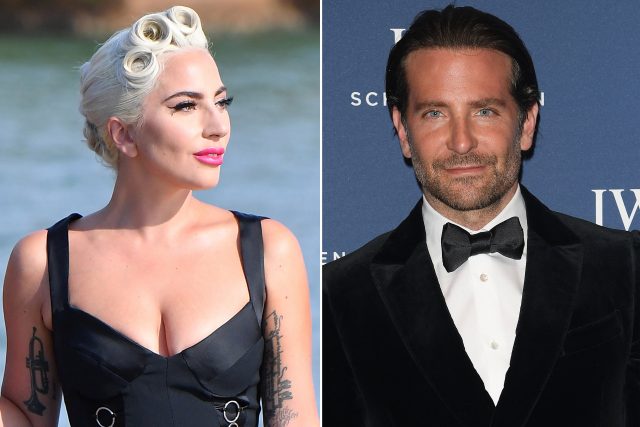 Without further ado, here’s Lady Gaga and Bradley Cooper with “Shallow”, from the soundtrack of A Star Is Born:

Last, but certainly not least, is a fun video made by two of my favorite actors who described this video thusly:

“This was our last trip before having kids. Our sole objective was to rage hard and honor Toto properly.”

You’re going to love watching these two goofballs for sure. And of course the song is always stellar. 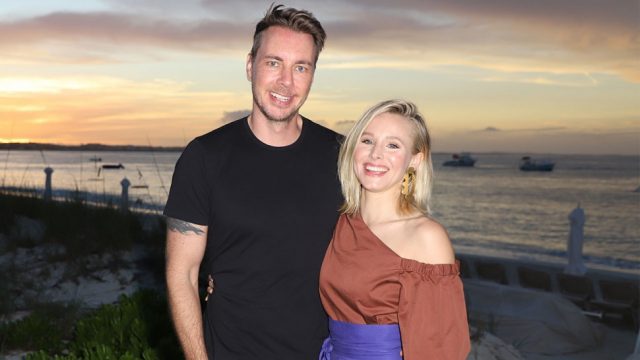 Enjoy as Dax Shepard and Kristen Bell do “Africa”:

10 thoughts on “if we’re More Than Friends, There’s No Way to be Shallow in Africa!”