Wow! August has arrived! Don’t tell the kids they only have 4 weeks of summer left, there might be a mutiny or a revolt on my hands! heh… August is going to certainly be a busy month, trying to cram all summer fun into the last weeks before school starts, that’s for sure. I’m just glad that the schools here wait to start after Labor Day instead of during the month of August.

Those of you who have school aged kids, when does school start for you?

Let’s start with a song this artist wrote after a phone conversation with his mom about keeping up with his best friend from high school. He was quoted as saying:

“Towards the end of the call she said ‘you know what they say, you can’t make old friends.’ I sat down to write and was immediately flooded with memories from growing up. It struck me how powerful that feeling was, that I missed both the people I grew up with and the naivety of that time more than I realized.” 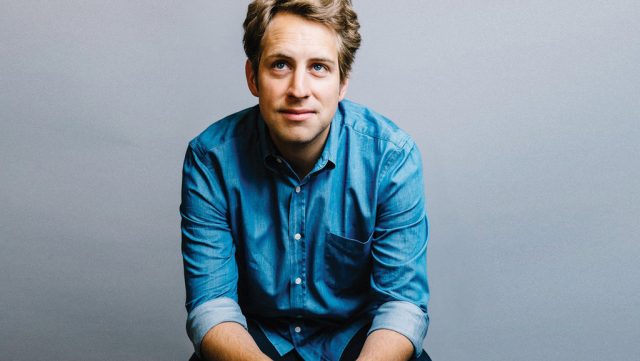 Give a listen to Ben Rector with “Old Friends”:

Next is a warm and romantic song that was inspired by this artist’s engagement to his longtime girlfriend. Both hailing from Garner, North Carolina, the couple have known each other since kindergarten and began dating during their senior year of high school.

The artist eventually popped the question in September 2017, during a romantic hike in the mountains of their home state, inspiring these lyrics:

The artist confessed that he collaborated with writer friends and wrote the song two weeks before he got engaged. To make sure reality matched the song, the artist had to make sure the special day panned out as he had envisioned. He was quoted as saying:

“Which is odd for me — I’m not a planner. I think that’s how I tipped her off that I was gonna propose that week because she was like, ‘You had this whole weekend planned out. That’s odd.’ If things hadn’t gone to plan and we hadn’t gotten to the mountain, I probably would have had to scrap the song.”

Fortunately, everything went as planned and following the proposal, the happy couple were greeted by the friends and family who had joined them for their special occasion. However, the artist had one last surprise up his sleeve.

“I shared [this song] with Gabi as soon as we got back to the cabin, after the proposal. Her family was there and we put it on the Apple TV and played it over the speakers. Yeah, there were some tears, and her mom was getting all misty-eyed and everything.”

The music video is comprised of actual footage from their wedding on June 16, 2018, in North Carolina as well as the other festivities linked to their big day. 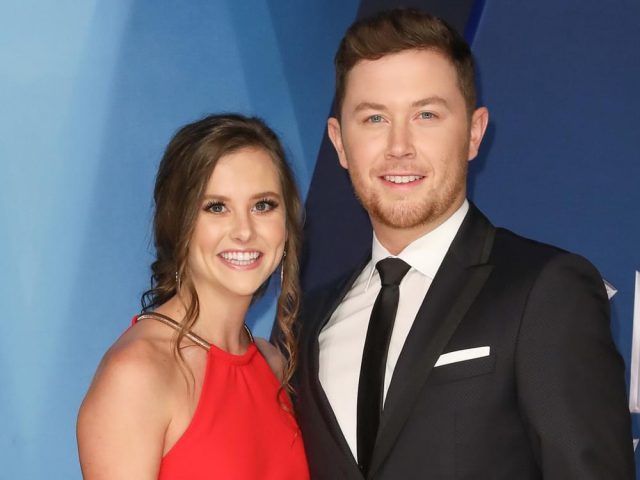 Without further ado, here’s Scotty McCreery with “This Is It”:

Next up is a song that finds this artist telling the story of being hired by a father to paint a lakehouse, in return for free lodging there. When his daughter rolls in, the result is a summer romance.

Sunrise, sunburn, sunset, repeat / Moonlight, all night, crashing into me / Nothing will ever be easy as you and me / Tangled up with nowhere to be

“It talks about love in a summer and summer love. It doesn’t get any better than summer love way back when. And then when you say ‘Sunrise, Sunburn, Sunset, Repeat,’ that’s what you do in the summer. You wake up. You go get your tan on, and the sun goes down and you do it over and over.” 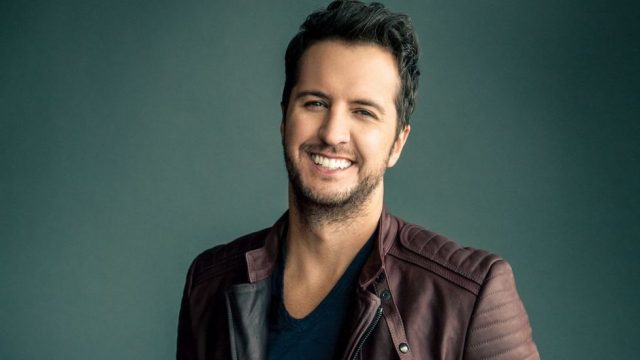 Last, but certainly not least, is a song that harks back to the summer of 2002 with this slice of upbeat pop. The artist sings about falling in love during adolescence and all the emotions that evokes. The nostalgic track is anchored around a chorus that finds her referencing some of the era’s biggest hits.

The artist co-wrote the song with Ed Sheeran, whom she supported on a lengthy tour. She was quoted as saying:

Sheeran’s upbeat, nostalgic track is a positive love song in stark contrast to this artist’s cheating partner kiss-offs. She was quoted as saying:

“I feel like I didn’t write a lot of songs about the good feelings of love, I always write about bad experiences, it’s very different for me but I’ve always wanted to have a song like that and Ed was the perfect person to do that with.”

The song’s carefree lyrics naturally appealed to this artist, who suffers from anxiety issues.

“It’s just remembering when you didn’t have many cares. That’s always a really nice memory to have, when you didn’t have to pay bills or think about car insurance. I love listening to music from back then, ’cause it always takes me back to when I was running down the park with my mum and dad. I think that’s probably why they really make you feel good – I never really thought about it before.”

The song’s music video matches its lyrics by referencing the school outfits in “…Baby One More Time” while the marionette scenes draw obvious comparisons to the “Bye Bye Bye” visual. 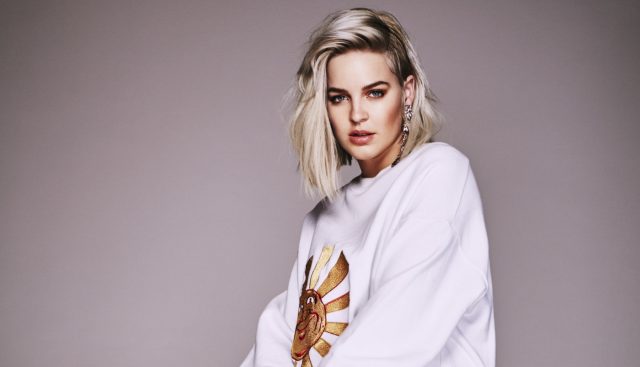 Bonus! Anne-Marie recruited her “2002” co-writer Ed Sheeran to perform the pop hit in a backstage video.

The duo giggle and smile throughout the laid-back clip. Sheeran plays a percussive, palm-muted acoustic guitar riff and sings in unison with Anne-Marie on the choruses.

While she and Sheeran crafted the song with three other songwriters – Steve Mac, Julia Michaels and Benjamin Levin – several other names appear in the song’s credits due to its numerous lyrical interpolations from late Nineties and early 2000s tracks, including Britney Spears’ “…Baby One More Time,” Jay-Z’s “99 Problems,” ‘NSync’s “Bye Bye Bye,” and Nelly’s “Ride Wit Me.” (“Hold up, if you wanna go and take a ride with me/ Better hit me, baby, one more time,” Anne-Marie sings.)

When Anne-Marie uploaded the video to YouTube, she captioned it:

Yo I love this mug. It feels good singing our song, together! Although I think he sings it better! 😁 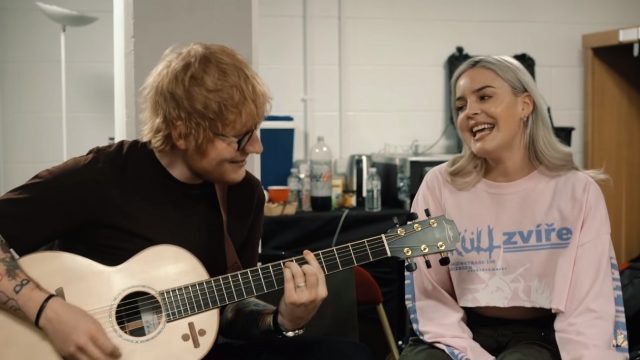