It’s Spring Break time for the kids! But since the hubby already had his spring break, there’s no sleeping in for me. Darn it! But that’s OK, I tend to get a lot done in the quiet wee hours of the morning, before the boisterous noise begins…heh!

I’m a little behind on everything, since my dad ended up in the hospital last week. He just turned 73, and apparently he was feeling like he was 43, as he was way up high on an 8-foot ladder trying to clean off the roof of one of his tall carports. His stubborn self was doing it solo, and he didn’t make sure the ladder was secure, so he fell off.

I know, right?! When he hit the ground, he dislocated and broke his right shoulder, and since the ladder came tumbling down on top of him, he also acquired a hefty gash on his leg. To make matters worse, he had a stroke a number of years ago, causing his left side to not be 100%. So now he’s out of commission on both sides.

He also had water on the brain a few years back, so he has a stent to keep the water from collecting in his brain – the concern was that the stent shifted, so an MRI was performed and thankfully came back ‘clear’. His landing, though, jarred his brain, so he’s been hallucinating some funky stuff. We’re not sure, though, if the hallucinations and confusion aren’t part of the onset of Alzheimer’s – my grandfather (his dad) had it during his final years.

And, as if all that wasn’t enough, he has Type 2 Diabetes, so the gash on his leg was cause for concern. Thankfully, while it’s an ugly gash, it’s not causing any foreseeable issues. He was transferred to a care center for rehabilitation – he can’t go home until he’s built his strength back up and regained his balance, since he’s currently still dealing with massive confusion, and can’t get out of bed or out of a chair without assistance, and unable to walk without help.

My poor mom has Fibromyalgia as well as Rheumatoid Arthritis in both hands and feet – so she’s unable to help him get around, so having him get ‘rehabbed’ first is a good thing. So keep them both in your prayers, please – I know they’d appreciate it, as would I!

OK, enough serious stuff – how about some funnies? 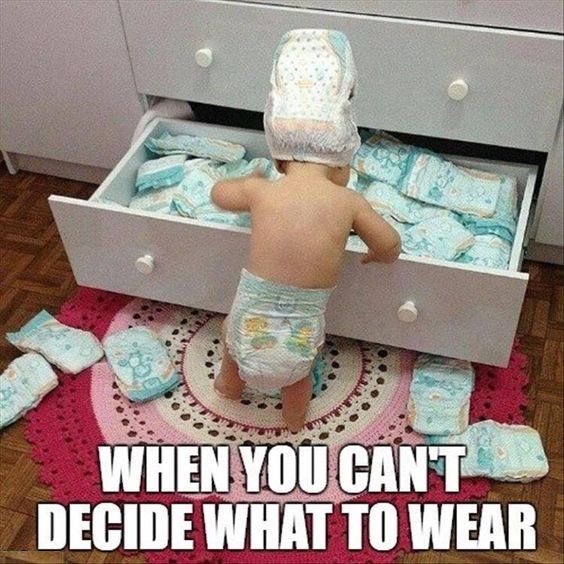 We’ve all had those days, right?

This one had the top part of the description cut off – it actually said 220;Most Honest Wedding Cake!”: 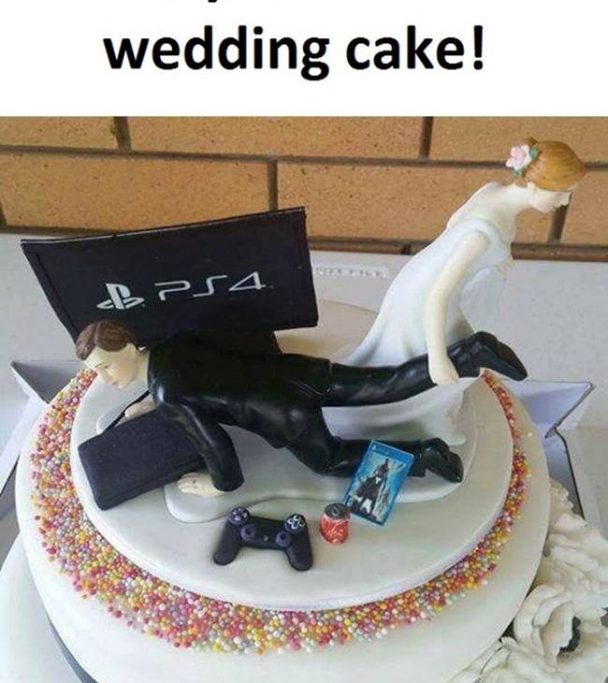 And I’m going to just leave this right here…it’s hysterical, and I wish I would have thought of it when I was still in Corporate America:

“Foolish Me – What’s the silliest or craziest thing you’ve ever done?”

HA! That’s actually an easy one for me – especially since Princess Nagger asked me that exact question when she was 9. And here was my answer then:

I’m pretty sure it was the time me and a group of friends were skiing on Crystal Mountain with our bota bags full of alcohol draped around our necks. After a few trips up the ski lift (which is when the bota bags were brought out) we were a little buzzed and decided it would be a great idea to attempt a black diamond run.

Some might consider it a crazy decision, particularly after I missed a turn and went tumbling halfway down the mountain – on my butt.

Then got stuck in the hip-deep snow attempting to retrieve my runaway skis and put them back on my feet in a not-so-graceful manner.

Sure, I can laugh about it now.

I’m pretty sure I’d say it was crazy to go buzzing down a black diamond slope while buzzed, wouldn’t you? At least it wasn’t a wipe-out as bad as these might have been: 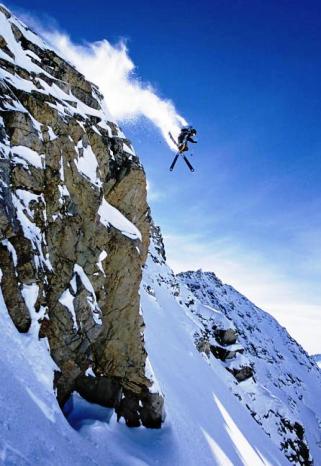 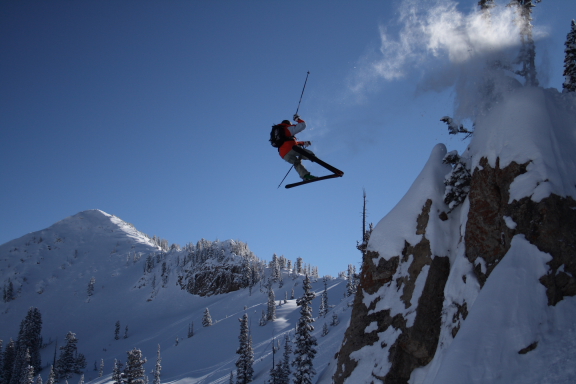 I’d like to think I possess a modicum of common sense, thereby assisting me in avoiding crazy at all costs.