I have a confession to make. I watch a lot of TV shows. No, I don’t sit on my couch and eat bon-bons all day watching my ‘shows’ (yet), I happen to have a very nice pair of wireless headphones that allows me to move around while watching my favorites and get stuff done.

But I do have to admit, I can’t be doing something else while watching my new favorite show, Timeless: 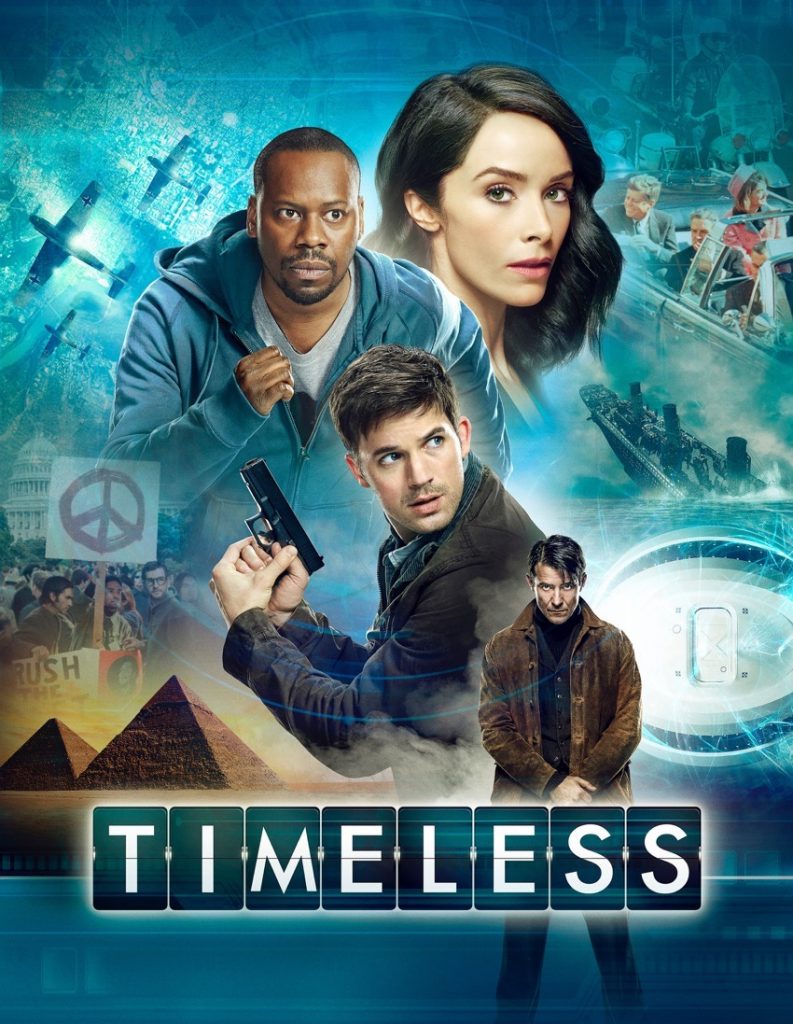 You can’t not watch. It grabs your attention and holds you there, which is one of the many reasons I love this show. Tonight is only the second episode, and I can’t wait to see what will happen next!

In case you don’t know what the heck I’m talking about, here’s the synopsis:

From Eric Kripke (“Revolution,” “Supernatural”), Shawn Ryan (“The Shield”) and the producers of “The Blacklist” comes this thrilling action-adventure series in which a mysterious criminal steals a secret state-of-the-art time machine, intent on destroying America as we know it by changing the past.

Our only hope is an unexpected team: a scientist, a soldier and a history professor who use the machine’s prototype to travel back in time to critical events. While they must make every effort not to affect the past themselves, they must also stay one step ahead of this dangerous fugitive. Can this handpicked team uncover the mystery behind it all and end his destruction before it’s too late? 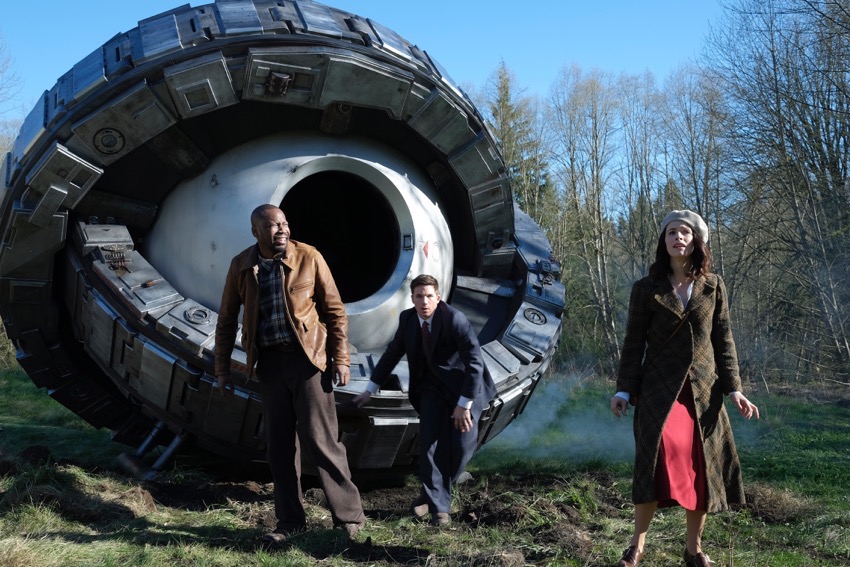 See that crazy contraption that looks like an eyeball? That’s the prototype of the time travel machine – the ‘mother ship’, as they refer to the newer improved one, has more aesthetic appeal. I felt bad these three had to travel back in time in that bucket of bolts! But they made it! 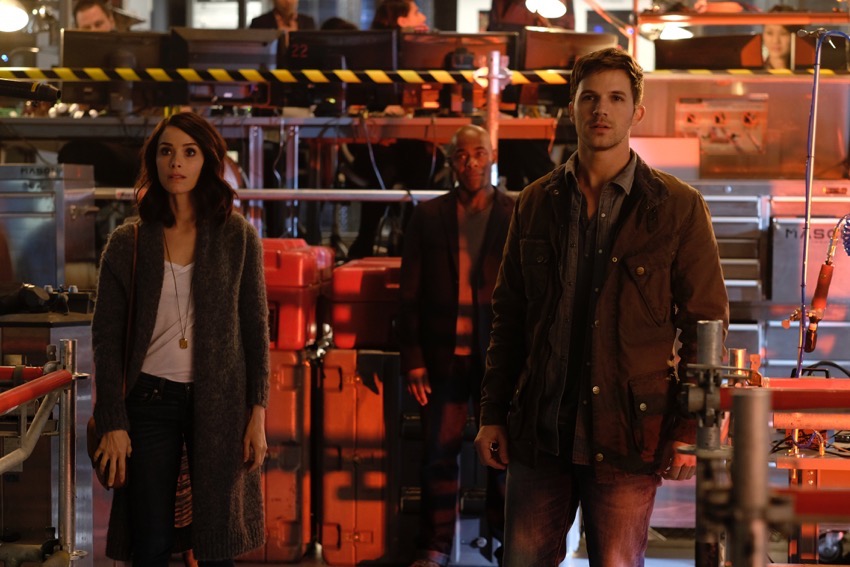 Abigail Spencer plays Lucy Preston in the NBC drama “Timeless.” When she goes back in time, Lucy’s future is altered that impacts her mother and sister with a ICYMI (In Case You Missed It) moment at the end of the episode. “Timeless” airs Mondays 10/9c on NBC.

I love Abigail Spencer – if there are any All My Children fans out there, that’s where I first saw her and became a fan. But not a rabid stalkerish fan. In case you were wondering. I will watch anything she’s in, though, because I love her! 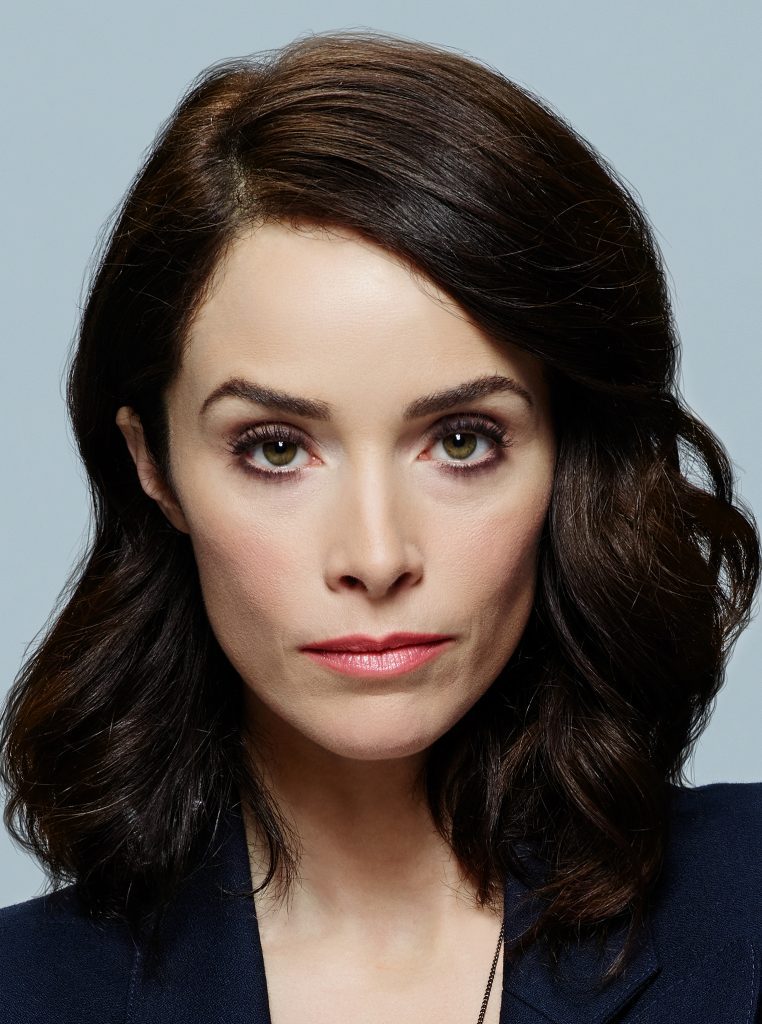 I was honored to be amongst a group of bloggers who got to interview Abigail Spencer by phone last friday. I’m not going to lie and say I wasn’t nervous, but she put everyone at ease, and even laughed at my joke when it was time for me to ask my question.

She is such a sweet person, and it’s very clear that she’s loving this new role of hers very much. She especially loves to wear all the different era costumes – she got a big kick out of the upcoming 70’s outfits that were secured by wardrobe from an estate sale. When asked what era she would like to travel to, she said she loves the 1940s and would love to travel to that particular decade.

In case you didn’t know, Abigail happens to have an 8 year old son, which makes it hard for her to be apart from during the week when she’s filming in different locations. She very thankful for current technology, and utilizes cool apps to keep in touch with her son and enjoys getting to see pictures of him in school.

She applauds her parents for teaching her to follow her dreams – her dad was a professional surfer (how cool is that?!) so they had surf shops all over California. He was definitely doing something he loved, and now she gets to do something she loves, too! You know what they say – if you love what you do for a living, it’s never a ‘job’ or ‘work’. My hubby says that all the time about teaching at the college.

Abigail mentioned she didn’t happen to be a history buff prior to doing this show, but she’s loving the extra education she’s getting about so many historical facts. She wanted to do a show that not only a family could watch together, but that they could actually learn something from as well, thinking about her son.

She sure picked an awesome one! I love history, though I wasn’t a fan in school because I had a terrible history teacher – now I soak it up like a sponge any chance I get, and this show is an extra special treat in historical education! 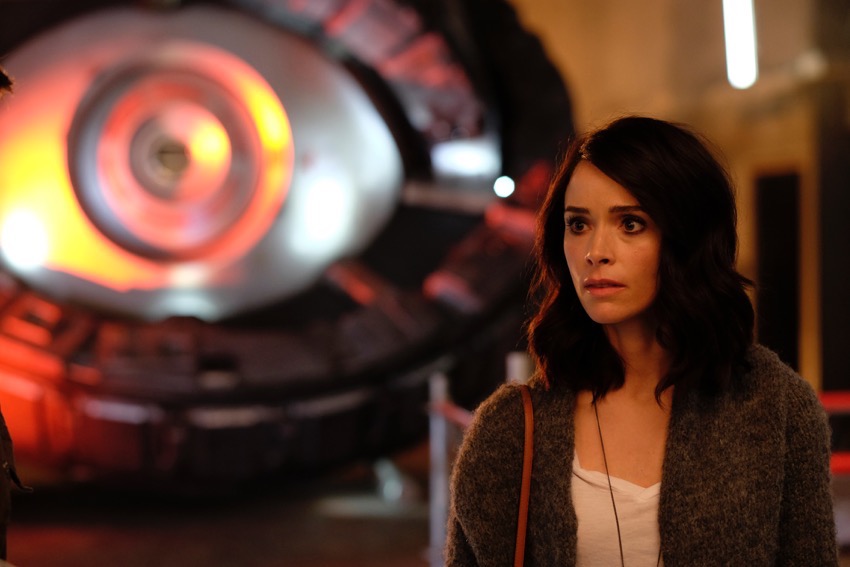 Tonight’s episode is going to be a good one, especially since it involves Abraham Lincoln:

The Team can save the life of one of history’s greatest men! Lucy (Abigail Spencer), Wyatt (Matt Lanter), and Rufus (Malcolm Barrett) chase terrorist Garcia Flynn (Goran Višnjić) to the night of Lincoln’s assassination, where they’re horrified to learn that Flynn’s linked up with history’s most notorious assassin, John Wilkes Booth (guest star Kelly Blatz).

Putting aside a tragedy of her own, Lucy speculates that Flynn intends to send the fragile nation into chaos by making a bad thing worse, and a debate rages among the team: should they alter history if it means changing it for the better? Also starring Paterson Joseph, Sakina Jaffrey and Claudia Doumit. Guest starring Neal Bledsoe, Michael Krebs, Terry Lewis and Lucia Frangione.

Don’t miss “Timeless” on Monday nights on NBC! Trust me, you’ll love it!

Note: This post was sponsored by the Role Mommy Writer’s Network. A great big thank you to Abigail Spencer for gracing us with the fun interview. I will be a fan for life!

Getting to Know Lauren Lake: Judge, Mom, Voice for the Voiceless #PaternityCourt

What’s your guilty pleasure? One of mine happens to be watching judge shows. I know, I know – but c’mon, my favorites are Judge Milian, Judge Judy, and of course Judge Joe Brown (who we always love to see stand up … Continue reading →

Jim over at Irregularly Periodic Ruminations was provided with an interview meme that he graciously offered to think up some questions for the first two people who would make a notation of ‘do me’ in his comments…well, I figured I … Continue reading →