Hey oh, it’s Tuesday! The days have been flying by in a blur, what with all the activity we’ve got going around these parts. Are you wondering what the flurry of activity has been? Even if you aren’t, I’m gonna tell you. So there.

I’d like to preface this, though, with an apology – I’ve been running around like a chicken with its head cut off trying to get multiple things done at once (typical day, really), but I’ve fallen quite behind on my blog visits, comments, and comment responses. I will be tending to that deficit as soon as humanly possible – I appreciate your patience as I attempt to maintain my sanity. Or, you know, what’s left of it… *snicker!*

Ready for the news?

We’ve decided that we’re going to put our house on the market, so we’ve been ensconced in getting it ready for its close-up. I know, right?!

I know, I know, you’re all thinking “But wait – didn’t you just buy that house?!” Sort of, we’ve been in this particular house since February 2014. So we’re fast approaching our 3rd anniversary. But the thing is, when we moved back here from PA, you might remember that we were Basement Dwellers in my parent’s basement while we waited for our house to sell in PA, and while we were house hunting here.

Only, our house in PA was taking too long to sell, because of it being a cool house built in 1817, so it needed the ‘right’ buyer for it. As in, someone who appreciated it’s ancient age, in spite of the fact it was updated over the years and a totally awesome house. 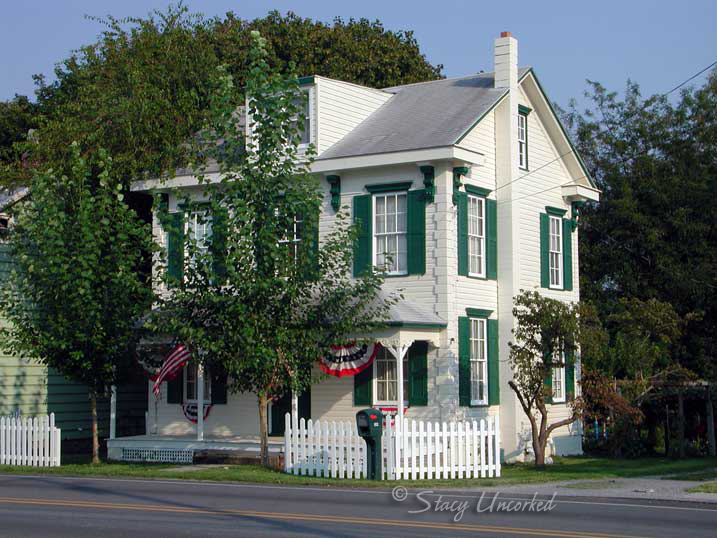 But when you’re an adult, and you take up residence in your parents’ basement with your husband and two children, it’s a bit cramped and depressing. Hence the hurried mode of finding a house as fast as possible to get the hell out of the basement.

So instead of waiting for our house in PA to sell (which we’d paid off a few years earlier, and planned to pay as much cash as possible to get the perfect house in this area without doing a big mortgage so we could have wiggle room in the budget and play money) we decided to bite the bullet and qualify for a whole new mortgage so we could get out of basement dwelling mode.

At that time, the housing market was tight – not enough houses for the plethora of buyers, including us. So when we found this house, which was within the pre-approved range for the mortgage, we decided to just go for it, knowing full well it was only going to be the stopping point to the house we’ll live in for many many years to come.

That time is now. 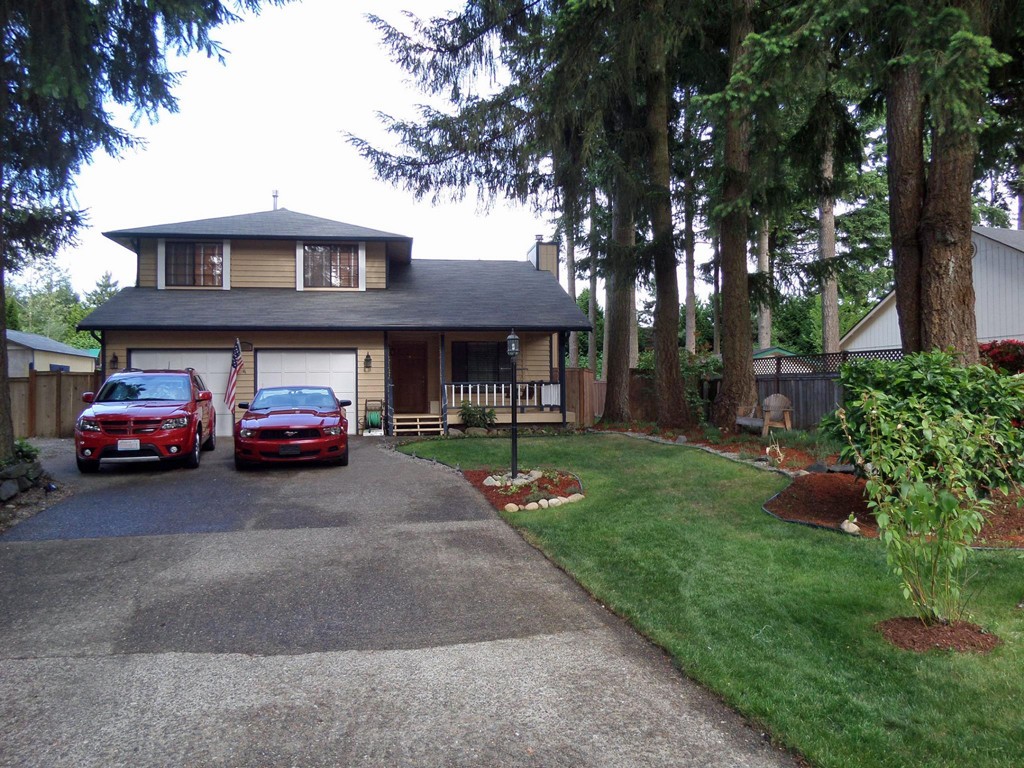 We simply don’t have enough room – right now there’s enough room if we just acted like a ‘normal’ family with two kids. But anyone who knows us knows we’re not particularly ‘normal’. Ahem.

I need space for a craft room, as well as my winemaking fun, and the hubby needs space for his music making. This house would work if it had a basement, or at least another two rooms. But it doesn’t, so it’s time to move on.

We got lucky, though – our house in PA finally sold after 9 months, and this house was an awesome investment, as its value increased quite a bit, which means we’ll have more to work with for the next house. So the search is on.

We’ve enlisted the services of the realtor who helped us find this house to sell it as well as help us find our next great adventure house. I’ve been perusing the listings tirelessly, looking for that one special house. We have a list of our top choices, so we’ll be seeing them over the weekend to see what’s what. I’ll keep you posted.

Meanwhile, because we have about half the space we had in PA here in this house, there’s too much clutter. I had hoped the realtor would be able to use the the interior pictures from the previous listing, since nothing except the furniture was changed inside, but alas, there’s that whole copyright thing. So he brought his partner over this past weekend to take pictures – but while he’s a super nice guy, a photographer he is not.

The pictures looked like he was a a frat party, not taking pictures of rooms for a listing. Nothing that screams “Buy me!!” So I’m going to get creative and stash the excess stuff, and take the pictures myself. So there.

And to be honest, I never actually finished unpacking from our big move across country, because this house just wasn’t ‘home’ to me. Trust me, the clutter-fest has been wearing on my every last OCD nerve, too. Perfect time to do more purging! It’ll be an awesome (and needed) fresh start in our next house. I can’t wait!

And now, for some fun… Have you seen the newest craze of inflatable pubs? No, seriously, it’s a thing: 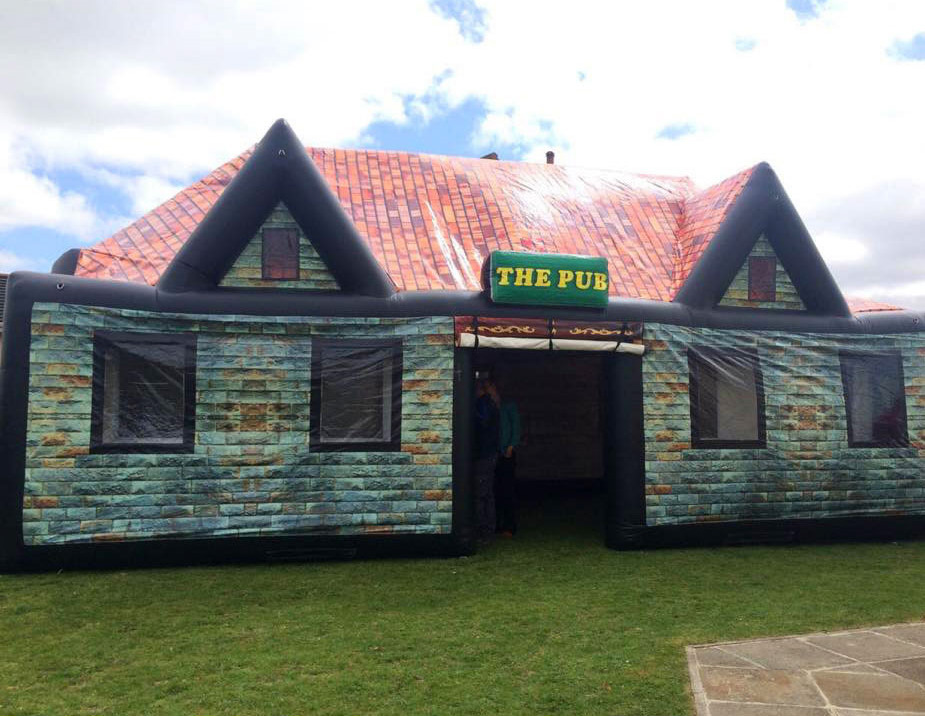 They even have a fake fireplace and mantle: 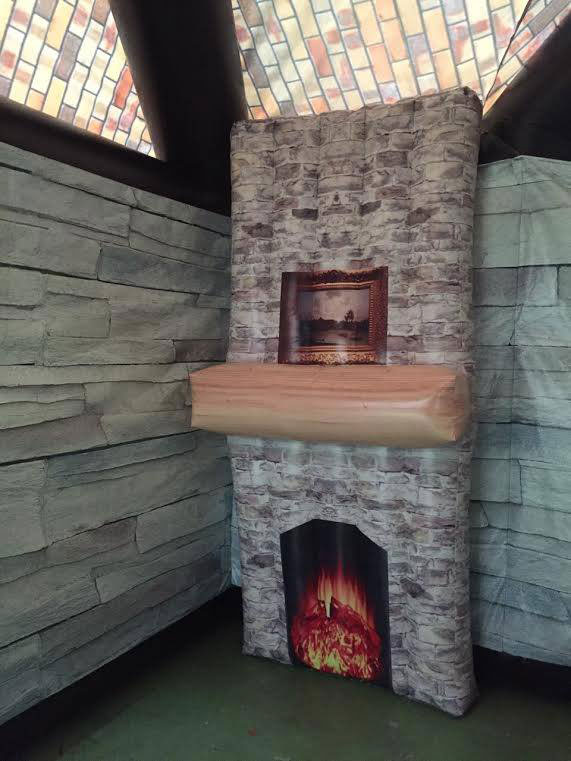 Crazy, no? The company that first made the air-filled structures went into business about six years ago when owner Lisa McMahon Winters left her job in sales to be her own boss. A stint in the event planning industry led her to the conclusion that so many of the available tents and marquees were, well, boring. After seeing bouncy castles and lackluster bar tests, inspiration hit.

They can also design any favorite pub you’d like as an inflatable. They feature details like faux leaded glass windows, wood and stonework, tile roofs, personalized signage and even fireplaces. (No dartboards though, which is probably for the best.)

Apparently there’s a huge market for the inflatable pubs in Ireland and the UK, where they’re popular at weddings and backyard parties. Some people have even built a “village” of multiple inflatable buildings for outdoor receptions. They’ve also proven popular at large music and arts festivals around Europe.

And on this side of the pond the inflatable pubs have taken off in places like New Jersey, Long Island and Massachusetts where a large Irish-American population lives, as well as places like Arizona and Florida where the Irish community may not have access to historical haunts like they do in America’s older cities.

It might be kind of fun to throw an inflatable pub party, don’t you think? No idea what something like that costs, though, which might be difficult when my current piggy bank looks like this: 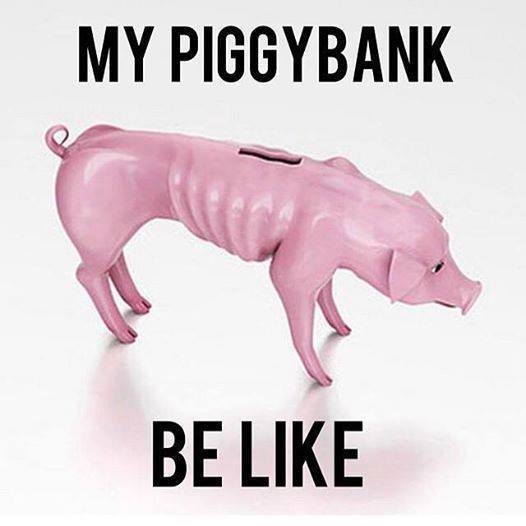 “Yesterday was Canadian Thanksgiving… so I’m in a turkey coma. Let’s all show 2 minutes of Gratitude.“

Well, it’s only a minute, but trust me when I say I am thankful for all of you. Here’s musical confirmation: