Whoa. It just hit me there’s just under 4-1/2 weeks of school left. Princess Nagger is looking forward to being done with the institution she refers to as ‘prison’…heh.

At least next year she’ll have fun, since I did successfully get her enrolled in a Virtual Academy. Which is technically Homeschooling, since as her ‘learning coach’, I’ll be preparing lesson plans and making sure she’s staying on task with her subjects and doing what she needs to do to meet the state requirements in education.

But she’ll have interaction with a ‘real’ teacher online who will run virtual classrooms weekly and communicate with Princess Nagger and myself on a daily basis. It’s going to be extra work for me, but I’m actually looking forward to it – and hopefully I’ll be smarter than an 8th grader. Or learn something along with her.

Speaking of learning things… Did you hear that effective yesterday, Bison is America’s first national mammal? Pretty cool, no? 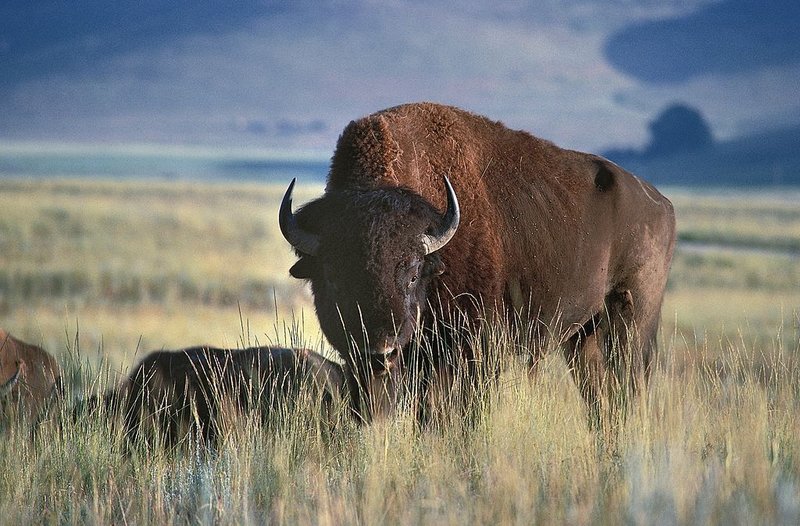 The measure says the bison is considered a “historical symbol of the United States” and it is “integrally linked with the economic and spiritual lives of many Indian tribes through trade and sacred ceremonies.”

The bison is, after all, on two state flags, and it was the official mammal or animal of three states already. A bill needed to pass for it to go national. Which it did.

The bison’s comeback from a low of just hundreds is amazing. Back in the 1500’s there were 30-60 million living in North America – enter the colonists and pilgrims and pushing everything Westward, plus the hunters killing the bison for their hide to sell, the numbers started falling.

Then you have General Phil Sheridan, who appeared before the assembly in 1875 suggesting that “every hunter be given a medal with a dead buffalo on one side and a discouraged Indian on the other.” He felt that “once the animals were exterminated, the Indians would be controlled and civilization could advance.”

Somebody should have smacked General Sheridan upside the head. Just sayin’.

Personally I think it’s a great idea to make the bison our national mammal. The bill says efforts early last century to save the bison “resulted in the first successful reintroduction of a mammal species on the brink of extinction back into the natural habitat of the species.” Bison now have a presence in every state, with about 20,000 living on public land. Awesome!

Speaking of bison… Did you hear about the tourist who put a baby bison in the back of their vehicle at Yellowstone National Park last week? You can’t fix stupid, people. 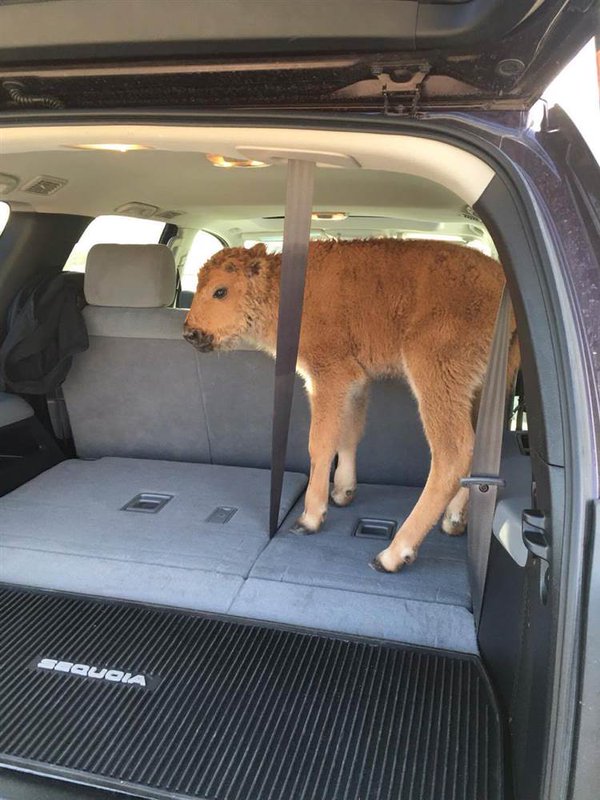 A father and son transported the bison calf in the back of a Toyota Sequoia to a ranger station – they were apparently worried that the calf was going to freeze.

I wonder if they pick up all wild animals they think might be too cold? The really sad part of the story is that the baby bison ended up having to be euthanized. Park rangers tried repeatedly to reunite the newborn bison calf with the herd, but their efforts failed. The poor baby was rejected and abandoned.

I don’t know why they decided to euthanize the poor thing – couldn’t they find someone with a private herd to give it to as a rescue? I sure hope the tourists who caused the domino effect end up getting more than just the ticket they ended up getting.

Especially now that bison is our national mammal. 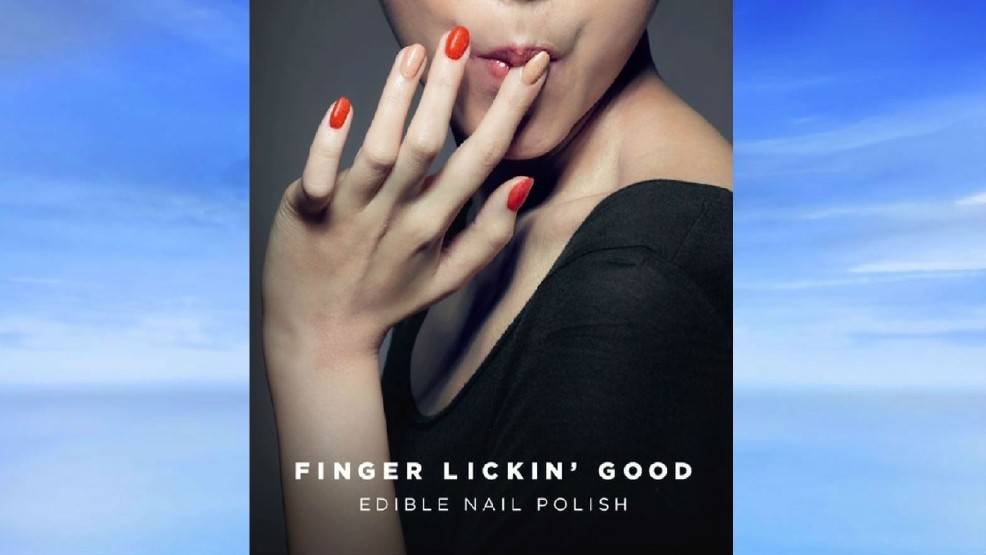 It’s true, people! KFC has produced edible nail polish for customers in Hong Kong, because they think you should take its “Finger Lickin’ Good” slogan literally.

KFC, along with marketing giant Ogilvy & Mather, has produced edible nail polish for customers in Hong Kong that comes in two flavors and colors: Original (kind of a beige) and Hot & Spicy (red). 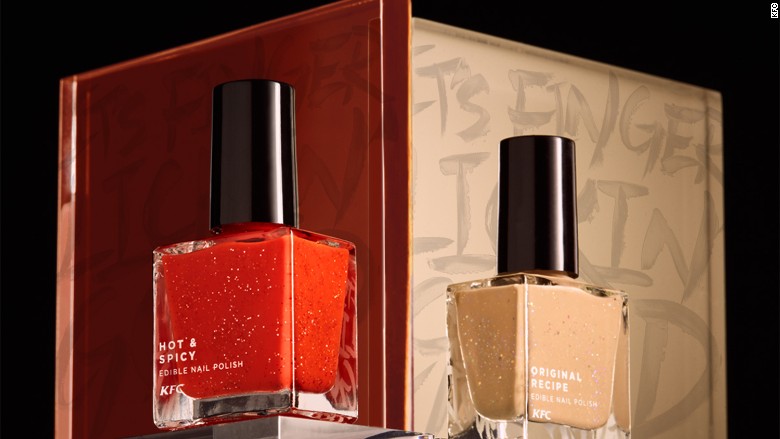 KFC says the nail polish is “sourced from natural ingredients, with a recipe that is unique and specifically designed to hold the flavor, but also to dry with a glossy coat similar to normal nail polish.”

All the nail biters of the world can rejoice – now their nail biting can be tasty. I’m not a nail biter, but I think I’m going to pass. Would you get it?

“My home still has several projects requiring starting or finishing. I hate leaving something unfinished. Are you a starter or a finisher?”

I do not like having to stop on projects and leave them unfinished, so I’ll tend to actually hold off on starting the project until I know I have a number of hours to work on it uninterrupted (read: when I’m home alone) so I can work non-stop to get it done.

Granted, there are some projects that won’t be completed in a matter of hours, let alone a number of days, but I will finish one project before moving on to a different one. The hubby, on the other hand, is a start-stop-fuggetaboutit kind of guy. I thought I got distracted by shiny objects – the Absent Minded Professor takes the cake.

Of course, if it’s something he enjoys doing, he’ll take less breaks and finish it – I’m sure that’s true for most of us.

I’m looking forward to starting (and finishing) the transformation of my shed into a SheShed this summer. 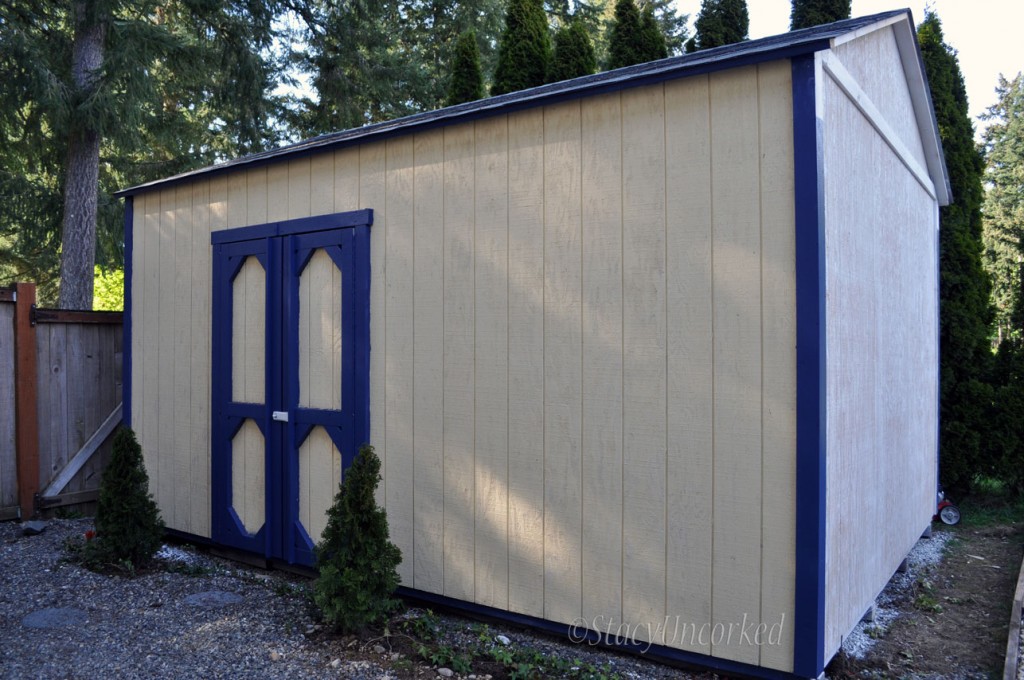 Now if only my money tree had taken root, I’d be set.

I’ll be getting creative trying to do what I want to do on a budget. I’ll be sure to share the progress with you once I get started. And yes, I will finish it this summer so I can enjoy it year ’round.