Hello Monday! We finally got a little bit of rain this past weekend – I know, those of you who have preconceived notions about it raining all the time  in Seattle figure it’s not really newsworthy. Except that it is this year.

We’re in the midst of one of the hottest and driest summers in recent memory. Seattle hadn’t had measurable rain since June 28 and hasn’t had significant rain since June 1. The last time it rained on a weekend? April 25.

So us Seattleites are singing and dancing in the rain – especially since the 10-day forecast shows no more rain again, starting today. All the typically green grass everywhere is now a lovely pale shade of beige.

Being that it is Monday (and the sunny weather has returned enforce) it’s the perfect day to do some more (rain) dancing with some great music, no? This week is a freebie, so let’s have some fun!

Let’s start off with an artist who was recently thrust into an unconventional spotlight since rumors abounded that she was one of the reasons our favorite Country Star couple, Blake Shelton and Miranda Lambert, recently divorced. Rumors always have to raise their ugly heads. But in this case, I was introduced to an artist who has had a rough time trying to make a living with her amazing talent.

The last time this sweet-voiced sharp-tongued singer-songwriter was in the spotlight was back in 2013 with her excellent song, “Forget You”. Then life happened. This poor girl has been through a lot, so her poignant new pop tune is her ‘return’.

The track covers everything from her father’s imprisonment to the untimely death of two of her brothers, and is an incredibly vulnerable autobiographical offering from the singer. And, despite the incredibly heavy subject matter, the artist’s natural knack for crafting memorable melodies remains present throughout the song.

This artist is definitely one to watch – and pay no heed to the annoying rumors that are swirling about at the moment. 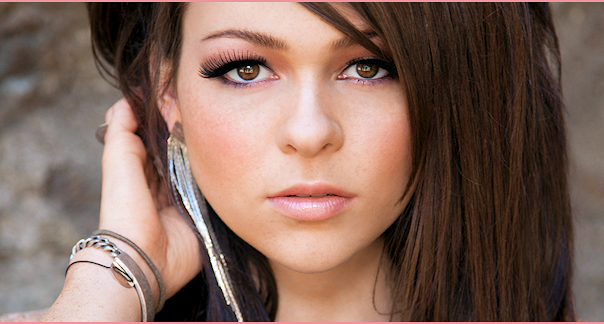 Give a listen to the adorable Cady Groves with “Crying Game”:

Next up is an artist who’s been around since about 2003, though he only recently came under my radar when I caught his catchy new tune that was a single from his new album that was just released last month. He’s a wildly popular touring artist who has produced all of his past efforts until now, when he turned over the reins to a bonafide country music producer with his most ambitious record yet.

This artist didn’t start pursuing music full time until he was 28 – prior to that, he majored in Social Studies education at the University of Georgia, followed by teaching world geography, world history and guitar at a high school in Georgia, while writing songs and playing for friends at parties. Personally I’m glad he decided to pursue music full time, because the man’s got talent.

The artist’s most memorable songs mix a funky guitar riff with feel-good lyrics and a backend message you can take with you wherever you go. His new single from his just-released album adds nostalgia to the brew.

Part of what makes this artist such an interesting and important artist is that he writes and records songs from the viewpoint of a 35-year-old man with wife and kids. His imagination roams, but when he reminisces he’s painting a scene anyone in a similar situation can relate to.

“I got my sunglasses on / Yeah, it’s all about the attitude / Like life’s a long summer / And the world’s just a big round swimming pool”

“The pavement gets hot / It’s been burning my soul / So I’m sittin’ on a ledge / With my legs hanging down in the watering hole.”

with the chorus being classically him, and as rhythmic as his guitar beat:

“I could take a plunge, but hey why bother / Everything looks fuzzy when you’re under water / I could hold my breath, but I ain’t gettin’ in over my head / I’m good right now, I’m just gettin’ my feet wet.”

After the second verse he begins to think back on his childhood before eventually circling back to his place in life. The bridge adds some emotional depth, something so many similar songs on the radio lack.

“Learning to swim / It makes us brave / But the older we get / The more we sit back and let the kids make waves.”

Definitely a feel-good summer song with some depth. 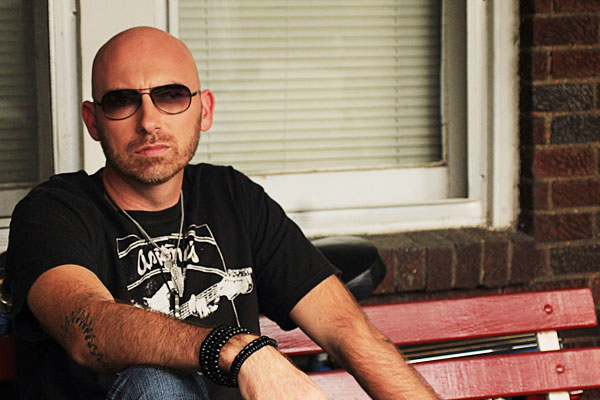 Next up is a song whose title doesn’t actually describe the song – the song is more about an intimate night for two. When he and the other writers were writing the song, it started off with a bit of a different groove, but then they started messing around on the guitar and built a groove and started building a track – and improvising on lyrics.

Those kind of songs usually end up being the best ones. I always love listening to my hubby riff with his friends and come up with funky or improvised lyrics when they’re writing music. This artist sounds like he has the same kind of fun. 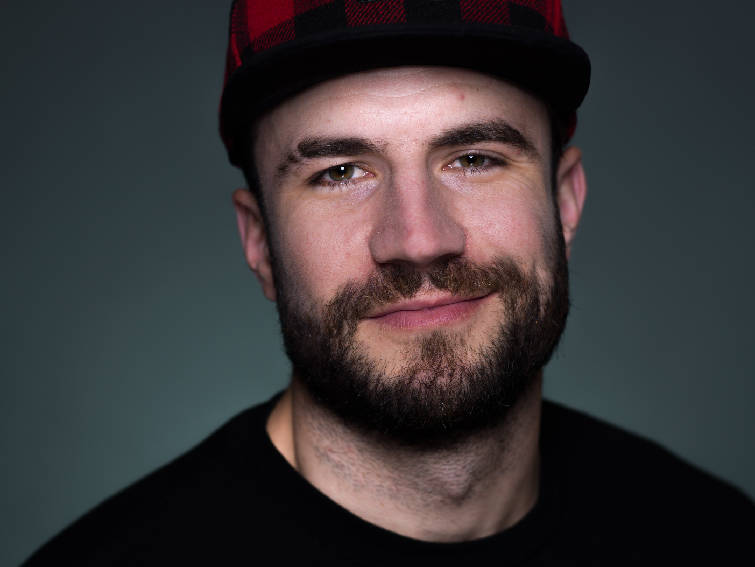 Give a listen to Sam Hunt with “House Party”:

Last – but definitely not least – is an artist who worked his way up from a busker (a person who entertains in a public place for donations) to a major-label recording artist> By his second album he was starting to enjoy the fruits of that success, including more attention from the ladies.

When asked by Billboard magazine if this song was inspired by a specific situation, this artist replied:

“I think it happens all the time where you’re done with a show, you’re signing autographs, you’re meeting people, and you can feel like… you know, these situations come up.”

“There’s not one person I’m thinking of when I write this song,” he added. “I’m basically like, everybody has temptations, guys and girls, they all have temptations. If you’re in a relationship, there’s temptation outside of your relationship. There’s a lot of people though that are still doing right by their guy or girl and holding strong and staying true. So I wanted to write one for people like me that are trying to do that, trying to do the right thing.”

I especially love this quote:

“…I feel very blessed that I get to roll up to any interview or anything that I’m doing and be like, ‘This is exactly who I am.’ That kind of slightly dorky guy – that’s me.”

There is a new version of this song he teamed up with Eli Young Band, but I’m sharing his original version instead. 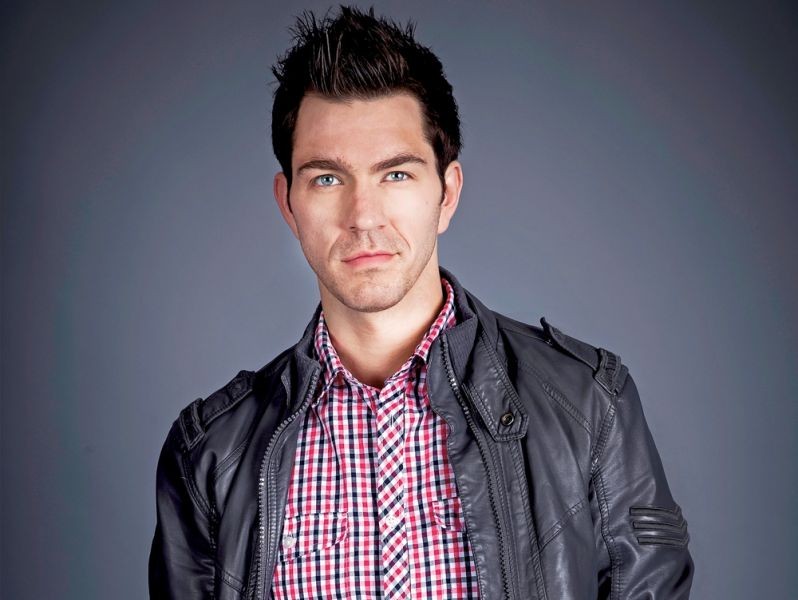 You’re going to end up doing more than just tapping your foot – get up and dance to Andy Grammer with “Honey, I’m Good”:

Bonus! The official music video is awesome, too – it features a montage of around one hundred real-life couples that have been together from several months to over 70 years. The artist and his wife can be seen at the 00:21 mark. Several other familiar faces are included, such as pop duo Alex & Sierra and actor Colton Haynes.

When he and his manager were tossing around ideas on how to do the music video, they wanted to press home the concept that this isn’t a song about a guy who’s cheating, this is about a guy who is being true. They started calling all their friends and family they knew had been married for a long time and asked them to lip sync the song.

Their friends started sending in videos and they started asking by word of mouth if people knew a couple who’d been married a long time. They had so much fun getting their friends and family involved, they decided to put it up on social media and ask the fans to be part of the video, too. The end result is awesome – I dare you not to get all misty-eyed and giggly as you watch this:

Honey, I’m good. That’s a wrap for this week – have a great Monday!

7 thoughts on “it’s a Crying Game when you get your Feet Wet at a House Party – but Honey, I’m Good.”