Lord love a duck. The Super Bowl, people! Disappointed we lost, of course, but at least it was a good game. I don’t think the game would have been quite as enjoyable if either team had pulled off a huge lead and kept it there throughout the game – it was nicer having it more evenly matched overall.

Well, except that the final play for my Seahawks was a bogus choice, leading to the interception in the end zone when we had plenty of time – and a short distance – to run it in: 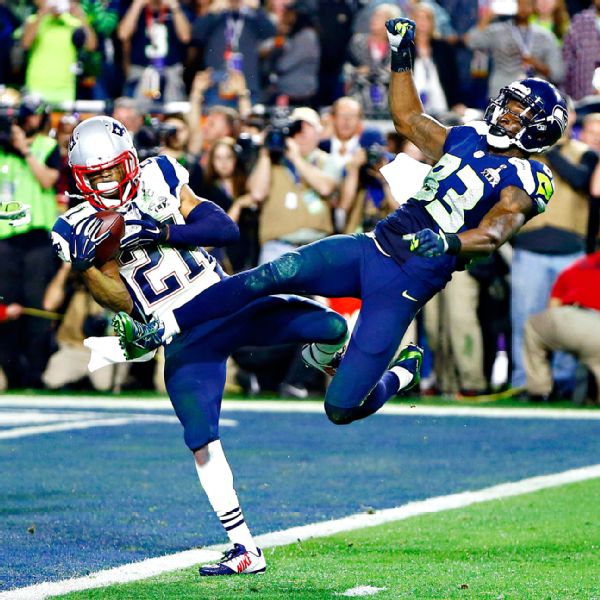 I mean c’mon, we were 1 yard away from a goal and only on a second down! After all, we have the awesomeness that is Marshawn Lynch who could have gone into Beast Mode to carry the ball the last few feet and clinch a victory: 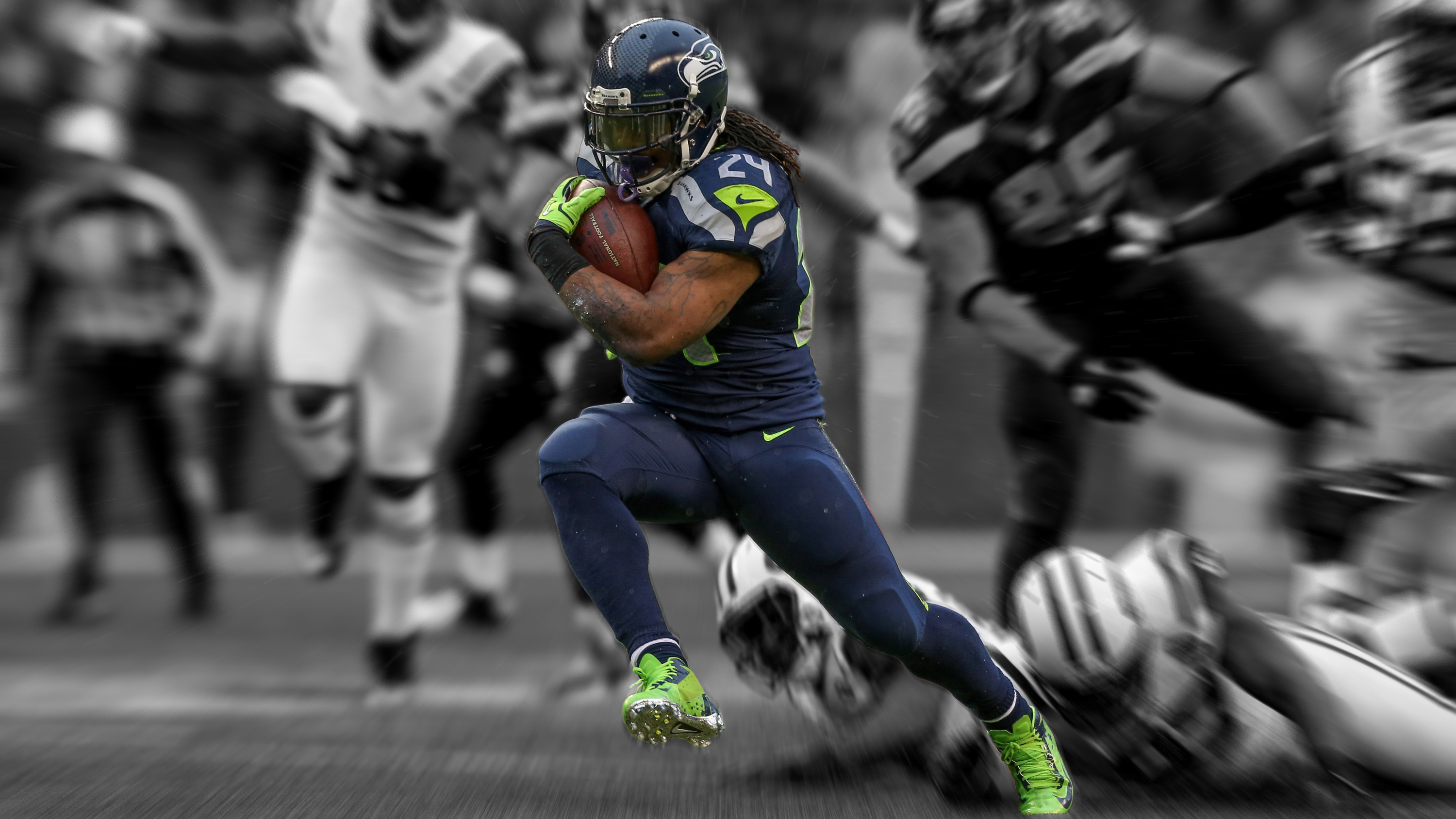 This will probably go down as the worst decision a coach ever made in the history of the Super Bowl.

But you know what? It’s only a game. The Seahawks played their hearts out and did us proud all the way to the end. We’ll just try again next year! It really would be cool if they make it to the Super Bowl three years in a row…we shall see!

Speaking of burning to the ground (you know, because all our hopes and dreams burned to the ground during those last 2 ill fated minutes…heh!)…

Did you hear about the awesome mansion that Taylor Swift filmed her music video for her song “Blank Space” had some trouble? Here’s the video in case you haven’t seen it, you know, if you’ve been living under a rock or aren’t really a Taylor Swift fan:

So basically the song is about love going down in flames, and the music video shows that underneath the shadow of an epically grand mansion:

Seems that Taylor singing about love “going down in flames” may have foreshadowed a literal blaze, and added one more haunting element to the history of the Winfield Mansion.

The mansion was built in 1916 by the family who started the global chain of Woolworth’s retail stores. Sadly, that mansion was subject to a mysterious fire last week that took 150 firefighters two-and-a-half hours to put out: 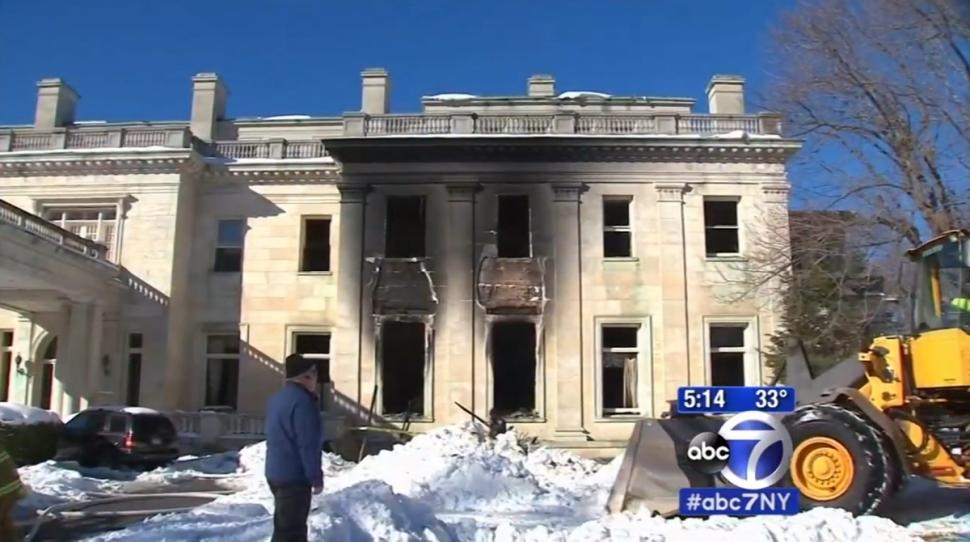 Reports on how the blaze started are inconclusive, but apparently the locals think it has something to do with the property being haunted.

This house was built in 1916 – with walls and pillars of marble (which, incidentally, ended up costing nine million dollars – the grand staircase alone cost two million). Frank Winfield Woolworth built this house after his family’s previous home was destroyed by fire. Coincidence?

This house got its reputation for being haunted since the death of Woolworth’s second daughter, whose spirit is thought to have stayed with the home after she committed suicide in 1918.

I’m sure the recent fire has nothing at all to do with the fact the house is very old, and who knows, with a house that size, if all the wiring and modernization was up to code. We’ll just say it’s ghostly, m’kay? Or just plain creepy…

Speaking of creepy… I got a great laugh a couple of weeks ago when I saw a ‘lip flip’ by Jennifer Aniston and Jimmy Fallon – it’s not one you see very often, since it’s tricky and requires some off-the-cuff humor. But Jennifer Aniston pulls it off brilliantly.

She totally gets into the character Jimmy turns her into of a crazy Boston bruh who’s really excited about Bonnaroo, and in return Jennifer turns Jimmy into a Seattle stoner as they debate who will win the Super Bowl. Check it out:

And to round off the hilarity – this was floating around on Facebook last week, though I found out it’s been around since 2012. Two years later, it’s still funny.

A possum in Australia broke into a bakery and ate so many pastries that it couldn’t move. This is how they found him in the morning:

Told you it was hilarious.

Speaking of not so hilarious – bear with me this week, there might be some minor interruptions and hiccups as I transition over to a new hosting site, since my current host (where I’ve been a loyal customer for over 10 years) threw me to the lions last week and disabled my blog because of a plug-in I was unaware was sucking bandwidth (you can read all about that nonsense here). So in case there’s some oddities, don’t worry – hopefully you won’t even notice the change at all.

Random.  Got a rant to get off your chest?  A recent victory to share?  Some cute kids to boast about?  Your choice today.

Annnnd…my work here is done. I’m sure that’s a bit of a relief as you thought I’d launch into even more random, didn’t you? You’re safe.