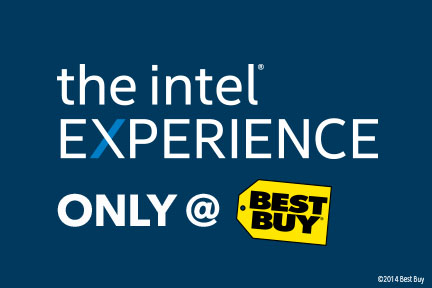 I’ve said it before, and I’ll say it again – I love shopping at Best Buy. Not only have all the people there been really nice and gone out of their way to help us every time we’re in there, but they always have the newest and latest cool stuff, that we get to check out and get all handsy with.

No better time to get handsy than now with the new Intel Experience Zone set up at 50 Best Buy stores across the country: 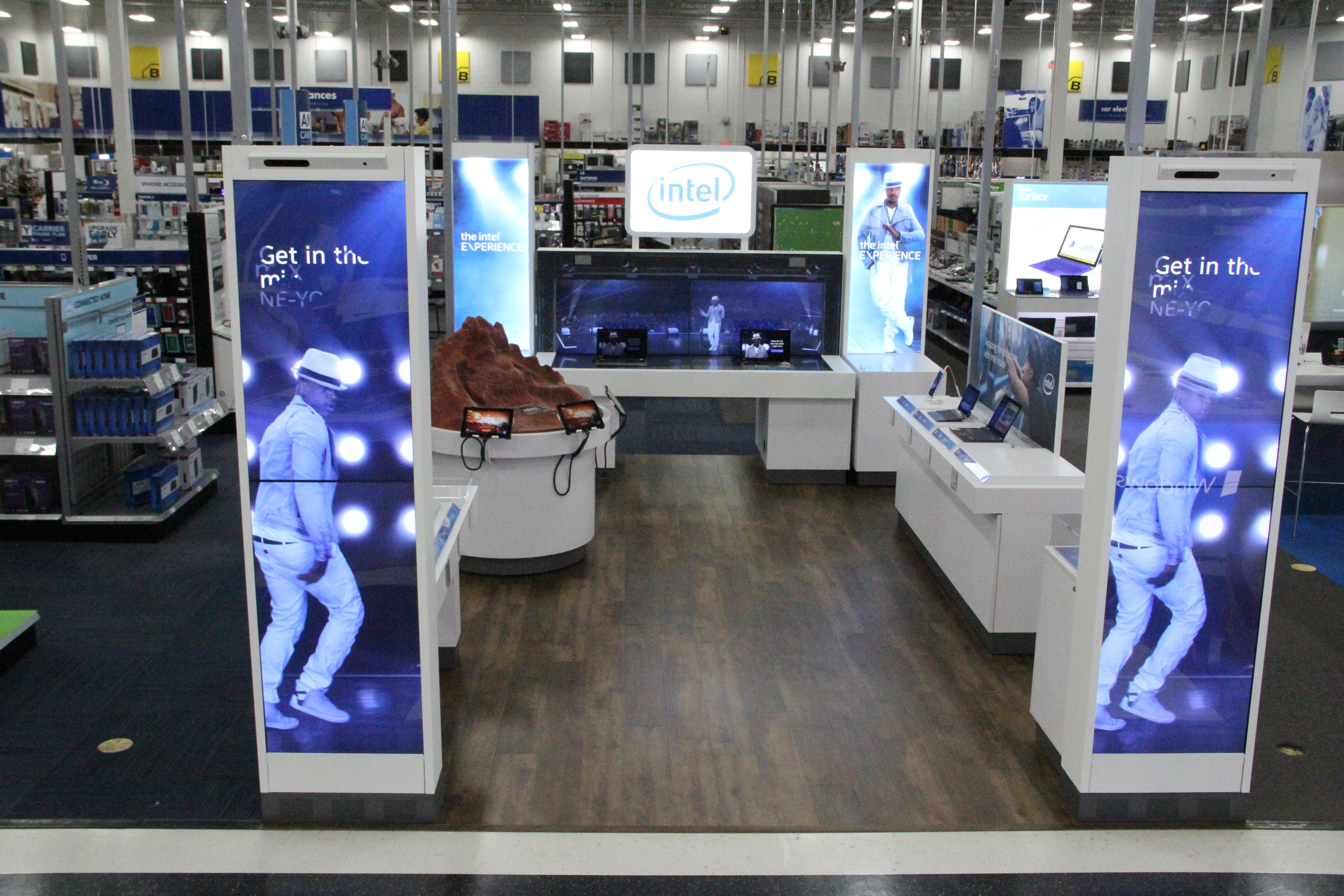 240 square feet of fun, I tellya!  Intel and Best Buy are teaming up to bring new Intel Technology Experience zones like that one to 50 Best Buy stores in major markets across the U.S. I’m lucky I live in a major market, because I got to go check it out myself. 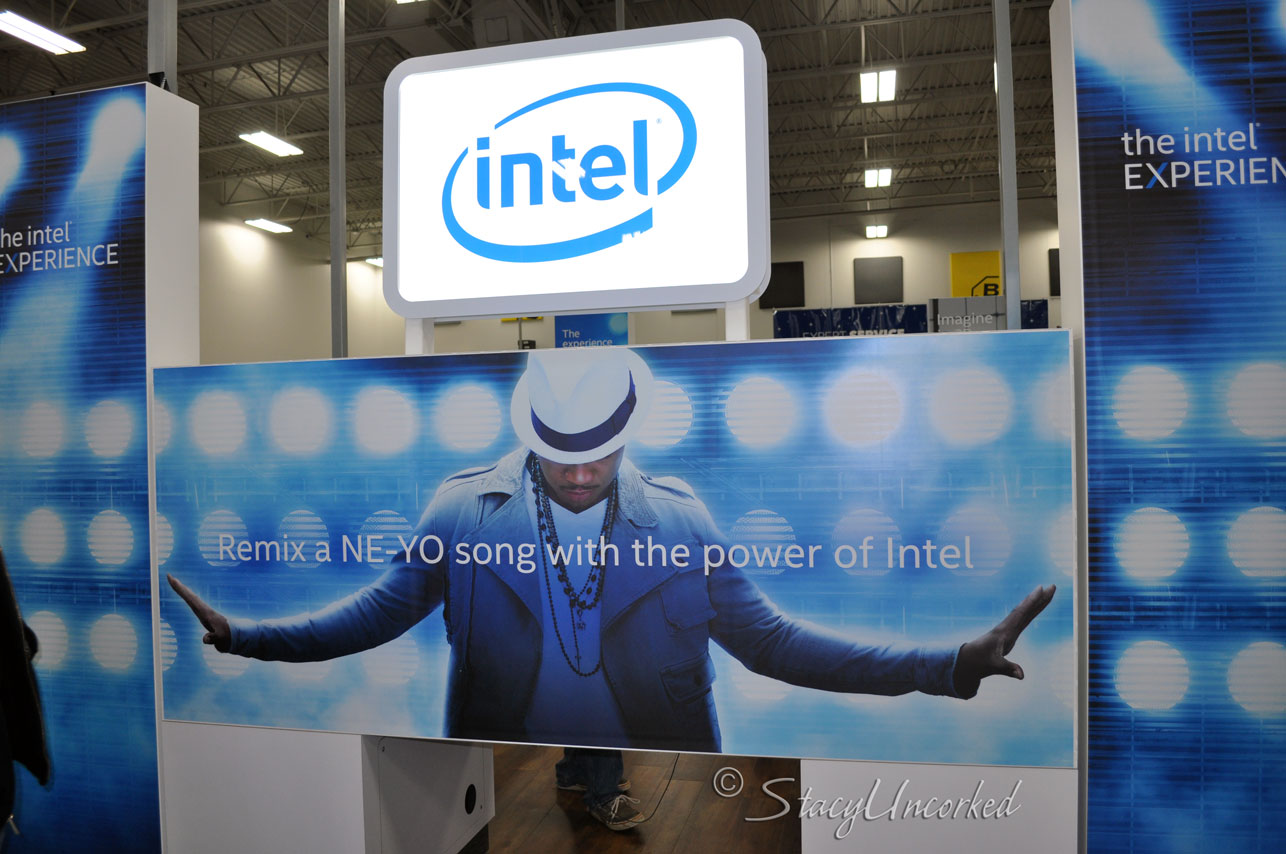 Even the kids were excited to scope out what was there: 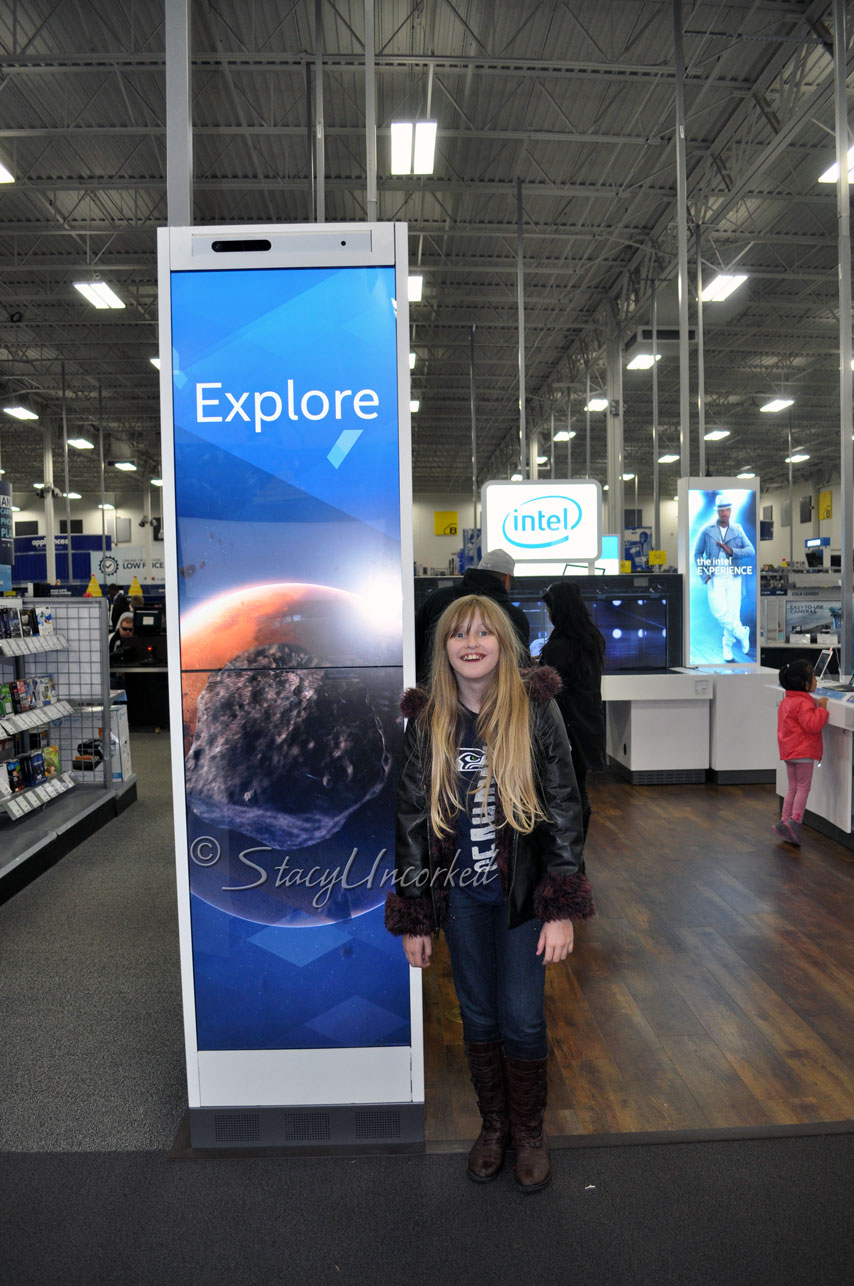 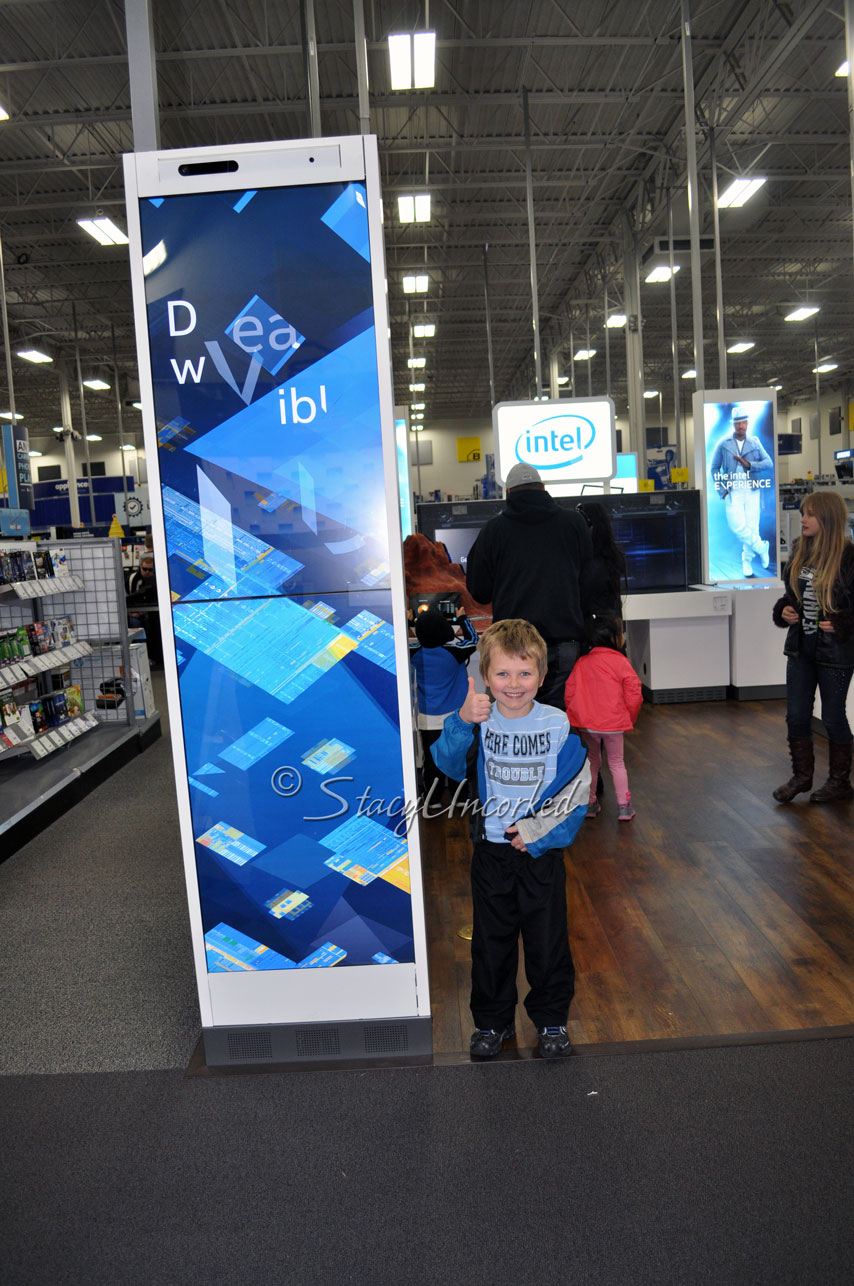 Did you know… While most (79%) of Americans are excited about the chance to learn and try out new technologies, half are frustrated by the lack of access to them beyond what they read or see in the media? That’s according to a new study by Intel and Toluna.

I can believe it – there are so many cool technological things that I would love to get my hands on to try out, just to see how it works, what it does, and if it’s something I’d want to spend my hard earned money on – you know, if it’s worth it to me.

That’s why Intel and Best Buy decided to team up with their new Intel Technology Experience Zones (you know, for me…I kid, I kid!) – it lets customers play, explore and be inspired by the power of technology with hands-on activities like virtual reality games – like this one, where you get to show off your racing skills on Mars in an augmented reality world: 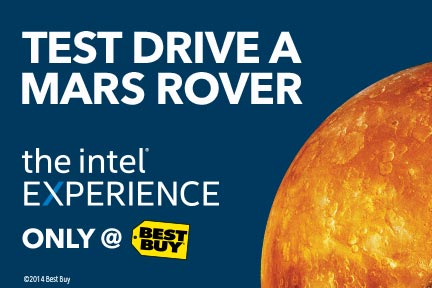 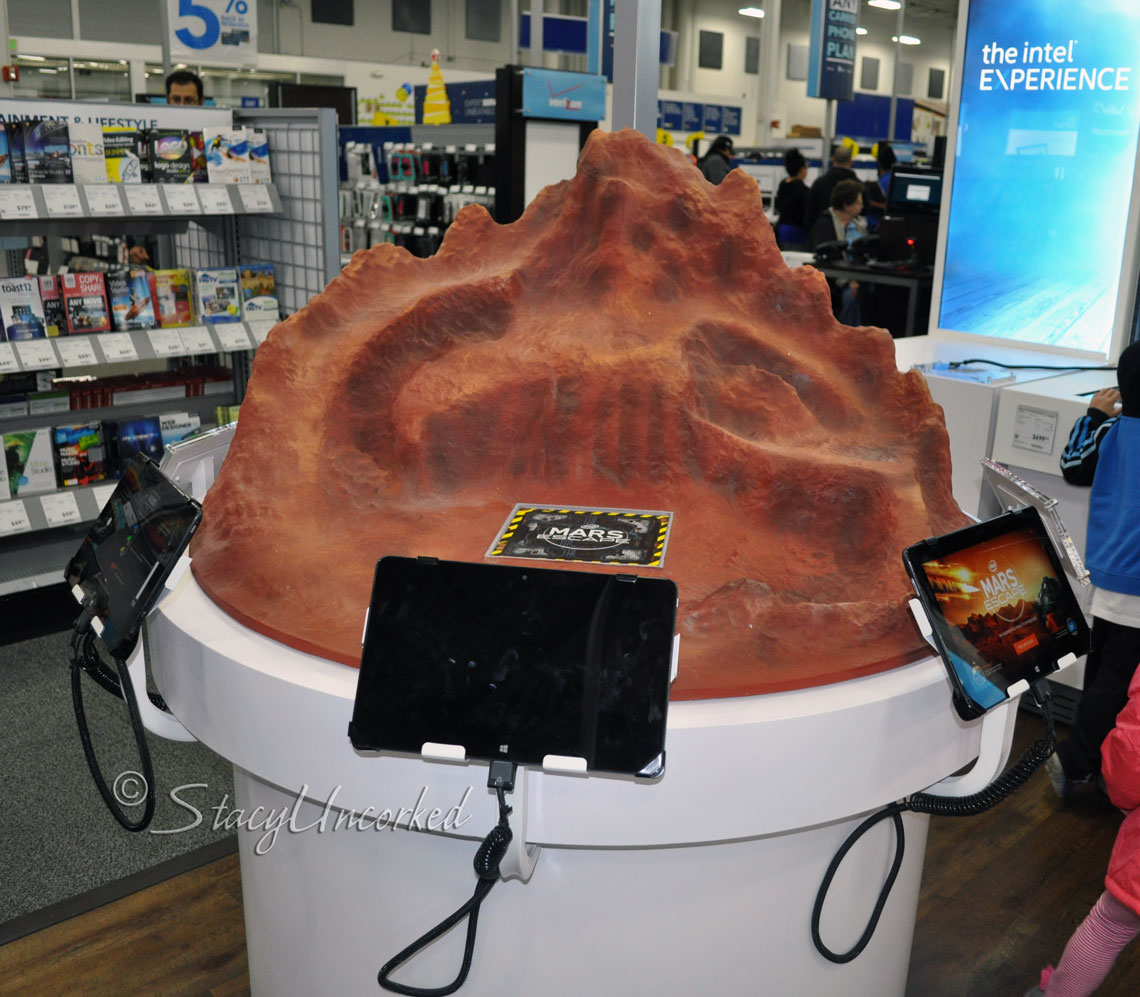 The kids had fun with that – I showed a couple of other little girls how to play it when my kids were done with their turn, and they also had a blast.

There’s also an area where you can do master beats and remix tracks by Ne-Yo as a digital DJ, but the dedicated laptops for that activity were over at the Geek Squad getting repaired after some funky weather and power surges from a couple nights previously. Good thing they have a Geek Squad! At least the display portion was cool: 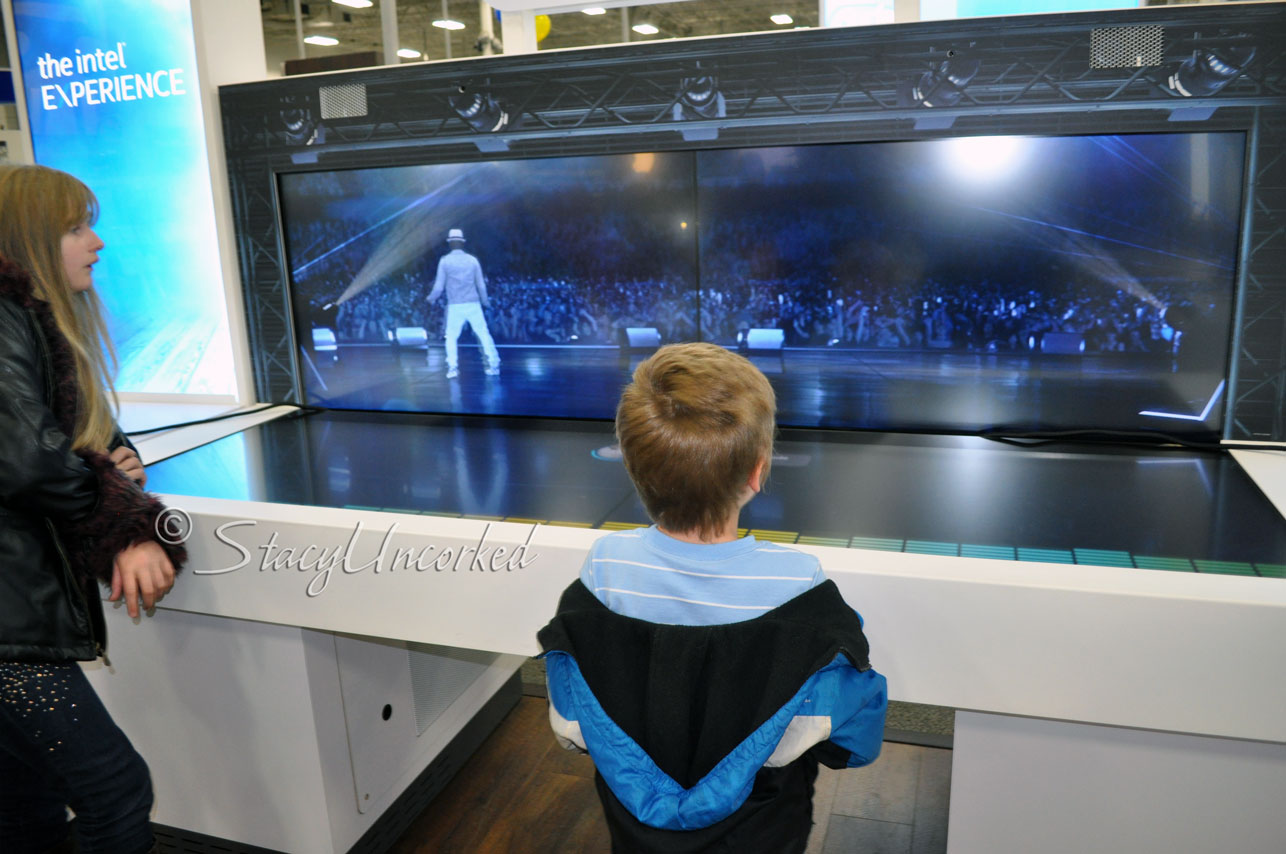 There was also a display where you could check out the latest PC and tablet devices powered by Intel processors: 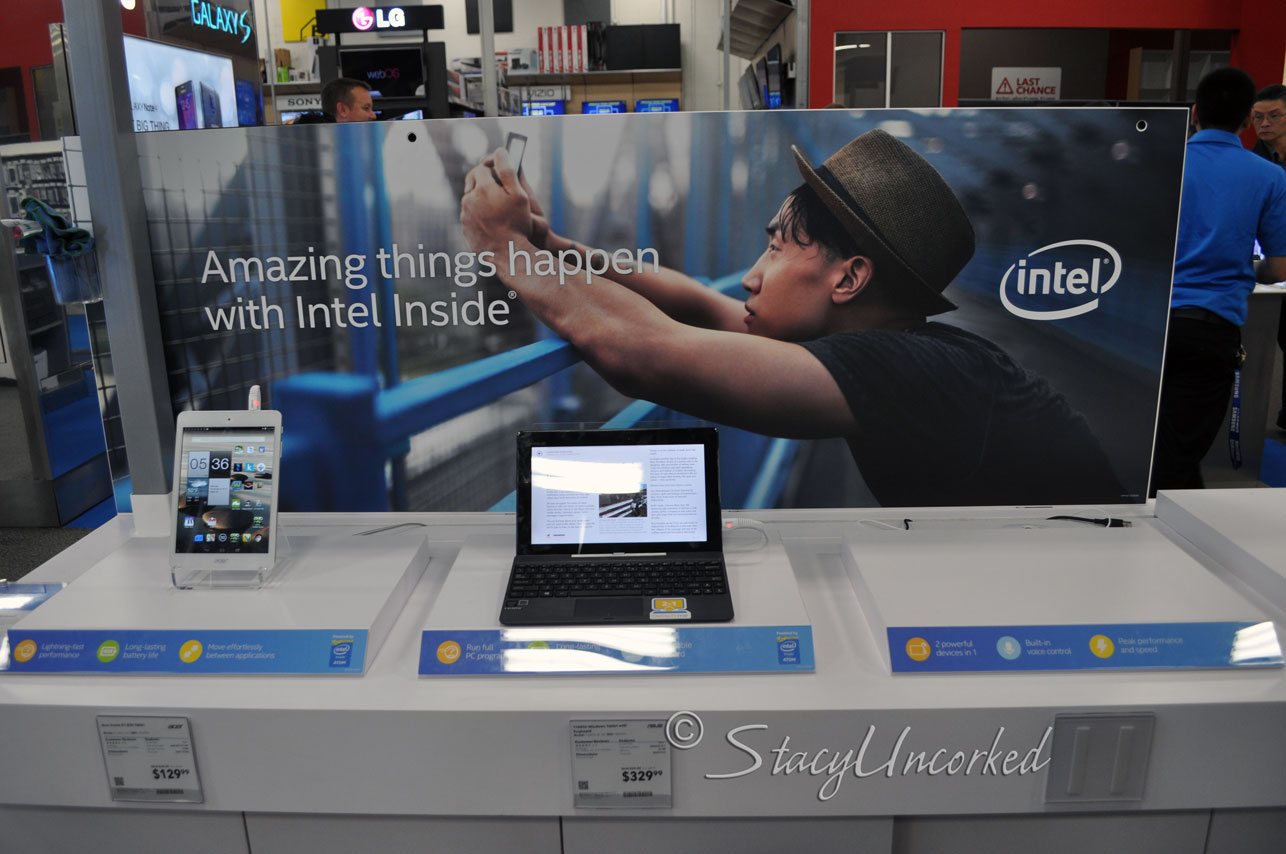 And yes, there were a couple of items missing from that display – timing is everything! Either that or the Geek Squad wanted to play with them.

Our absolute favorite, though, and I’m betting it was everyone’s favorite checking out the area, was the 3D printer: 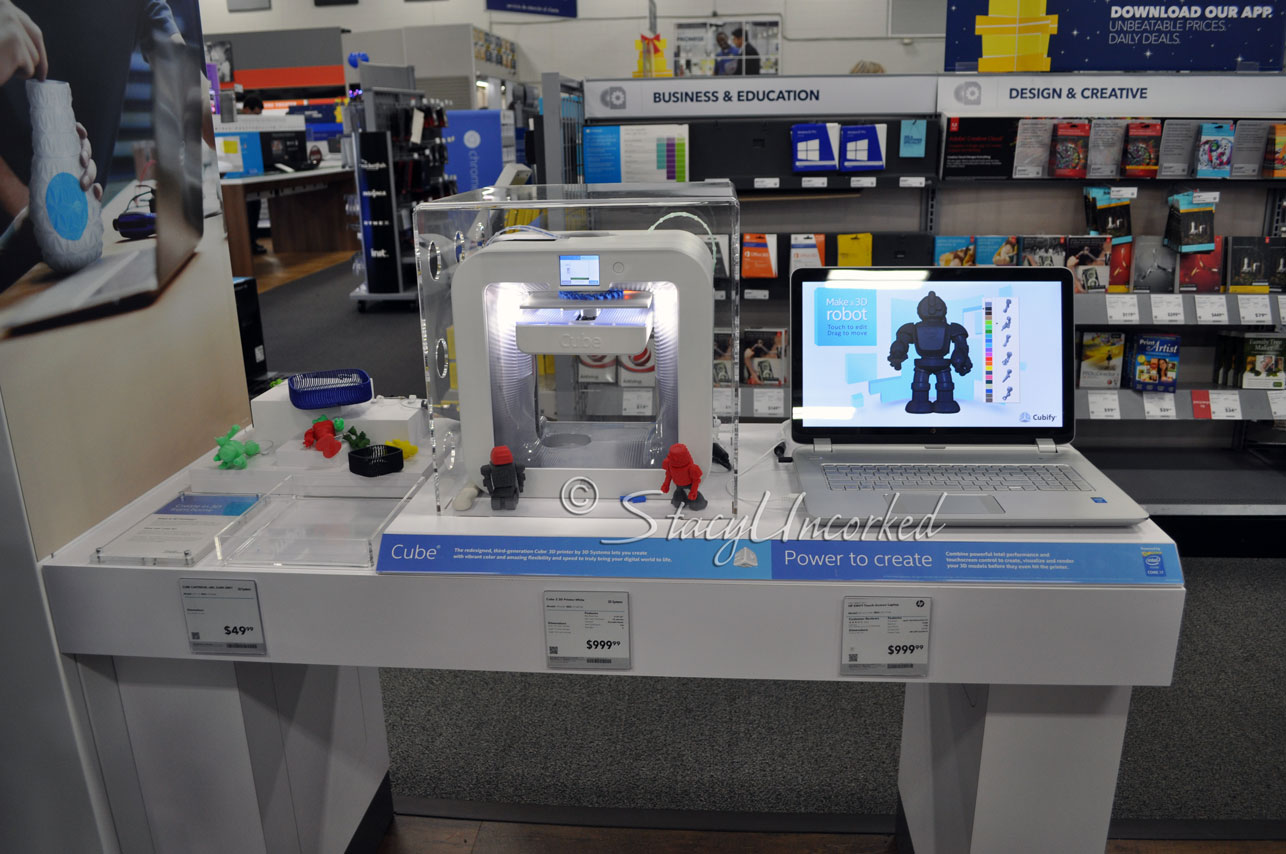 Let’s get a little closer look at that: 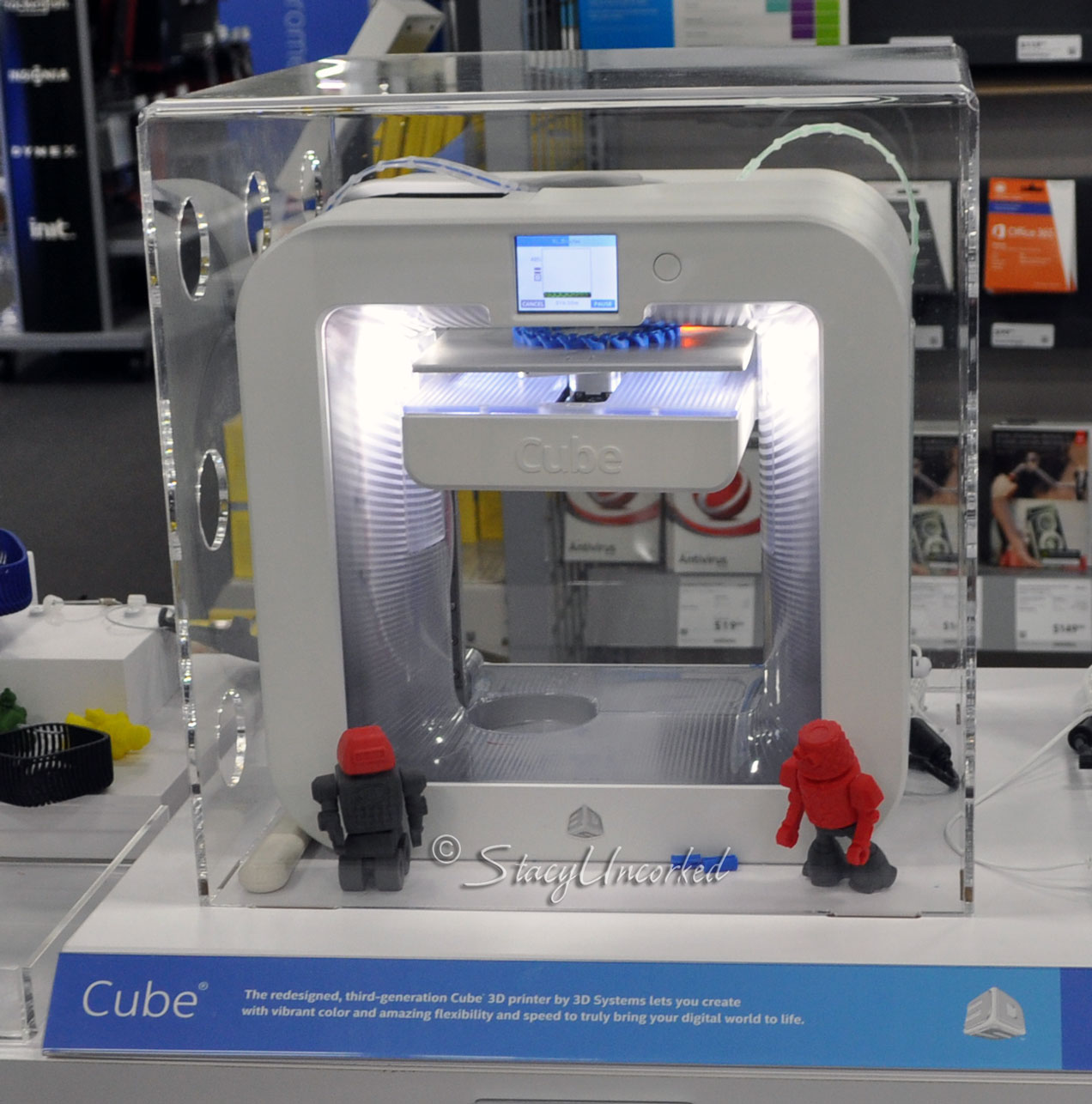 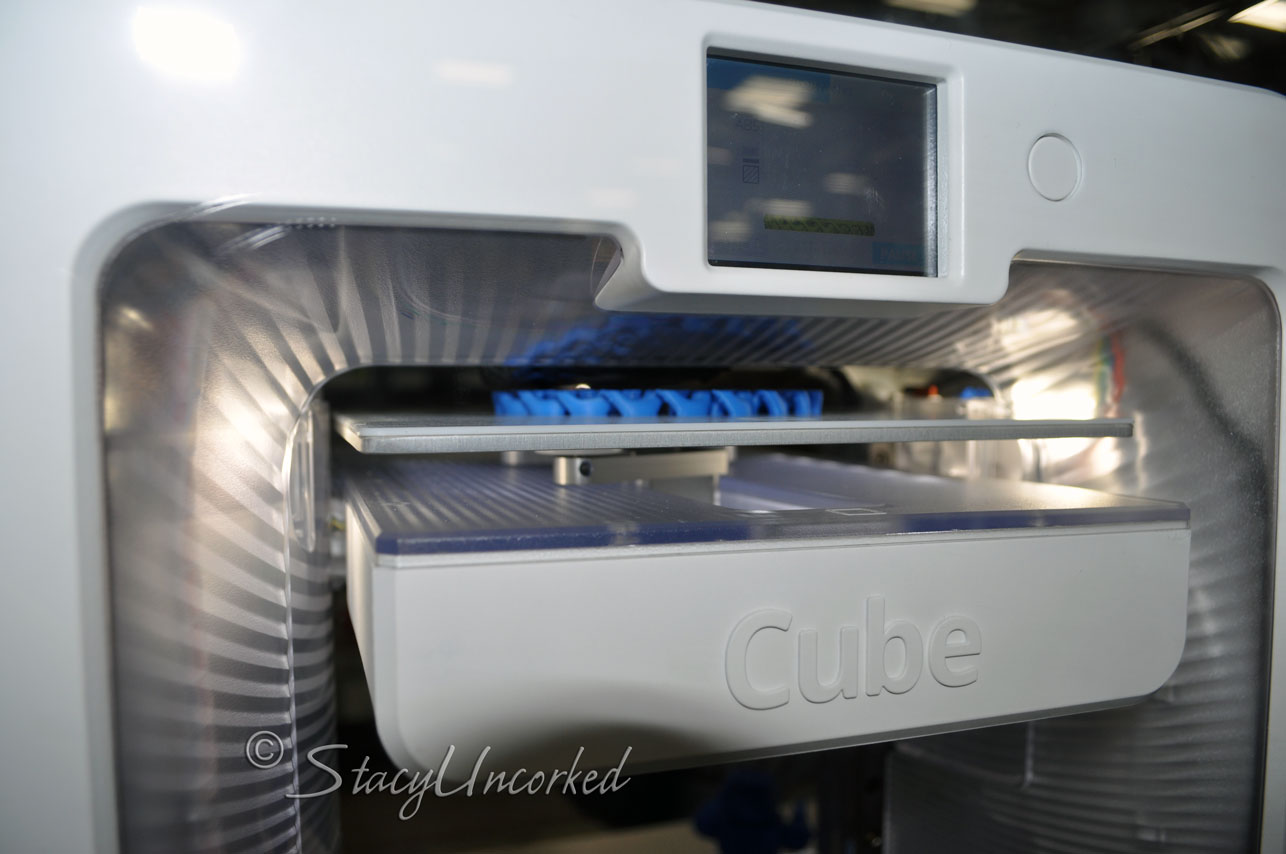 The hubby was totally into it, too, particularly since he teaches Electronics and Robotics at a local college, and they utilize an ancient (8 years old is ancient, aka dinosaur age in technology) 3D printer that’s going to need to be replaced soon. This one would absolutely fit the bill!

I’ve always said that everyone who works at Best Buy are the nicest people around – not only did random employees cheerfully direct us to the Intel display in the store, but others stopped to make sure we didn’t need any help.

And when the hubby had detailed questions about the 3D printer he needed answers to, Lorenzo was a sweetheart and showed him all the cool features – and yes, there’s an app for that: 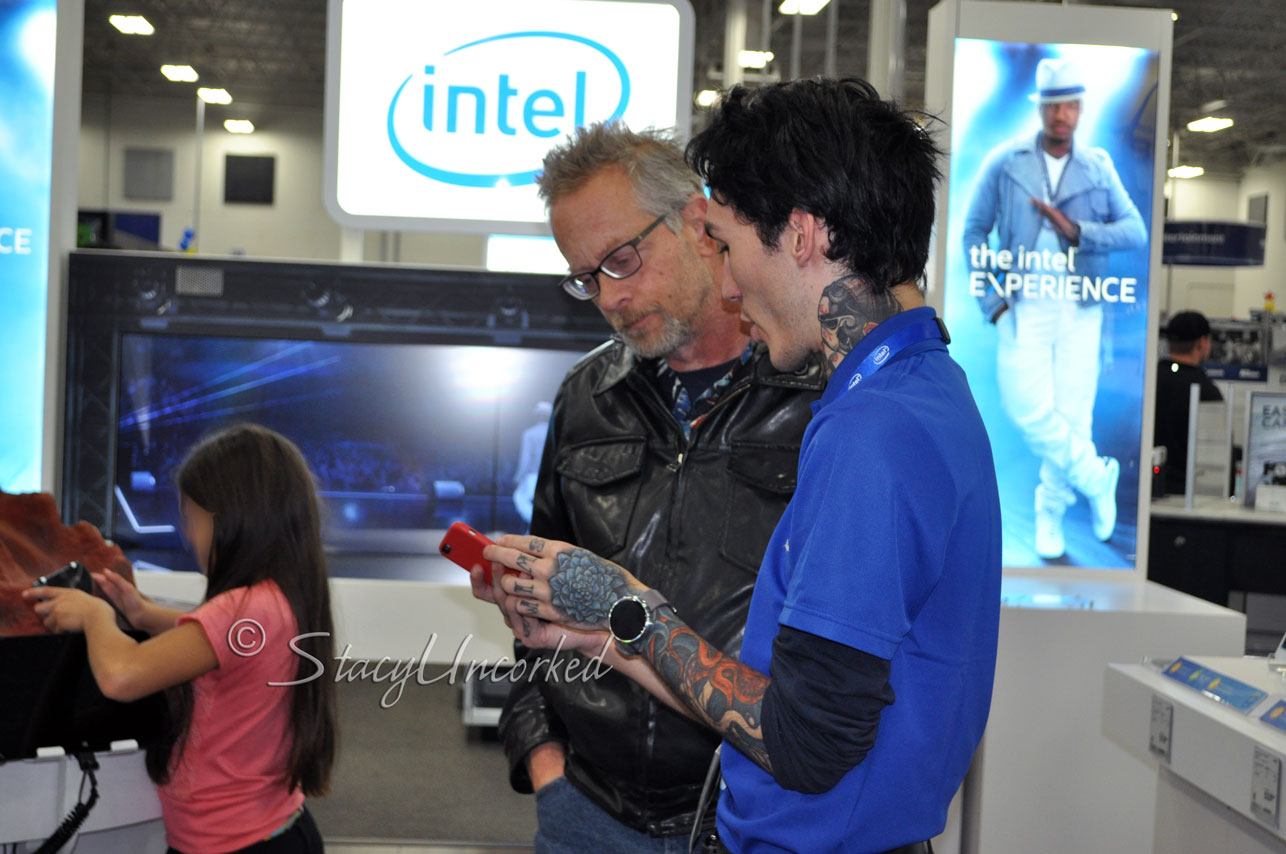 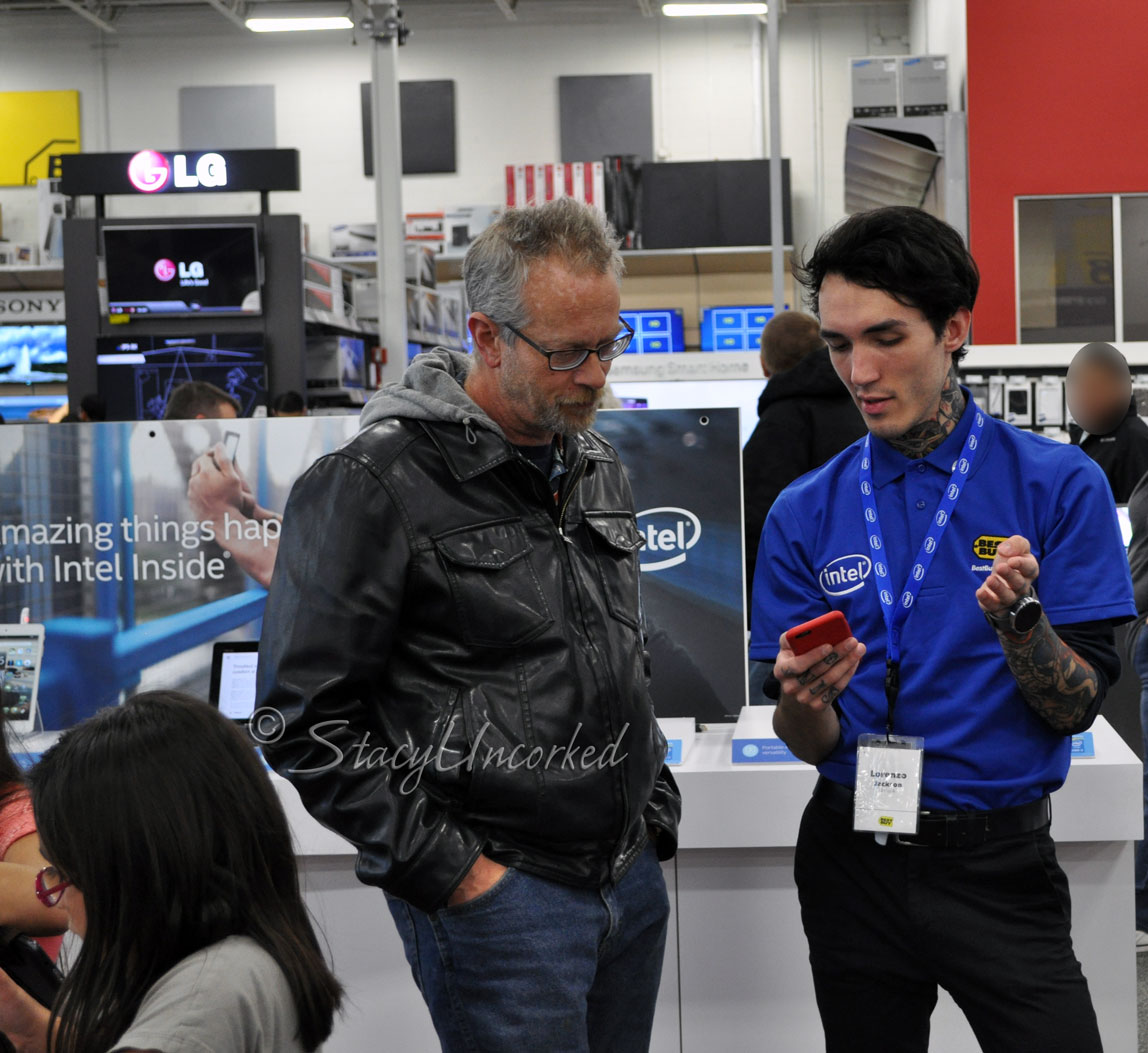 Lorenzo was a wealth of information, and managed to answer all of the hubby’s questions, no matter how ‘out there’ they were. And just before we left, he gave us some robots he had printed on the 3D printer earlier that day: 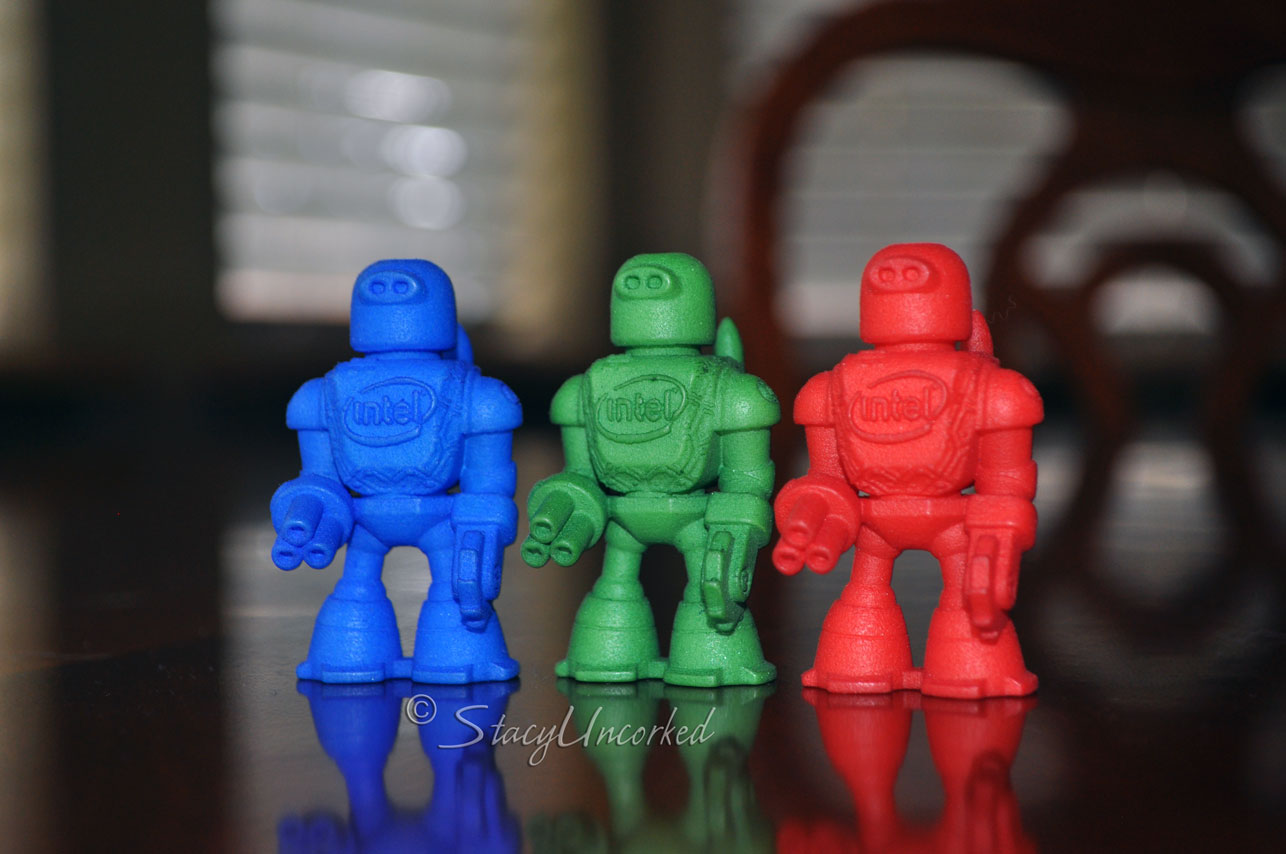 Hard to fathom a printer made those, right? And Lorenzo was smart with the color choices, because look – Seahawks colors (sort of – close enough): 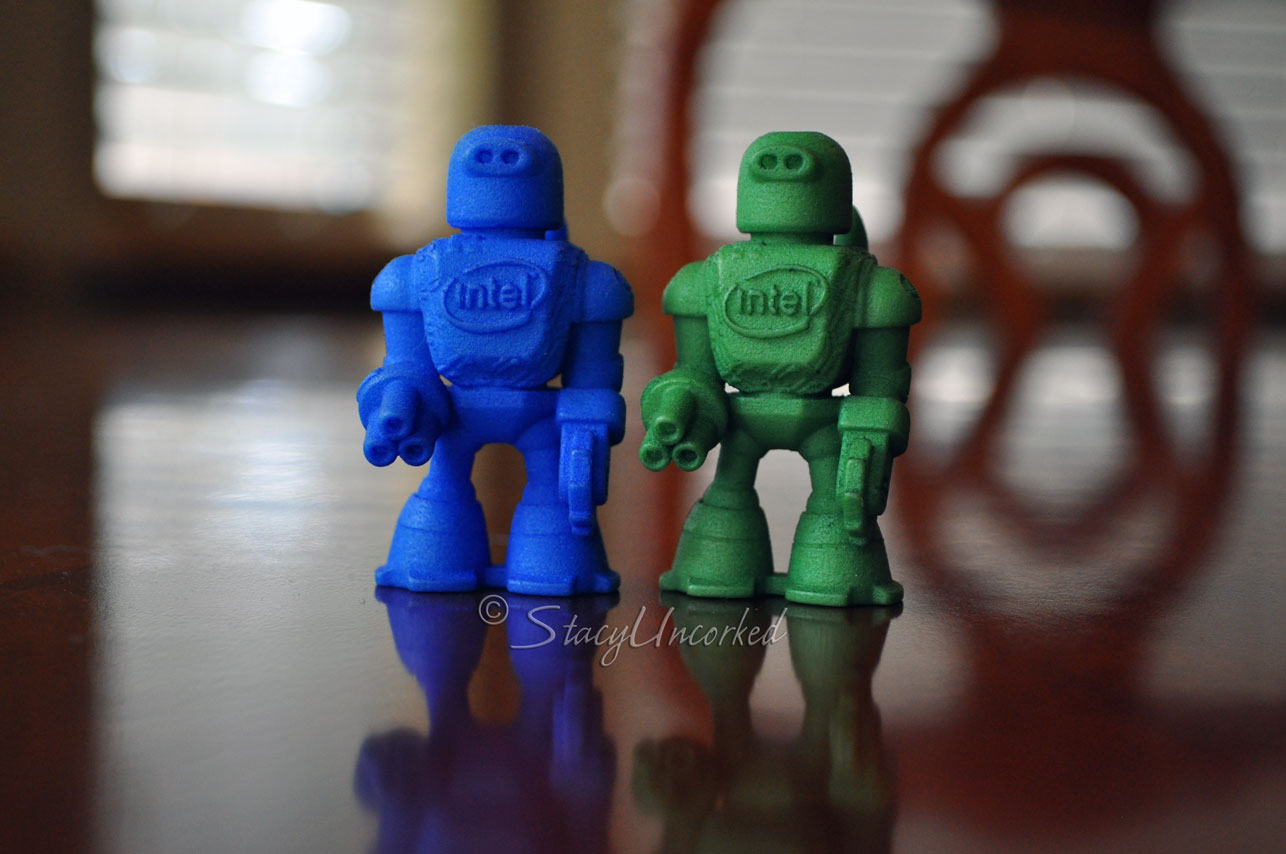 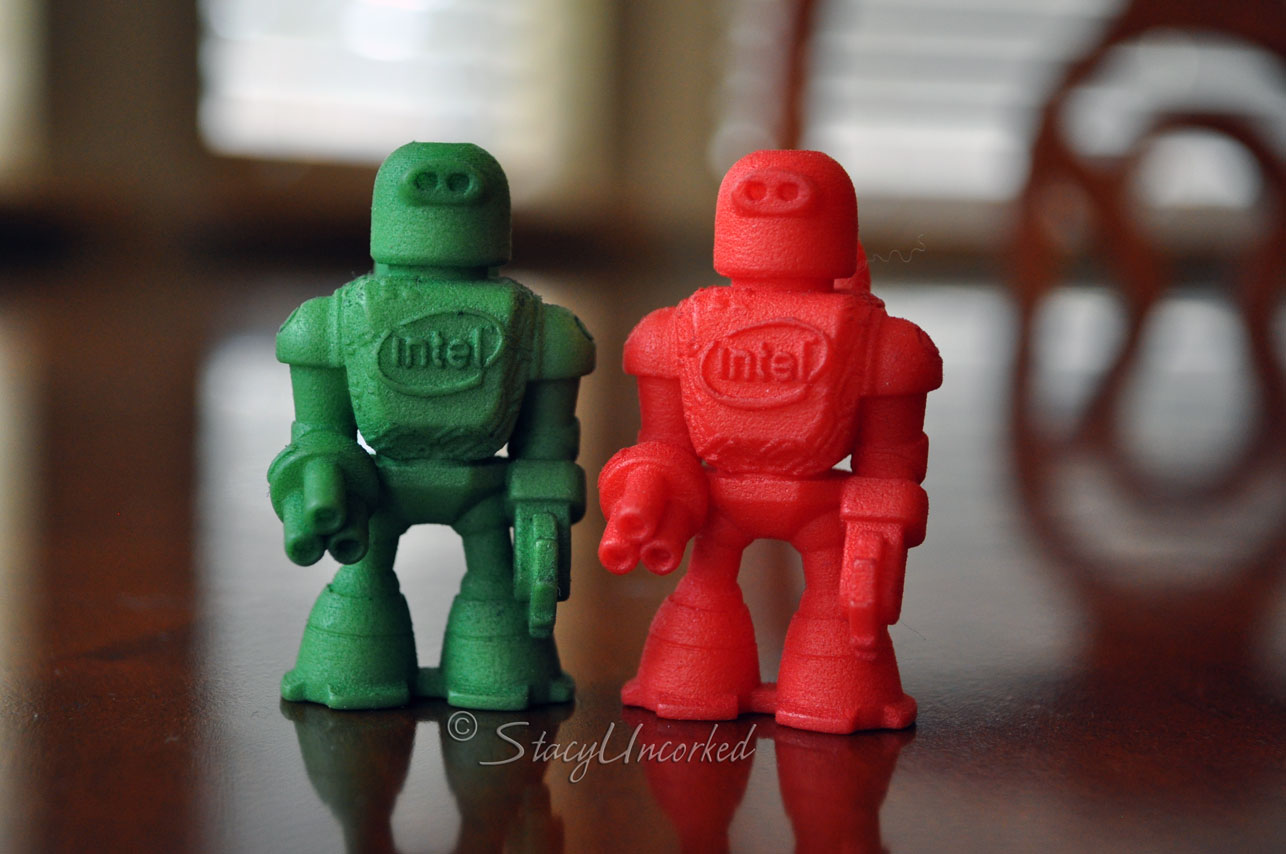 Also close enough. Thanks, Lorenzo, you are a Rock Star!

All in all the whole experience was not only educational, but fun! Should you decide to go check out a store in your area that has this cool area set up, you can rest assured that it will be staffed by specially trained Best Buy Blue Shirts (like Lorenzo) to answer questions and help customers make the most of each area within the experience.

Each season, Intel will refresh the venues with a new array of technology experiences. I can’t wait to see what’s in store next!

For more information about the Intel Technology Experience areas, including a list of stores, visit www.bestbuy.com/intel.