I’m not sure about you, but the weekend seemed to go by way too fast. As in, I blinked and boom! Here we are at Monday already. Busy weekend, though, moving furniture around (finally) and getting more boxes out of the way (finally).

Of course our antics of this weekend has now created a disaster zone that needs to be tended to. But that’s why today is the perfect day for tending to that disaster – I can crank up the tunes and make it so much more fun, right?

This week’s theme was chosen by our last Spotlight Dancer, Steve of BETHERE2DAY, who decided we needed another freebie week – thank you, Steve! I’ve been wanting to share some of these tunes. So let’s get to it, shall we?

Let start off with a very young artist who definitely has an old soul. She does such a wonderful job doing a cover of this particular song, she definitely does not sound like her young age of 10. TEN, people!!

She kills it with every song she’s covered so far – from Etta James to Carrie Underwood to Adele. Kills it, I tellya! She’s been singing since she was four (I know, eons, right?) when she had a friend (also four at the time) whose brother had taught her friend how to play the drums, so this young artist would sing random words and do beat box ‘stuff’.

Her friend’s mom told this artist’s mom how good she was, so when she was seven her mom decided to enroll her in private music lessons – the teacher was hesitant, because they thought that seven was too young.

Obviously you’re never too young for private lessons when you’re this  good.

When she turned eight, her first public appearance was an audition for the OKC RedHawks at Penn Square Mall, where the baseball organization was holding open tryouts for people to sing the national anthem. She was among hundreds who performed in hopes of standing on the diamond. She nailed it and got the gig, which was followed by many more after that.

It was her performance at BB King’s in Memphis that knocked her into the big leagues. She sang Etta James “At Last” and brought down the house – 300 people there went crazy over her. She’s recently recorded her first original song, which I’m looking forward to hearing when it’s released.

Based on this cover she did (and all the other songs she’s done phenomenally), she’s going to go far. Definitely a rising star to watch. 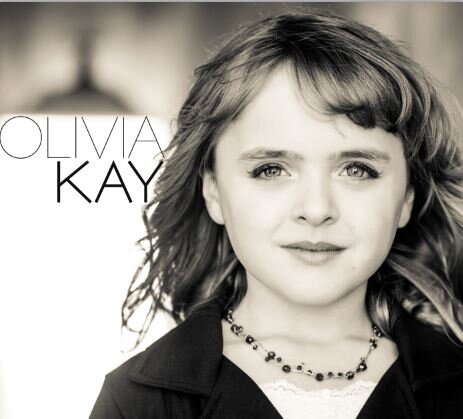 Without further ado, I give you Olivia Kay with her cover of “Rolling in the Deep”:

Next up is a favorite group who recently released a new song – it’s an uptempo party tune whose rapid-fire lyrics reference everything from Macklemore to Matthew McConaughey. The song is so modern that the artists initially worried it would throw the band’s fans for too big of a loop. As they began recording their new album, though, they realized that throwing their audience for a loop was the best thing they could hope to do.

They mix country-funk and gospel to create one of the more unique songs on the radio. Each verse is just a long list of nostalgic references, but the infectious patter compels one to keep listening.

This particular song is a new extreme for the trio, as they’re breaking new ground on their fifth studio album. I can’t wait until it comes out! The group may have never sounded so fresh – this funky song is a party from the very first note. 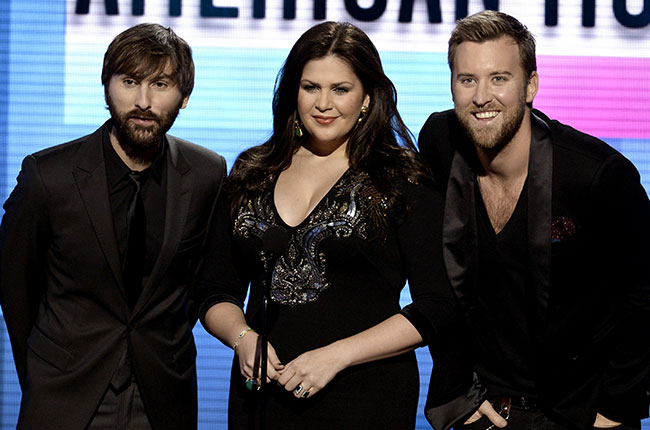 Give a listen to Lady Antebellum with “Freestyle”:

Next up is a song from an alternative band that was released over the summer, the first single of their newest album. The day they released the song, they also released this video using props to create optical illusions, reflecting the song’s description of a relationship that fails because the couple has different points of view.

Like previous videos from this group, it is structured as a one-shot music video. The many Youtube views of the video caused the song to debut in the top ten of the US Billboard Hot Rock Songs chart, as well as number one on the Bubbling Under Hot 100 Singles chart.

The concept of the one-shot was considered critical to the video as it provided immersion for the viewer in the unfolding of the video, and was said by a band member it was the most difficult to film because of their involvement, including manning the camera and performing nine costume changes.

You’re going to be very impressed with this video and might have to watch it again! Here’s OK Go with “The Writing’s On the Wall”:

Interesting note: Apple Inc. used a similar video concept in their September 2014 keynote announcing the iPhone 6. The band has accused Apple of stealing its concept for the video, stating that they had previously gone to the computer company to obtain promotional funding for the band’s video but the company turned them down. The band further contends that afterwards, Apple hired 1st Ave Machine and the same director they had used to make Apple’s video. The band is exploring legal options to move forward.

Next up is another favorite duo whose new song was written on the road, while the red-hot duo were on tour. They were pumped when they wrote it, the whole next night and day they kept playing it over and over.

The song has been raising eyebrows with its overt reference to smoking pot in the line “All I want to do today is wear my favorite shades and get stoned.”  They figure it likely wouldn’t fly on conservative country station playlists, and will probably have to come up with a different word for the radio edit.

Give a listen to Florida Georgia Line with “Sun Daze”:

It may be Monday, but how about we get our Sun Daze on, eh? That’s a wrap for this week! Enjoy your Monday!