I have so much catching up to do, don’t I? Last week was a bust, as I had to fix my blog after the latest update from WordPress didn’t play nicely with my original theme. So I ditched the theme and did something a little different. The same, but not. How are you liking my new digs?

It’s been a crazy couple of weeks, the whole back to school flurry of activity and all, those with kids in school understand that flurry mode, right?

Little Dude has been called on the carpet (does anyone ever use that phrase any more?) twice so far – and they haven’t even been in school a full two weeks yet. The first incident he decided to give himself an extra recess – instead of following his class and teacher to their music class, he took off like a shot and played on the playground instead.

His excuse? “But I get more than one recess!” :facepalm:  We had a chat with him about listening to his teacher and staying with her when they’re moving from one location to another, so hopefully he won’t decide to take off when they’re somewhere else – like on a field trip. Look! A shiny object!

The second incident happened a few days later – he apparently cut the hair of one of his classmates. Makes a mama proud. Not. His reasoning for that was that her chair was too close to him.

Makes total sense to take scissors to her hair for that offense, no? No.

He’s a little firecracker, that one. He was diagnosed with ADHD before we left Pennsylvania, but his Kindergarten teacher and admin people worked wonders with him last year, so we haven’t gone the route of a Psychiatric Evaluation and medication. We’d like to hold off on that as long as possible – I’m hoping that being this is a brand new school, brand new experience, it’s just a transitional thing and he’ll do fine for the rest of the year.

Meanwhile Princess Nagger has gotten back into the “I’m so bored!!” mode of school. She was out sick last Thursday and Friday with a fever of 102 and bad sore throat – she slept those two days away, so you knew she was feeling terrible since she wasn’t on Minecraft during that time.

She’s feeling like an outsider, like a lost soul in her new class, now that she’s transitioned back into the Gifted Program. The classroom is combined with both 5th and 6th graders, so naturally her fellow 6th graders already knew each other before school started since they were in the same class last year. Hence her feeling left out, since she’s not part of their core group.

We contemplated putting her back into a regular classroom so she’d be with the dozen or so friends she made last year, but I emailed her teacher to ask her opinion and for her help on the whole transitional thing – I think we’re going to wait to make any changes until after some time has passed, and the teacher promised to make sure Princess Nagger is feeling the love. I’ll keep you posted.

I think part of her angst (and many many tears Sunday night), is that over the weekend we picked up the kids’ new glasses. Yes, we are now a family of four four eyes. That age is such a tough age with trying to fit in, isn’t it? Besides, I think she looks beautiful with her new glasses: 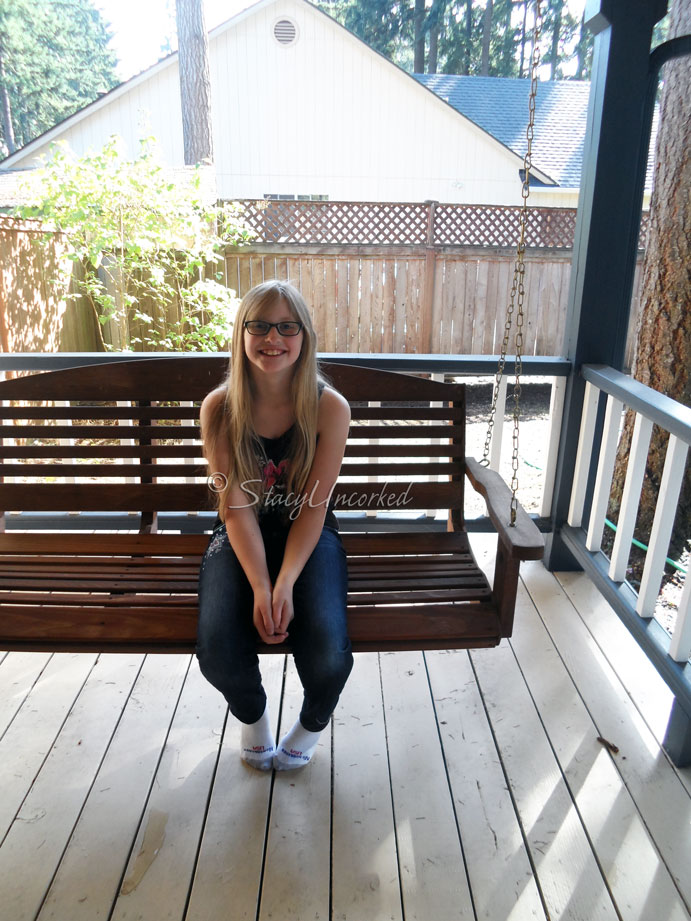 She did a great job picking out a perfect frame for her face, didn’t she? I’ve always told her she’s beautiful and smart – now she even ‘looks’ smarter.

Little Dude looks so cute with his new glasses on – he had an issue with his 3D vision, so these will hopefully correct that: 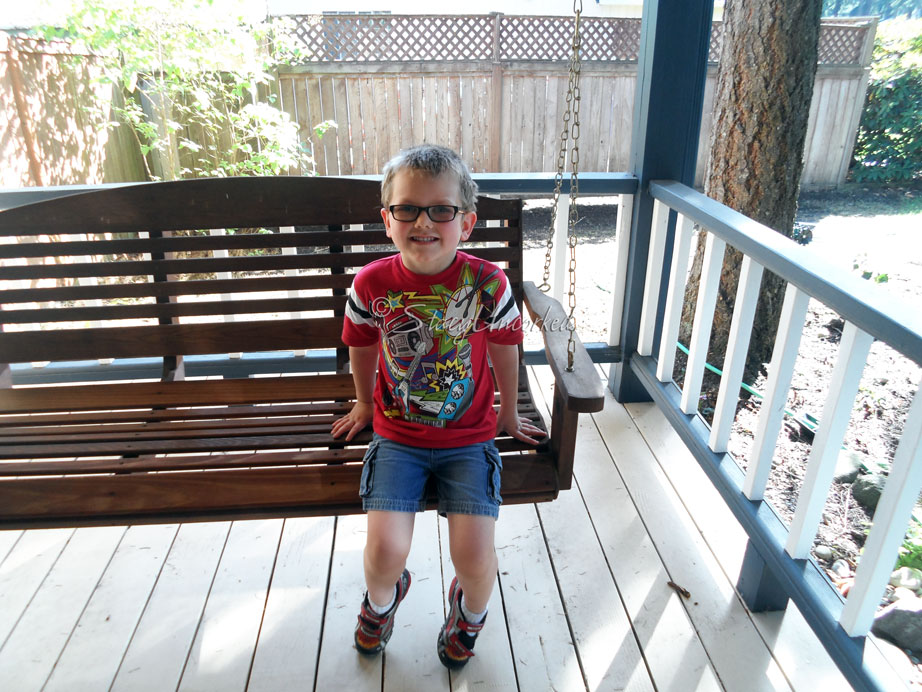 Doesn’t he look adorable? Such a cute little nerd, that one.

OK, I have so much more to tell you, but I’m gonna wrap it up for today since I don’t want to overload you and need to make sure I get around to all of you today and do some backtracking, too.

You know the drill, link up and join in the fun, everyone is welcome – random or not. Be sure to visit your fellow randomizers so they don’t feel so lonely.