July is wrapping up nicely – weather wise and otherwise. Hard to fathom how fast this month has gone by – only a little over a month before the kids start school again! I can’t wait.

I’m sure you’ve heard by now about the whole Tim McGraw altercation at one of his concerts last week – an overzealous fan grabbed at him and actually ripped his jeans. Granted, his jeans were already in that mode with holes at the knees – you know, ‘fashionable’. Ahem. 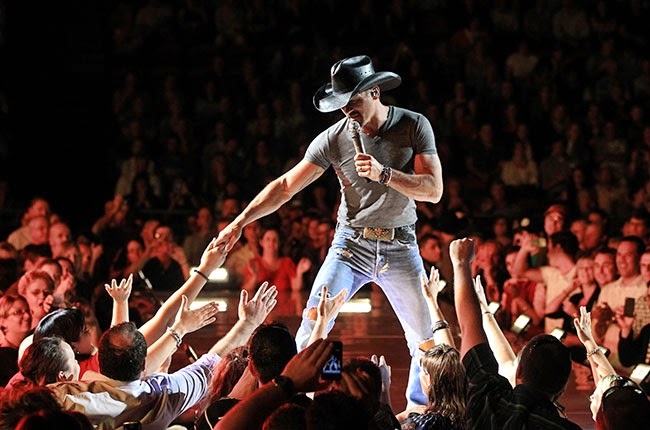 Here, check out this video to see what transpired:

Crazy, right? I don’t know if you noticed, but she was further back along the side of that stage smacking his butt, then grabbed at him.

At :03 to :05 she’s smacking at his butt, then she moves back in the frame around :17 and starts swatting at him again at :20 (looks like she almost hit him in his prize package area to me), then he squats down while singing the end of the line right at her, but stands back up to keep moving – that’s when she reaches out and grabs his jeans firmly and rips them.

If you noticed, when she had hold of his jeans he almost took a tumble, too. Luckily he kept his balance – but in a reactionary move, he reached over and smacked her on the side of her head. She was promptly removed by security.

Seriously, I would have done the same thing if I were in his shoes. Like a knee-jerk reaction or like swatting at an annoying fly. While I don’t condone men hitting women (or women hitting men) (or anyone hitting anyone), I still think he shouldn’t be in hot water over that swat.

Even the police are on his side, but apparently that crazy overzealous fan has retained a lawyer. Because she wants an apology  from Tim.

She only  wants an apology? Sure  she does (said in the best sarcastic tone possible).

She’s upset that she is getting a bad name from the incident. She is said to be embarrassed and upset and feels that the singer is blaming her.

Hello?  There hasn’t been any statement from Tim McGraw blaming her for anything – all he’s said about the ‘unfortunate incident’ is exactly that:

“Sometimes things can lose context and perspective. I reacted in an instinctive, defensive way from my perspective of what was going on. I think it was an unfortunate situation, I think all the way around. But it happened, it happened in a split second, it was pure instinctive reaction, I think you just got to move on. It is one of those things that happen, nobody feels good about it, but there’s nothing that could be done about it. You are in that position, you are out there, you are vulnerable, things happen and sometimes you react. There’s nothing to be said about it.”

Where in that statement is he blaming her? And besides, if a picture is worth a thousand words, how many words is a video worth?

So many people are out to get their 15 minutes of fame – wonder if she hopes this is her chance. If she does come up with a monetary amount for ‘damages’, here’s hoping he counter-sues her for the cost of his jeans, because you know those aren’t cheap. Even with all the pre-made holes. It’s not like he or his stylist went and bought those off the rack at Walmart.

Speaking of some people’s kids… I’ve seen these before but never bought any because I thought the price was a little steep for what they are. Only I ran across a great deal for a pair this weekend, so naturally I ordered two pair: 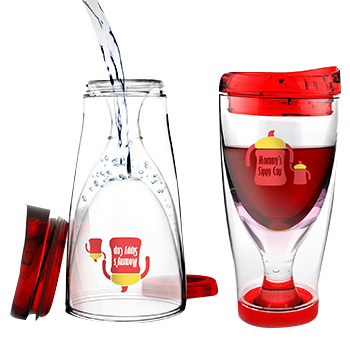 They’re called “Mommy’s Sippy Cup”. Perfect! These are going to be perfect for picnics or going to the beach or camping – plus you can fill the bottom part with water and freeze it to keep your wine cool while drinking, or I’m sure you can fill that part with crushed ice for longer-lasting chill.  I’ll let you know how they work out once they get here.

Speaking of chill… Princess Nagger was excited when she saw I also ordered this for the kitties: 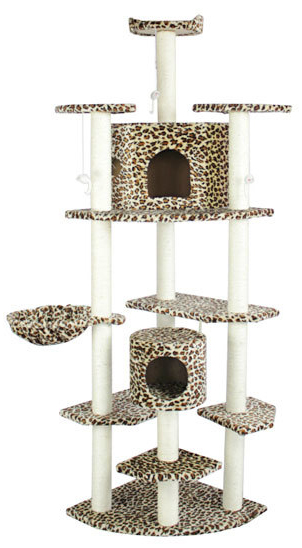 Oh yeah.  The cats are going to have some awesome hanging out space for sure. That sucker is about six feet tall, so that will make Blackspot and #Squeak very happy, since they both try to find the highest perch to look down on us two-leggers with disdain. I’ll definitely let you know how that works out, too.

Speaking of cats… This was floating around on Facebook last week, and it cracked me up – also the reason for buying a kitty condo for Princess Nagger’s room, so the cats will stay up there and not bother my stuff downstairs. Of course I don’t have plants and things set up in front of windows, since that’s absolutely inviting trouble like this: 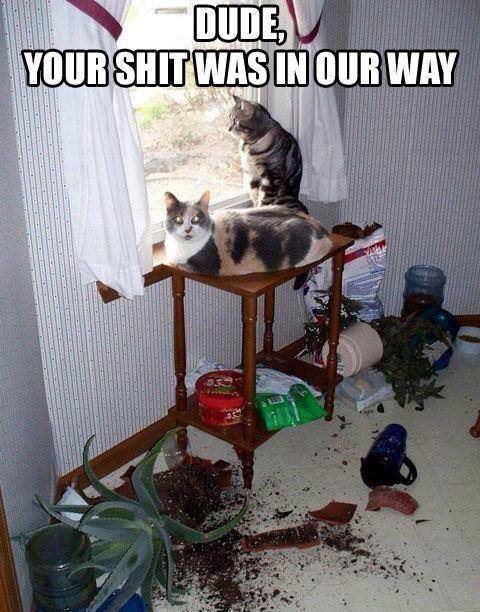 16 thoughts on “The Tim McGraw Smack Heard ‘Round The World…and other Randomness: RTT Rebel”