Halfway through July already – what??!!  Sheesh! Summer is flying by too fast for my comfort level.

Speaking of comfort level… We finally have central air! I know it’s not a big deal to many of you who have never been without it, but let me tell you what a treat it is after having owned a house for 11 years that didn’t have central air. In excessive heat and humidity. In Pennsylvania.

I know, we were crazy. But then again, in that house we would have had to pay an exorbitant amount of money to put on in, since it would have to cool three floors.

It was more cost conducive to simply have window units in the bedrooms, living room and Summer House. Of course just those few locations certainly weren’t sanity conducive, especially since the kitchen and upstairs bathroom were on the side the afternoon sun blazed hot and bright.

Showers were almost a moot point – as soon as you toweled off from taking a cold shower to cool off, you were drenched with sweat again. It was like showering in a sauna without the benefit of a cool dry place to get dressed. And the kitchen? Making dinner during the long hot summer was sweat-inducing to the tenth power.

When we moved back to Washington State, even though the weather doesn’t get as hot (and definitely not even close to the humidity experienced out East), one of the items on my wishlist for a new house was central air. The description of this house noted cooling as ‘central’, so we assumed it had it. We assumed wrong.

At least having it installed in this house compared to our old house was one-quarter the cost, which meant it was not out of the realm of possibilities.

And so, the day before we had excessive heat warnings telling us to be cautious, keep hydrated, and stay in an air conditioned building as much as possible, the driveway being crowded with vehicles was a welcome sight: 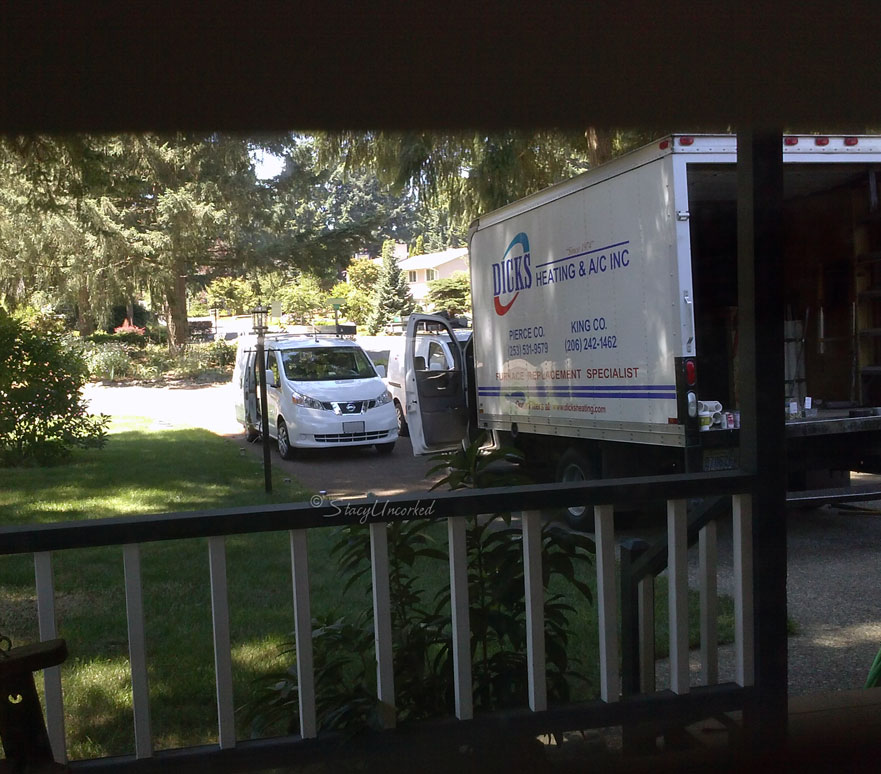 What was funny is that later in the day, an additional truck showed up – presumably because he was literally in the neighborhood and stopped by to see how the guys were doing with our install.

I had to be in stealth mode taking the pic out the front window this time, since they were standing within sight, chatting like a gossip group exchanging stories around the water cooler. 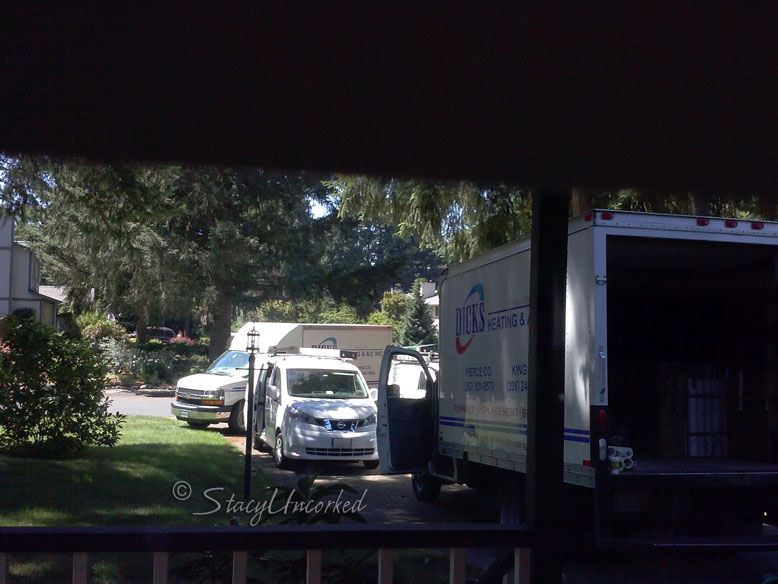 After it was installed and fired up, we were walking from room to room acting like giddy teenagers marveling at the consistent cool, vs. the heat variance depending on the positioning of the ceiling fans. In other words, bliss.

Plus my sweat glands were finally getting a break from the heat. Ahem.

Speaking of getting a break from the heat… Travis seems to enjoy hanging out on the ottoman in front of our couch. Since the ottoman is oversized, we usually have it pushed up against the front of the couch.

Before central air cooled things down, the hubby shaved both Shelties to help them stay cool, and started snickering when he saw Travis in almost his ‘normal’ spot: 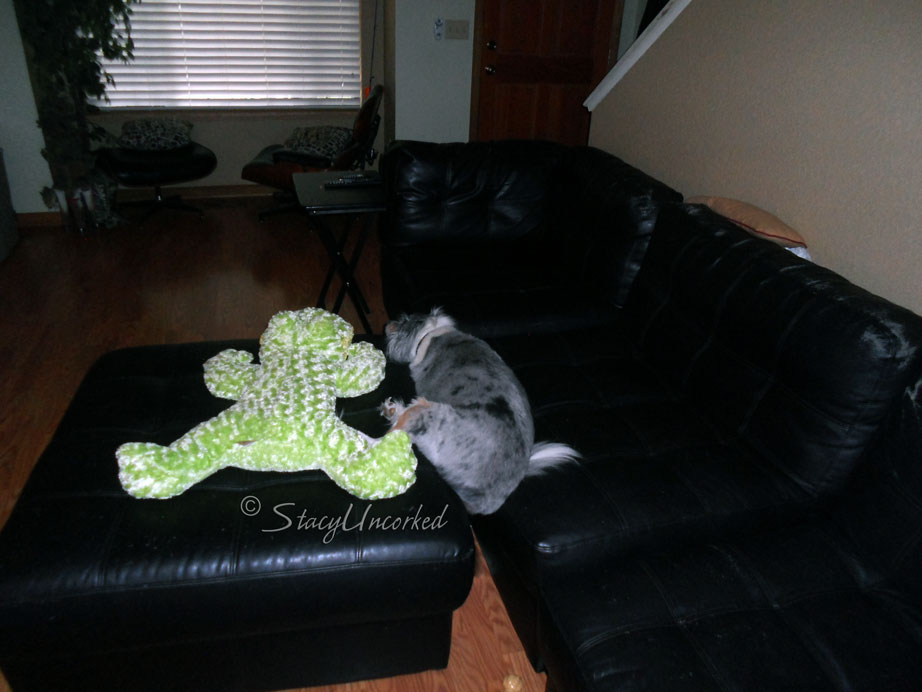 Do you see the potential issue with his position?  Look just a little closer: 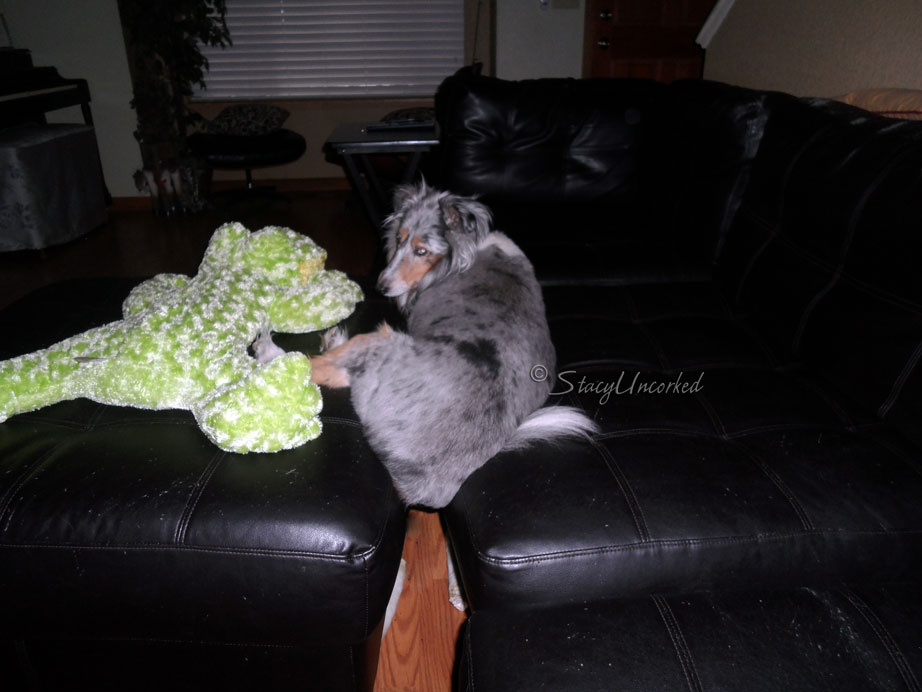 It didn’t faze him that there was a gap between the couch and ottoman. Maybe there was better airflow from below, who knows. At least it created some entertainment for the two-leggers!

Speaking of entertainment… There was a report last week of a funky looking wild cat that was only recently discovered in Nepal after a team of researchers were looking for snow leopards and accidentally stumbled across an animal that looked half house cat, half snow leopard: 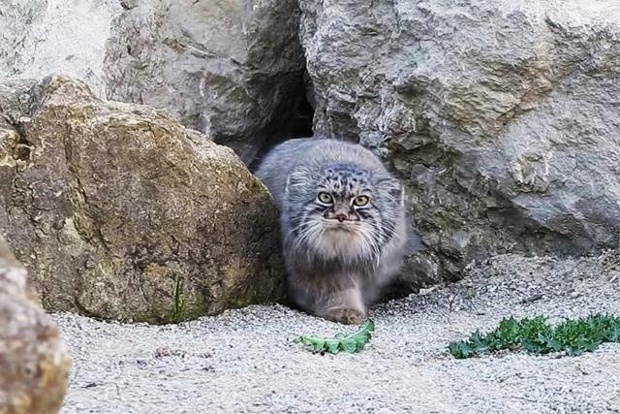 Isn’t that cool yet funky looking? Apparently these majestic, shy, solitary Pallas cats were recorded in the wild for the first time by camera traps placed in an extreme climate 14,000 feet above sea level.

One camera trap caused a Pallas cat to experience an earth-shattering moment, when it realized there was something strange outside its rock den. The fluffy animal still mustered up enough courage to investigate. Check it out:

It would be so cool to have one of those as a pet! Wonder how long it will be before someone does.