Last week flew by what with Princess Nagger on Spring Break and all. It was a new experience for her, since the school in Pennsylvania didn’t have any sort of Spring Break at all.  It seemed odd to have Spring Break this early, though – I thought it usually happened around Easter. But then again, Easter is technically ‘late’ this year, so maybe it’s a calendar thing.

It’ll be nice when both kids are at the same school next year, since then their schedules will be exactly the same – instead, Little Dude’s Spring Break is this week, and the college the hubby teaches at is also on Spring Break this week, so both are off this week.  Which means I’m outnumbered to the max, and you know I won’t be getting much done this week with constant interruptions.

I don’t know what it is about boys with the interruption mode – us girls, at least both Princess Nagger and I, tend to embrace our independent time and don’t interrupt each other for nonsensical stuff.  It must be a ‘boy’ thing.  Ahem.

At least some of that interrupted time will be made up with not having to drive Little Dude to school – that’ll salvage about 90 minutes of my day each morning.  Which will no doubt get sucked up in the every 5-minute interruption events.

Apparently I’m going on and on about interruptions – probably because I’ve already been interrupted a bajillion times trying to get this post written.  It’s going to be a long week.  (said with a grin and tongue-in-cheek.)

In other news…  I’ve crossed over to the other side.  For years I’ve mocked the family stickers on the back window of other vehicles, swearing I never would do that sort of thing on mine.  Except I couldn’t resist an alternate version thanks to ThinkGeek.com: 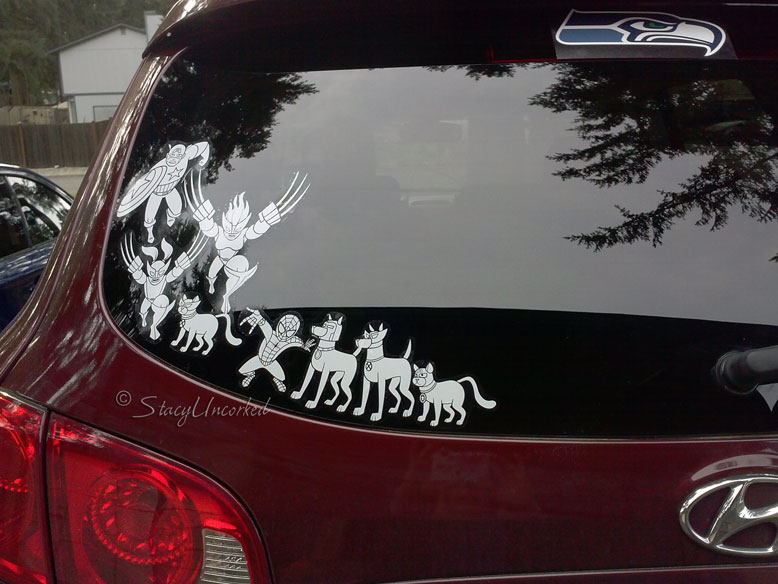 I didn’t realize how big those stickers actually are – which makes sense, so they’re actually visible.  I had to get creative with placement so the back windshield wiper wouldn’t trash them on the first rainy day after application.  So far so good!

Last week was the hubby’s birthday – when I asked if he’d like to go out to dinner or if he had a ‘special’ dinner in mind, he decided he’d like Beef Wellington for dinner.  And he wanted to ‘help’ me make it in the kitchen, since he’s pretty much banned from the kitchen after he destroyed some of my pots and pans in the past, and tends to make a ginormous mess of the kitchen as a whole.

You’d ban him too, I guarantee.

I was on board with the whole idea of making Beef Wellington, since I’d been looking up recipes and thought it would be a great challenge to do.  So I agreed – but figured since he’d be working that day, I’d be safe from the kitchen invasion – which thankfully worked out perfectly.

I utilized Chef Ramsay’s version, but modified it to make individual wellington’s since each of us have a different preference on how well done our steaks are.  For instance, the hubby like his deader than me and Princess Nagger do.  You know, well-done vs. medium-rare.

I’ll be putting together a separate blog post with pictures and instructions and the final recipe I came up with to please our palates – I’ll have to make them again, though, because while I took pics of the process from the beginning: 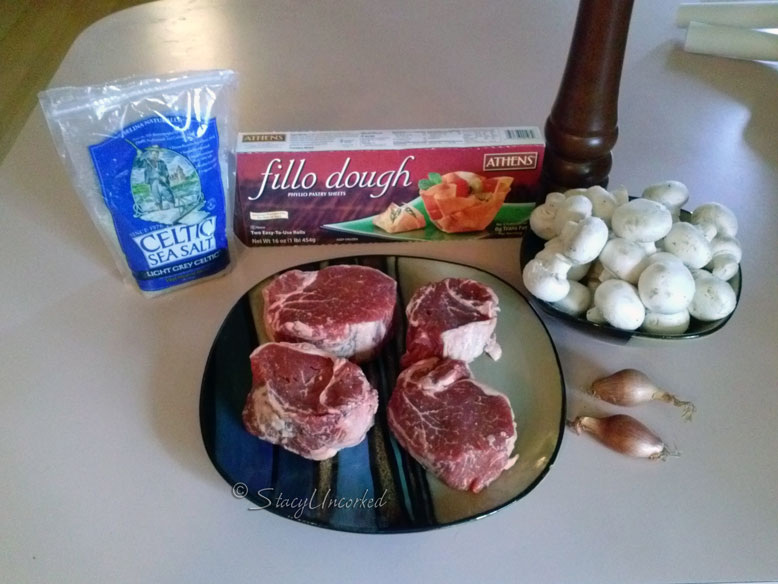 All the way to when I put them in the oven to bake: 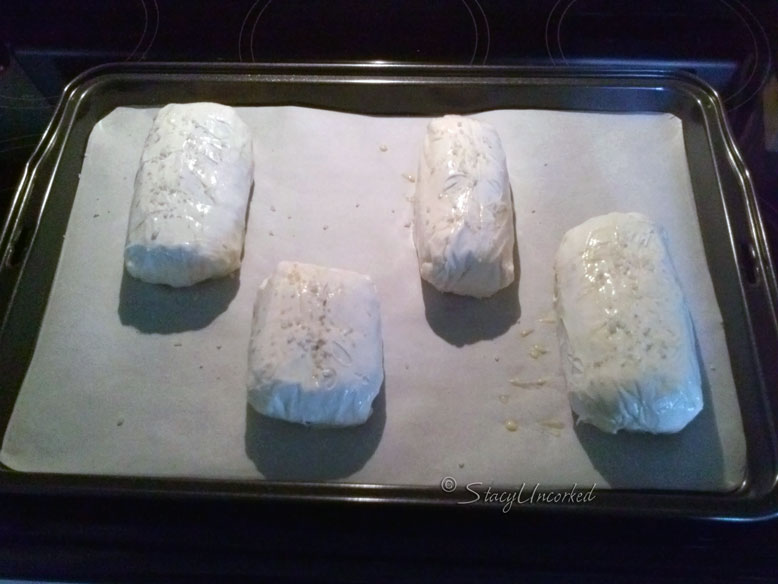 I completely neglected to get pictures of them after they were done and plated.  You’ll just have to take my word for it that they turned out awesome and delicious – everyone gobbled their portions down like they’d been starved for days.  A repeat performance is definitely in order.