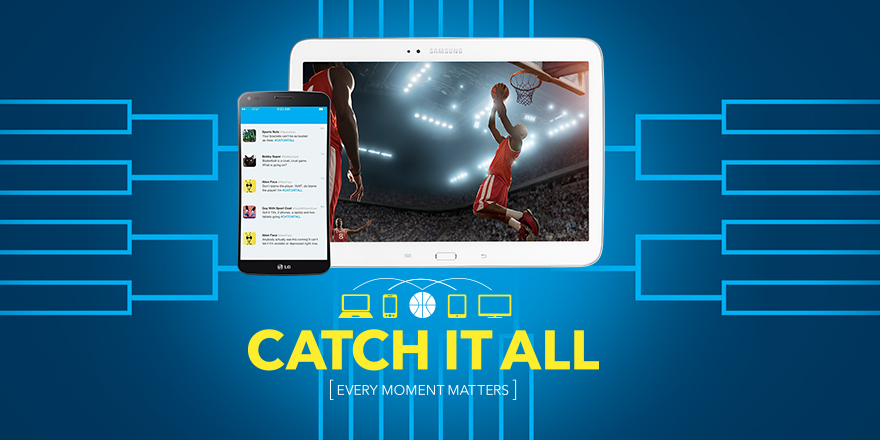 Technology is an amazing thing, isn’t it?  It’s ever-changing, and it’s really hard to remember back to the days when technology wasn’t such a large part of our lives like it is now.

Speaking of technology – March Madness is here!  For those unfamiliar, March Madness refers to the NCAA tournaments that are an American tradition that sends millions of fans into a synchronized frenzy each year.

March Madness is the concentrated hype of 68 teams vying for college basketball’s biggest prize.  It’s the last-second, buzzer-beating baskets, the euphoria of winning to play another day and the agony of losing and going home.  Hence the reason it’s called ‘March Madness’, no?

No matter what team you’re rooting for, make sure you stay connected and Catch It All  on your favorite device for all the tournament news, scores and highlights. 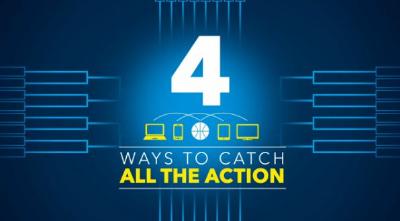 Do you utilize multiple screens?  I sure do – when I’m on my computer, I generally have my phone sitting next to me so I can keep an eye out for calls and/or texts, and check regularly for email since I can catch them quicker on my phone vs. checking my multiple inbox’s online.

I like having my phone or tablet nearby when we’re watching TV, too – that way if the name of an actor eludes us, or what we’ve seen them in before, I can do a quick search so it’s not bugging us incessantly.

At our old house my desk was set up in the Summer House so that I could have a separate HDTV mounted to the wall to utilize as a second screen, or watch my favorite shows while blog-hopping or working on my computer: 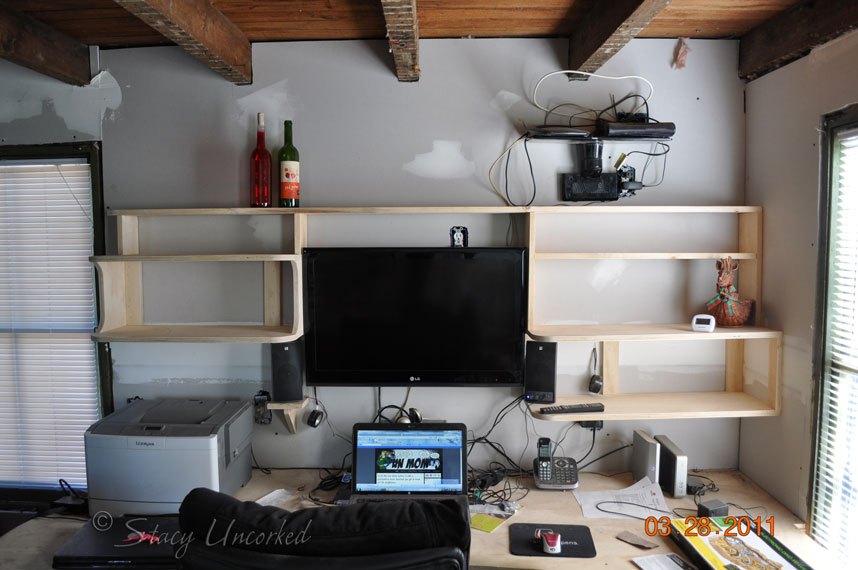 I’m still trying to figure out best space strategy to have a similar setup here in our new house, too.

My sports-fanatic friends are constantly keeping a close eye on their picks during all the games with their tablets or cell phones while watching the live action on their HDTV.

We just recently bought a Smart TV (from Best Buy, naturally), and I’m still amazed at all it’s capable of – I’ve barely tapped the surface, we still have yet to take it’s 3D option for a proper test drive.  I’ve been doing quick searches on my tablet or phone when I wanted to figure something out about it quickly – and without having to read the owner’s manual.  Ahem.

Even when away from your TV, you can still catch all the action on your mobile device, since the entire tournament is being streamed live.  How’s that for convenient?  Grab the official app for your iOS, Android or Windows device and don’t miss a single second.  You can stay connected and catch all the action live, no matter where you might be.

Best Buy helps keep you connected to the excitement with the devices and connectivity that make it possible.  Brought to life by the brand promise of the latest devices and services, all in one place!  Staying connected has never been so easy!

Do you use multiple screens or devices to ‘stay connected’ and/or catch all the action?