It’s here!  It’s here!  It’s Christmas Eve, yo!  If you were to ask Princess Nagger, she would tell you that it took forrrrrevvverrrrrr  to get here.  But now she’s contemplating which present she wants to open first.

Each year I let her pick one present to open in the morning, to ‘tide her over’ for the rest of the day until after dinner, since we open friends and family gifts on Christmas Eve, then keep Christmas Morning for the magical Santa fun.

The gift she thought about opening is almost as tall as her, so she’s convinced  that I wrapped something teeny tiny in that big giant box.

Meanwhile I have to figure out how to retrieve the Santa gifts and stockings from my car in the dead of night without Little Dude seeing what I’m up to, since he sleeps on the couch in direct view of the stockings that are hung by the chimney with care.  Though now that his new pediatrician has put him on a low dose of blood pressure medication to help him sleep at night, that seems to be doing the trick to get him to actually sleep at night.

I just want to make sure I don’t wake the poor little dude up and burst the magic bubble.

In other news…  I finally broke down and got a Charlie Brown Christmas Tree and love it: 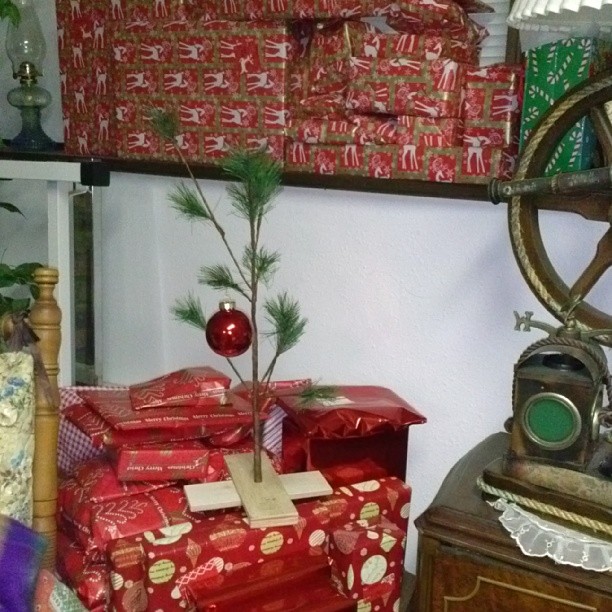 I haven’t ‘bent’ the branches the way they are in the movie, but it still adds that little bit of festive touch that was missing.   Every time I look at the tree I think of this Charlie Brown Christmas segment:

I keep thinking in my head “bringing tidings of great joy” every time I look at it.  I will be so glad when we are no longer Basement Dwellers, though.

Speaking of Basement Dwelling…  We have been in the ‘hurry-up-and-wait’ mode this entire time – the house we put an offer on fell through (I know, right?!) although I did hear from the realtor the other day and maybe it’s still an option.

Meanwhile, our house in PA is lonely and not getting offers, but we’re now in the midst of the market dead-zone, what with people being far too busy with the holidays to go house hunting.  Can’t say that I blame them, really.

But we’re finalizing things with the bank to get our own pre-approval in spite of our house not selling (yet), and we’ll just either pay off the  new mortgage (or at least pay it way down) once our house in PA finally does sell.

The pessimistic hubby thinks we’ll still own that house when it turns 200 years old, which will happen in 2017.  Good thing I don’t pay attention to his pessimism.

Moving on… Those of you who have been reading me for a while know that my great-grandparents were 100% Swedish, so I pay attention to some of the Swedish traditions when it comes to Christmas.  One of which happens to be the Julbock (also known as a “Yule Goat”) was the bringer of gifts to the household.  Having a Julbock in your home is a symbol of “Jul” and a time of good cheer: 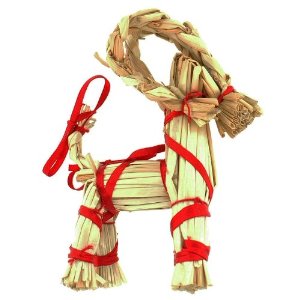 I have a bunch of those I put on my tree every year.  Why am I telling you all this?   Apparently vandals in the town of Gävle in Sweden have made it a tradition to burn down the 43-foot high straw goat.  Yep, you read that right – that sucker is 43-freakin’ feet high!  And weighs in at 3.6 tons.  I’ll let that little tidbit sink in.

Since 1966, when the tradition of erecting the giant straw goat in the town square became an annual tradition, vandals have burned it down 27 times.    That’s 27 times in 47 years – hello,  more than half the time the poor goat gets erected! 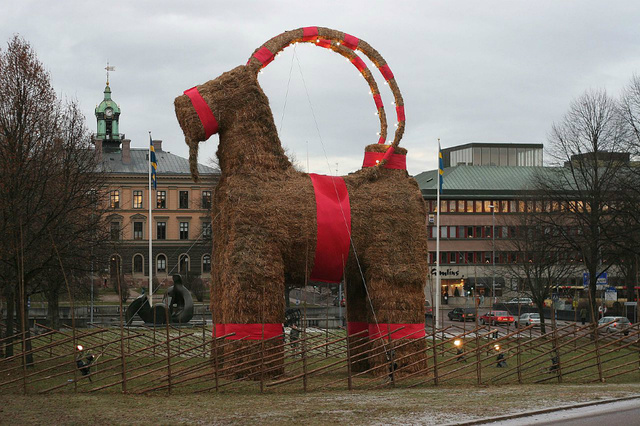 Apparently now the residents of Gävle, Sweden always have one big question on their minds this time of year: Will the goat burn?

I’m betting the vandals won’t be having any good Jul this year.  Or ever.  Maybe someone should cut them off from too much Christmas Glogg.  Just sayin’.

Although, you’d think they’d figure out how to beef up security after the first few times – but 27 times in 47 years?  Makes me think it’s a conspiracy.  Or an inside job.  Or maybe one of the 20 years it didn’t burn, people armed with hot dogs and marshmallows were disappointed they didn’t get their ginormous bonfire and complained.  Something to ponder.

That’s a wrap for this week – for those in Santa mode, good luck with the cookies and milk tonight!  Whatever or however you celebrate, from our family to yours, we wish you a Very Merry Christmas. 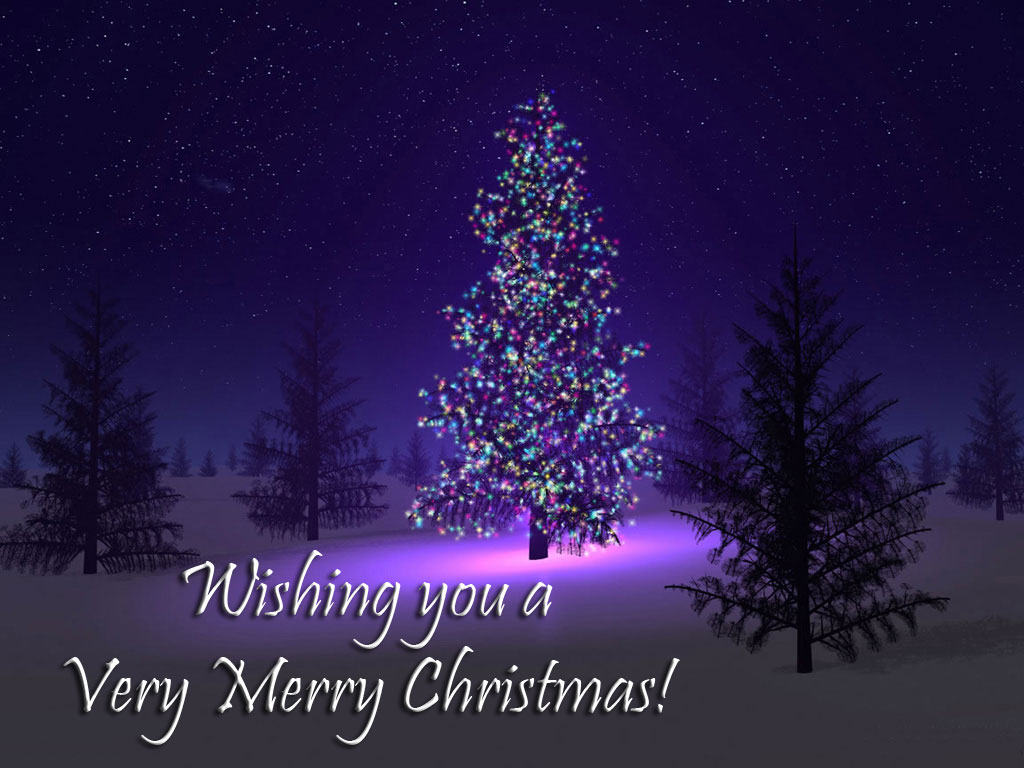 Random Tuesday Thoughts Rebel will return on Tuesday, January 7th – enjoy your time with your family, have a Very Merry Christmas and Happy New Year!  The linky will remain open until then, so feel free to link up and get random if you like – if you’re stopping by for Wordless/Wordful Wednesday, feel free to add your link to the linky as well, we’ll make this a Christmas Smörgåsbord!  See ya next year!

6 thoughts on “Bringing Good Tidings of Great Joy from the Basement without a Burning Julbock: RTT Rebel & WW Smörgåsbord”