The weeks seem to be flying by as per usual, but simultaneously going in slow motion if that makes sense.  Hard to fathom we’ve been basement dwellers for a whole month now – but hopefully that will come to a conclusion sooner rather than later.  The poor hubby has gotten the official Washington State initiation with the excessive rains we’ve had recently – but better to get it out of the way early on, right?

You know  as soon as we have any kind of freezing weather or snow, everyone here is going to blame us for bringing it here from Pennsylvania.  Just wait.  Of course, we brought our snow blower with us from PA – and after we bought that snow blower, we never had enough snow in PA to actually use it.  So either Murphy’s Law will dictate that since we hauled that sucker all the way out here, we’ll not see enough snow to use it here, either.

Or, the exact opposite will happen, and we’ll have jinxed it so Old Man Winter will decide we need to have the opportunity to actually use it, and dump snow like there’s no tomorrow.  Only time will tell.

So what does one do when it’s raining cats and dogs (and a tornado actually touches down in the vicinity)?  You meet up with an awesome bloggy friend whom you’ve been stalking since you started blogging yourself, and let your mutual kids run amok at a cool bouncy place at the mall:

Oh yes I did.  I got to meet the infamous and ahhh-mazing Alexis from Running Away? I’ll Help You Pack!  I’ve been a long admirer of her and her blog (read: stalker) and was beside myself that I’d actually get to meet her in person.  She is such a sweetheart!  And we talked about anything and everything like we’ve known each other for years.  I guess in a sense we have, since we’ve been reading each other for years, so that makes sense.

I’m so excited that we hit it off so well and we’ll be able to hang out whenever the mood strikes us – plus her kids are adorable, and my kids hit it off with them, too, so we’re golden!  I love how blogging creates such awesome connections and generates friends that will last a lifetime.  Life is good.

In a not-so-good life mode, this idiot stole a pic off my blog and used it in his/her/its fake profile on Facebook as his/her/its granddaughter:

Here’s the Princess Nagger picture he/she/it stole, and where it shows up on his/her/its Facebook wall:

This is my original (and copyrighted) image from an earlier blog post: 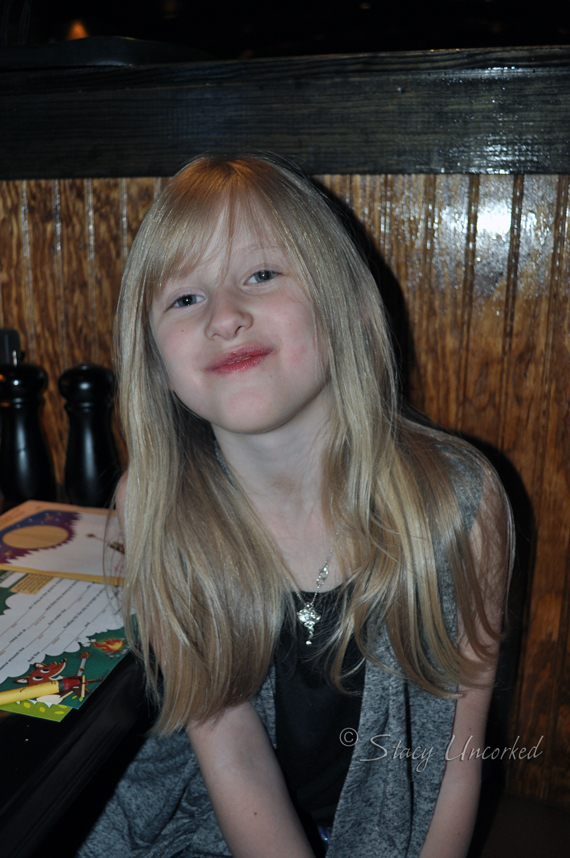 What do I need to do, start putting my copyright across her face?  Unbelievable.  I’m pissed at Facebook (yes, I said pissed) because I have been reporting him/her/it since last Thursday – and I’ve gotten absolutely NO response from Facebook AT ALL.  I am not a happy camper.   Of course I haven’t gotten a reply from my two messages sent directly to the asshole who stole the picture in the first place, either.

Even my awesome Facebook friends stepped up and reported the moron, too – and still nothing from Facebook on getting my daughter’s picture taken down from that idiot’s wall, or finding out if he/she/it is legit or not.  I’ll keep you posted – meanwhile, if you feel like harassing the asshat, feel free to do so here:  Derrik Lambert the idiot thief on Facebook.

In other news…  Well, the hubby had his big interview last week, and a second interview with the president of the school yesterday – there’s apparently one more candidate vying for the position, and we’ll have an answer by the end of this week.  Here’s hoping the hubby gets hired so we can breathe again.

Meanwhile, we’re still in ‘hurry-up-and-wait’ mode on the house front – we have an offer in on one we’d love to get, it’s contingent on our house selling in PA first.  Meanwhile, we’re adapting to basement living at my parents’ house, but it sure would be nice to have our own place again (and I could enjoy some uninterrupted time which has become a distant memory over this past month).  I’m really hoping our house sells quickly so we can move into a new house by Thanksgiving.

Meanwhile, I want to thank you all so much for hanging in there with me – I’m not having the computer time I thought I’d have, and when I do eek out some time to sit and tappity-tap away at my keyboard, I’m fighting the slowest internet connection on the face of the planet.  Well, maybe not the slowest, but pretty darn close.

So thank you from the bottom of my heart for not abandoning me while I’m unable to make the visits I so want to do – it’ll happen at some point, but it might not be until we’re finally in our own place with our own internet connection and not all inhabiting the same room that gives no chance of quiet surfing time.  I think I’ll take pictures and share them with you next week – that way you can see exactly what I’m talking about and fully understand my predicament.  At least it’s only temporary!!

That’s a wrap for this week – link up and join in the fun, everyone is welcome – random or not. Be sure to visit your fellow randomizers so they don’t feel so lonely.

10 thoughts on “Murphy’s Law is taking bets; An Awesome Meet Up; A Facebook Asshat: RTT Rebel”