I’ve mentioned in the past that I happen to have Hella Hair.  I’m always trying new ways to cut down on the ‘hella’ part and tame the frizz factor, but it always seems to be there no matter what I try.

I’ve always known that the quality of water (or lack thereof) could also have an adverse effect, so when I was asked to give the T3 Source Shower Filter System a try, I was all over that!

I was happy to see that this amazing shower system removes 95% of chlorine from shower water, and was anxious to try it out.  Chlorine is the culprit to cause dry hair (and frizz).  And if you ever feel dried out after a shower (I know, the irony) you can blame chlorine as the culprit there, too. 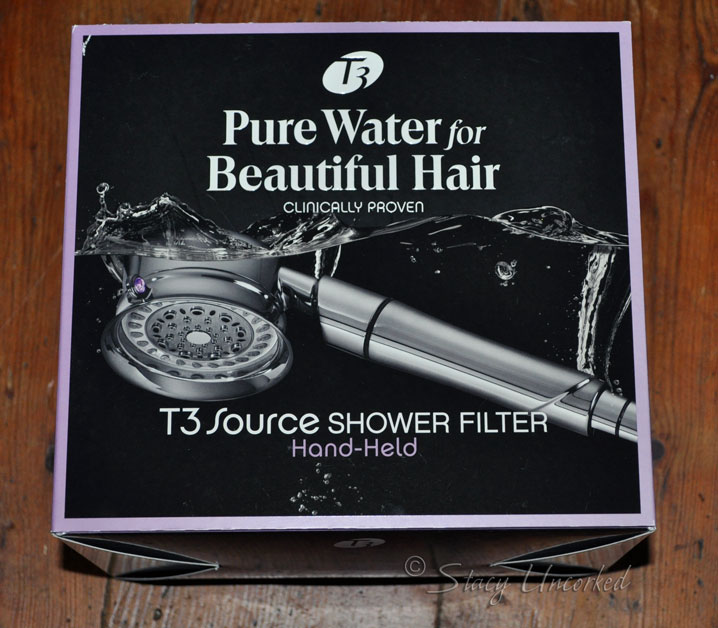 I’ve always preferred a hand-held shower head, so I can easily wash the kids’ hair when they’re taking their baths (even if they’re not so thrilled with getting hosed down), as well as giving the dogs a bath, too.  I love how this shower head looks: 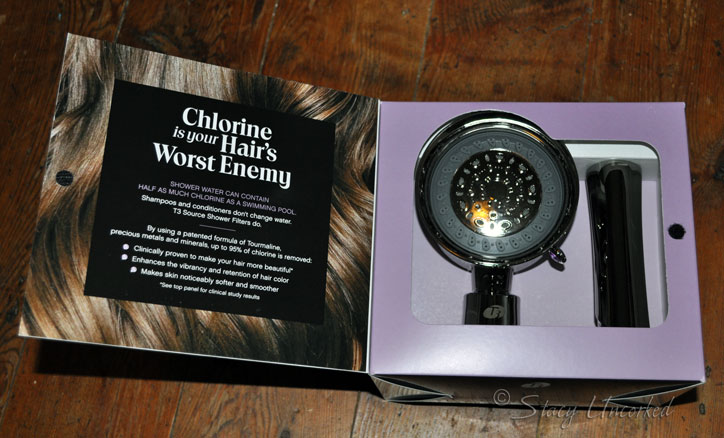 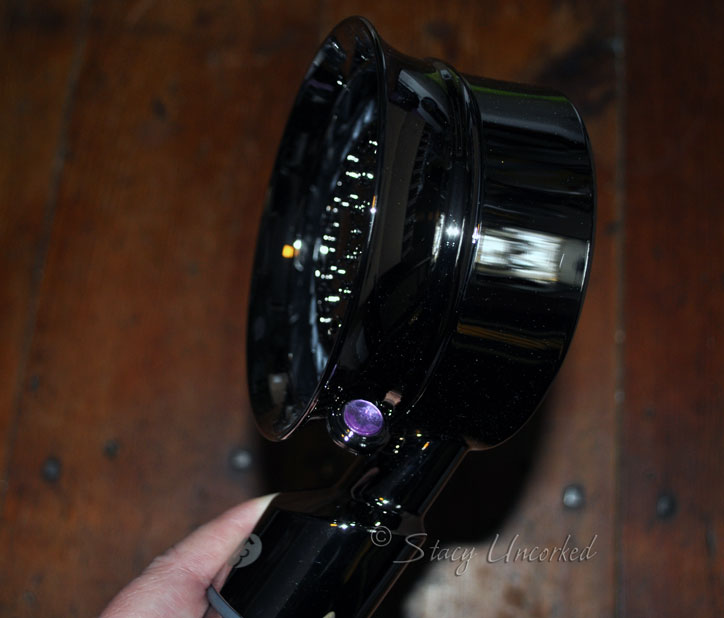 Isn’t it pretty?  Our old one had seen better days – in fact, the hubby seemed to have trouble figuring out how to put the shower head back in its little hook thingy, so he always ended up pinching the hose part in the hook part – which of course caused it to leak (part of the reason the kids don’t like having the shampoo rinsed out of their hair with the shower head, because it kept dripping on their faces, creating dramatic reactions). 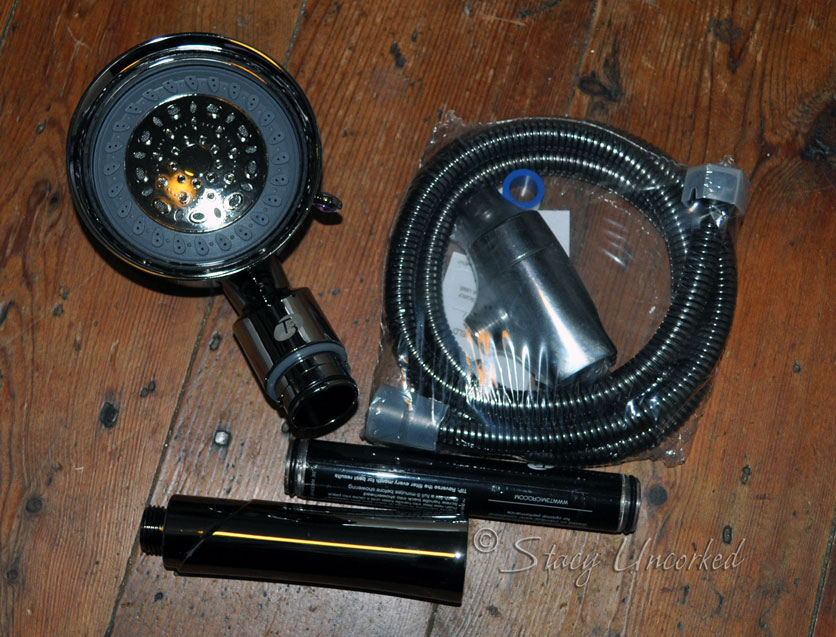 Everything you need is of course in the package.  Super easy to install, even a non-mechanically inclined person can do it (*cough*like-the-hubby*cough*).   In fact, I had planned on making a video of the shower head swap-out, but the hubby decided to tackle that mini project while I was off playing on my much-needed girls weekend.  At least that meant I got to try it out right away.

So how does it work? TheT3 Source filtration process called “Redox”, transforms chlorine into harmless elements that are too large to be absorbed by skin and hair. By removing the chlorine from shower water your skin retains more moisture, resulting in healthier looking skin.

I’m heretofore going to refer to that little filter as a miracle filter.  I’m not kidding.  I’ve noticed a significant difference in not only my hair, but even my skin is less dry and feels softer – reducing the amount of lotion I usually apply post-shower.  Even Princess Nagger hasn’t been as screechy when I brush her hair, since it’s softer and more manageable, too.

And shhhhh!   Don’t tell anyone, but I bought a different shower head to swap this one with, so I can take the T3 along with us when we move.  No way am I leaving this behind!

The T3 Showerhead chlorine filter is meant to last 6 months or 10,000 gallons, whichever comes first.  The replacement filter is roughly $25 to replace, which in my opinion is a value, since I’m reducing the amount of hair products and lotions just by using this.

Do you have issues with hard water or excess chlorine in your water?

Note: I participated in a campaign on behalf of Mom Central Consulting for T3. I received a product sample to facilitate my review and as a thank you for participating.  As usual, all opinions are my own and not influenced by outside sources.  See my disclosure policy here.