March already?  How did that happen?  Those of you counting down the days until spring will be happy to know that the next 16 days will most likely speed by.  And for those of you tired of the winter weather and grumbling about the groundhog being wrong about spring arriving early, my apologies for wishing for the snow that fell upon your head when I was hoping it would fall on my head instead.  Next time I’ll be sure to be a little more specific with my wishes.

It’s a freebie week this week, so let’s start off with something fun – and something you’d probably never think would come from me.  This is an unusual video – particularly since all parts are played by one person playing eight different parts.  The song is based on one of the most recognizable classical pieces ever written, J.S. Bach’s Unaccompanied Cello Suite No. 1: Prelude. (be sure so say Bach’s title with an English accent and it sounds a lot better).

If you think it sounds familiar, that’s probably because it’s been featured in a lot of movies (and car commercials) – the artist decided that this piece needed some accompaniment, so he added some original material and 7 more cello parts stacked on top of each other.  He created a cool new sound that embellishes all the features that have made Bach’s work so popular.

This video is an original arrangement and adaptation of J.S. Bach’s Unaccompanied Cello Suite No. 1: Prelude, by Steven Sharp Nelson, one of the members of The Piano Guys. While the original prelude is for a solo cello, Steven adapted it for 8 cellos, with the addition of original material.  It was posted to YouTube on June 14, 2011, and to date there have been over eight million views.

In the description, Steven explains he named it “The Cello Song” because it was what people actually called Bach’s original piece since no one could remember its name.  The outtakes at the end are hysterical – be sure to keep watching.

Here’s Steven Sharp Nelson of The Piano Guys with “The Cello Song”:

Next we’re going to take a mini beach vacation with one of my favorite duos.  Filmed in Cancun, Mexico, the video follows the duo – and their lovely video vixens – as they blow off a little steam.  There’s beaches, bikinis and billiards in this ode to the objects of the guys’ affection.

The twosome take their good time to a pool bar – serving tropical beverages, rather than the “Kentucky clear” in a homemade jar – and trade the Silverado for a motorcycle and a jeep.  And you won’t want to miss their full band performance shot from a beach-side infinity pool. 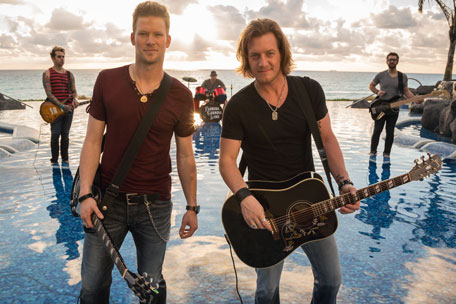 Here’s Florida Georgia Line with “Get Your Shine On”:

Next up is a new artist who started following me on Twitter and I couldn’t resist checking out her music.  From Opera to Country, this artist’s life changed as much as her music has.   She has an extensive background in live performance and at just 25 years old, this Canadian Country Singer is already a seasoned performer, Nashville Recording Artist, and accomplished songwriter.

This new adventure has taken her to Nashville, TN where she recorded this debut song at the renowned studios of Dark Horse Recording (many of my favorites record there like Faith Hill, Terri Clark, Alison Krauss, Martina McBride, Trace Atkins, Taylor Swift, etc.)  People relate to songs that share real emotions – her songs provide this and more with her honest delivery, raw emotion and powerhouse voice. 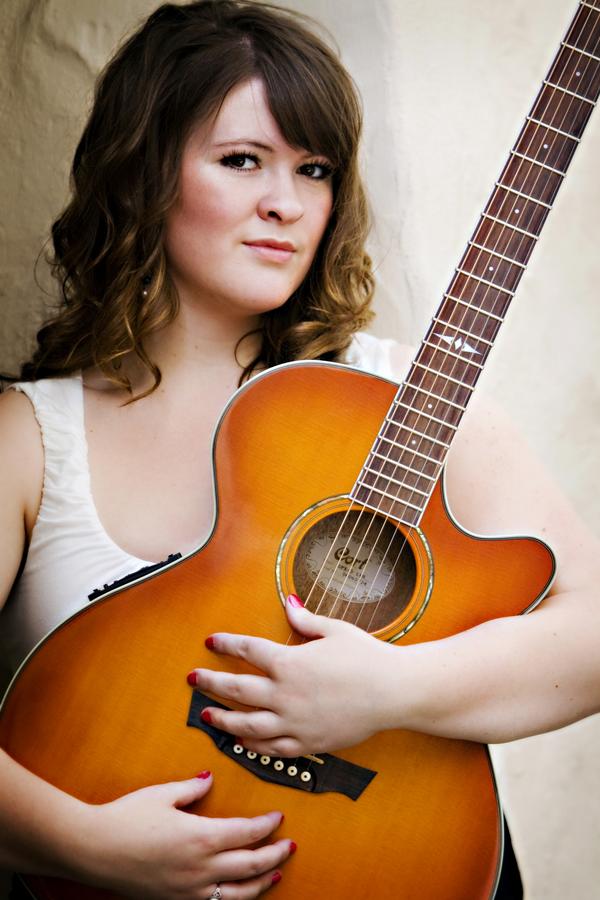 Next up we have another favorite duo (that used to be a trio but when the third member of their group departed in 2011, thankfully his departure didn’t change their sound).   These two never aim for arena bombast – they rely on easy charm, slowly working their way into a listener’s good graces.  They’ve definitely done that with this song.  And they’re certainly easy on the eyes: 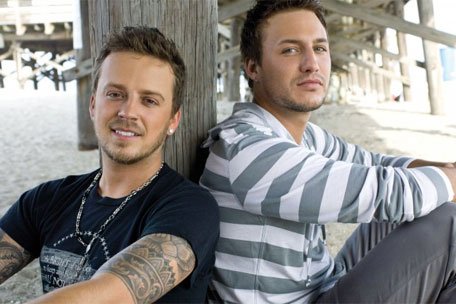 Give a listen to Love and Theft with “Runnin’ Out Of Air”:

Next up is another of my favorite Canadian recording artists, taken from her second studio album and first international release.  The song is a post-breakup anthem, where the artist sings about getting over her ex-boyfriend by dancing with someone new.  This particular song received mostly positive reviews from music critics, who deemed it as one of the best tracks on the album. 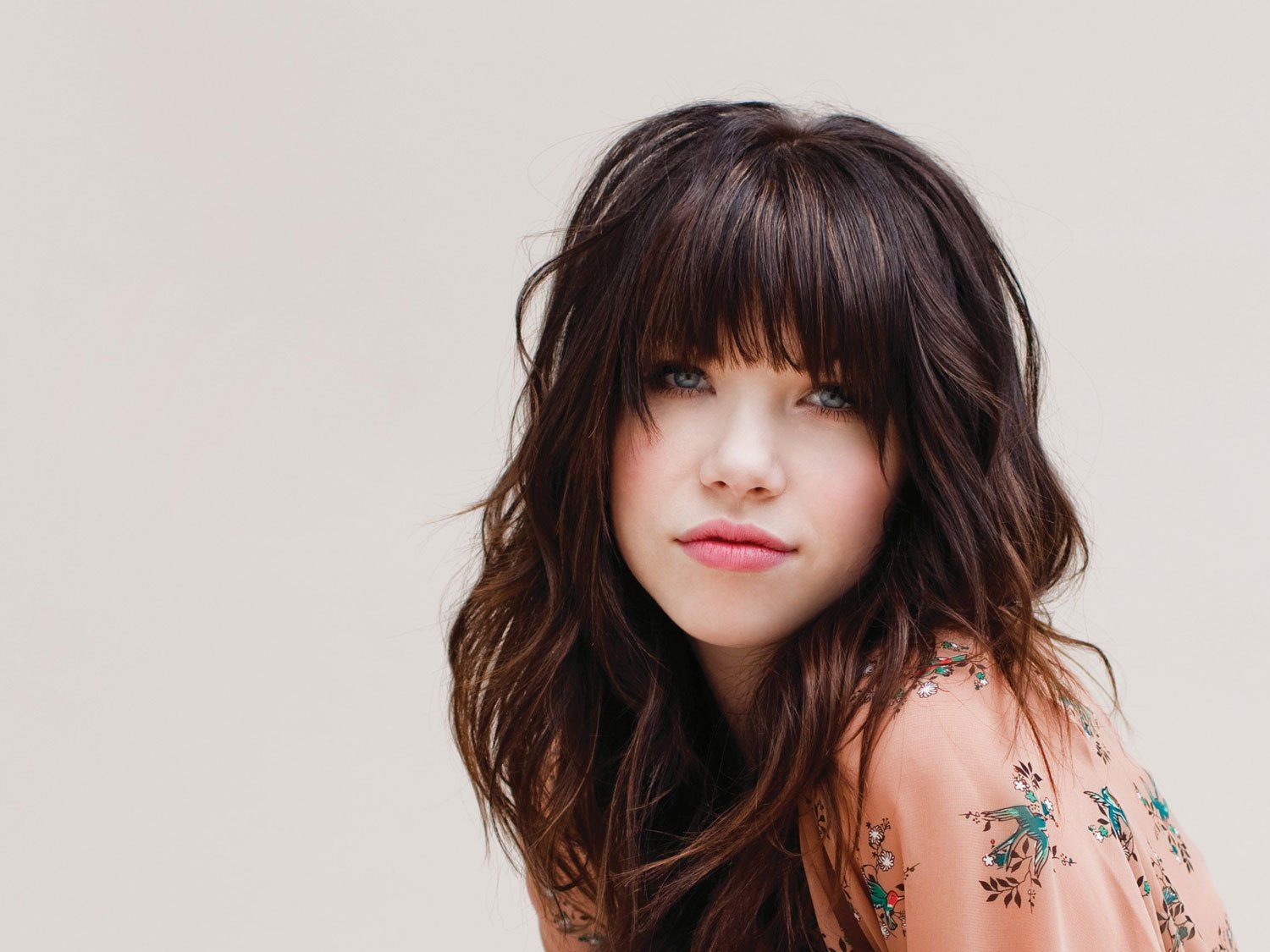 Here’s Carly Rae Jepsen with “Tonight I’m Getting Over You”:

Last, but definitely not least is an artist I found by way of one of my favorite shows, Grey’s Anatomy.  In February 2011 she toured across Canada with Melissa Etheridge, and one of her songs was sung as a duet with Etheridge, which they both also performed at the Juno Awards that year.  Over 65 songs were written for her new album, but when she started working on the album she had a tough choice on which ones would make the album – instead, she threw them out.  Every single one of them.  A full year’s work into the trash.

She has stated it was the best thing she’s ever done.   She has earned grass-roots acclaim as a guitar-wielding singer-songwriter, an approach at the core of the five dozen songs she had on hand.  Starting fresh allowed her the freedom to see that she’d only been showing one side of her talents and passions.  She put down the guitar and wrote, first and foremost, for her voice and for her full musical personality.

The result is an album of wide range and deep vision, driven by a fierce love — and matching talent — for music of soulful connections, for the voice as the supreme instrument, for “pop” values at their most grounded and most reaching. 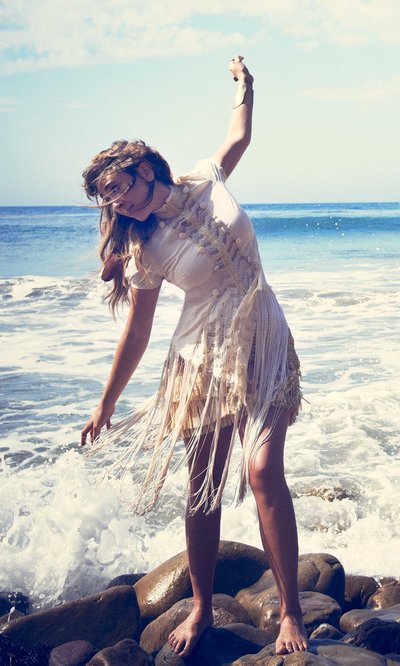 Princess Nagger and I both love the archery in the video, especially the Triforce-ish symbol at the end (you know, us Hunger Games and Legend of Zelda fans).  Here’s Serena Ryder with “Stompa”:

Bet you were stomping to the beat, weren’t you? Have a great Monday.

43 thoughts on “The Cello Song lets you Get Your Shine On the Open Road I’m Runnin’ Out Of Air so Tonight I’m Getting Over You… Stompa!”