This week’s theme was chosen by one of our Spotlight Dancers, Amethyst Moon from Life, Music and Laughter who chose Blues – not necessarily Blues music, but songs that make you sing the blues (sad songs).  Don’t worry, I won’t make you cry too much.  Some of them are just goosebump-inducing, though I can’t promise there won’t be some misty-eyed moments.

Let’s start off with a country ballad written by a husband and wife team that is based on a personal experience by the husband as a teenager when his older brother was killed in a car accident.  According to his wife, she decided to record the song because of his emotional connection to the song – he couldn’t record it for himself or sing it onstage every night, but he would be honored for her to. 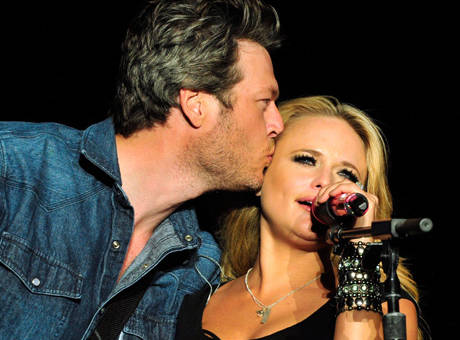 The video shows Lambert walking through a wooded area during a light snow, before coming to a set of gravestones, where she proceeds to grieve over the loss of her loved one.  Before turning to leave, she places a watch on the grave.  Throughout the video, scenes of a white horse running among the trees are also included, as well as two small children playing, one of which eventually disappears.  That part got me.

Give a listen to Miranda Lambert with “Over You”:

Here’s Miranda Lambert’s poignant performance of the song at the ACM’s in 2012:

Next up is an artist who I found by searching for songs that caught my attention when watching a favorite show like Grey’s Anatomy.  This Portland based singer-songwriter is a musician whose passion for classical music gives her sound a modern yet timeless twist.  She is an artist who is not afraid to wear her heart on her sleeve, so it’s no wonder there’s a buzz around her new album since it’s an expressive and honest portrayal of personal tragedy.

Because this artist’s beloved Grandfather passed away while she was recording her new album, it became a passage for the release of pain, and a way of keeping her Grandfather’s memory alive.  Many of the songs on the album reflect the highs and lows of grief – the song I’ve chosen to share is a raw expression of the pain of loss, and oozes with agony and beauty. Subtle vocals and piano notes add to the emotion of the song, which stands out as the most exploratory and impressive number on the album.

She doesn’t have an official music video of this song yet, but I found one that someone did a good job using clips from The Chronicles of Narnia.  Here’s Sara Jackson-Holman with “Freight Train”:

Next up is a brand new song just released this month by one of my favorite artists.  It’s actually a duet between the main artist plus another favorite, and a third artist is also featured with vocals and excellent guitar-work.  All three artists recorded their parts separately.  Bet your curiosity is up even more now, eh? 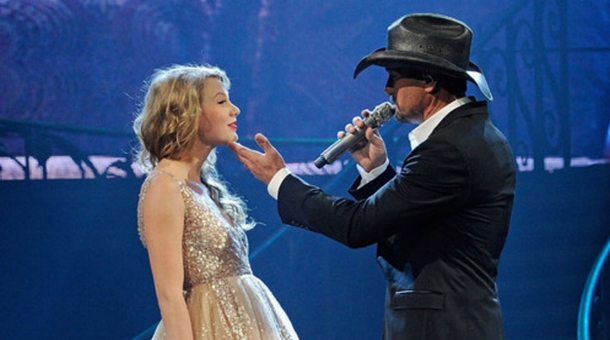 Six years after she made a name for herself with a tune called “Tim McGraw,” Swift has joined forces with the country superstar on this wistful love song (which also features guest vocals from Keith Urban) from Tim McGraw’s latest album – though they’ve played live before, this is their first studio collaboration.

I was wondering when she would end up collaborating with him – after all, her very first hit single was her song about  Tim McGraw – it was inevitable for her to collaborate with  him, don’t you think?  While it’s not technically  a sad or blues song, it sort of is – it’s obviously open for interpretation because the lyrics confirm that while the highway don’t care, he/she does – but they’ve broken up, so… we’ll go with it for today’s theme just because it’s a cool new song.

Next up is an amazing singer and musician who began playing piano at age 5, songwriting at 8 and playing guitar at 13.  At 19, she left Chile to attend music school in Boston where she wrote, produced and recorded her debut album, which was a blend of indie folk and lounge electronica – and hailed as “one of the top 50 albums of the year” by Rolling Stone Chile.  Pretty amazing, no?  Her voice and music have even been featured Ralph Lauren runway shows. 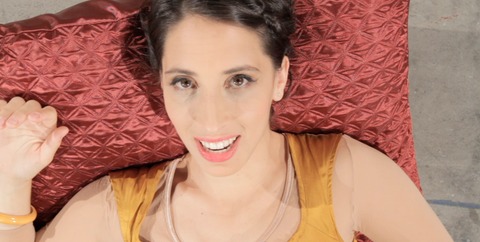 I was introduced to her music by hearing it on a tear-jerker episode of Parenthood (for you Parenthood fans, it was when Kristina finally told her family about her cancer).  Here’s the amazing Yael Meyer with “Shed Their Fear”:

Next up is an artist who seems like such a nice guy right to the core.  This ballad is composed of three verses and a bridge, each section portraying an event in the life of an unnamed female character: being driven to school by her mother in the first verse, being visited at her apartment by her father in the second verse, and conversing with a plumber while her kids are misbehaving and making noise in the third verse.   In all three of the situations, the song’s other characters (the parents and the plumber) assure the central character that although she may not realize it, she will miss the various moments of her life.

I’m sure we can all relate.

One of the song’s writers came up with the central idea for this song one day while a repairman was working on his house.  His two children (ages two and four at the time; he has since had a third) were running around the house and stealing the repairman’s tools; after the song writer apologized, the repairman replied, “Don’t worry about it — I’ve got two babies, too.”  A song idea was born.

The artist who recorded it happens to be the father of five daughters and has said its message resonated with him.  After hearing this artist’s recording of the song, the song writer felt that he made it something more than it was (you know, even better).

Last, but certainly not least, since today happens to be my dad’s birthday (he’s 69 today – whoa!) I have to throw one more in here for him.  Growing up my dad had a reel-to-reel player that he was very proud of (one of his amazing garage sale finds, I think) and the only reel-to-reel tapes he had happened to be Johnny Cash.  At least that’s what I assume – since that’s all he ever played on that thing.  He would sing along (off-key) to every song.  Ahem. 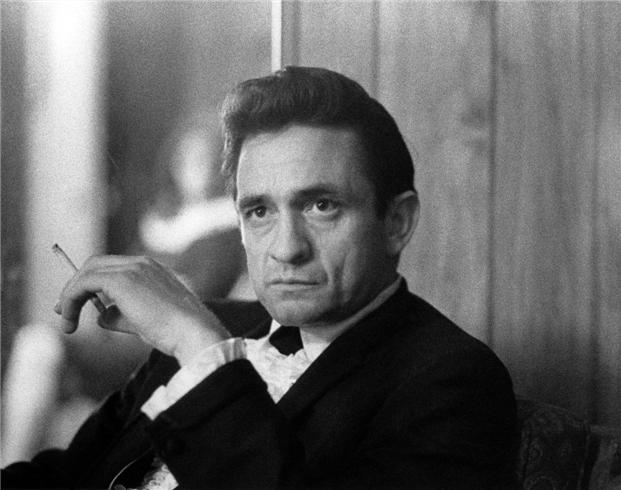 So in honor of my dad’s birthday, here’s a song I fondly remembering him sing All. The. Time.  Here’s Johnny Cash with “I Walk The Line”:

Happy Birthday, Dad!  And to everyone else – have a great Monday!

I have the supreme honor and privilege of being a co-host with the inimitable Xmas Dolly and our musical cohorts, Callie from JAmericanSpice, Cathy from Cathy Kennedy’s Blog, and for the month of March, our Honorary Co-Conductor, Naila Moon from Just the Stuff Ya Know.

19 thoughts on “Over You like a Freight Train the Highway Don’t Care, but they’ll Shed Their Fear – You’re Gonna Miss This as I Walk The Line”