How would you like to win a trip to Pasadena, CA for yourself and three of your closest friends?  Here’s your chance – DOLE is celebrating the New Year with their third Rose Parade float, “Dreaming of Paradise,” and as part of the DOLE excitement, DOLE is giving one lucky DOLE fan a trip for four to cheer on DOLE’s 2013 Rose Parade float and watch the 2013 Rose Bowl.

This trip would be a dream come true for those who have always wanted to experience Southern California’s iconic New Year’s Day celebration, don’t you think?

Entering is simple – “Like” DOLE on Facebook, enter your email address and fill out the sweepstakes entry form at www.Facebook.com/DOLE. Anyone over the age of 18 and a legal US resident may enter to win.

The grand prize winner, plus their three guests, will celebrate their victory with a four night trip to Los Angeles – from December 30, 2012 to January 3, 2011 – to see the DOLE float in the 2012 Rose Parade on New Year’s Day in beautiful Pasadena, California. The winner and their guests will also receive four tickets to the 2013 Rose Bowl to watch two of the best college football teams fight to become the 2013 Rose Bowl Champion. 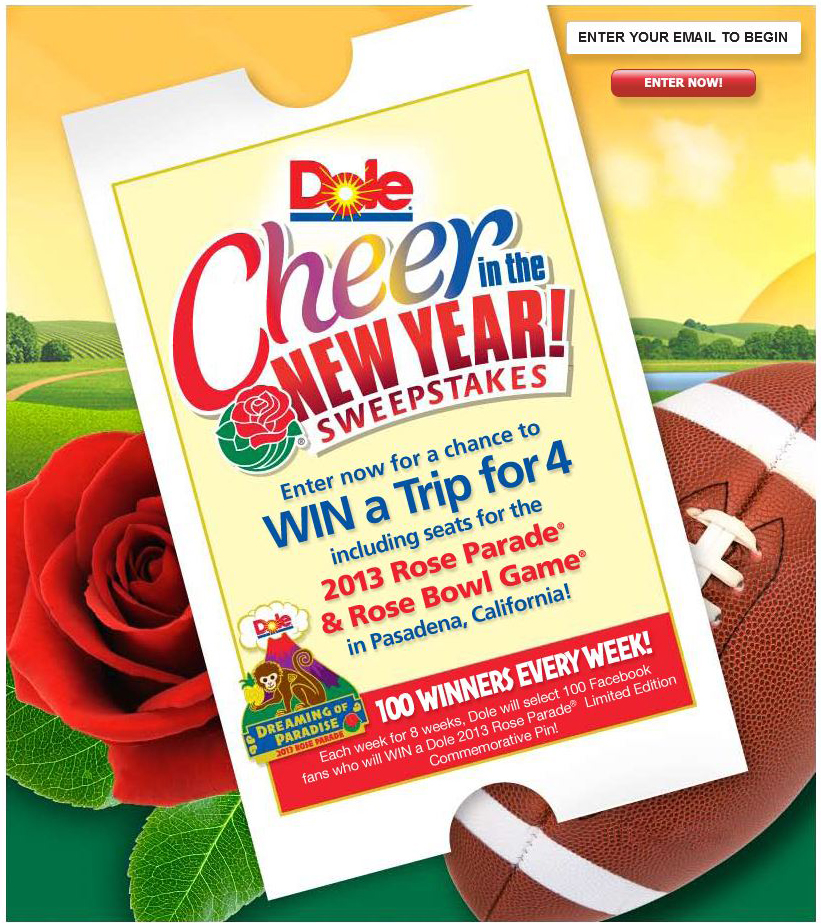 Note: I’m being sent roses as a thank you for telling you about this Sweepstakes compliments of Dole. No other compensation was received implied or otherwise.  As usual, my opinions are strictly my own and not influenced by outside sources. See my disclosure policy here.