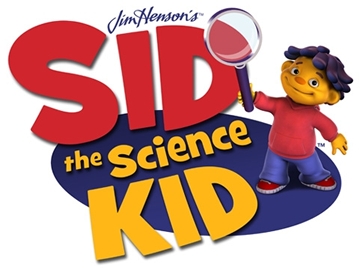 Princess Nagger has been a huge fan of Sid the Science Kid (an educational television series) since it debuted on PBSKids in September of 2008. Of course she won’t admit it now, because she considers all things geared towards preschoolers for babies.  But I’ve caught her watching some of her old favorites on PBS more often than not.

Sid the Science Kid is an animated series that uses the Henson Digital Puppetry Studio, a proprietary technology that allows puppeteers to perform digital characters in real time creating a more spontaneous and fresh result. 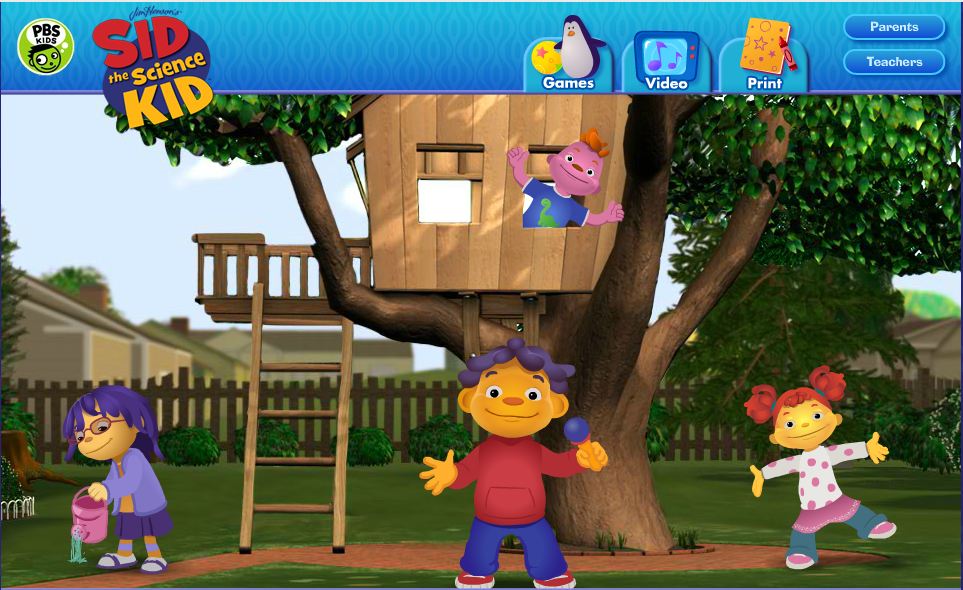 “Sid the Science Kid” features a sketch-comedy format to promote science-readiness by encouraging kids’ instinctive curiosity about the world around them. The show stars Sid, an inquisitive youngster who tackles the everyday ideas that preschoolers find fascinating (Why do bananas go “bad??” How does my juice box straw work?? How does a bird fly without a plane?). 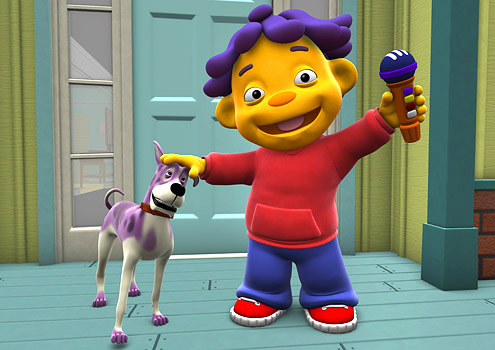 Both Kids were excited to find out that there will be four new episodes starting tomorrow.  Little Dude always refers to Sid as “my friend”, and jumps around whenever Sid jumps around getting all excited about discovering new things.  We were lucky enough to get a sneak peek on one of the upcoming episodes entitled “Sleep? Who Needs It?!” which is something Little Dude struggles with constantly.  The four new episodes will air as follows:

“Sid’s Pet Project”: Monday, November 12
Sid is very excited because he’s going to babysit Grandma’s dog Philbert for the weekend. This is a great way for Sid to show his parents that he’s ready to take care of his own puppy. But there’s only one problem…how exactly do you take care of a pet? Sid heads to school to investigate more, and is delighted to see a special guest. It’s Gabriela’s Mom, Dr. Rosalinda Cordova! She brought the class their very own pet…a praying mantis! And now the kids have to learn how to take care of it. That means investigating what the praying mantis needs to eat, drink, and what kind of home it needs. As Sid quickly discovers, taking care of a pet is a big responsibility!

“Sleep? Who Needs It?!”: Tuesday, November 13
Sid is ready to stay up all night so he and his stuffed animals can pretend to fly into space on a rocket ship! When his Mom insists that he can’t stay up, Sid ventures to school to investigate more. He and friends explore how the body needs sleep to properly function, and most important, we need sleep to grow and stay healthy! Understanding that sometimes we feel too excited to sleep (like before an adventure into space), Susie presents a special Super Fab Lab where the kids practice calming down, and preparing their bodies for sleep. Susie lowers the lights, turns off all the sounds in the room, and teaches the kids how to breathe slowly to relax…and sleep!

“Seed the Science Kid”: Wednesday, November 14
At breakfast, Sid discovers seeds in his apple, and decides that seeds really get in the way when you’re trying to eat the apple! This leads Sid to investigate seeds with his friends at the Science Center, where they learn that many living things grow in life cycles. And while many fruits start out as seeds, many animals start out as eggs. The kids investigate frog eggs, butterfly eggs, and chicken eggs, and then see the fully-grown animals they grown into. The kids are elated and empowered with their newfound knowledge about life cycles, and can’t wait to get back to school so they can plant Sid’s apple seed and watch it slowly grow into an apple tree!

“The Reason Sid’s Sneezin;”: Thursday, November 15
Sid wakes up and can’t stop sneezing. He makes his way into the kitchen where he finds Dad in the middle of a similar sneeze attack. Sid soon discovers that just like his Dad, he might be allergic to pollen! This leads Sid on a mission to learn more about allergies. Mom can think of someone who knows a lot about allergies…Grandma-she’s a nurse! At school, Grandma helps the kids discover that sometimes our own bodies can react strongly to something we touch, smell, or eat, so our bodies try to fight it off-and that’s an allergy. Gerald tells everyone he has a food allergy–he can’t eat strawberries. Wanting to help their friend, Sid,May and Gabriela decide to make their class a Strawberry-Free-Zone! Gerald is touched, and Susie suggests a special Super Fab Lab survey to discover if other people they know also have allergies.

Check your local listings – here on the East Coast the first episode premieres tomorrow at 11:30 am – so if you hear a shout of glee coming from our neck of the woods at that time, you’ll know that Little Dude has cheered the arrival of a new Sid the Science Kid adventure.

Do (or did) your kids have favorite educational or otherwise shows they just have (had) to watch?

Note:  I received an advanced copy of Sid the Science Kid: “Sleep? Who Needs It?!” compliments of the Jim Henson Company. No other compensation was received implied or otherwise.  As always, all opinions are my own and not influenced by outside sources. See my disclosure policy here.