Almost exactly a year ago I wrote about our haunted clock.  This week’s Spin Cycle is 220;Spooky”, so I thought this would be the perfect post to revisit because 1) I was short on time, 2) it’s a perfect fit, and 3) there are some of you who are reading me now that weren’t reading me then, and I’m saving you the trouble of digging.  You’re welcome.

Originally posted on October 21, 2011, I give you The Haunted Clock (the edited version):

It was a Dark and Stormy Night… Wait, no it wasn’t. That’s a different story entirely.

Saturday marked the 2-year anniversary of my Father-in-Law’s passing. It’s hard to believe it’s already been two years. The hubby was quieter-than-normal over the weekend, since it was his final parent and he was an only child, the passing of his father hit him harder than most. At least having the Princess Nagger and I (and my crazy extended family) has helped him not feel as lost and lonely as he might have.

Where am I going with this? Glad you asked. See this clock? 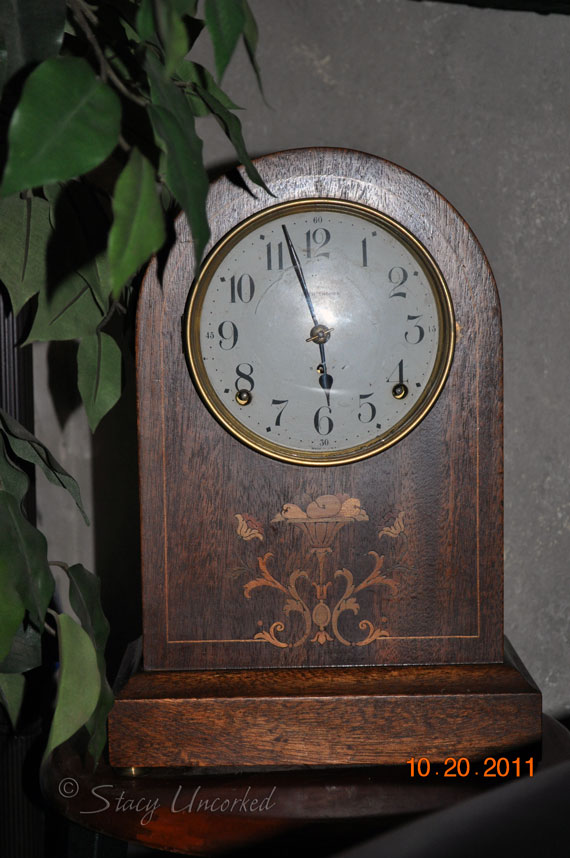 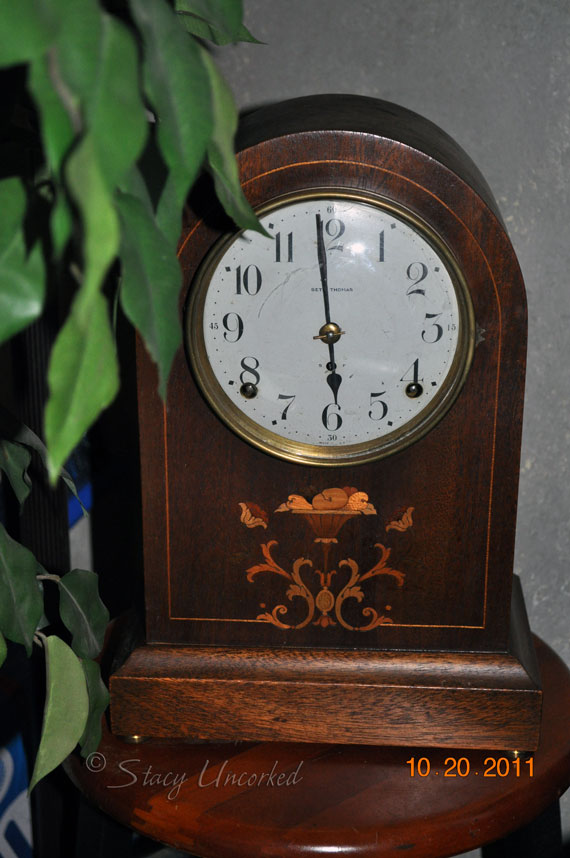 This Seth Thomas antiquity belonged to my Father-in-Law. He loved clocks, and we brought home half a dozen of his favorites when we cleaned out his apartment a couple of years ago.

This particular clock didn’t seem to be working. At all. I wound it up (and made sure not to wind it too tight – we all know how things and people are if they’re wound too tight) but no matter what coaxing I did, the clock refused to tick.

The clock had been sitting silently on the same end table (well, OK, not an actual end table, but a bar stool posing as an end table) for months, refusing to tick or chime. I figured it was just a unique thing to look at, without actual functionality.

Until it suddenly started ticking. And chiming.

I told my hubby it must have been his dad’s spirit, because my hubby was exceptionally sad that particular day, being the first Father’s Day he wasn’t able to banter with his dad on the phone celebrating their mutual fatherhood. It was his dad’s way of trying to cheer him up – or creep him out, whichever worked. And it did.

It has worked ever since without fail, albeit it does run behind. His dad did joke about wanting to slow down time. Maybe he figured it would be the perfect way to do so.

Do you have any spooky objects in your house?

This Spooky Spin Cycle was brought to you in part by the lovely Gretchen at Second Blooming, whose spooky tale is something I’m looking forward to. Check out the other Spinners and find out what spookiness they have running rampant.  If you dare. 22 thoughts on “The Haunted Clock Revisited”