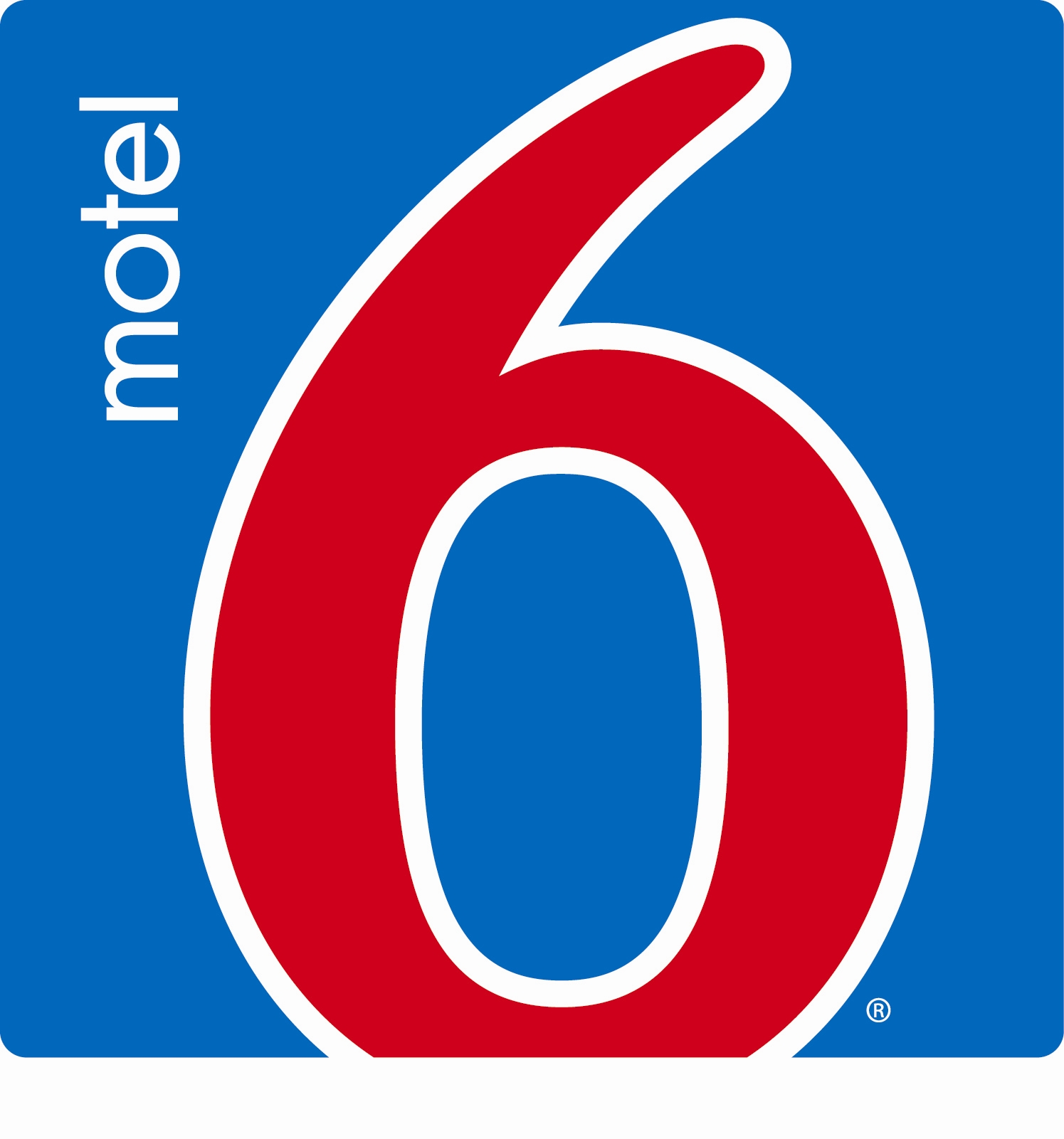 If you’ve been reading me for a while, you know that it takes quite a lot to get me all fired up.  I’m an eternal optimist and don’t let things get to me until you push that wrong button, then all bets are off.  While we were traveling on our cross-country road trip, we mapped out different stops along the way to break up the many hours of driving from Pennsylvania to Washington and back.

Since we were traveling with our dogs (along with our kids), we usually only need a place to crash (not literally) for the night to get some sleep and a shower, so being budget minded we pretty much stick with Motel 6 since they’re cheap, clean (usually), and all over the place making it easy to plan our road trips efficiently.  They also don’t up-charge for the dogs and kids, which is a plus.

Until we got to the Motel 6 on Schmeer Road in Portland Oregon, that is.  I know, right?  The name of the street should have been a clue.

This was the only unplanned stop along our route – construction on the freeways and excessive traffic made our drive from Nevada to Washington take longer than planned, and since we were going to ultimately get to my parents house sometime after midnight on the eve of my dad’s brain surgery, we thought it best to stop and get some sleep, then finish the drive straight to the hospital the next morning so as not to disturb my dad’s important night of sleep before his big day.

Part of our last minute decision to stop also centered around the fact that my brother-in-law currently lives just outside of Portland, and we thought having a late dinner with him would be a fun way to break up the monotony of long-term driving.

As we drove through the Portland area, we kept an eye out for the familiar Motel 6 signs you can usually spy from the freeway so we could randomly choose one and pull in to obtain a last-minute room.

We should have rethought our last minute idea when we crossed over the Washington border with nary a Motel 6 sign in sight.

But no, instead we decided to pull off the freeway, discuss our options, then I called the 800 reservation number to find any of the many Motel 6 locations in the Portland area.  Since we were North of Portland, the operator suggested a North Portland location – the one on Schmeer Road.  Only 8 minutes (per GPS time) from where we were currently, it seemed like a great idea to turn around and go back.

Since I have an account with Motel 6 for all the reservations I’ve made in the past (and the list of them for our trip with reservations already secured), the reservation was put in my name using my credit card for the guarantee (even though we’d be there in less than 10 minutes, give or take).

From the outside, it looks quite impressive for a Motel 6: 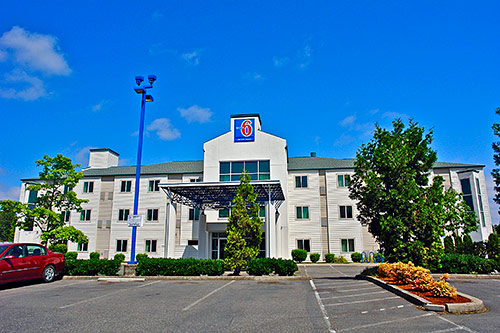 Should have been our next clue that this was not your typical (and familiar) Motel 6 where Tom Bodett leaves the light on for you.  Having spent the previous 5 nights prior in 4 different Motel 6’s (not to mention the prior years of Motel 6 stays on our previous shorter road trips the past 8 summers) we were anticipating the usual quick and easy check-in process so we could relax after a long day on the road, decide on dinner and spend some time visiting with my brother-in-law.

Best laid plans and all that jazz – didn’t happen that way.

The night clerk was sitting outside on a bench texting feverishly – we didn’t know she was the night desk person until she came in a few minutes after we arrived at the front desk looking greatly annoyed that we had interrupted her text fest.  She looked up the reservation I had just made by phone 15 minutes ago, and confirmed we were ‘reserved’ for 2 adults, 2 kids and a dog.  I corrected her on the ‘a dog’ mode with ‘2 dogs’.

The hubby shot me a look, because the woman immediately looked even more annoyed about the dogs, and said that the first dog is free, but the second dog is an additional ten-dollar charge.  I questioned that policy, since all the other Motel 6’s we’d stayed at never batted an eye (or charged extra) for the additional dog.  She insisted there is an additional charge for an additional dog.  I could see the hubby’s blood pressure visibly rising as the total started to coincide in the rising factor.

When she started adding the total (base price plus an additional cost for the second adult (also a first in all the Motel 6’s we’ve stayed at), plus the additional cost of the second dog) it was becoming the most expensive Motel 6 we’ve ever stayed at.

Then when the hubby decided to pay cash (since we’d had an issue with the debit/credit card we’d been using to fill up both tanks on the way and the bank thought it had been stolen and froze it until the hubby called to remind them he had already given them a heads up on the potential extra usage to entail while traveling) the woman at the front desk looked even more annoyed, and huffily said “Well, if you’re paying cash, we’ll need an additional $40 deposit.”

Excuse me?  So this Motel 6 penalizes people for paying cash (after overcharging to begin with)?  WTH?

I could practically see the steam getting ready to shoot from the hubby’s ears as he reluctantly handed over his $120 cash (for a room that should have been $56.99 plus tax had we booked it online, $59.99 plus tax otherwise).  Not cool, Motel 6, not cool.

When the front desk clerk handed us our key cards and told us our room was on the third floor, we had to remind her (again) about our dogs and asked (nicely) if we could possibly have a first floor room, I thought her eyeballs were going to get stuck she was rolling them so much.  She belligerently changed our room to the first floor (and forgot to change the keys which we discovered when trying to enter the room about 15 minutes later, and had to interrupt her newest text fest with the request to get corrected key cards).

The room was nice enough – nothing special (and certainly not worth the hundred-plus we had paid for it) but what flabbergasted us was The Rule Book.  Yes, this particular Motel 6 had an actual Rule Book – a 3-ring binder with laminated pages outlining all the ‘rules’ for staying at that particular location.  Things like if you don’t declare a pet when checking in, you would be charged an additional $45 per pet, be ejected from the premises (with no refund) and put on a ‘Do Not Rent’ list.

If you smoke in a non-smoking room (no problem here), you would be charged an additional $250, ejected from the premisis (with no refund) and put on the ‘Do Not Rent’ list.

If you have a non-registered guest in your room past 9:00pm, you would be charged an additional charge (it was exorbitant), ejected from the premises and put on the ‘Do Not Rent’ list.

If the towels are ‘excessively soiled’, you would be charged for replacement of said towels (or any of the items in the room, including the bedding) and put on the ‘Do Not Rent’ list.

There was actually a ‘menu’ of the cost of items in the room in the bathroom, which I of course took a picture of: 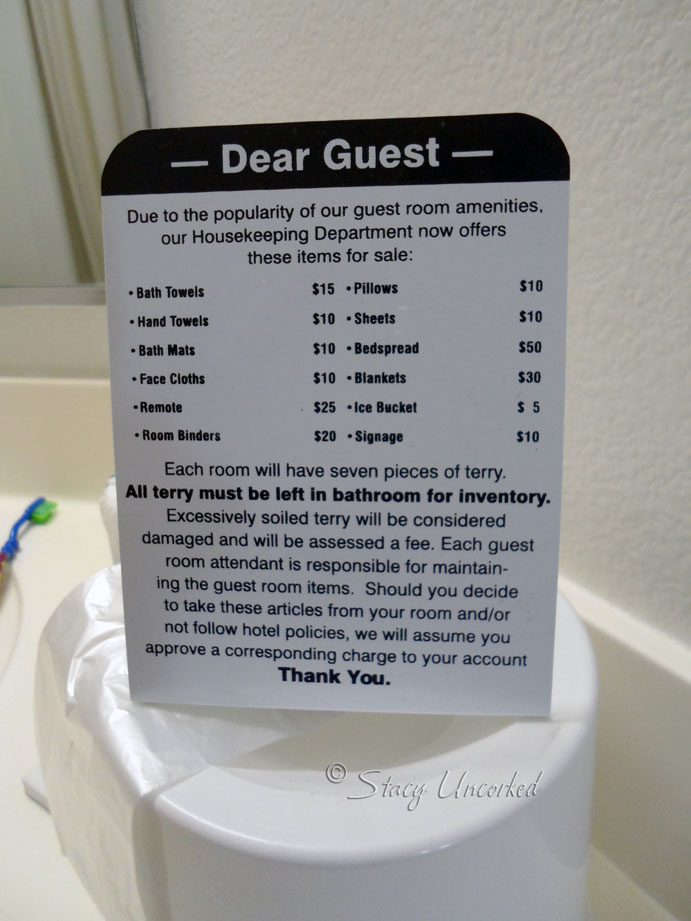 If you can’t read it clearly, feel free to click on it for a bigger image.  Those are the prices they’ll charge you for the threadbare ‘terry’ that might go missing from the room – or be ‘excessively soiled’.  The Rule Book Binder would have been $20 had we decided to keep a copy to share.  The tiny little cheap Do Not Disturb sign would have been $10.

This is turning out to be way too long a post – so I’m going to have to leave you hanging to read the rest in a Part 2 kind of deal.  Stay tuned – this is only the beginning of the craziness and will definitely leave you scratching your heads and saying “What The Hell?”

Last week I started telling you about our unpleasant experience at a Motel 6 in Portland Oregon on Schmeer Road.  If you haven’t read Part 1 yet, you really should so you won’t be lost on this conclusion.  Go ahead, … Continue reading →