We’re still on the road homeward bound (literally), but I couldn’t contain my excitement when I had a short reprieve with spotty internet to download my multitude of messages and discovered that I have been honored to be selected as a Maytag Kitchen Mom: 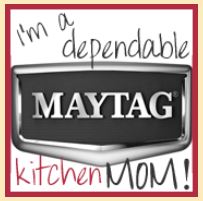 What does that mean? Well, I’m glad you asked. Since our house was built in 1817, the kitchen was pretty much an afterthought – well, OK, maybe not an afterthought, since whatever time they decided to move the kitchen into the house from the outbuilding it used to reside in was probably forethought. But you know what I mean.

When we bought our house 9 years ago, we were lucky that the previous owners decided to leave the stove and the dishwasher for us. We of course had to buy a fridge, and have been disappointed that it doesn’t seem like they make things like they used to, since our fridge tends to freeze the vegetables in the vegetable drawer, and I can’t even remember when our ice maker and water dispenser last worked.

The stove is nice enough, but we’ve been nervous about it since the first year we lived in our house, we had to have the motherboard replaced in the stove since it decided just days before Thanksgiving to go on the fritz. A little hard to cook Thanksgiving dinner for 15 people when the stove isn’t working. At all.

We’ve been wondering how long our dishwasher will last, since we’re unsure how old it actually is, and doesn’t do its job since I pretty much have to wash the dishes before putting them in the dishwasher or end up with petrified food on the dishes. And don’t get me started about the dishwasher itself claiming to be ‘Whisper Quiet’. It isn’t. Far from it, as a matter of fact – it’s so annoyingly loud that I tend to run the dishwasher after we’ve all gone to bed, since we luckily can’t hear its not-so-whisper-quiet mode from the second floor.

Since I’m not at home at the moment, I can’t take an updated picture of our current appliances, but I did dig up the pictures from 9-ish years ago when I did a cosmetic upgrade to the kitchen to stay its execution of a minor remodel: 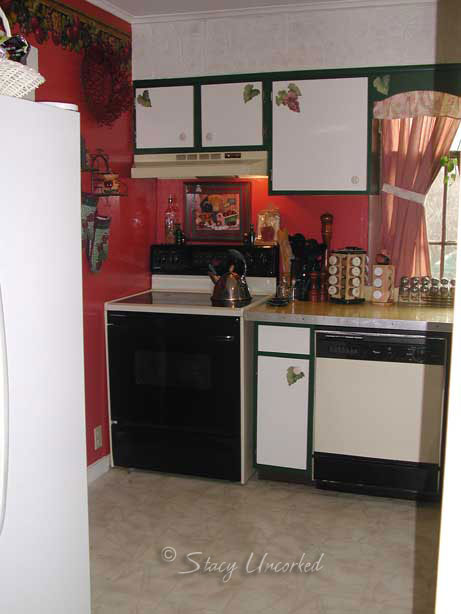 That’s our current stove crammed into the corner, and the dishwasher is to the right. Here’s another shot that if you look carefully, you’ll see the front of the fridge to the left: 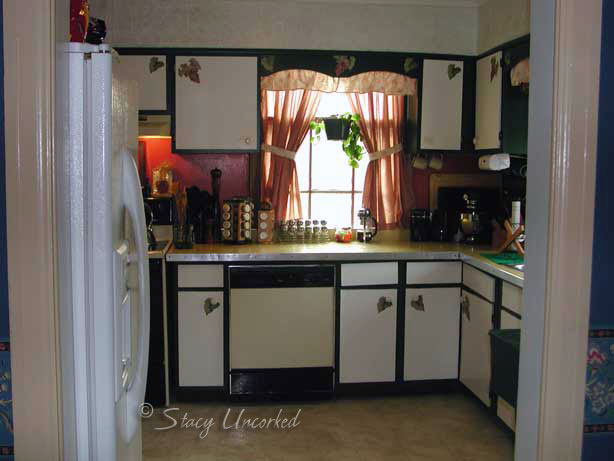 We didn’t find out until later that the front of the dishwasher had a reversible face plate (whatever it’s called) so we did turn it around to the black side to blend in better. And the pictures still show the awful linoleum that covered our original wood floors – I spent hours ripping it up with a crowbar and hammer (not the linoleum part, that I tackled with a box knife, but had to chip away the particle board it was glued to – I know, right?)

But I digress.  What I’m really excited about is that I am going to get to have these in my kitchen very soon: 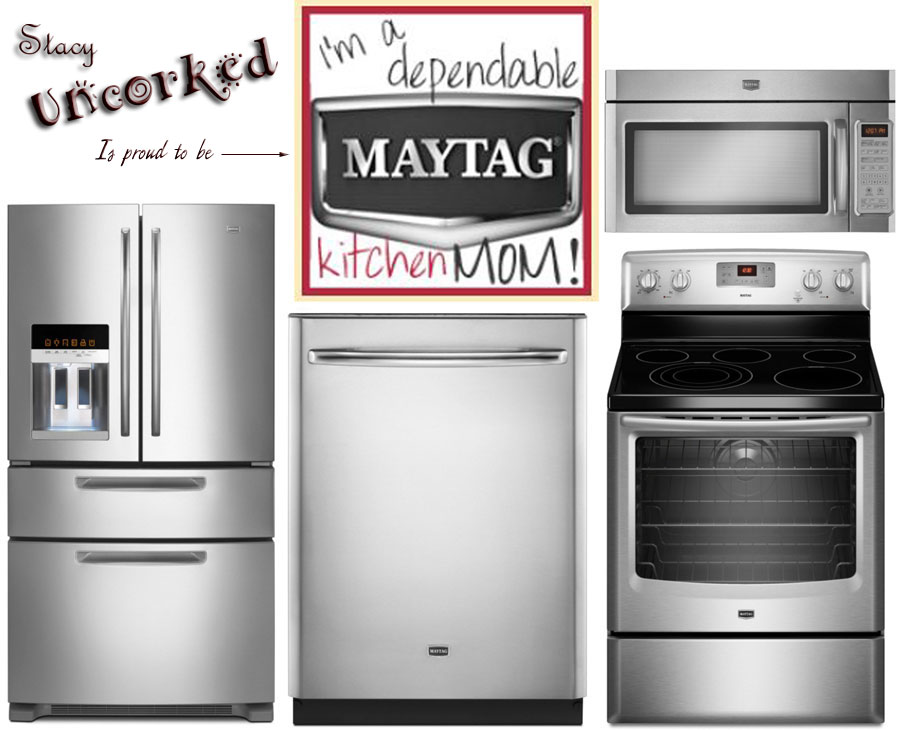 Nice, eh?  I’m such a lucky, lucky girl.  It’s going to make cooking in my not-so-cool kitchen so very, very cool.  We’re going to be busy getting ready for these bad boys to be delivered – an excellent motivator to do the mini-remodel we’ve been wanting to do for 9 years.  No time like the present, right?

What’s your favorite appliance in your kitchen?

I wrote this post participating in a Maytag Moms Dependable Kitchen Ambassador program by Mom Central Consulting on behalf of Maytag. I was provided with a Maytag kitchen appliances set, including a refrigerator, microwave, dishwasher, and range to facilitate my post. See my Disclosure Policy here.

8 thoughts on “Excitement Abounds – Thanks to Maytag! #MaytagMoms”