I’m a Spice Girl.  No, not that kind.  I love experimenting with different spices when I’m cooking anything – old recipes or new.  When I was growing up, my mom always had McCormick spices on hand.  Over the years they’ve come out with so many different spices to choose from – I’d say that 90% of my spice cupboard is McCormick spices.  Arranged alphabetically, of course.

Every year around this time of year I go through my spice cupboard and discard any spices that are old (something I didn’t used to do until I found out it’s really a good idea since they tend to lose their flavor – who wants to flavor their food with flecks of nothing?) and replace them with fresh new bottles.  That’s one of the reasons I’ve ended up with more McCormick spices than anything – when I purge and restock, I tend to find the spices I want or need under the McCormick label.

Did you know McCormick has an online Look Book where you can browse delicious looking and sounding recipes, complete with pictures?  I love looking through recipes to get inspired to make something when I’m lacking that inspiration on any particular day – I’m here to tell you that looking through this virtual book can be very addicting.

One of the recipes they have in their Look Book is similar to one I do every Christmas and Easter – the Golden Clove Glazed Ham.  In fact, I made it again just a couple of weeks ago for Easter.  Even though I’ve posted this recipe before, I’m posting it again because it’s just that good.  This time I specified which McCormick spices I used in the ingredients list: 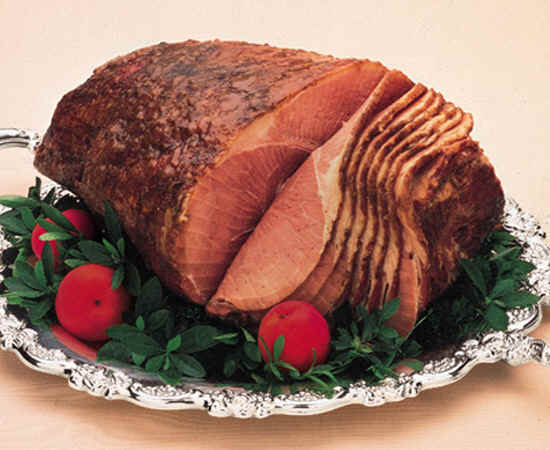 The leftovers for sandwiches (or reheated with leftover sides) are just as good as it is when it’s fresh out of the crock pot.  I don’t know why I only make it twice a year, I really should do it more often.

What recipes inspire you?  What’s in your spice cupboard?

I participated in a campaign on behalf of Mom Central Consulting for McCormick. I received product samples and a promotional item to thank me for participating. All opinions are mine and not influenced by outside sources. See my Disclosure Policy here.