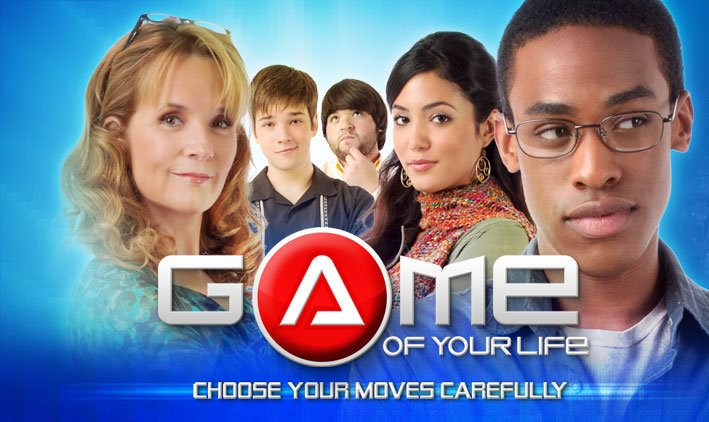 P&G and Wal*Mart have done it again – tomorrow night is the premiere for yet another installment of their Family Movie Night “Game of Your Life” (on NBC 8:00 ET, 7:00 CT).  Princess Nagger was tickled to see that Freddy from iCarly was one of the main stars in this new movie – pair that with her love of video games and she was just as enthralled with this movie as I was.

With familiar stars like Lea Thompson (Back to the Future), Titus Makin, Jr. (Glee) and Nathan Kress (iCarly) it’s definitely a can’t miss. 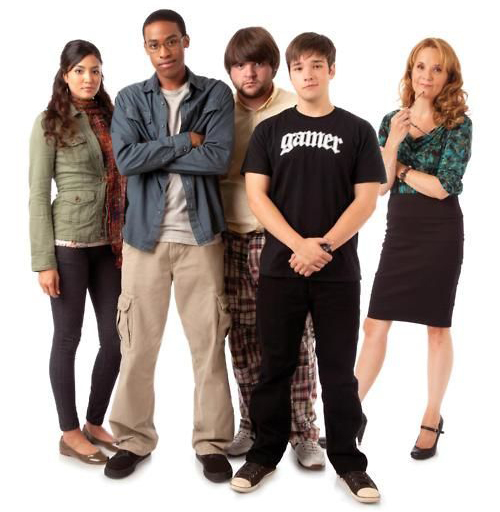 When industrious high school gamer Zach Taylor lands a prized scholarship to the prestigious Digital Institute of Game Design (DIGD), his future breaks wide open. The opportunity to study under gaming legend Marcus Bentton and alongside the country’s most creative minds will certainly propel him into a successful career as a video game designer. That is, if he can pass the infamous freshman project that eliminates more than half of the class within the first three months.

Paired with brilliant yet socially awkward teammates Phillip and Donald, the trio persuades Sara Ramirez – a determined and striking team leader with whom Zach has a history (and possibly a future) – to join their team. Working off-campus in the teched-out Lincoln Alley loft, the four set out to involve the entire campus in a quirky new social interactive game. But as the group becomes entrenched in the project, Zach learns that his father Billy, a widower, is facing growing financial woes at home. To help out, Zach accepts an opportunity to work directly with Marcus Bentton on a secretive side project that seems too good to be true. The effort requires nearly all of Zach’s time and energy, which he should be devoting to the project. Struggling to keep it together, Zach is torn between his responsibility to his team, his admiration for Bentton and a chance to help his father.

Everything comes to a breaking point when Zach’s team threatens to remove him from the group and the deceptive truth behind Bentton’s project comes to light. With the guidance of Professor Abbie Lambert, Zach must make a decision that not only affects his future, but the lives and livelihoods of the people around him as well. It’s a revealing story that recognizes the magnitude behind the choices we make and the importance loyalty plays in making good decisions.

Princess Nagger and I enjoyed the storyline and the characters – we were both grinning from ear-to-ear during the final scenes (and during scenes throughout the movie).  “Game of Your Life” is well-rounded and not only entertaining, but teaches lessons on loyalty, responsibility, teamwork, and universal trust.  Heartwarming is an understatement, and definitely a movie that everyone will enjoy.

What are your favorite Family Night movies?

Note: I wrote this post while participating in a campaign by Mom Central Consulting on behalf of P&G and received a promotional item to thank me for taking the time to participate. The opinions are my own and not influenced by outside sources. Disclosure policy here.

One thought on ““Game of Your Life” Premieres on Friday, December 2nd at 8pm ET / 7pm CT on NBC”