Did you all survive Christmas or Hanukkah?  We had a successful trip to Iowa, only hit snow in Virginia – and by hit, I mean it was flurry-ing like crazy, but not sticking on the ground, so I didn’t have to grip the steering wheel as tight as I would have.

It was interesting taking two cars, but not as bad as I thought since Princess Nagger is the perfect traveling companion.  Except when I wanted to point out something uber interesting – she was asleep during all the interesting stuff.  I’d find myself going “Oh look at….” only to look back and see she was out like a light.  The little fuddy duddy.

Little Dude did great riding with the hubby – he was the one who stayed awake the entire trip, chattering up a storm from the back seat.  He thought it was funny we brought the dogs with us, and had a great time playing with Travis in the backseat of Dada’s car, while Rolex resigned himself to becoming Princess Nagger’s pillow in my car.  Both dogs earned their keep.

We completely forgot to make our usual phone calls on Christmas day, both my sister and I had that realization simultaneously as we were getting ready to head out for a day at the Amana Colonies on Monday.  We’ll just have to make up for it on New Year.

Have you seen the trailers for the new movie The Adventures of TinTin?  My jaw about hit the floor when I saw they made a movie – it happens to be a favorite book series of us kids while growing up – in fact, we actually created a tape of our own voice-overs and sound track to accompany a book from the series called “Red Rackham’s Treasure”: 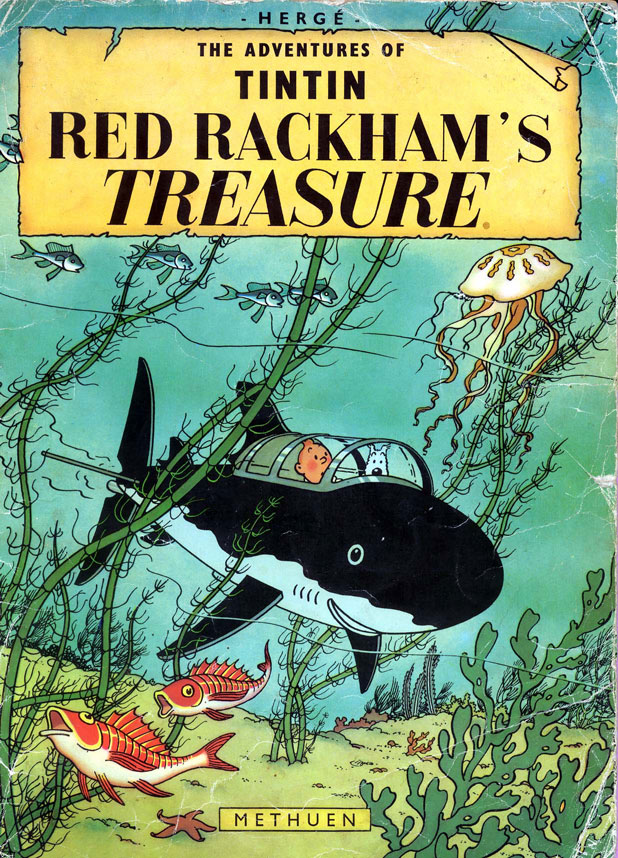 My sister was TinTin, my brother and sister (the twins) were Thompson and Thompson (the twins, naturally) and I was delegated with gruffing up my voice and being the voice of Captain Haddock.  I have to admit I thought it was quite fun to growl out funky phrases like “Thundering Typhoons” and “Billions of Blistering Blue Barnacles”.

I’m pretty sure that this small section took quite a few takes, because we were giggling so much (and probably going off script because we were having too much fun with it) (and when I say “we” I mean “I”, because I’m sure my sister was getting a little tired of having to hit the rewind button and start over again): 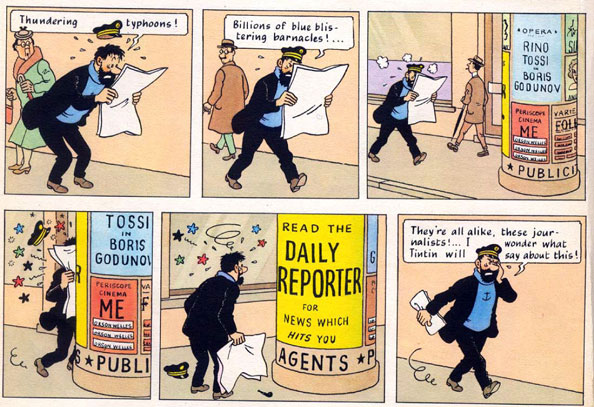 The one thing you could never accuse us kids of was not having vivid imaginations and lots of creativity.  The movie, based on the first book in the series created in 1929 was very well done.

Now I’m going to have to get out the books (or buy them if I can’t locate them in my attic) and read them again.  My sister is going to see if she can find the recording we did oh so long ago – if so, we’ll be converting it into MP3 format, and of course I’ll share it with you.  It would be fun to see how it sounds all these years later when we were just kids having fun.

That’s it for this week – hopefully you’re getting some quality time with the family for the lull between the holiday celebrations and the upcoming reverie for the New Year.

I’ll be a bit scarce this week, I’m vying for bandwidth/internet connection with my nephew who keeps hogging the internet with his new game he got for Christmas.  But that’s OK, it gives me some quality time spent with my sister and the kids without the glow of the computer screen illuminating my face for hours on end.

Next week I’ll be back in action after the hubby and I race each other home.   Wishing you a Happy and Safe New Year!  Thanks for keeping the Random Alive – Rebel on!

17 thoughts on “Christmas Survival, Forgotten Christmas Calls and the Adventures of TinTin”