Last week I mentioned that I was taking the kidlets to see Spy Kids 4 in 4D.  It was an overall success – the 4D, since many of you asked, is the smell portion – you get a scratch’n’sniff card when you buy the tickets, and when certain numbers pop up on the screen during different scenes, you scratch and sniff that specific number.

Except they forgot to give us the scratch’n’sniff cards.

Princess Nagger was disappointed, but like the champ she is, managed to enjoy the movie without it.  Though we did stop at the box office on the way out and ask about them, and she scored a small stack to take home with her.  She did regret experiencing some of the smells (like the fart smell and the barf smell), but was in heaven with the bacon one.

I didn’t sniff, thank you.

I was glad we had the entire movie theater to ourselves (rare event for sure) because while Little Dude was mostly good through the movie, he didn’t grasp the concept of not talking.  When there was still about 20 minutes of the movie left, he got up from his seat, waved towards the door, and started saying “I go now?  I go now?   I go now?”  Um, no.

Although, his tune changed when we left the theater and Princess Nagger was exclaiming how awesome the movie is, where he piped up “Me like it too!”

Speaking of the Little Dude, he was in rare form all day yesterday.  I’m sure it had something to do with him finding the 1/2 box of Milk Duds of Princess Nagger’s left over from the movie on Friday (that she had barricaded in the dining room with her laptop behind a child safety gate and a strategically placed [and open] Toy Story table umbrella so her personal stuff would be Dude-Free while she was at school), and sneakily eating them all.  It took Princess Nagger six days to polish off half the box – it took Little Dude 15 minutes to polish off the rest.

They were all globbed together in one giant Milk Dud since they had melted into each other from the heat.  It was an icky sticky mess to clean up since he drooled caramel and chocolate all over his face, hands, arms, and down the front of his clothes (and on the coffee table, on the floor, and on the couch).

During his extremely sugar-fueled hyper-active mode, he managed to decapitate one of my deer statues: 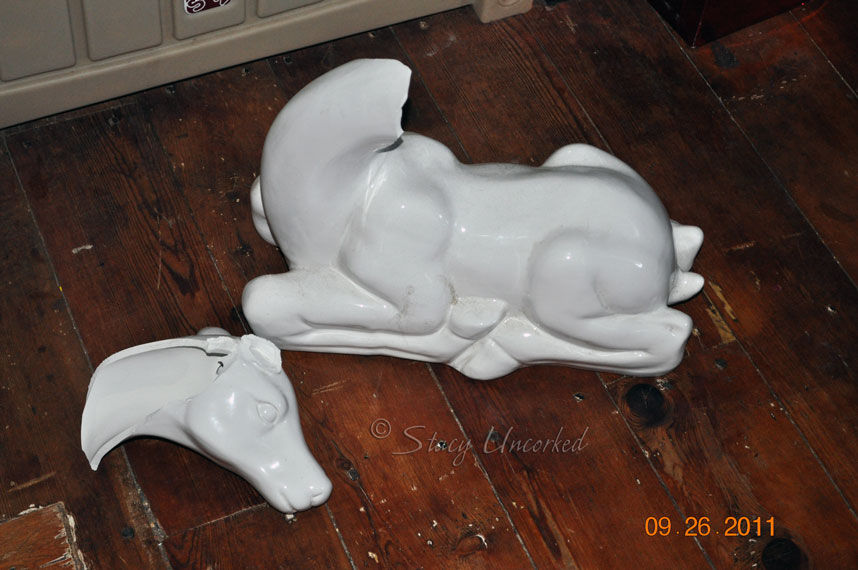 In my rush to clean up the broken shards of glass, scattered ears and antlers, I didn’t think to take a picture until after I lessened the impact of the destruction.  But you get the idea.  Here’s the survivor: 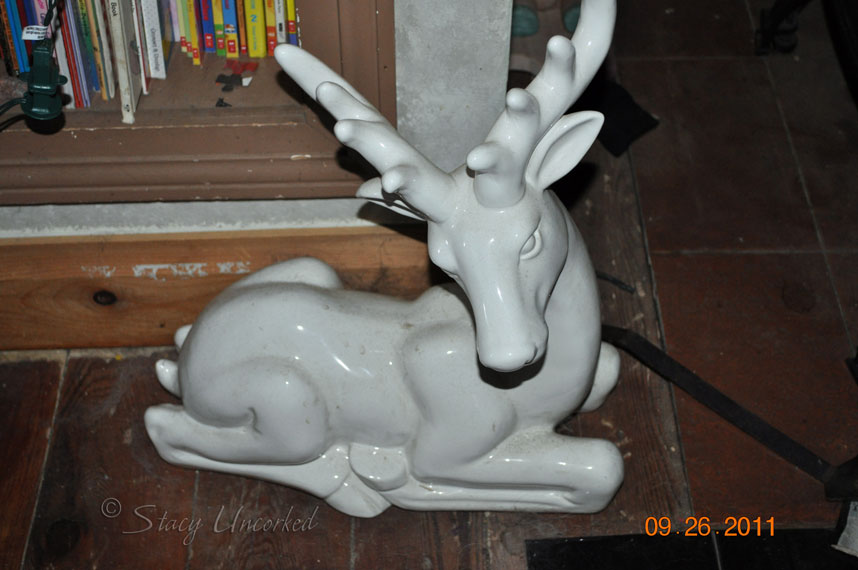 Sorry about the bad shots – I was monitoring a Time-Out while cleanup and picture taking ensued.  The only difference between the two was the odd angle the destroyed one’s head was in, looking backwards over his shoulder.  Hubby bought the pair for me just this past Christmas – they’re about 3-feet in diameter, so it wasn’t an easy feat to manage the decapitation.

Unless you’re in the middle of a sugar rush, of course.

I guess it served me right for deciding to step into the kitchen to clear the morning dishes.  Now I’ll have an excuse why they won’t be getting done in a timely manner in the future.

That’s all I can squeeze out of my non-sugar rush brain for today.  Link up and do the random thing – be sure to visit the fellow rebelers and see what’s rattling around in their random brains. Rebel on!

Joining in on Follow Me Back Tuesday
Hosted By:
Survey Junkie and Little Yaya’s 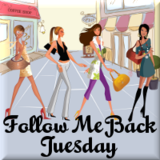 It’s hard to believe we’re already in the last week of July – where is the summer going??  Princess Nagger starts back to school just five weeks from tomorrow – only five weeks left of her summer break?  Hard to … Continue reading →