It’s still August, right?  I just need to double check because when Princess Nagger and I went to A.C. Moore over a week ago, we saw this: 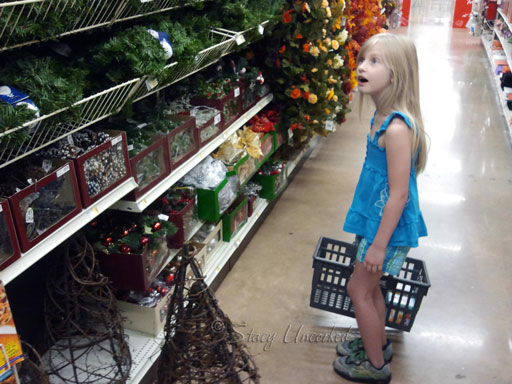 If you’re having trouble wondering what Princess Nagger is gawking at, it’s Christmas stuff.  In August.  Once upon a time, those that are they used to wait until the day after Thanksgiving before putting out the Christmas bling. Over the years, the holiday bling has crept up closer and closer to the summer months, but they still held off putting Christmas stuff out at least until October (still too early in my opinion) where they vied for attention with all the Halloween fare.  Poor Thanksgiving sort of got shoved into the background.  Now they have their fall and Halloween and Christmas stuff all out by the end of July?  I just don’t get it.

We finally have gotten a break from Mother Nature – our heat wave seems to have subsided for a few days, giving us a break from this: 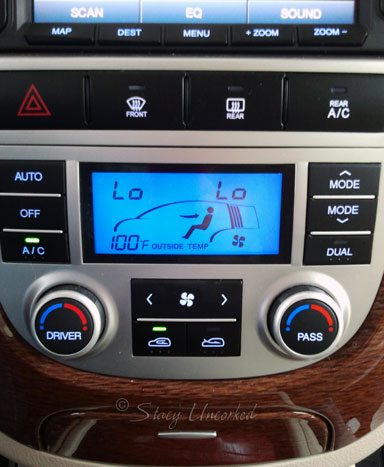 As long as I haven’t jinxed us by blogging about it, the ‘cooler’ temperatures (you know, in the humid upper 80’s) should stick around at least for the next week.

All right already,I know you’re just dying to find out what all the awesome unbloggable has been about, aren’t you?  Fine, I’ll fill you in, or at least let you know what it involves.  This little cutie patootie: 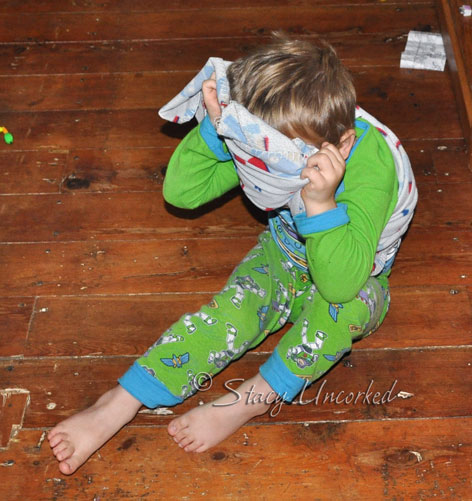 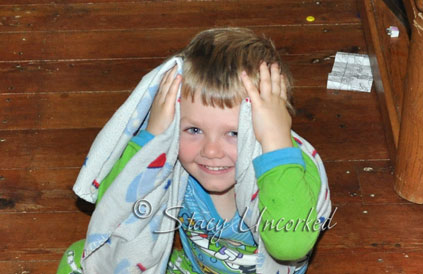 Isn’t he adorable?  He’s 3, and he’s here to stay.  From this moment on, we’ll be referring to him as the Little Dude.  He arrived on a giant airplane on Friday, so we’ve been having fun over the weekend adjusting to having a 3 year old in the house again.  Princess Nagger is loving the addition, though she’s already had ‘big sister’ eye rolling moments.  It’s only the beginning!

Now you know why the last few months I’ve been a bit scarce around the blogosphere, and might still be until we get regular schedules figured out (since I forgot that 3-year old’s tend to want your attention every 5 minutes, unlike the 8-year old who can’t see you disappear out of the room fast enough), but at least all the time-consuming work that went into bringing him here is done, and the dust will finally settle.  At some point I’ll be able to blog about the story behind the Little Dude, but for now just be prepared that you’ll be seeing him as a regular player in our household.  And of course I’ll have to be taking pictures to embarrass him when he gets old enough to date, so Princess Nagger won’t feel all alone in that regard.  Hang on – it’s going to be a wild ride!

That should be enough for this week, eh?  I’m still trying to get caught up visiting all my awesome regulars, be patient with me as I step into the time machine to climb that mountain of toddlerville again!  Feel free to be a rebel with me and get your random on! Join in the fun – link up and check out the other randomness going on today!

We’re still rebelling while Keely is still hiatus-ing, if you have a smorgasbord in your brain and want to let it out, c’mon and join in the fun! Rebel On!

35 thoughts on “Christmas in August, Heat Wave Relief, and Then There Were Four – RTT Rebel”