Princess Nagger doesn’t watch just any old cartoon.  Sure, she loves the ‘old school’ ones like Tom & Jerry and Road Runner, but her favorites are ones like Cyberchase and Code Lyoko.  Her all-time favorite, though, is Phineas and Ferb.  I asked her what she thought about Phineas and Ferb, and she responded:

“Um, hello!  It’s one of my favorite shows – Doofenshmirtz is so funny!”

After which she immediately went off to watch the episodes she has recorded on our DVR (yes, she paid attention and watched me work the remote, now the DVR has tons of her stuff recorded on it).  When I told Princess Nagger that Phineas and Ferb were debuting a new movie on Disney, she was ecstatic.  She even chortled when I read her this:

“’Phineas and Ferb’ is a super hit and we’re taking it to the next level with a movie in spectacular 2D. That’s right, no fancy 3D glasses here – just the adventure of a lifetime as Phineas and Ferb tackle a whole new dimension,” said Gary Marsh, president, Entertainment and chief creative officer, Disney Channels Worldwide. He added, “With the ‘Perry the Platy-bus On Tour’ and much more, we’re looking forward to answering the perennial question, ‘Where’s Perry?,’ and delighting fans driving on the highways and byways this summer.” 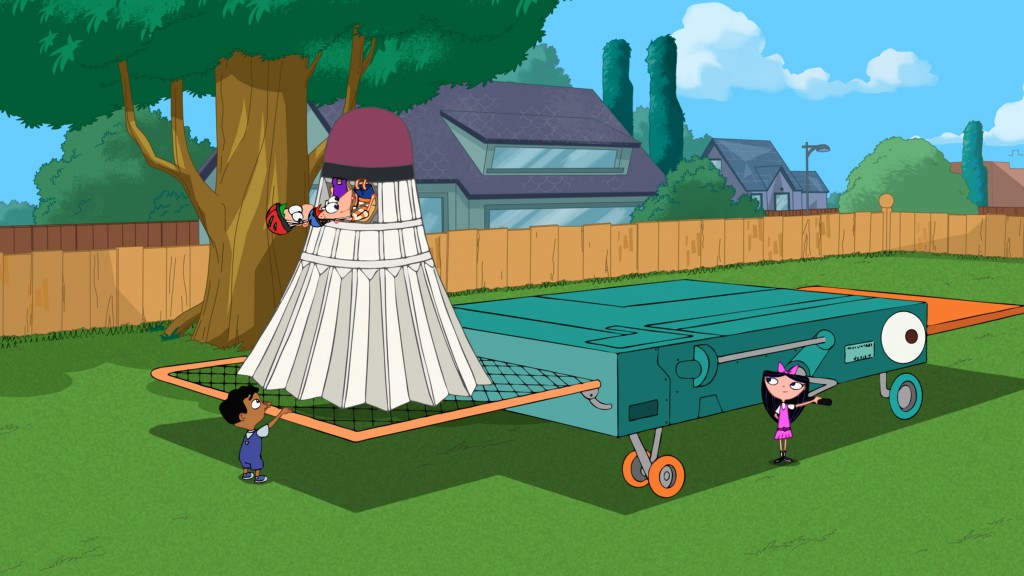 Phineas and Ferb is the animated series that follows two stepbrothers, Phineas Flynn and Ferb Fletcher, as they happily set out to conquer boredom and make every day of their 104-day summer vacation count. Throughout the escapades, they’re accompanied by Perry the Platypus , their seemingly mindless family pet, who unbeknownst to all, has a double life as suave secret Agent P, deftly battling the evil Dr. Doofenshmirtz to save the world.  Meanwhile older sister Candace is aghast at her brothers’ bold antics and makes it her life’s work to tattle on them to Mom and Dad, though somehow she can never seem to catch the boys red-handed.

The Disney Channel Original Movie, Phineas and Ferb:  Across the 2nd Dimension is premiering FRIDAY, AUGUST 5 on Disney Channel, SATURDAY, AUGUST 13 on Disney XD and SATURDAY, AUGUST 20 on ABC Television Network. The soundtrack “Phineas and Ferb: Across a 1st and 2nd Dimensions” from Walt Disney Records will be available Tuesday, Aug 2 and a two-disc “Ultimate Fan Pack” including a DVD, digital duplicate of a movie, 8 digital song tracks, 8 deleted scenes, a reward part with impression and filmmaker explanation and more, will be accessible Tuesday, Aug 23.   Princess Nagger cannot wait – and quite frankly, neither can I. 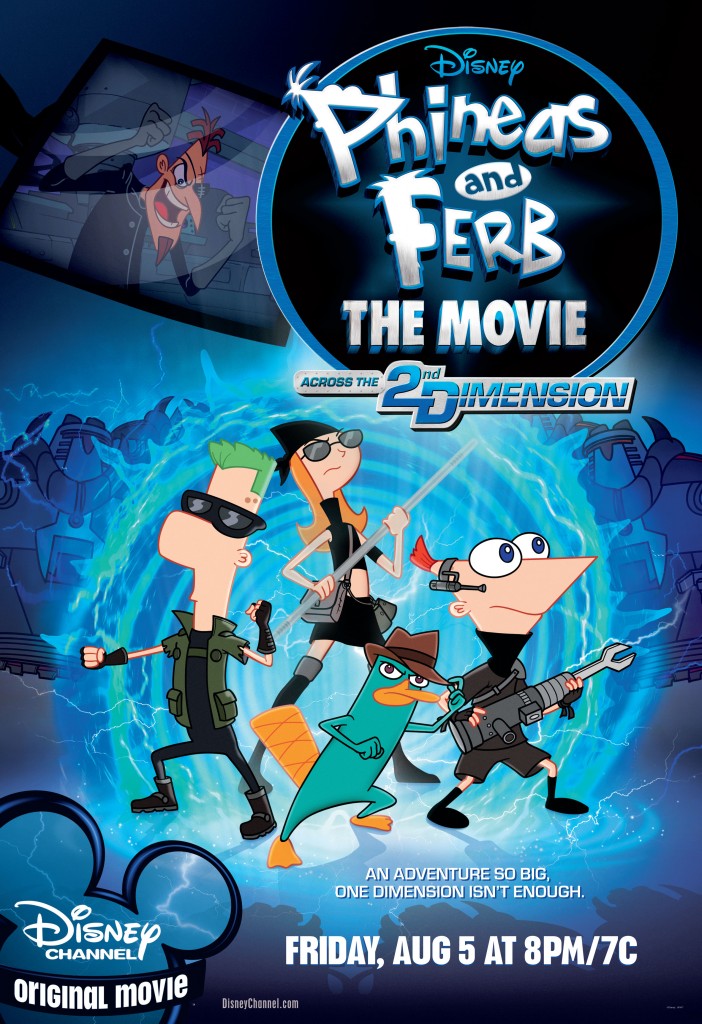 In addition to the movie premiere, the fun is going to last all summer – yesterday Disney launched “Perry the Platy-bus On Tour” featuring a 27-foot long customized rounded aluminum Airstream trailer outfitted stem-to-stem as Phineas and Ferb’s teal colored pet.  Perry the Platy-bus Tour is traveling coast-to-coast (from New York all the way to San Diego for Comic-Con International), stopping at various points along the way where fans can come aboard, play video games and sing Perry-oke and more.

Princess Nagger was disappointed that the bus bypassed our neck of the woods here in PA – and was doubly bummed that their next stop is Cleveland, OH – she said “We were just in Ohio 3 days ago!  We should have stayed and hitched a ride!!”  You can track the Platy-bus Tour here – I haven’t found a specific schedule yet, but at least you can see updates as they travel and maybe you’ll get lucky and see the bus in your area.

Are you or your kids looking forward to the Phineas and Ferb Movie Premier on the Disney Channel?

A big thank you to The Disney Channel for providing Princess Nagger with some awesome Phineas and Ferb loot which not only made her a happy camper, but now I get to listen to her singing along to the soundtrack.  The opinions are of my own personal experience (and valuable input from Princess Nagger) and not influenced by any outside source.   Disclosure policy here.

7 thoughts on “Phineas and Ferb: Across the 2nd Dimension Coming to The Disney Channel”