Growing up, we’ve always had dogs.  We had some awesome dogs, like our St. Bernard named Hobo, who let our little cockapoo Cocoa chase him around the backyard.  He also was a great pillow when I was reading a book outside in our backyard – though focusing on the pages was a challenge when he’d be panting and my head would be bobbing up and down.

When I met my hubby, I had the most amazing Wheaten Terrier named Elvis.  He was the best dog ever.  We still had him when Princess Nagger arrived on the scene, and he was her constant companion/guard dog.  Always hanging around: 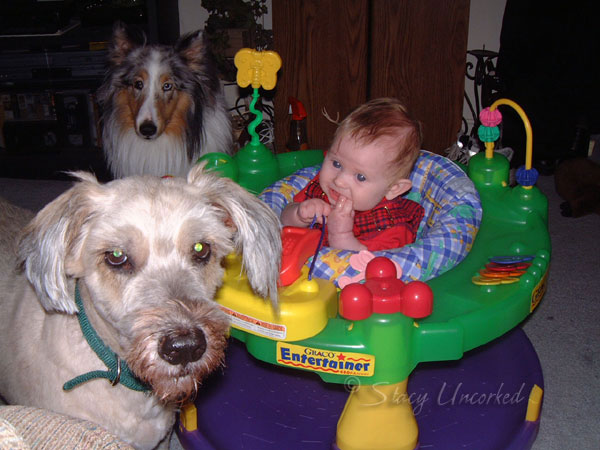 Elvis in the forefront, T-Man in the background with Princess Nagger - both dogs have since crossed over the Rainbow Bridge. 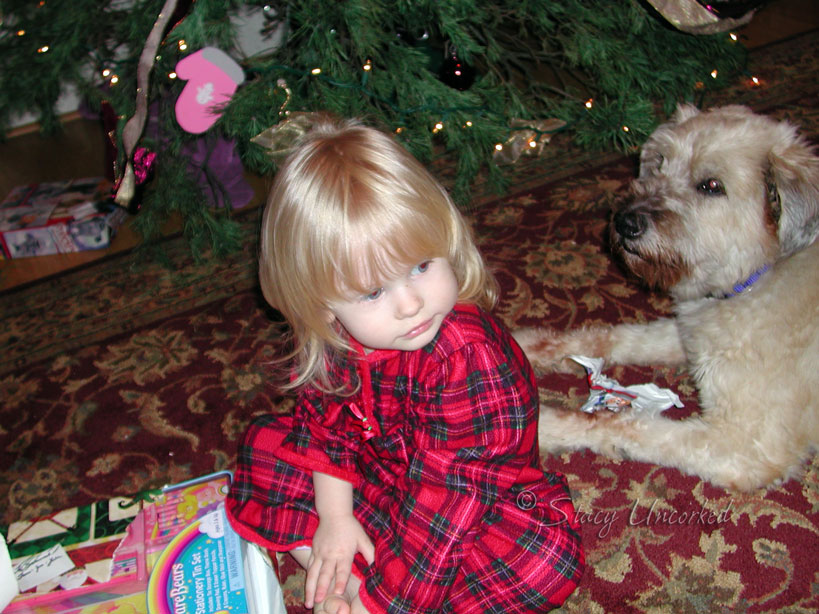 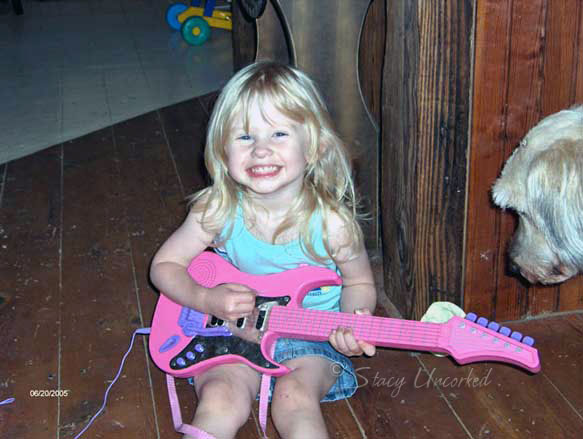 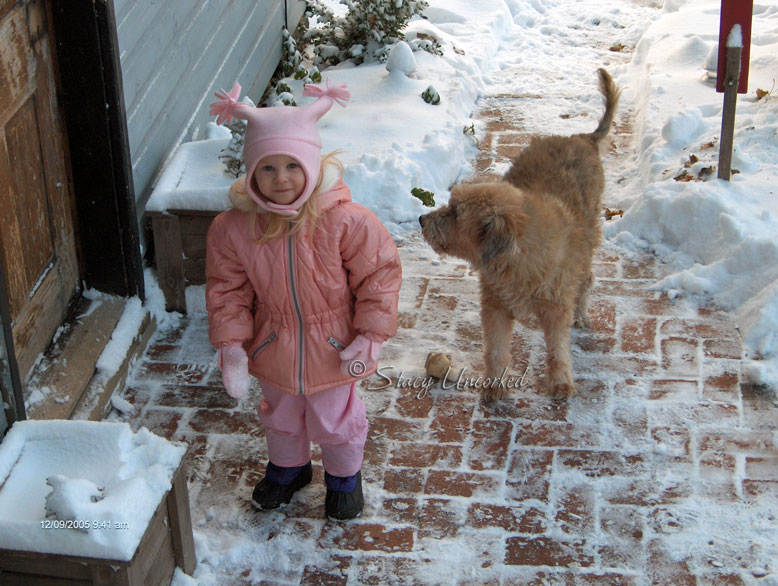 When we visited with friends, she loved hanging out with their dogs, too (no matter what their size): 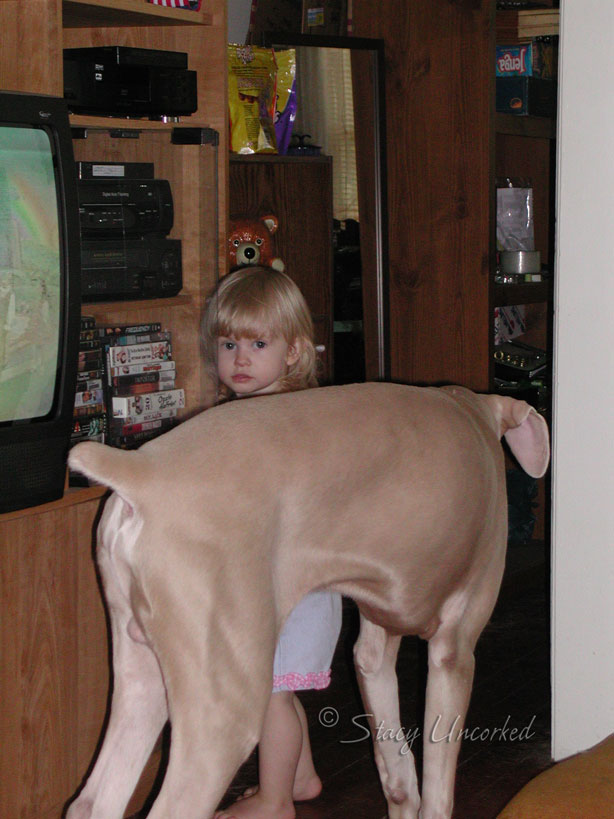 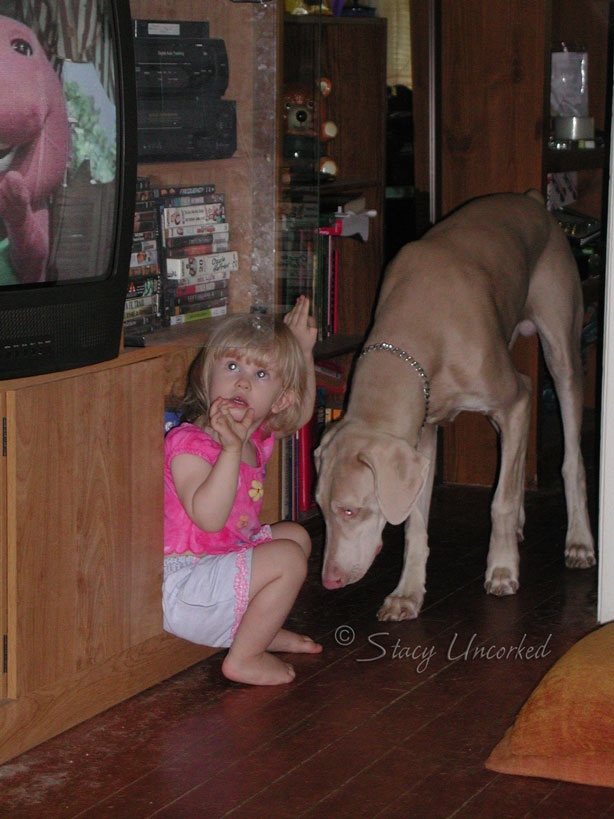 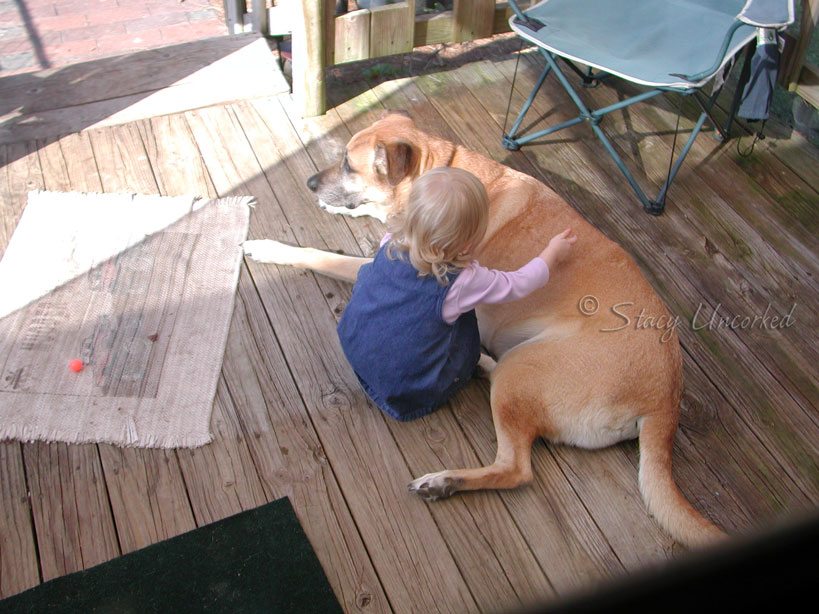 She even loved pretending to be a dog, playing in the dog crate we had as we contemplated getting a new puppy: 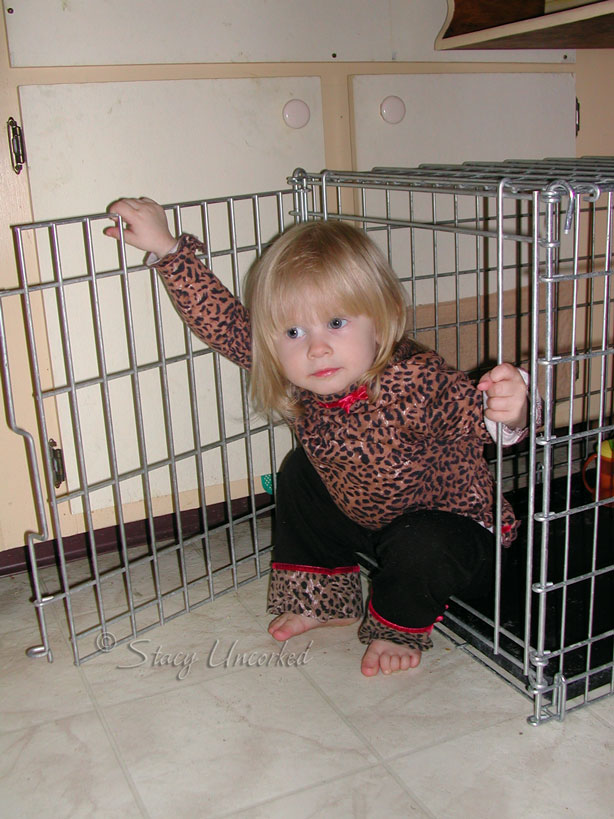 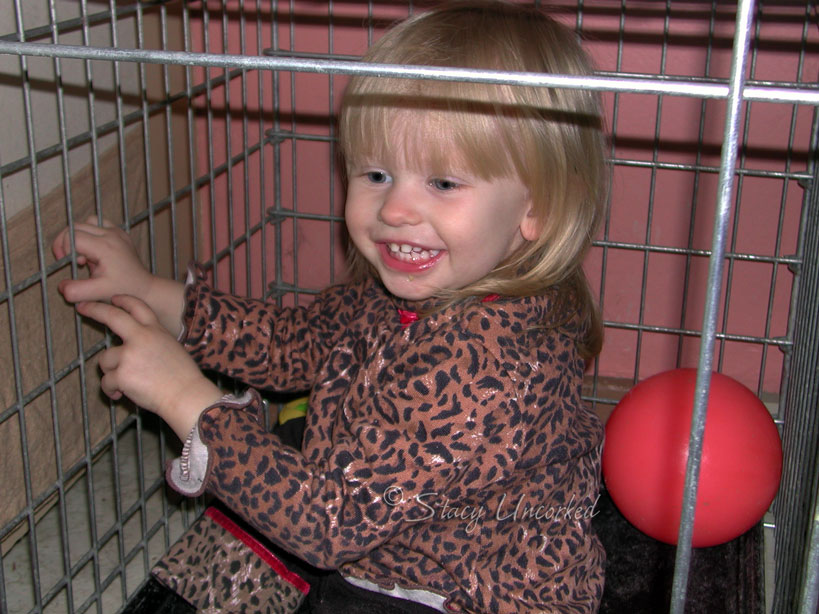 Five years later, a repeat performance as we dusted off the doggie crate anticipating getting a new puppy for sure this time: 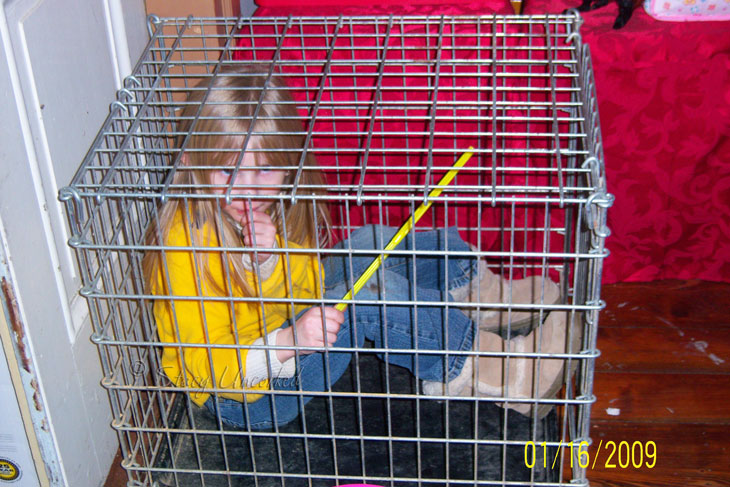 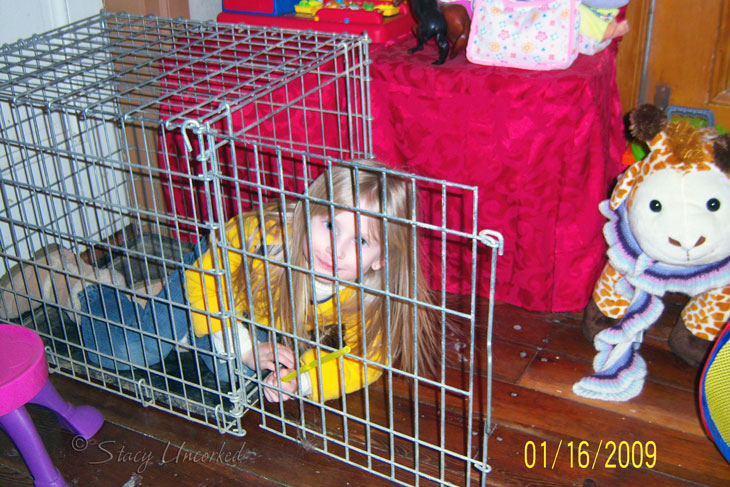 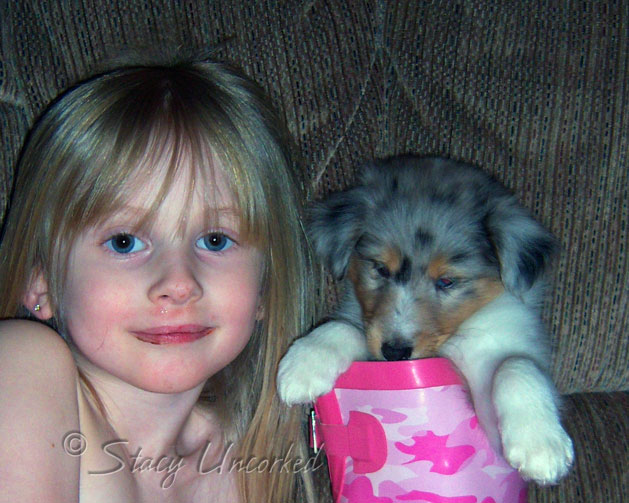 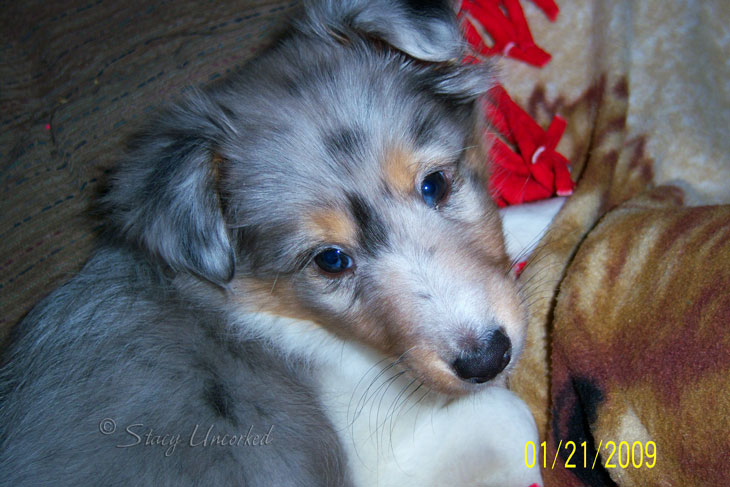 Sleeping puppies are almost as adorable as sleeping babies: 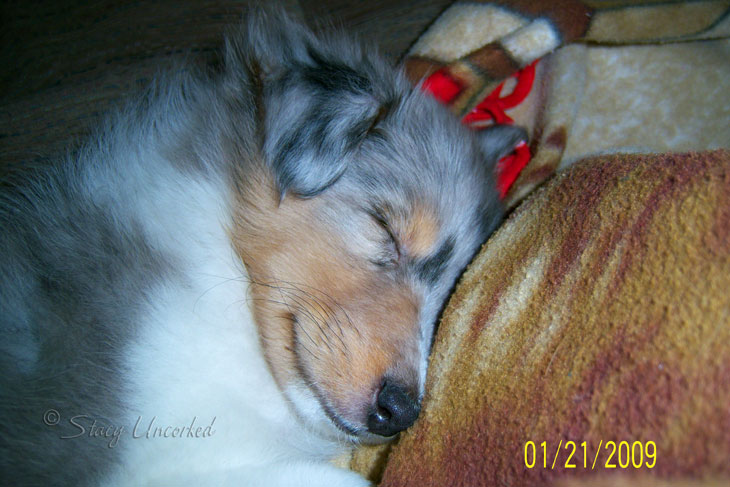 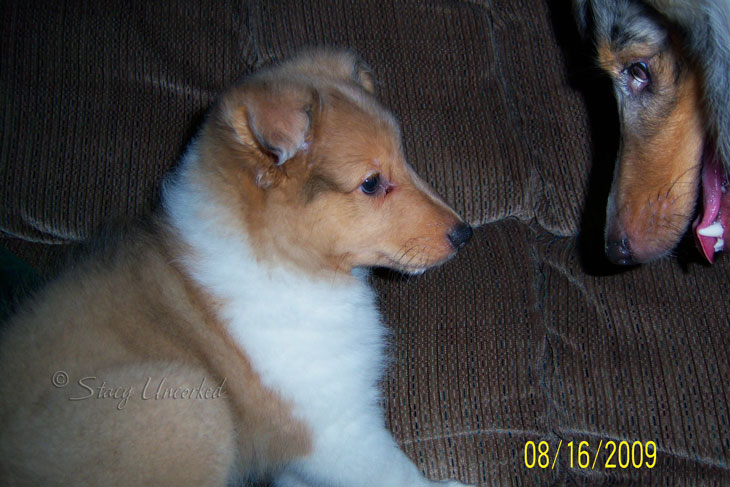 Then there were Two 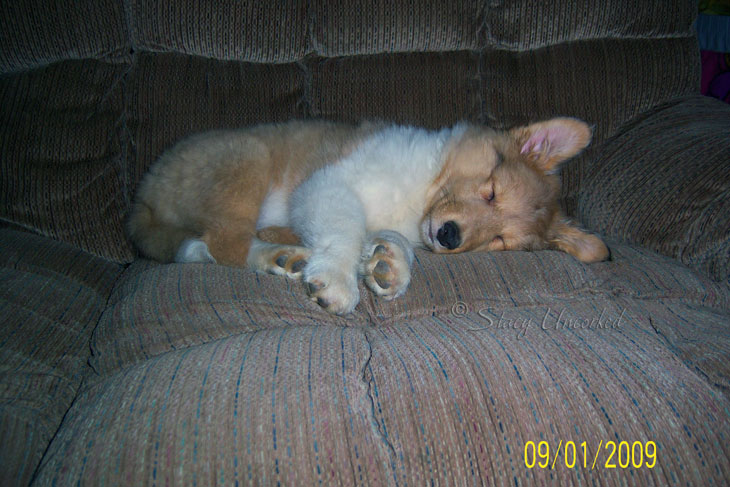 They’re mischievous and dorky – and get dirty: 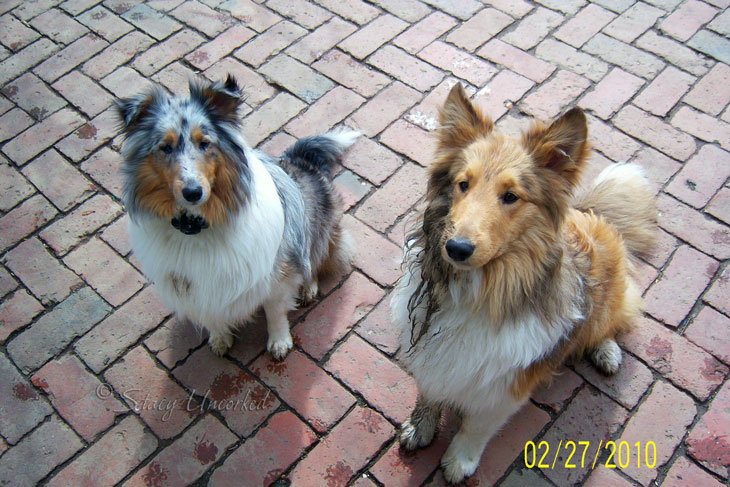 They follow Princess Nagger everywhere (probably waiting for her to drop food), and keep an eye on her when she’s playing out in the backyard.  She loves to involve them in many of her made-up games (pretending she’s a dinosaur, naturally) and has them chase her around the house and outside (which is even more effective when she carries a treat for them).  They’re her best friends (of the four-legged variety): 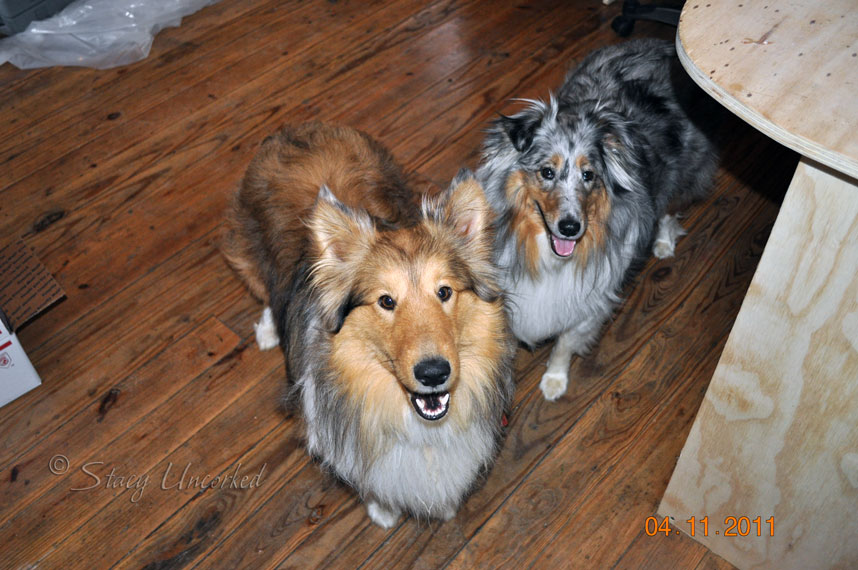 Of course after I got this post all written, she spoke up and said 220;You know, I think I’m a cat person.”  Sorry, the cats are going to just have to wait their turn, since I’m borrowing Michele’s blog name “It’s a Dog’s Life221; for this post.   Five minutes later she grabbed a couple of treats and commenced having the dogs chase her around the living room, through the dining room and kitchen in circles.  The cats went into hiding, of course.  Do you have furry critters in your house?

This Fuzzy Spin Cycle was brought to you in part by Jen, who as Sprite’s Keeper probably will have some hilarious puppy dog tale to induce some giggles. Stop by and check out the other Spinners – this week’s fun writing prompt is Puppies and Unicorns, feel free to join in the fun – especially if you have pictures of a unicorn, because Princess nagger would love to see that (and so would I).