Now that Princess Nagger has made it into the Gifted Program at her school, she’s starting to look forward to going to school each day instead of lamenting that she’ll miss me too much.  Ironically, when she says she’ll miss me too much, I offer to Home School her, which results in even more (and louder) vocal protests.  Go figure.  At any rate, the Gifted Program is doing an Archeological project that is totally right up her ally.  Sure, they won’t be digging for dinosaurs, but they’ll be digging for artifacts – and next week they get to go on their first field trip to an Iron Ore Mine.

Payless Shoes, you’ve failed me.  I found these on their website online: 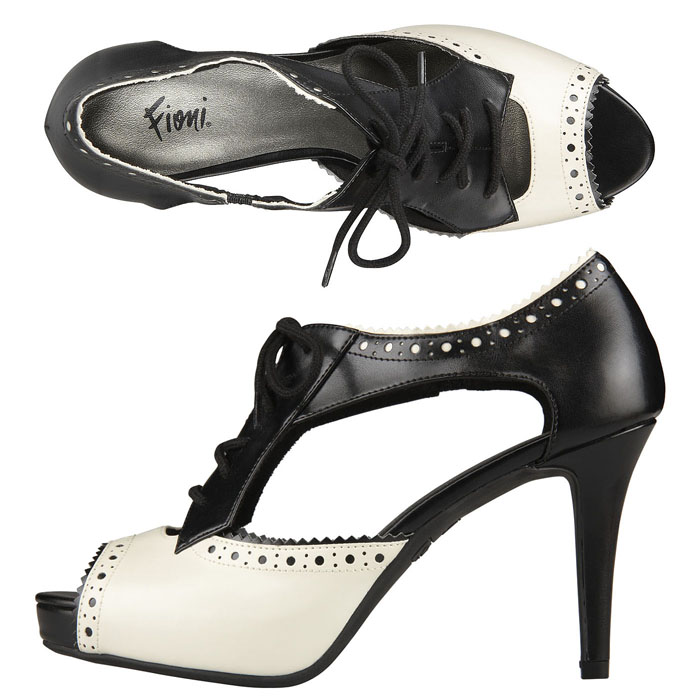 And really wanted to buy them so I could wear them to Bloggy Bootcamp over the weekend.  The reviews online raved about how comfortable they are – cute, sexy and comfortable, I’m sold!  But when I made the mad dash on Friday to the actual Payless Store, they had nothing.  Absolutely nothing that would even compare to these.  Their on-hand stock of shoes was pitiful – it’s almost as if they’ve given up having cute and/or sexy shoes in their brick-and-mortar store.  Of course that’s probably just because I’m in Small Town America – the gal that was working in the store looked at me like I was an alien when I described them to her, and said maybe they’d be in stock in a New York store.  I had to be disappointed with a bland pair of comfortable-until-the-blisters-showed-up shoes from Target instead.  The selection of footwear in this area is sadly limited.  Of course if I had been a little more on the ball, the shoes I actually ordered from Shiekh Shoes online should have been here before the weekend, but they’ll be delivered today instead.  Murphy’s Law strikes again.

Speaking of shoes, has anyone else experienced a larger foot/shoe size after pregnancy?  I had been regaled with stories from my friends who had babies long before I did that they always went up a 1/2 size after pregnancy, including my older sister.  I love shoes, and have way too many stashed in my closet.  After Princess Nagger arrived, I found that my foot size expanded by half a size.  Which turned my vast shoe collection into nothing I could wear comfortably.  I’ve been slowly replacing my precious shoes one pair at a time.  Darn that extra half-size!

I bought Princess Nagger a pair of Velociraptor shoes – she loves them, and they match her Velociraptor backpack and lunchbox I got her for school.

Yes, they light up, and yes, they have the dinosaur footprint on the bottom.  Pretty cool!  Sadly, she’s been teased about them being boys shoes while on the playground at school.  I told her to tell whoever it is that girls like dinosaurs too, and just walk away.  The next time she wore those shoes, she told me that same kid teased her again, so she told them that girls like dinosaurs too and ran away.   The kid hasn’t teased her since.

I’m in the throes of making more wine and getting ready to bottle other wine – I’ve been taking pictures, but haven’t downloaded them off my camera yet.  In fact, I haven’t downloaded pictures in about a week, so I’ll have to play catch-up soon and inundate you with them at a later time.  For now, I’m going to keep this week’s RTT shorter than ‘normal’ so I’m not putting y’all to sleep.

I’m betting that Keely won’t put you to sleep – she’s always entertaining and definitely not boring.