This past weekend we went over to a friend’s house to help celebrate his daughter’s 2nd birthday.  She started crying when everyone sang Happy Birthday to her, and seemed less than thrilled about having a pretty pink cake with two flaming candles held before her: 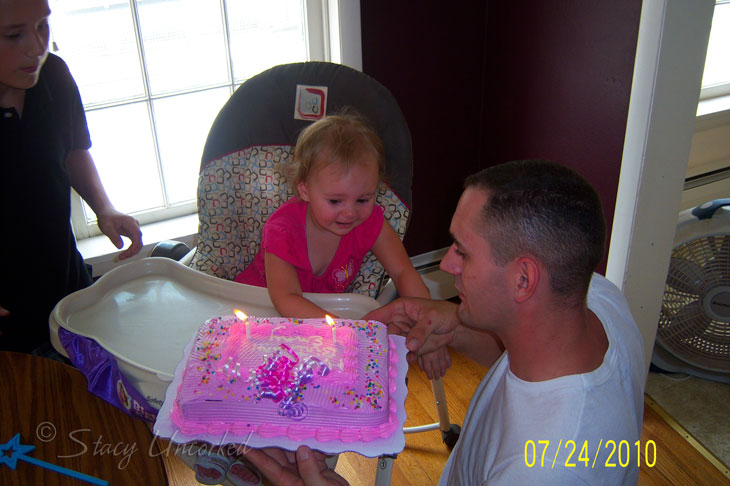 Her big brother and her daddy tried to explain about blowing out the candles, but she was having none of it: 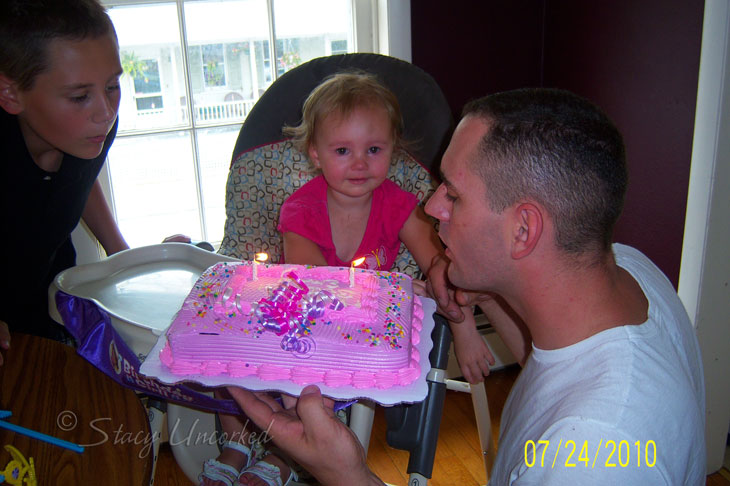 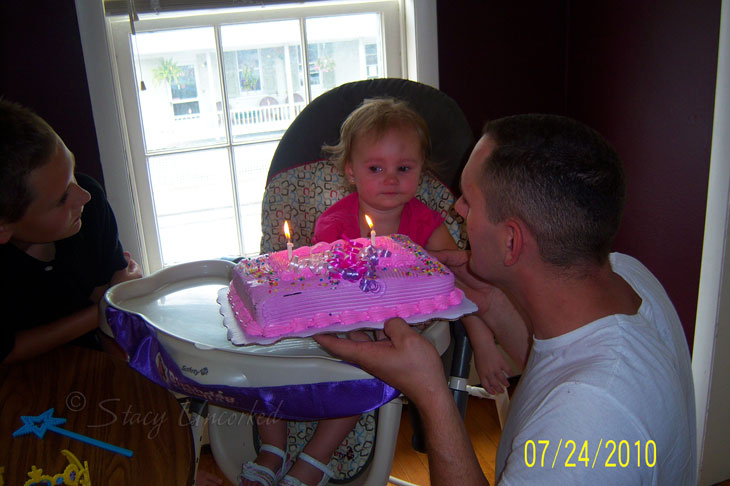 All was right with the world again when she was eating cake: 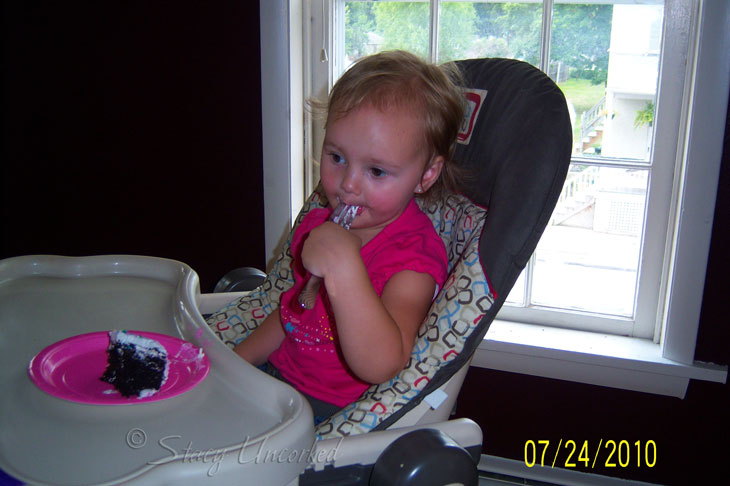 The big kids – including Princess Nagger – had fun playing with the birthday girl’s new toys after they were unwrapped: 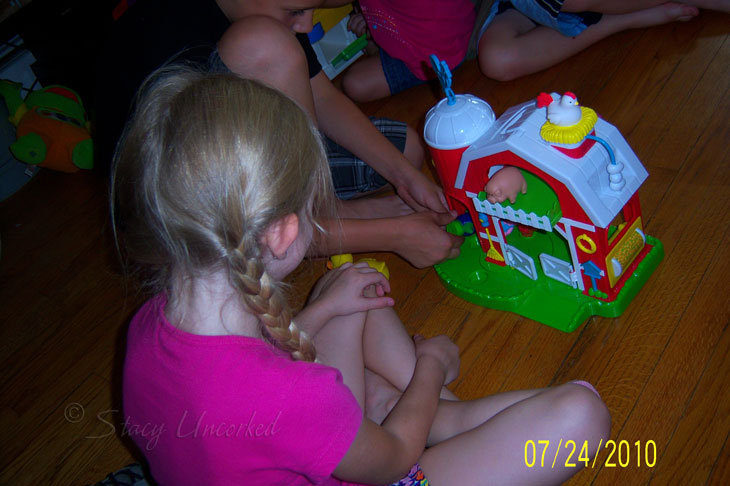 Even the birthday girl’s big brother had fun playing with some of her new toys: 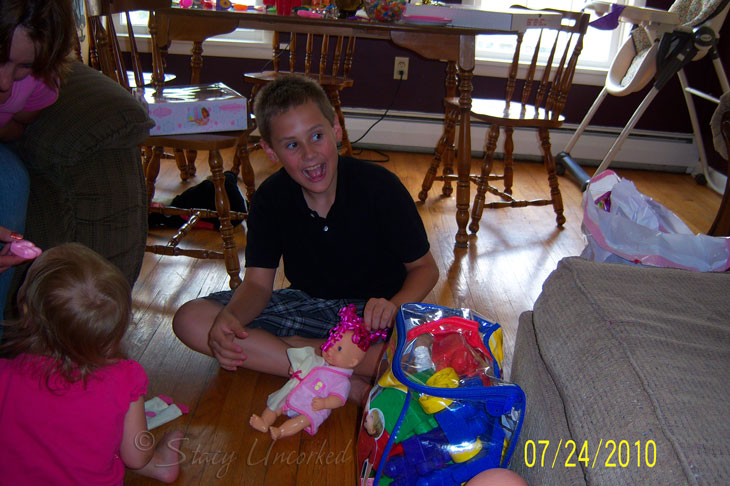 The most popular toy gift that made the rounds (with both kids and adults alike) was the froggy learning piano: 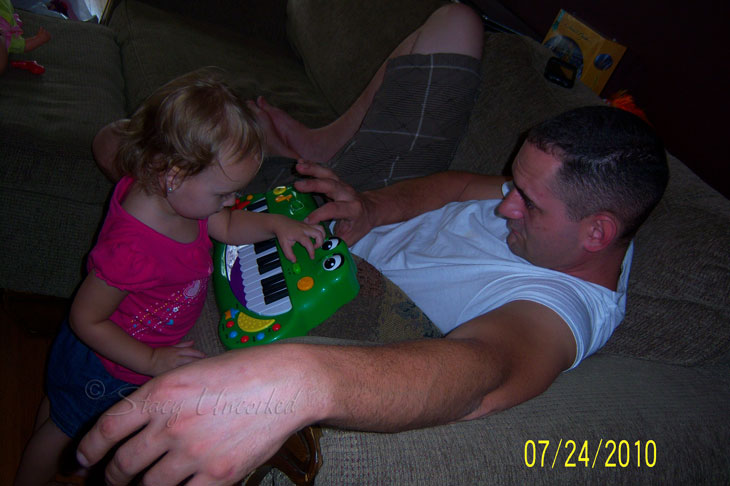 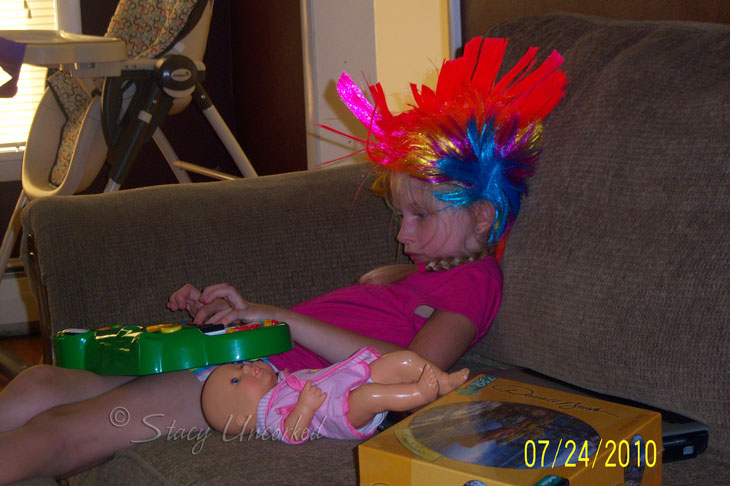 Princess Nagger was getting annoying goofy while she and her future husband (the birthday girl’s other older brother) were working on composing music together: 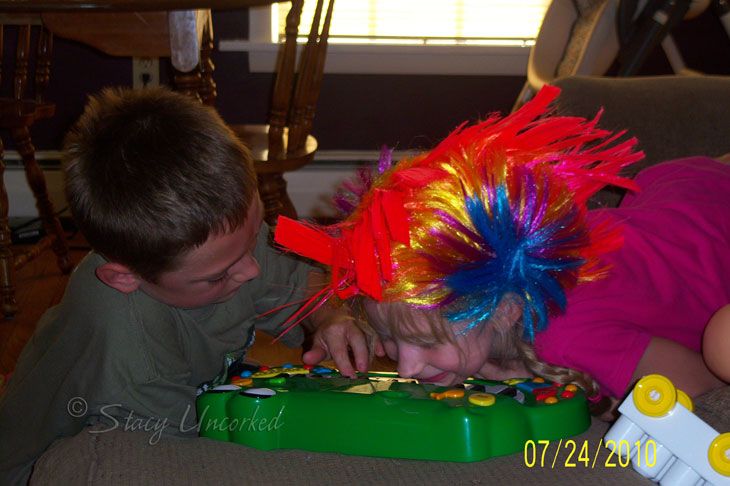 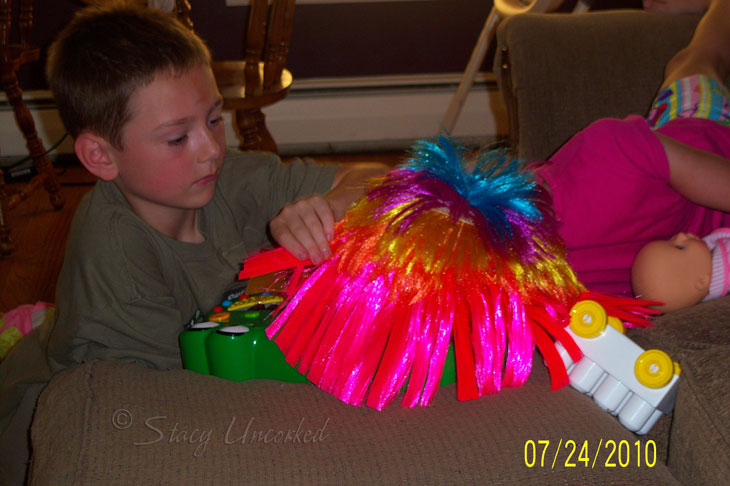 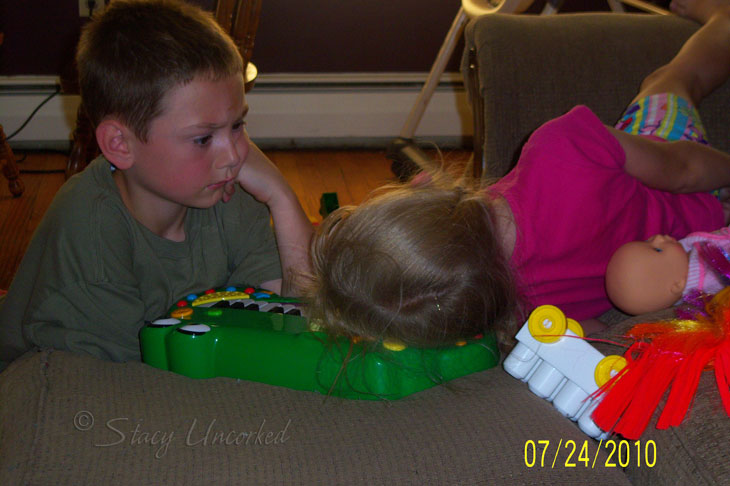 The future Mr. and Mrs. Bubba: 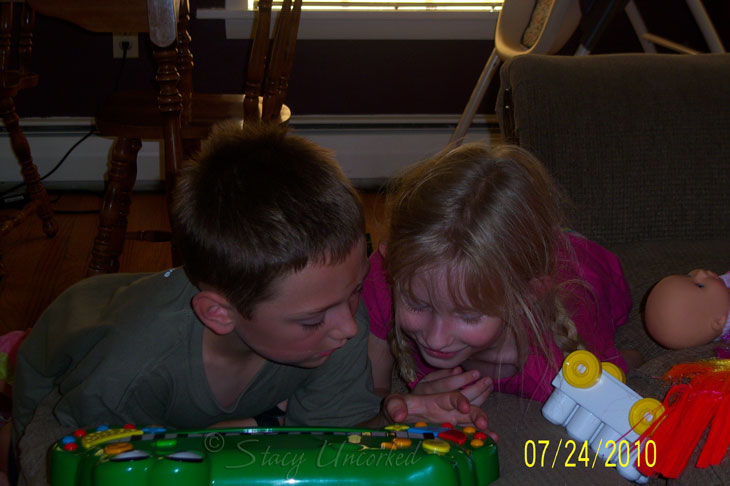 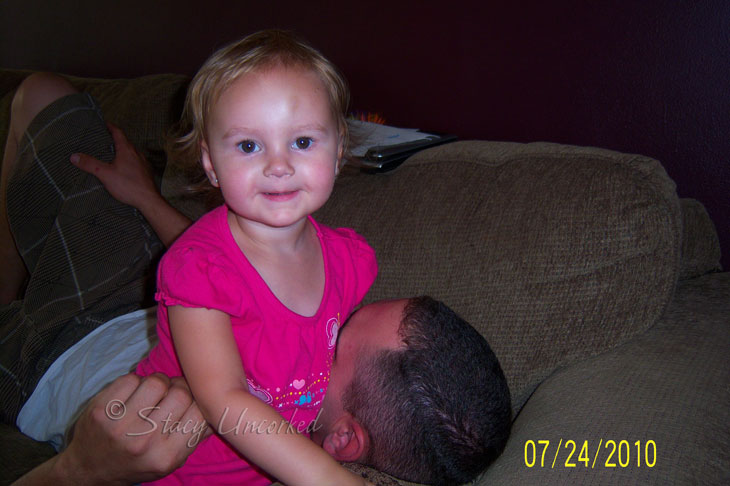