Friday night started off fairly uneventful, we had finished dinner and were sitting in the living room watching the DVR’d episode of Royal Pains from the night before when I noticed flashing lights through the living room windows.  We assumed that someone had been pulled over for speeding, as they are wont to do along our stretch of road, particularly the high school kids that think it’s the perfect straightaway to floor it.  When we decided to check out front to see what was going on, we saw this: 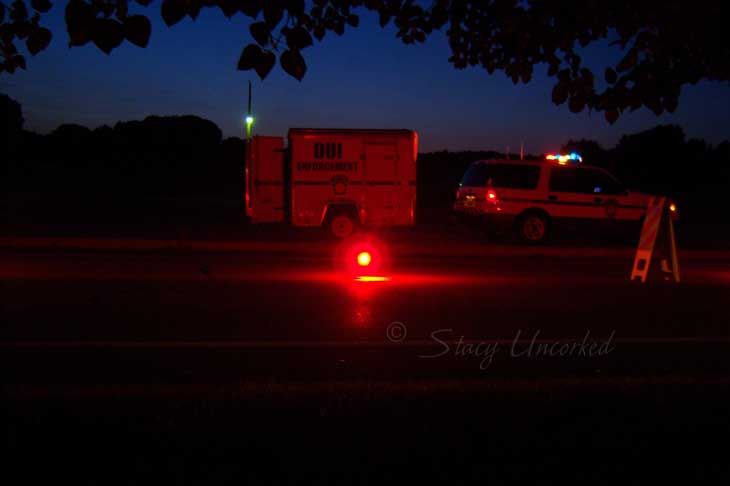 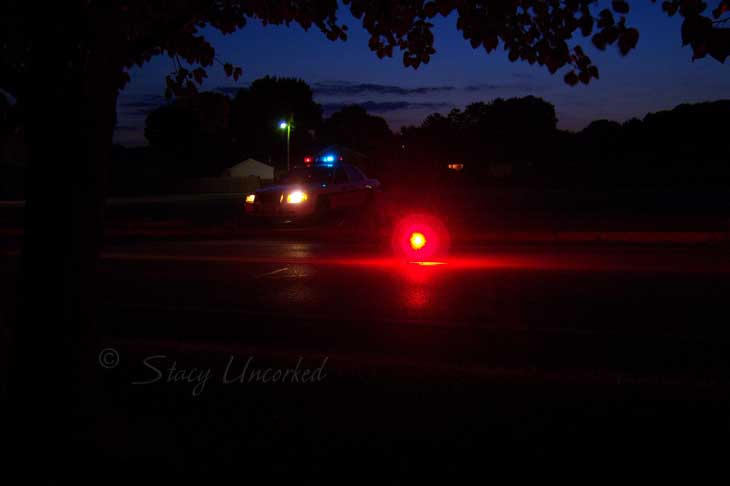 A DUI checkpoint right out front.   I know, you’re jealous of the flashing police lights and the bright glare of the flares.  Of course we decided to go sit out on the front porch and watch the shenanigans.  The neighbors on one side of us came over and were telling us how they had one set up last year around this time (probably when we were on vacation), and stayed out there until Midnight or 2 a.m.  They joked about bringing over beer so we could have a mini party on the front porch.  We didn’t, but we did hang around and watch people get questioned: 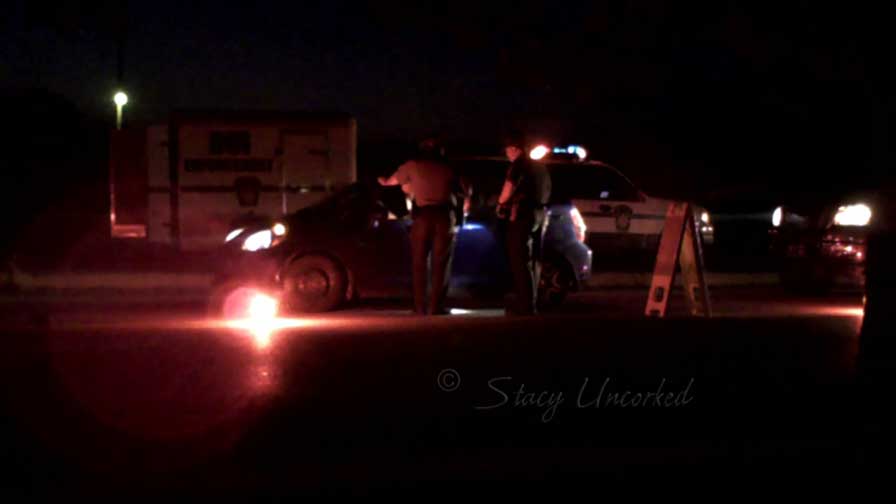 Since it’s Summertime (and actually today is the first day of Summer!) Princess Nagger has a later bedtime, so we were the Lookyloo Family watching cars get stopped randomly.  There was one driver who was – for lack of a better word, an idiot – who tried to drive through way too fast.  Right past one of the cops.  Who was close enough to smack the guy’s car with his hand.  Which made him hit the brakes and stop, because it sounded like he hit the guy.   That led to quite the backup of cars behind him while the cop chastised the guy for being an idiot before letting him continue on – slowly.

The funniest part was when they did decide to pack up their flares and sandwich boards and move to a quieter location, one of the policeman loudly announced:

Bet you didn’t think Small Town had an entertainment factor, did you?