Most of us have a love/hate relationship with our washing machines.   Or laundry in general.  Probably more ‘hate’ than ‘love’ most of the time.  I’m sure there are some people out there that love doing laundry (and if you’re one of them, wouldn’t you like to volunteer to do mine?  Pretty please?).

Right now I’m on the down cycle on my washer – it’s sort of on the fritz.  It started making a horrible banging sound during the spin cycle, so I alerted hubby who said he’d look at it.  Two weeks ago. I let the laundry pile up, but then couldn’t take it anymore, so I went ahead and polished off the loads.

I also did some research online and found that it might be the belt wearing out, or the bearings going bad, or, worst case, the drum needing to be replaced.  But we won’t know unless we remove the 16 screws from the back panel and have a look inside.  Sounds fairly simple, right?

Let’s go back in time a bit…

We weren’t thinking ahead when we did our remodel project and had the ingenious idea of putting the washer and dryer in the second floor bathroom – you know, so it’d be closer to where the clothes actually go (not that they end up where they belong in a timely manner).  We got rid of the fugly vanity and medicine cabinet and simplified with a pedestal sink, then cut a hole in the upstairs bathroom wall and put the washer/dryer in so they’re flush against the wall like so: 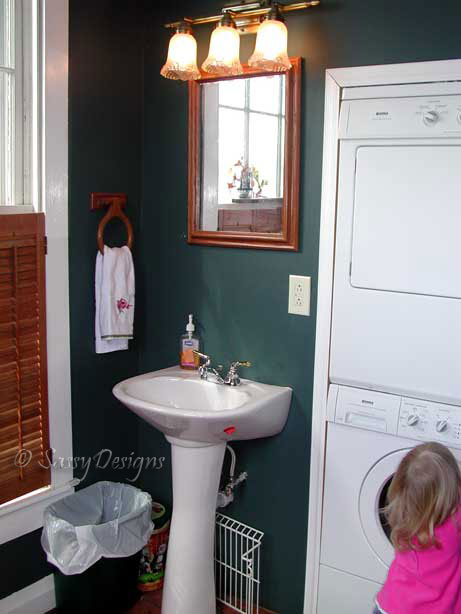 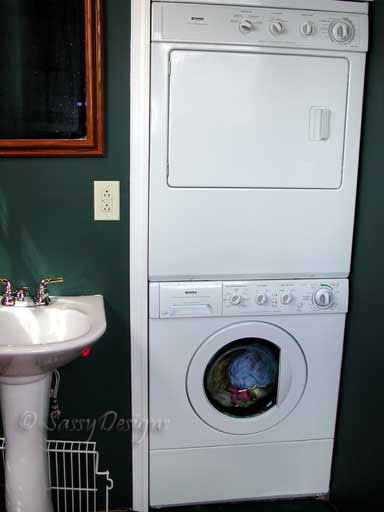 Brilliant thinking, no?  Saves space which made the upstairs bathroom feel much more roomy.  The back of the washer and dryer are taking up some unused space in the closet of the guest room, which is on the other side of that wall.  Perfect!

I got tired of waiting for hubby to take a look at the washer, so I decided to charge up my own drill and get to work on those 16 screws. 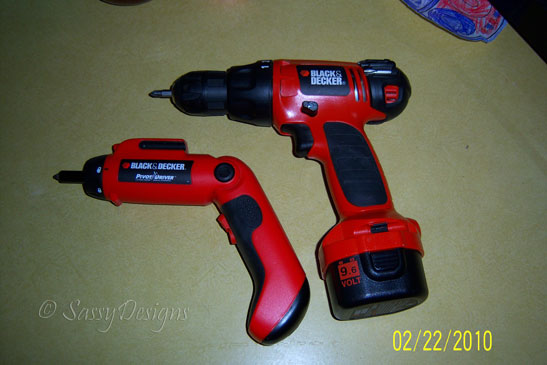 And discovered that the back of the dryer is technically blocked by the closet door and wall in the guest room. 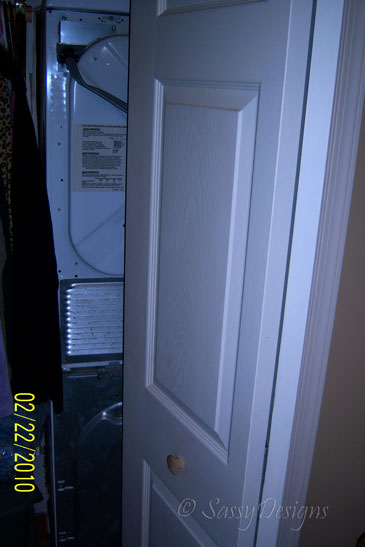 Sure, there’s about a 6-inch clearance from the back of the washer to the wall that holds the door.  And the outlet that was added specifically for the washer?  At the front of that little cubbyhole of space to the right of the washer and dryer, around the back corner way up high.

‘Way up high’ being a relative term for someone who is 6 inches shorter than the person that wired it.  I had to strain and sort of yank the chord out of the plug in order to follow the directions I found online for removing the back panel.  As the plug came free from the socket, I sort of snickered to myself thinking “Yeah, good luck to the sucker getting that plugged back in!”  Only realizing later that I’ll be the ‘sucker’ getting it plugged back in.

I unhooked and unfolded the folding door to get a little more clearance, then got to work on removing the screws.  But could only access 10 of them.  The other six are on the blocked side that both my drills are too bulky to fit into. 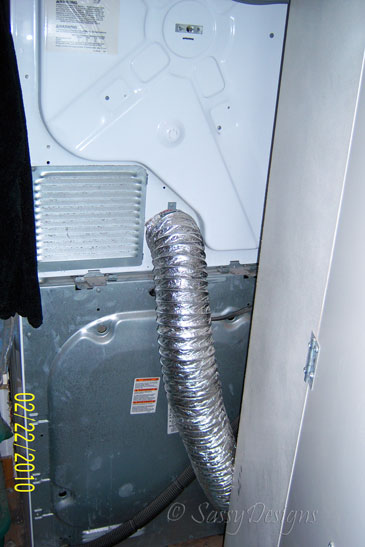 So I did what any sane person would do, I put those 10 screws back in, borrowed Princess Nagger’s step stool from the bathroom to achieve an extra 6-inches in height to get the washer plugged back in.  Then I loaded up the washer with a final load of clothes and made sure to close the bathroom door so I wouldn’t have to listen to the horrendous banging during the spin cycle and called it a day.

I’ll revisit this challenge again – once I do a little more research about the water hose and the hot/cold water lines on the back of the washer that potentially might inhibit the removal of the panel.

And maybe after I’ve had a glass several glasses a bottle of wine.

Hello Tuesday! Today continues the extreme heat here in the Pacific Northwest (I know, hard to fathom it’s not raining). Saturday saw temps over 100 degrees, yesterday’s high hit 109 with the ‘feels like’ temperature of 120-something degrees. Today’s high … Continue reading →

24 thoughts on “Laundry Can Be Complicated – Given the Right Circumstances”