As I was going through all my files to back everything up before I do a clean sweep on my limping-along laptop, I ran across this photo of Princess Nagger from 2008: 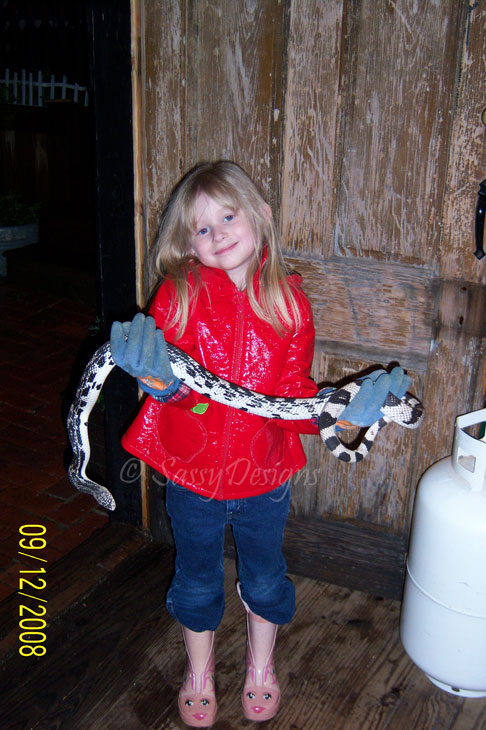 Yes, that’s a real live snake, and yes, she’s wearing a pair of my gardening gloves for ‘protection’.

Hubby has always been a ‘snake keeper’ – when he was growing up, he used to have a pet Blue Indigo (Drymarchon corais erebennus, also known as ‘Texas Indigo’).  They’re an endangered species, and the largest non-venomous snake in North America.   When we first met, he had recently purchased a new baby Blue Indigo since his original one was long gone.  He stays away from all venomous ones, and only likes to raise snakes from the King, Corn, and Pine families.

Over the years he’s bought baby snakes, raised them into adulthood then sold them to fellow snake aficionado’s.   He even made the great sacrifice of selling his precious Blue Indigo when we were getting ready to buy our house seven years ago, just so we could add that extra money to our down payment to reduce our monthly mortgage.

I’m not a fan of snakes – but over the years have learned what are ‘good’ snakes and what are ‘bad’ snakes.  Princess Nagger has shown great interest in the pet snakes hubby has had over the years, and asked for her very own pet snake.  Which is what you see in the picture above.  A Pine snake, very mellow and tame, he traded several other snakes in order to obtain that one for the Princess Nagger.

Of course, as usual for kids, Princess Nagger’s interest waned as she focused strictly on Dinosaurs, so the Pine snake was sold at some point and there were no complaints from PN (or me) when that took place.  The snakes are (thankfully) not kept in the house, but in aquariums and plastic shoe boxes (with holes drilled, of course) in the Summer House.  Out of my line of sight.

Good thing there are no real live dinosaurs left.  We’d be nagged to get one for a pet.  Specifically a Pteranodon, Princess Nagger’s favorite. 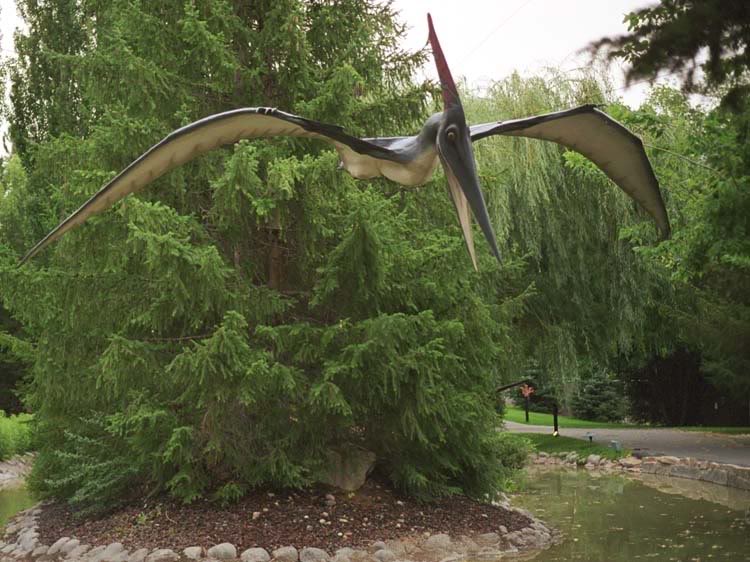 Quick Note: If you’re reading this is in IE7 or earlier, you won’t be able to leave a comment – I’m still trying to find out why…meanwhile, if you insist on using IE as your browser of choice, upgrading to IE8 resolves the issue and comments can be left.  Or you can jump on the bandwagon of Firefox, Safari or Google Chrome and have way less headaches… 😉

39 thoughts on “Wordless/Wordful Wednesday – If You Hate Snakes, You Probably Don’t Want to Check Out This Post…But You’ll Miss Out!”