Is it Friday already?  It’s been a long week, but at the same time it feels like it flew by extra fast.  Luckily  Mrs. 4444’s is the doctor in the house for all the scattered fragments you have no idea what to do with.  Throw them in a post and call her in the morning.  Well, maybe you shouldn’t call her in the morning… at least not too early, since it’s Saturday and all.  I’m sure she’d appreciate a little sleeping in time.  Just be sure you don’t drunk-dial her if you’re out partying with the VGNO tonight.  I’m just sayin’.

I’ve been a bit scarce as I’ve been searching and hunting and searching some more for the magic code to fix my feeds so people know that I’m actually over here jumping up and down and waving wildly to let y’all know that I actually have been posting.  Not like what Google Reader shows as my most recent post being last Saturday.  I’ve been lost in cyberspace.  Literally.

I’m hoping I might have found the ‘fix’ yesterday – but I’m not holding my breath.  While I think the color blue is a lovely color, I don’t think I’d like my face would look all that great in a blue color.   Although it might be a nice change of pace from the red-faced frustration I’ve had this week.

I apparently had the magic code at one point – my feed suddenly started working Saturday morning.  Of course that was after I killed my blog on accident the night before, when I was trying to catch up on blog reading and wanted very much to play along with the VGNO.  But my blog was dead.  For several hours.  I didn’t think reenacting its death to see if it jump-started my feeds was a very good idea.  Although I was tempted several times this week, as I was feeling a bit murderous.

Meanwhile, if you have/had me on Google Reader, and if the last update shows my post from last Saturday – please unsubscribe and re-subscribe.  I tested that mode out yesterday, and that brought in the newest posts to my Google Reader.  I’ll let you know if it adds this post after it goes live.  But I’m not staying up until midnight to find out.

Speaking of frustrating technology – if you’re minding your own business and reading this blog on Internet Explorer 7 or 6 or something even more ancient – thank you for your dedication.  But while you’ll be able to read with no trouble (well, unless you need your eyes checked, but that’s not IE…this time), you won’t be able to comment.

Along with trying to find out the why/how/what/who/dammit issues with the broken feed, I’ve also be searching out if there’s some sort of secret code that can be added to the behind the scenes code of my blog to ‘fix’ IE created issues in order to enable you to leave comments and not simply skulk or sulk.  Unfortunately the IE Fairy is playing those cards close to his/her vest and not letting me figure out the next move.

But if you’re feeling adventurous and insist on using Internet Explorer, if you upgrade to version 8, the comment error blockage is resolved automatically.  No special code needed.  Or, if you’re feeling extra adventurous, you could switch over to Firefox or Google Chrome or Safari – where you not only eliminate the security issues that IE is rife with, but you won’t have problems commenting on blogs in general.  C’mon, cross over to the other side – I double dog dare you!

Speaking of computer and security issues…well, more computer than security…I wanted to verify that you could leave comments on my blog with an updated IE browser.  I had IE7 installed simply for checking websites that I design and master, since so many people really do insist on using that as their browser-of-choice.  Since my laptop is running on Vista (gasp! I know!) I had to turn off the Windows Automatic Updates completely, because they were randomly installing updates for crap that I don’t have or utilize on my computer – which would then would lead to the Blue Screen of Death.

I hate the Blue Screen of Death.  Not only does it suck and take forever to reboot to get back to where you were before, but if you were working on anything that you didn’t save, *poof!* it’s gone.  So, my little rabid IE user friends – if you still want to use IE and decide to upgrade to IE8, be wary of the secret and multitudes of Windows Updates that will get installed involuntarily with your upgrade.  Of course, if you’re one of the fanatical ones that lets the updates happen on a regular basis, and you don’t experience the BSOD (because your computer is probably way better than mine and you aren’t running Vista on it) you should be fine.

Me?  Not so much.  After I upgraded to IE8 and tried to go merrily along my way by not opening IE unless I had to (and only to verify that you could indeed leave comments where you couldn’t in IE7), not only did I get to experience the phenomenon known as the Blue Screen of Death, but it happened three times within two days!  Three times too many.

So I decided to perform a System Restore and get it back to where it was before I did the upgrade and wipe out the involuntary Windows upgrade I didn’t need or want, either.

No problem, back to working order.

I had purchased/downloaded a game from PlayFirst – it’s a great place to try out games for an hour to see if you get totally sucked in and hooked actually like the game before you buy it.  I had downloaded a game for Princess Nagger, but hadn’t moved it to her computer yet (because she was being belligerent about getting her homework done in a timely manner, so she didn’t get to play any computer games).  When I did the System Restore, the game inadvertently got uninstalled.

No problem, I’ll just go to my account and utilize the download button in the ‘purchase history’ section.  Except when I click on that download button, I get a screen saying the game is ‘No Longer Available’.  The very same day I decided to restore my computer, they were entering into a partnership with BigFish Games.  The game I had downloaded was now over at BFG – but my code key from purchasing at PF couldn’t be input anywhere.  I’m still waiting to hear back from PlayFirst to find out what my options are.

Since I’m not keen on the ‘hurry up and wait mode’ and their contact form states it may take 5-7 business days to receive a reply, I decided to un-restore the restore.  That worked, the game was back, so I moved the pertinent files to an auxiliary drive, then unplugged the drive so it wouldn’t be included in the re-restore process.  Now, if any of you have had to perform a System Restore on your computers, you know it takes forever.  It wasn’t until my computer had finally rebooted itself that I noticed I hadn’t restored it back to the beginning of the week.  I had re-restored it back to earlier the same morning, you know, yesterday.  Instead of before the IE8 upgrade.

I think I need a break from my computer.  Or serious professional help.

I did finally do a correct System Re-Restore-Restore back to before the IE8 upgrade with the hidden multitudes of Windows Updates that were causing the BSOD).  I’d breath a sigh of relief, but I don’t think I’ll be doing that until my feeds are functioning again.  At least I was able to retrieve the game I purchased for Princess Nagger, so when she’s done with her homework, she’ll get to actually play it.

Speaking of Princess Nagger, she still hasn’t lost those two loose teeth yet.  Remember she had hoped to lose them over Christmas so the Tooth Fairy and Santa could hang out together?  Didn’t happen.  She’s still refusing to let me yank them out, and I’m a little worried about the bottom one, because the big tooth is growing in quickly behind it instead of forcing it out and taking its place.  I guess when we go in to see the dentist next month for a teeth cleaning, we’ll see what she says.  Unless I surprise her and yank it out unexpectedly. 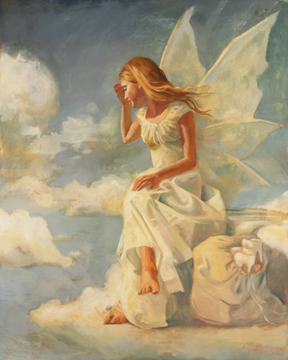 PN:  “Well, I love dinosaurs, and she always puts dinosaur stickers on my papers, so I’m pretty sure she loves dinosaurs, too.”

Me:  “Maybe she puts dinosaur stickers on your papers because she knows you love dinosaurs.”

PN:  “No, I really think we have that in common.  She loves dinosaurs just like I do.  She’s even having me read a dinosaur book for homework.”