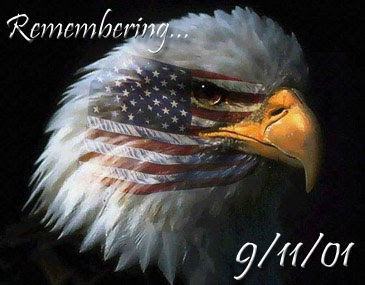 Pausing to remember those who lost their lives or loved ones on this day eight years ago. We will never forget.

Now back to our regularly scheduled program…

Is it Friday already? What happened to this week? Besides major chaos, of course… My brain is fried, I’m PMS-ing this week, so I was having trouble thinking about what to post today. I didn’t want to not post anything, you know, because that’s just not like me. But I also don’t want to post nonsense because you might need the sleep, but I’d rather be an entertainment factor, not a snooze factor.

Luckily the prettiest teacher I know, Mrs. 4444‘s (if I could roll my tongue it would sound something like this: “Mrs. Fourrrrrrs”…you heard that, right?) from Half Past Kissin’ Time and the multi-talented Sara from Ordinary and Awesome have made life easy for those of us with Fried Brains. Grab your frying pan and join in the cookout of fragments…nom nom nom!

So let’s find out what’s been going on with me this week. As you know I’ve hit the one-year anniversary of my blog. The year has flown by and I’m just kind of in surreal mode with how much fun I’ve been having. Especially lately. Because I’m finally coming out of my carefully constructed shell and being more myself. You’re welcome. And thank you.
******************************
Monday I finally had a chance to try a wine filter that I’ve had for a couple of years (but couldn’t use it last year because I needed one more ‘wide mouthed’ carboy). I was so looking forward to it… And Holy. Crap. It was a royal pain to set up, then it leaked everywhere. 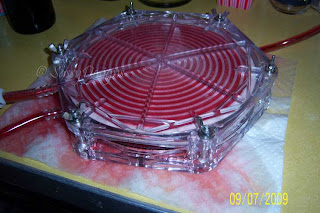 I took that picture at the very beginning of the leaking…the beginning, mind you. It got a lot worse.
You have to run sanitizer through it first, then empty it out then run your wine through, so hubby and I figured (per the instructions) we needed to tighten the wing nuts…so we did, and it seemed to at least decrease the leakage. But man oh man – when I started filtering the wine? Chaos!

It was leaking like a sieve, the rubber cap kept popping off the one carboy from the pressure, my wine filler wand was drip-drip-dripping away and I was making a mess. So I disconnected the filter mid-stream (literally) and decided to just transfer it from one carboy to another ‘straight’ leaving the sediment behind that had settled to the bottom nicely.

I had wine everywhere. On the counter-top, on the floor, on me (wishing I was drinking it, not spilling it!)…. So then it took awhile to transfer from one 6 gallon to the other, then I was finally able to bottle from the second carboy…what a pain in the ass, I tellya! I won’t be using that filter again… It’s definitely one of those that falls into ‘you get what you pay for’.
But WooHoo! I got the Blackberry Merlot finally bottled – there are a number of people who have been waiting patiently for that to happen so they can buy it through Savannah*Haven. I quickly bottled the Kahlua which then enabled me to take pictures for my giveaway. And no, you’re not too late to enter – you still have a week and four days before the deadline.
******************************
Princess Nagger is still dragging her feet every day about going to school. Every. Day. But I started something new. Bribery. Yessirreebob, I’m bribing a 6 year old. With real money. I’m paying her to go to school. Well, not so much paying her to go to school, but giving her ‘tasks’ to do at school to earn cold, hard cash. And she’s buying it. Or am I buying it? 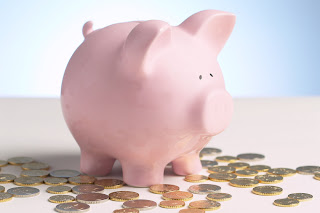 Tuesday I bribed her with a dollar if she would find out the name of the other girl sitting at her table in class. Of course I knew I’d been ‘taken’, as I was helping her across the street to get on the bus I heard her mutter “I already know her name.” Yep, she got me. Took me for a dollar.
Then she asked me on Wednesday what I’d pay her five dollars for. Five?! I had to think hard on that one…so then I suggested she find the girl she became best friends with on the bus last year (who is in the same grade but not in the same class – last year or this year, but apparently they’re ‘best friends’ according to PN).
They see each other on the playground periodically during recess, or those wonderful moments they get to have lunch together in the cafeteria, Princess Nagger is all atwitter when she gets home. So I told her to ask that girl the name of her first grade teacher. If she found that out, I’d pay her five dollars. You see where I’m going with this, don’t you?

Wednesday she gets off the bus and before she’s even off the bus, announces: “You owe me five dollars, Mama!” So I knew her mission was accomplished. And I owe her five dollars.

******************************
My update for Fitness Friday is pretty boring this week. No WiiFit again, but EA Sports Active yes. I’m discovering muscles I never thought I had – or swear weren’t there before but they now hurt. So I’m plugging along – this week there were no gains and no losses – but I’m retaining water in PMS mode, so I bet next week will be a loss treat. Hopefully not a lost treat. As long as I don’t overindulge eating chocolate. I’m not making any promises.

Me: “Why don’t you like gym? Don’t you get to play fun games like last week, when you played ‘Simon Says’ with no rules?”

Me (still laughing): “Wait – how can you not like boys when you say that Sean is your boyfriend and your other two friends are boys?”


If you’re just hanging out at home on Friday night (and blogging), feel free to join in on Ann’s Virtual Girl’s Night Out (annoying boys are welcome, too!)

Don’t forget to visit Mrs. 4444 at Half Past Kissin’ Time for fun Friday Fragments, Sara at Ordinary and Awesome for Friday’s Freewrite, Wii Mommies for Fitness Friday, and Ann Again and Again for VGNO.

WooHoo! It’s Friday! Since I’m still adjusting to this new sleep/wake schedule (and still having to remind myself that staying up until midnight is really not a good idea when the alarm is set for the ungodly hour of 5:20 … Continue reading →