Tonight was the First Grade Orientation for the Princess Nagger. We got to meet her first grade teacher, see what classroom she’ll be in this year, and see what kids will be in her class. Sort of.
I had visions of it being fun or exciting like last year’s orientation was – you know, the teacher interacting with the students, getting them all excited to start next week. Boy, was I wrong. Apparently my expectations were set high based on last year’s experience.
The letter Princess Nagger’s Kindergarten teacher sent during the summer ‘inviting’ each of her students (and their parents) to orientation was warm and inviting – and personalized. When we went to orientation the teacher was full of life, interacted with each and every child that would be in her class, and even made us parents feel welcome and excited our child was going to have the best educational experience ever. And have fun. Her kindergarten teacher was even dressed in a fun costume that reminded me of Glenda from the Wizard of Oz. 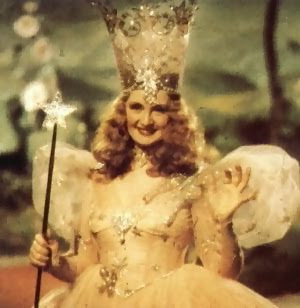 She gave out princess wands to the girls, and prince wands to the boys, created an interactive ‘scavenger hunt’ for them to locate their seats, their cubby’s and familiarize themselves with their classroom. Orientation for Kindergarten was like a big party. It was lots of fun for the kids and parents alike. It put the kids minds at ease about starting school. It put the parents minds at ease knowing their kids were actually going to enjoy their school experience.

Boy, were we sorely disappointed by the First Grade Orientation.

The teacher didn’t acknowledge ANY of the kids at all – never spoke to any of them, had them sit in their seats and directed all her comments to the parents, telling us to fill out a couple of forms before we would be ‘allowed’ to leave. Once it looked like everyone was there (there were a few kids/parents missing from orientation), she sent the kids off to the cafeteria to do ‘something’ so she could go over the ‘boring stuff’, as she called it, with the parents. PN was scared and didn’t want to go, so I let her sit next to me. The teacher didn’t make sure all the kids were feeling welcome, and wasn’t even the one to have the kids line up…I tried to get her attention before the kids left, figuring she’d give PN peace of mind that she’d have fun doing whatever it was they were going to do. No such luck.
Then she proceeded, for the next HOUR, to READ every stinkin’ page of the folder she was sending home with us tonight TO us.
In fact, she mentioned a lot of the stuff the kids will be learning in First Grade that had me looking over at my hubby and muttering “Isn’t this the same school from last year? Didn’t she learn all that stuff in Kindergarten?” The main emphasis? “They’re going to learn how to read and write this year!” Um, OK….are there kids from Kindergarten that didn’t learn that? PN already knew how to read and write before she went to Kindergarten, and improved on sentence structure and knows how to use consonance and punctuation and all that. And she reads a minimum of ‘Level 4’ books – they’ll be starting off on the basics and progressing from there.
I’m afraid PN is going to HATE school from the start with this teacher. She has NO personality, NO warmth, NO passion. She mentioned she’s been teaching 1st grade for 12 years – I think she’s burned out. She even made a comment that she and her hubby don’t have kids, because, and I quote: “After dealing with all these kids during the day, there’s no way I’d want my own.”

That gives me the impression that she doesn’t really like kids, but she’s been teaching them for 12 years. Both hubby and I were talking about it (without PN in the room, of course), and we both had the same impression of her. She reminds me of the horrible history teacher I had in high school that I learned nothing from.
I don’t know if I should call the school and see if there’s any chance of getting PN put into a different classroom, or just sit back and deal with the fall out that will happen…and I don’t want to be one of THOSE parents, either…you know the kind.
I feel bad for PN – she had such a wonderful experience last year, because her teacher was AWESOME. It’s too bad there isn’t some prerequisite that you have to be a fun teacher to teach elementary kids…or any age for that matter.
What are your thoughts? It REALLY bugs me that this teacher pretty much dismissed her students before even really meeting them. No interaction, no warm friendly smile – she acted as if the kids in the room were a major inconvenience. 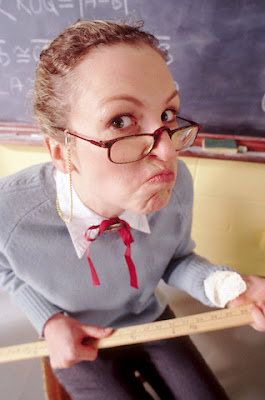 I’ve got knots in my stomach FOR Princess Nagger for next week. UGH!
Sharing is fun: