Monday has arrived, the weather has finally returned to ‘normal’ here in the Pacific Northwest – still no measurable rain, though, which as most of you know is quite unusual for us. We did have a couple of passing rain showers on Friday, which effectively cleared out the smoke in the air from the wild fires (and hopefully it rained where the fires are burning to help progress to putting them out).

Meanwhile since it is Monday, you know that Monday means music! For the month of September, our Spotlight Dancer is our friend and stellar MMMM participant, John of The Sound of One Hand Typing! The theme selected for this week is “In honor of Better Breakfast month, a musical acrostic: songs that spell out ‘breakfast.'” Let’s get this breakfast party started!

Kicking things off with the letter “B”, let’s start with a song that came to this duo courtesy of Taylor Swift, who co-wrote the tune with Train’s Pat Monahan and also adds background vocals in the song’s chorus and bridge. One of the other duo said:

“[Taylor] reached out. We [have] obviously known each other for many years. When she was first getting started we had just had our first little EP out, called Premium Quality Tunes. She still has a copy of it that we signed for her whenever we played a couple of shows together. She was excited we were getting back together and reached out and said, ‘Hey, I have a song.’ That is a short list, ladies and gentleman, of people to whom she has said, ‘Hey, I have a song, you want to sing it?’ So we said, ‘Yeah!'”

This is the only song on this album that the duo did not write and recording someone else’s tune was quite a novelty for the pair.

The song’s video has a Mad Men vibe and was shot on the Los Angeles set where the television show was filmed. It features Jennifer Nettles’ perfect housewife catching her husband (played by Superman Returns actor Brandon Routh) having an affair with flame-haired temptress Taylor Swift.

Taylor came up with the visual’s concept; she reached out to the duo saying she had an idea for the music clip then wrote the treatment. Get ready for some fun, here’s Sugarland featuring Taylor Swift with “Babe”:

Next up, representing “R”, the beat is brooding, but the lyric is cheerful in this song where the artist sings about the man who has her heart:

The man of these dreams is the British actor the artist began dating late in 2016.

The line, “Younger than my exes but he act like such a man,” refers to the artist’s dating history, which is filled with guys significantly older than her. Her current boyfriend is younger than she is: he was 26 and she was 27 when the song was released.

The epic, futuristic video was filmed at the Hawthorne Plaza Shopping Center in Hawthorne, California. It sees the songstress appear as two versions of herself. Donned in a black hooded cloak, she battles against an identical cyborg, who shoots lightning from her fingertips. The clip features homage references to various sci-fi films, particularly Blade Runner and Ghost in the Shell and is full of metaphoric imagery about the artist challenging her own identity. The artist said:

“The way that’s presented in ‘[this song]’ is basically, finding your partner in crime, and it’s like ‘Oh my god we’re the same, we’re the same, oh my god! Let’s rob banks together, this is great!’ And we’ll hear that theme carried on throughout the rest of the record, but not exactly in the same way as you heard it in ‘[this song].'” Here’s the inimitable Taylor Swift with “…Ready For It?”:

Next up, representing “E”, this mid-tempo jam finds the artist singing about a deadbeat boyfriend. “I may not be Einstein but dumb + dumb =’s YOU!” she insists.

A keen amateur violin player himself, Einstein played Bach and Mozart. During his time in Princeton, New Jersey, Einstein used to play his violin in a string quartet. Whilst he enjoyed the sessions, his colleagues were not so enthused. One of the other players complained of him after one performance: “He can’t count.” Next up, representing “A”, this sassy, hip-shaking anthem finds an independent artist rejecting traditional gender roles.

“Guys have this tendency, once they love you in the beginning and you’re the hottest woman on Earth, and then all of a sudden, it’s like, ‘Okay… where’s my food?’ It’s like, ‘What!? Are you kidding me? Take me out! What are you doing right now?’ But it’s a really fun song and everybody seems to be responding to it really well so I’m happy about that.”

The song was co-written by Meghan Trainor, who also contributed backing vocals. Get ready to dance, here’s Jennifer Lopez with “Ain’t Your Mama”:

Next up, representing “K”, this was this duo’s biggest hit, this song’s bouncy rhythm belies the heartbreak in its lyrics – the singer has lost his girl and is in a state of willful denial, consciously telling himself that even though he is torn up inside, he is going to tell himself that everything will be fine, thus making him the king of wishful thinking. The words seem of little consequence in the song, since most listeners get a happy vibe from it.

The duo had a few hits in their native England, but had not broken through in America. The songwriter, who is also English, wanted to change that.

“I wanted to make [the duo] have a little bit of an edge for America. America, I thought, would accept a little bit of funky soul from them. And with Pete Cox’ vocals, you can’t go wrong. He’s an extraordinary vocalist, and when you’ve got a singer like that getting on the mic and playing with your melodies, you’re pretty fortunate.”

This song was featured in the 1990 movie Pretty Woman, starring Julia Roberts, and included on the soundtrack. It was not written for the film, but duo’s record label was associated with the soundtrack, and when executives heard the demo, they asked to use it. The song doesn’t make much sense in context of the film, but it had a fresh sound that helped carry its scene and boost sales of the soundtrack to over three million. 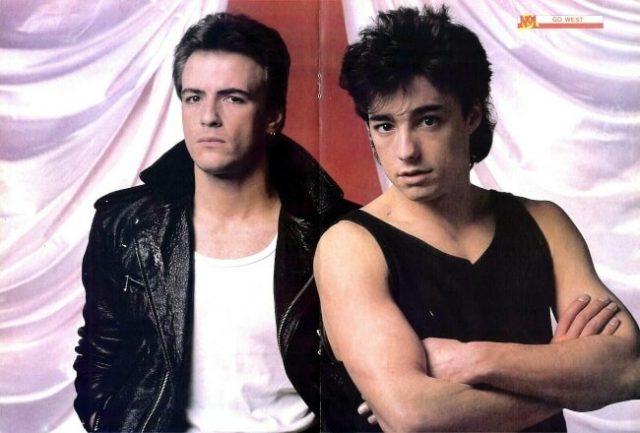 Give a listen to Go West with “King Of Wishful Thinking”:

Next up, representing “F” is a song is about a man who has an affair with a married woman. It did very well on Adult Contemporary radio, where many people heard it as background music and didn’t listen to the lyrics, and the first hit for this DJ-turned solo act.

Directed by Nick Egan, the music video got a lot of airplay on VH1. Mark McGrath, lead singer of Sugar Ray, shows up in the video as an auto mechanic. 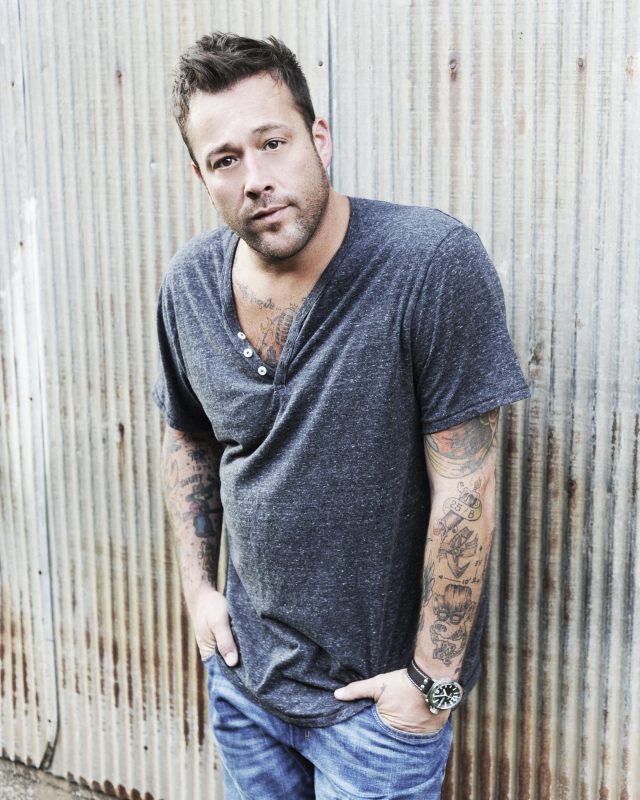 Give a listen to Uncle Kracker with “Follow Me”:

Next up, representing the other “A” is a foot-stomping rocky hoedown giving this artist a dip into Nashville waters, which is no surprise to those who know her, as she’s said that she is a big fan of country music, especially Johnny Cash and Garth Brooks.

The track is about doing your own thing and spitting in the face of those who don’t like it. 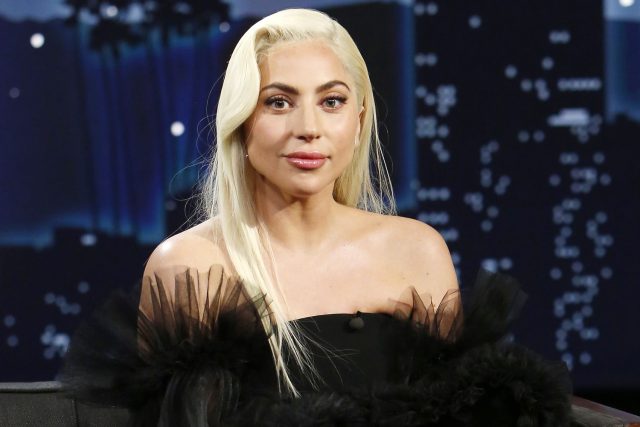 Get ready to dance, here’s Lady Gaga with “A-Yo”:

Next up, representing “S” is a song I recently shared – and I’m sharing again because I love it. It’s the band’s first new music in nearly three years. The frontman said:

“Since the beginning, we’ve always set out to get people up on their feet, smiling and dancing when they hear our music.

‘[This song]’ felt like it had that special sauce when we were making it in the studio, and we’re already seeing the song work its magic when we play it live. We’re so excited to share it as our first new single in years. So, to all you summer lovers…this one is for you!”

The video captures picturesque summery vibes with the band and friends hanging out at a backyard pool party. 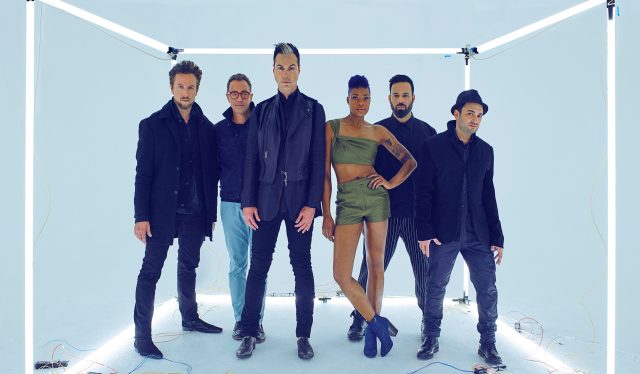 Get ready to dance some more, here’s Fitz and the Tantrums with “Sway”:

Last, but certainly not least, representing “T”, this steel guitar-laced song leans on a familiar country music theme: the support that alcohol brings. The artist humorously honors the titular beverage, explaining why tequila brings her more comfort than the beer-guzzling cowboy. The singer goes on to admit that drinking doubles leads her to trouble but nothing else gives her “that border town buzz.” She said:

“‘[This song]’ is country. And country music makes me happy. No matter how rock or edgy or scorned you can get, when you come back to a country song with a steel guitar, it makes my soul feel like it’s on fire.”

The tequila-soaked video shows the artist throwing a rainbow-hued summer party starring some of her friends and family, including her brother Luke and his husband Marc, her shirtless husband Brendan McLoughlin, Brendan’s brothers K.C. and Patrick, and artist’s friend and background singer, Gwen Sebastian. 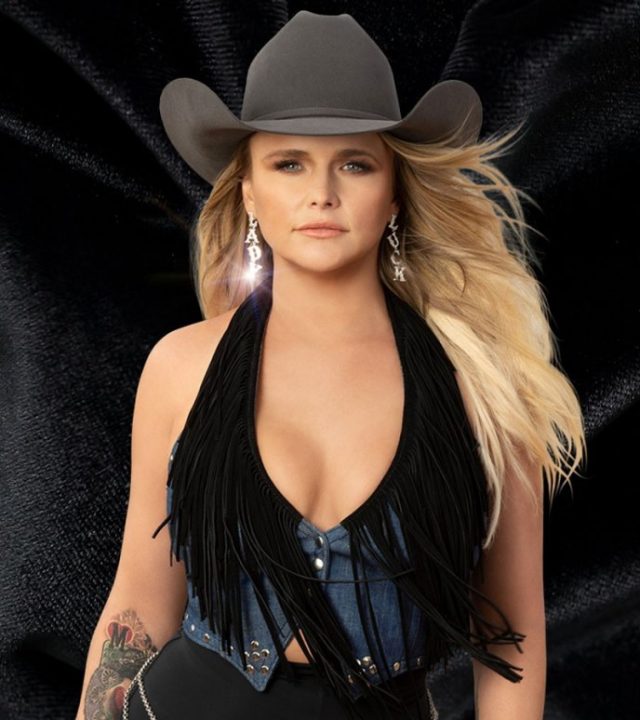 Without further ado, here’s the inimitable Miranda Lambert with “Tequila Does”:

Future Me with an Unbreakable Smile during the Good Old Days because i’ll just Shake It Off!

Monday has arrived, we’re finally settling down to ‘normal’ temps here in the Pacific Northwest – 70s and 80s instead of “90s feels like 100-something.” I’ll take it. I’m ready for fall – my favorite season.  Meanwhile since it is … Continue reading →

3 thoughts on “Babe …Ready For It? Einstein knows i Ain’t Your Mama, he’s the King Of Wishful Thinking so Follow Me A-Yo we’re gonna Sway like Tequila Does!”