Monday has arrived – and since it is Monday, you know that Monday means music! For the month of May, our Spotlight Dancer is our friend and stellar MMMM participant, Robin of Songbird’s Crazy World! The theme selected for this week is “In honor of Robin’s daughter’s 30th birthday, build a playlist from the year you turned 30.” Let’s get this birthday party started!

Let’s start with an artist who played a soft-spoken singer on an Aaron Spelling drama: The Heights. The short-lived series follows a group of young adults who form a rock band, an idea Spelling borrowed from the 1991 movie The Commitments. When that show was canceled, Spelling added him to the cast of another favorite show, Beverly Hills, 90210.

Singing from the perspective of his shy character, the singer tries to muster the courage to talk to a female sax player he likes. As the lead single, the theme song peaked at #1 on the Billboard Hot 100. Unfortunately, The Heights wasn’t as successful: It was canceled less than a week after the single dropped off the top of the chart. The songwriter (who wrote all the songs for the show) remembers being blown away by the singer’s audition:

“Jamie Walters came in to audition in my studio and played ‘So Hot’ on guitar. I immediately loved the sound of his voice and the hooky, bluesy licks. I called Spelling and said, ‘You should hire this guy. He looks like James Dean and sounds like Bryan Adams. And he can act!”

The character he played on 90210 was a love interest for Donna in 1994. That particular character was written to be a philanderer and abuser in addition to being a singer of blues-tinged love songs, and the fans wouldn’t let the actor live it down. In real-life, he was still a musician signed to Atlantic Records, and his character’s reputation wasn’t helping his ticket sales. He recalled: 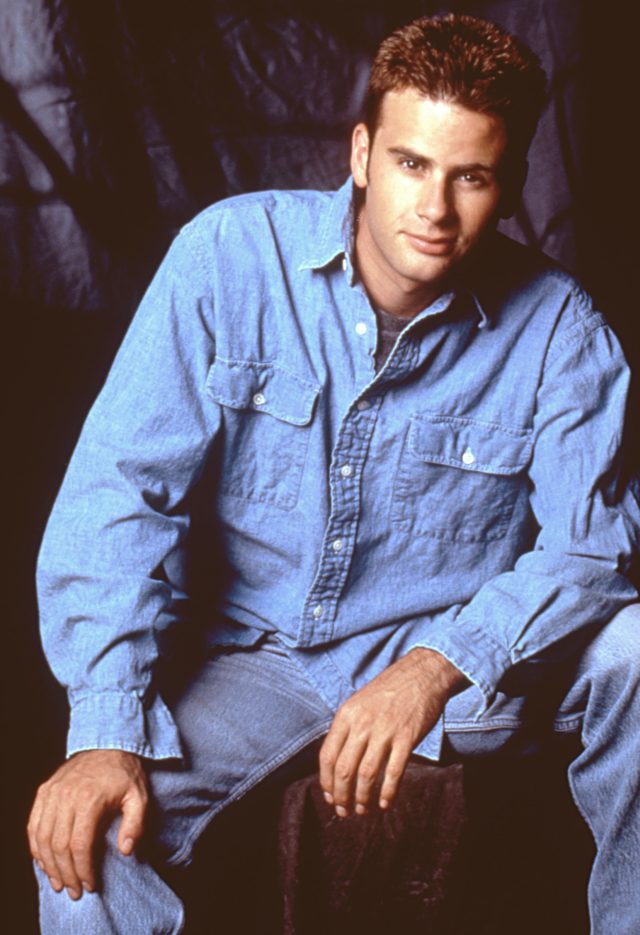 Get ready for goosebumps, here’s Jamie Walters with “How Do You Talk To An Angel”:

Next up is a song that best represents the country music craze in the early ’90s. As the audience for “Old Country” artists like Willie Nelson and George Strait waned, younger listeners turned to “New Country,” which had slick production and pop melodies. This song led the charge, crossing over to Top 40 radio and becoming a huge hit. Purists hated it and blamed the artist for desecrating country music, but it led the way for artists like Shania Twain and Faith Hill, who had massive pop success with country songs.

Born and raised in Flatwoods, Kentucky, the artist first worked as a car salesman there, and dreamed of being a professional baseball player. He made his singing debut in father’s gospel group.

This song became the most popular and prominent of the United States line dancing craze of the early ’90s. Thanks to this song, the album went to #1 for 17 weeks – a record for a debut artist. One artist that was held off the top spot by this artist was Megadeth, whose Countdown to Extinction had to settle for #2. The group’s rather impolitic leader was not pleased; he was quoted as saying:

“All those fat f–kin’ housewives in the Midwest, and this guy with this funny haircut, and that song, it just resonated with the American people and people bought into it, and there was no shaking it. His song was a novelty.” 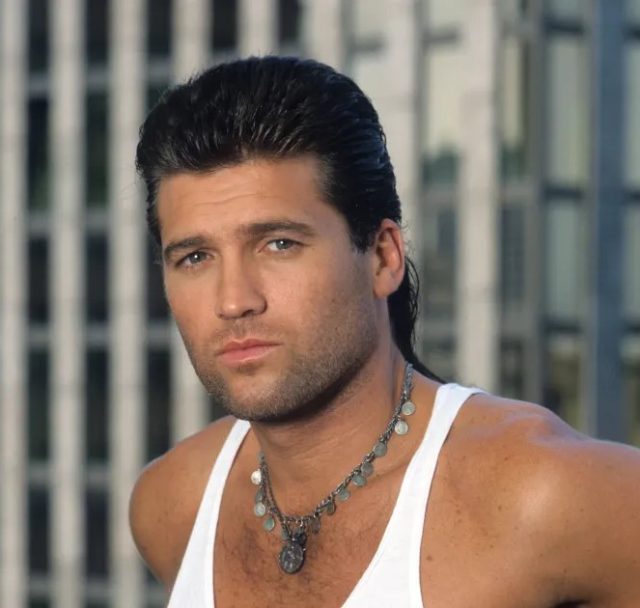 Next up is a song that was this artist’s comeback song. All of his previous hits were written by his piano player, and after they had a falling out, the artist released several unsuccessful albums before reuniting with the piano player for the album this song is on, which had a very similar sound to his previous hits, and the piano-driven style went over well with his old fans as well as a new generation of listeners, helping make it a massive hit.

The song’s writer called it a “Beauty And The Beast” kind of story. As for the meaning, he explained:

“What he ‘won’t do’ is said about six times in the song very specifically. It’s sort of is a little puzzle and I guess it goes by – but they’re all great things. ‘I won’t stop doing beautiful things and I won’t do bad things.’ It’s very noble. I’m very proud of that song because it’s very much like out of the world of Excalibur. To me, it’s like Sir Lancelot or something – very noble and chivalrous. That’s my favorite song on the record – it’s very ambitious.”

This is by far the biggest hit of this artist’s career, going to #1 in America on November 6, 1993 and spending five weeks at the top. The artist won his only Grammy Award for this song, taking the trophy for Best Rock Solo Performance. He was never even nominated for any others, and sadly passed away this past January (2022). 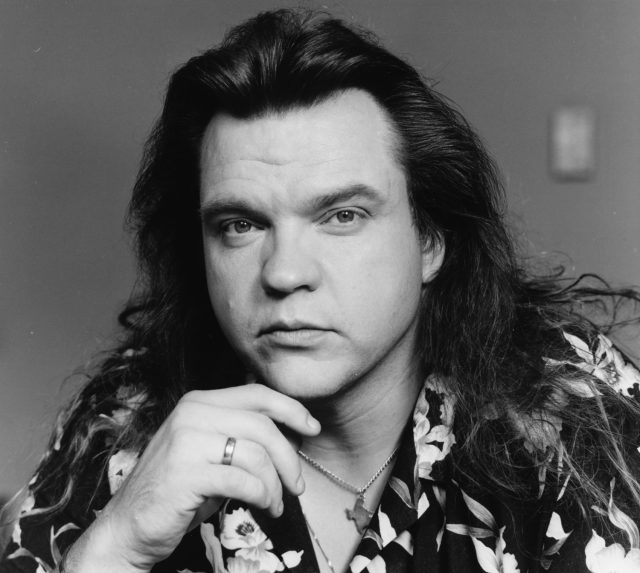 Give a listen to Meat Loaf with “I’d Do Anything for Love (But I Won’t Do That)”:

Last, but certainly not least, is a song that’s always been part of my workout rotation. The all-female R&B group released this song in response to the 1992 Los Angeles Rodney King riots. The song opens with the lines, “Prejudice, want a song about it? Here you go,” which comes from the TV series In Living Color, spoken by David Alan Grier’s character Calhoun Tubbs. 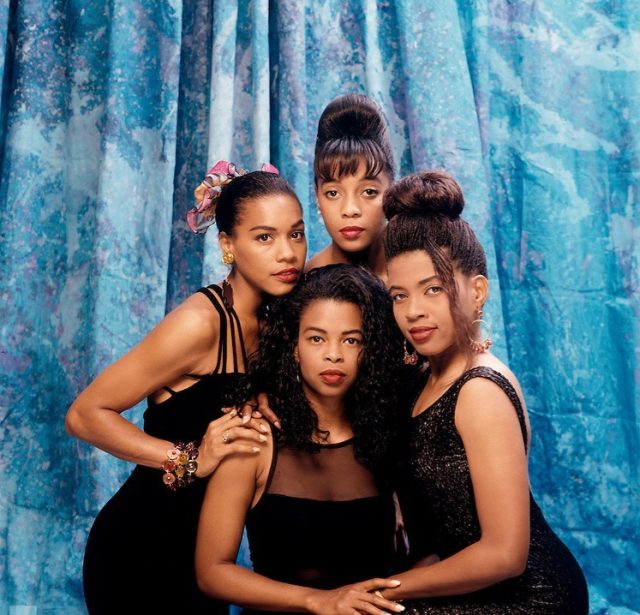 Get ready to dance, here’s En Vogue with “Free Your Mind”:

Tags: Achy Breaky Heart, Billy Ray Cyrus, En Vogue, Free Your Mind, HOP, How Do You Talk To An Angel, I'd Do Anything For Love (But I Won't Do That), Jamie Walters, linky, Meat Loaf, Monday Hops, Monday Music Moves Me, Music, Music Monday, Music Video
Recent Related Posts

5 thoughts on “How Do You Talk To An Angel with an Achy Breaky Heart because I’d Do Anything For Love (But I Won’t Do That) so Free Your Mind!”