Monday has arrived, we’ve been enjoying gorgeous weather here in the Pacific Northwest (can you believe it? no rain over the weekend, and none predicted in the 10-day forecast) and this weekend was the 100th Celebration of Egg Days here in my tiny town. More on that tomorrow.

Meanwhile, Monday means music, so let’s get to it! For the month of June, our Spotlight Dancer is our friend and the fearless leader of Monday’s Music Moves Me (her brain child), Marie from XmasDolly! The theme selected for this week is “Build a playlist of your favorite songs from the 80s or 90s”. So many great songs from those two decades (in my opinion) – let’s get this party started!

Let’s start with a song from 1981, this group’s most enduring and most famous song, while not their biggest chart hit. The line, “Strangers waiting, up and down the Boulevard” is a reference to Sunset Boulevard in Hollywood, where dreams are made. The keyboard player got the idea for the song when he went there to pursue his career. He was quoted as saying:

“The song began with the chorus. My father had coached me. I was in Hollywood, struggling with my career, kind of lost. I was asking him, ‘Should I come back to Chicago and just give up on this dream?’ And he said, ‘No, son. Stay the course. We have a vision. It’s gonna happen. Don’t stop believin’.'”

His dream came true when he joined a group called The Babys with John Waite. In 1980, he joined this group in San Francisco, and this song took shape.

He told the lead singer about his idea for placing the song in Sunset Boulevard, and the lead had him describe it.

The popularity of the song saw a resurgence in the 2000s when it was used in a multitude of movies and TV shows. 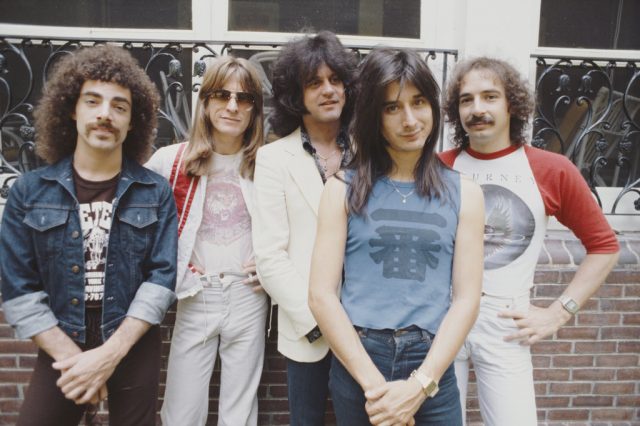 Give a listen to Journey with “Don’t Stop Believin'”:

Next up is a song from 1986 that tells the story of Tommy and Gina, two kids working to make it on their own despite constant hardships. It struck a chord with America’s youth, especially the ones from New Jersey. The characters in the song relate to the working-class fans this group played to: Tommy works on the docks, while Gina works in a diner (of which there are many in Jersey).

The characters Tommy and Gina were based on a real life situation the songwriter encountered in the late ’70s with his then-girlfriend, Maria Vidal, whom he was living with. According to his notes, he was a New York taxi cab driver and Maria was a singing waitress in a diner. Maria was nicknamed Gina by her fellow employees due to a physical resemblance to Italian actress Gina Lollobrigida.

On VH1’s The Greatest Songs of the ’80s special, this was voted the best song of the decade. 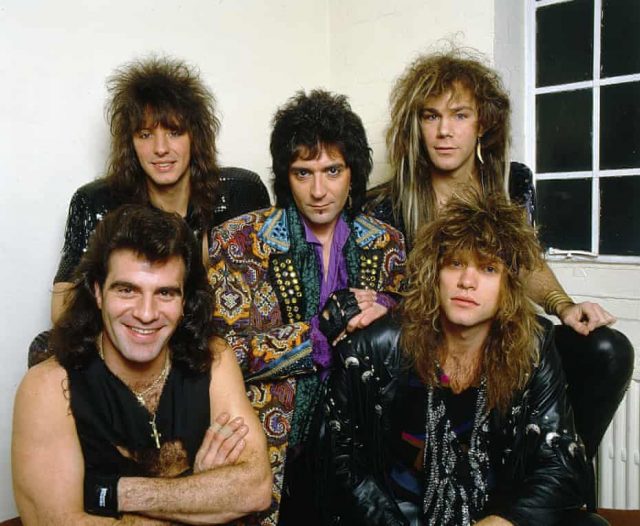 Here’s Bon Jovi with “Livin’ on a Prayer”:

This next song from 1990, is a ballad about a cowboy who turns up at the engagement party or wedding reception of an old flame is a crowd pleaser. The artist introduces it with a four note arpeggio on his acoustic guitar, which inevitably brings roars of applause, as it’s widely recognizable. After the second verse he invites the audience to sing the mysterious third verse – which is only ever performed live, and which contains – by 21st Century standards – an extremely mild expletive.

This was a #1 hit on the Country chart. Throughout the ’90s this artist notched a total of 17 #1 hits (his first chart-topper was released in 1989). The artist snapped up the tune after George Strait passed on it.

Fun fact: Listen closely to the rowdy chorus and you’ll hear someone yell, “Push, Marie!” That’s because the artist’s guitarist was at the hospital with his wife, Marie, who was having a baby. The artist kept the shout-out in the mix for good luck. 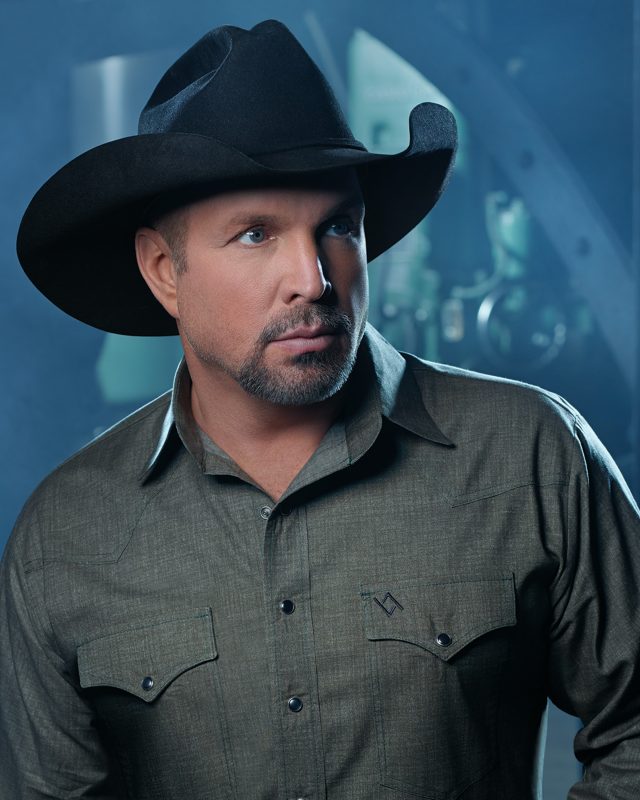 Get ready to dance, here’s Garth Brooks with “Friends In Low Places”:

Last, but certainly not least, the songs on this 1995 album are very Zen, including this song. It finds the artist staying composed and relaxed in a maddening world, all the while railing against conformity.

The artist wrote this song with the producer of the album. She was quoted as saying:

“I was scribbling all these dichotomies and dualisms. Human beings are all things. At any given moment, if you said, ‘What are you feeling right now?’ I’d probably be feeling 16 different things – it’s rare that I feel one emotion at any given time. So I thought, I’m just going to chronicle in this moment right here while Glen’s out of the room. When Glen came back in the room, I showed him the piece of paper and he started playing while I sang the lyrics. We wrote that song in about 15 minutes.”

It never reached “Y.M.C.A.” level, but when the artist performs this in concert, audience members often do some hand gestures to interpret the lyrics about what the free hand is doing as she sings. She performed this during her first Saturday Night Live appearance on October 28, 1995. 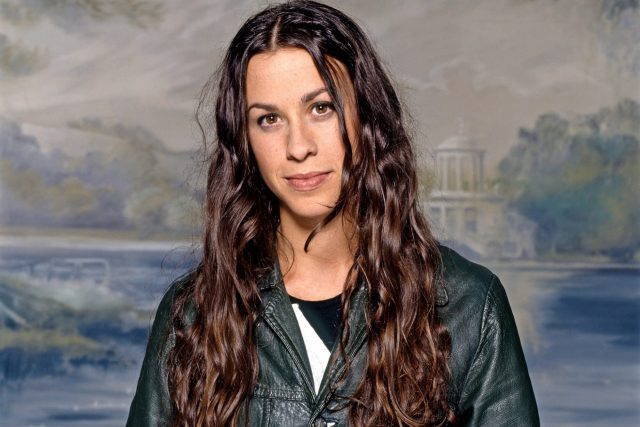 Without further ado, here’s Alanis Morissette with “Hand In My Pocket”: